As the strong dust event is currently ongoing over Europe, we are going to take a look at the state of the Atlantic ocean and some global sub-surface anomalies, which are usually not so easy to find online. But we got you covered with our own high-resolution graphical production.

Sea surface temperature in North Atlantic is always very dynamic, because of the well known “Gulf Stream”. A constant stream of water that transports warmer waters further up north. That can be easily spotted on the first map, where we can see that warm stream of water flowing up along the east coast of North America, before turning more Eastward where it “spills” into the North Atlantic. It is very complex, and thanks to its warm temperatures, it can sometimes create large temperature differences in the ocean over a short distance. The warm Gulf Stream meets the cold Labrador current that comes down from Labrador and Newfoundland. 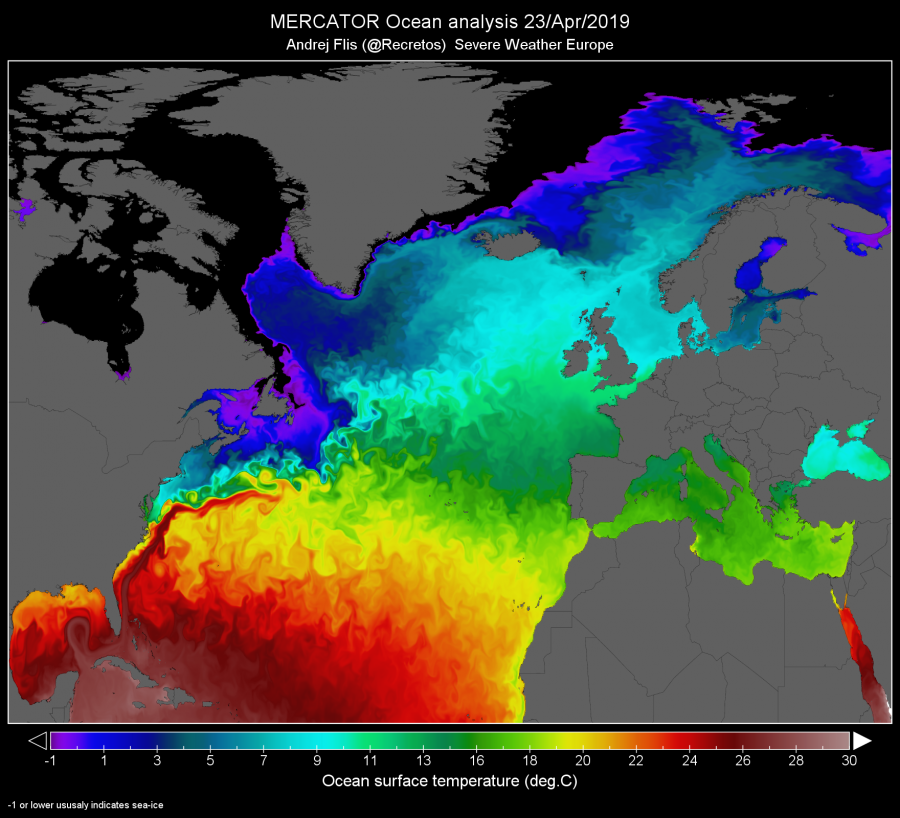 We can better visualise the Gulf Stream if we look at the ocean current velocity. Here we can see a strong (strong for ocean currents) surface flow in the same area as the stream of warm waters on the image above. We can see how it starts to break apart and mix with surrounding waters further into North Atlantic, where it starts to interact with colder currents from the North.

Looking below the surface globally, we see the temperature anomalies at 50m depth. North and Central Atlantic are colder than usually, while the equatorial Pacific is warmer due to the ongoing positive ENSO phase. 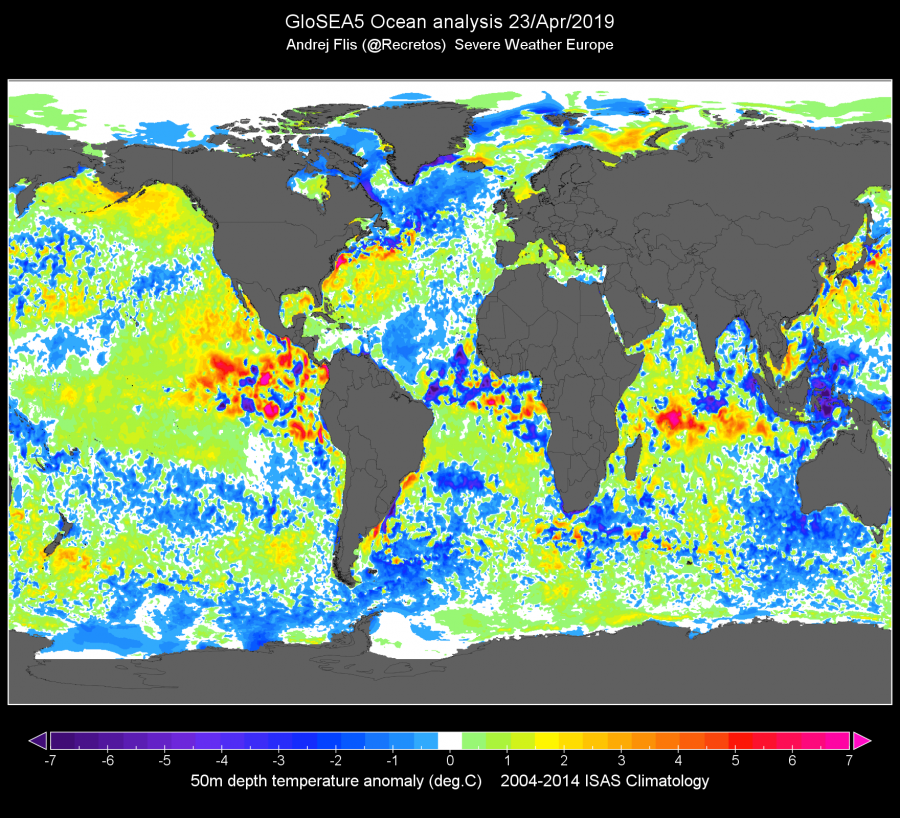 Sometimes we also look at salinity anomalies. Negative anomalies usually mean that there is less salt present, which indicates more fresh water. That can happen due to mixing with deeper layers which have less salinity, or because of large amounts of rain sometimes over tropical regions or Mediterranean. And sometimes we can have lower salinity due to the fresh water from ice melting, which is more common in North Atlantic. Usually there is never only one factor that affects salinity, but all of the above. 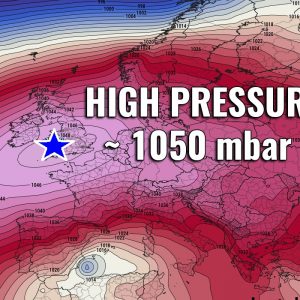