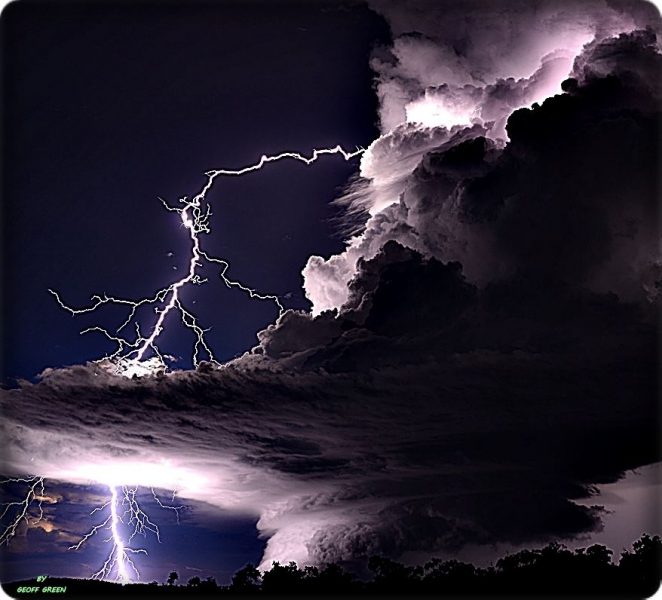 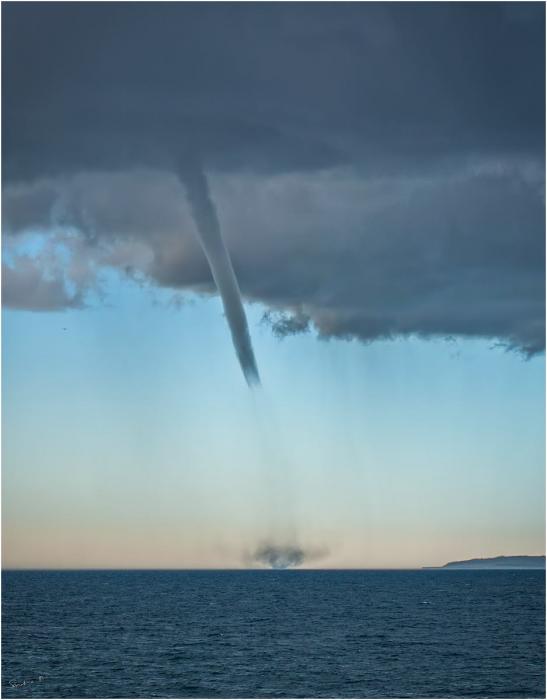 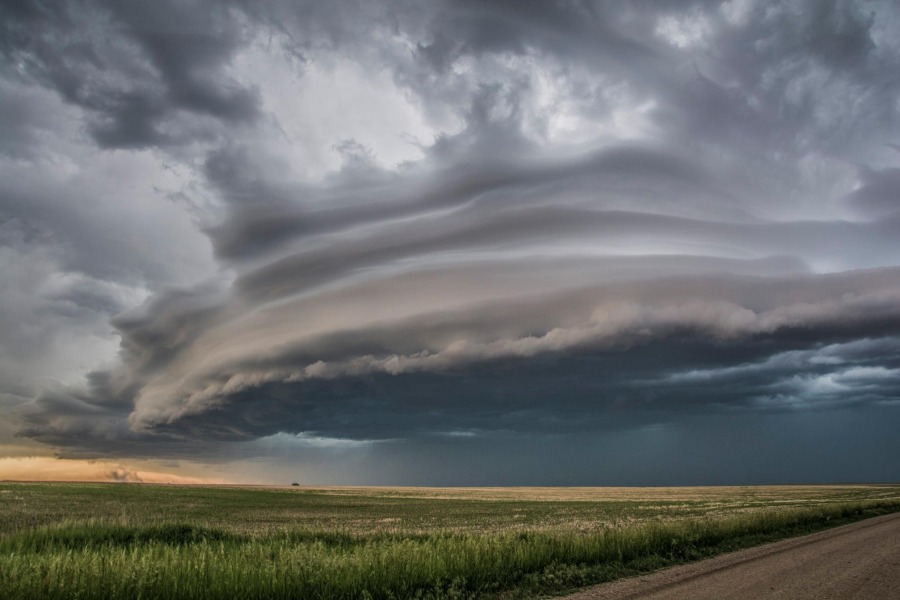 “Long time ago that I was here…So here I go again…
After spending the morning in Sioux Falls Park, SD on June 2, 2016, we went to the NW near La Plant and saw a shelf coming towards us in tiny babysteps ;) Was just wow… We stood on that spot for probably 1.5h or so I guess…You even see a gustnado on the left side… This is a part of the shelf I show you now…ENjoyyyyyyyy!!!” by Elisah Vanhee. 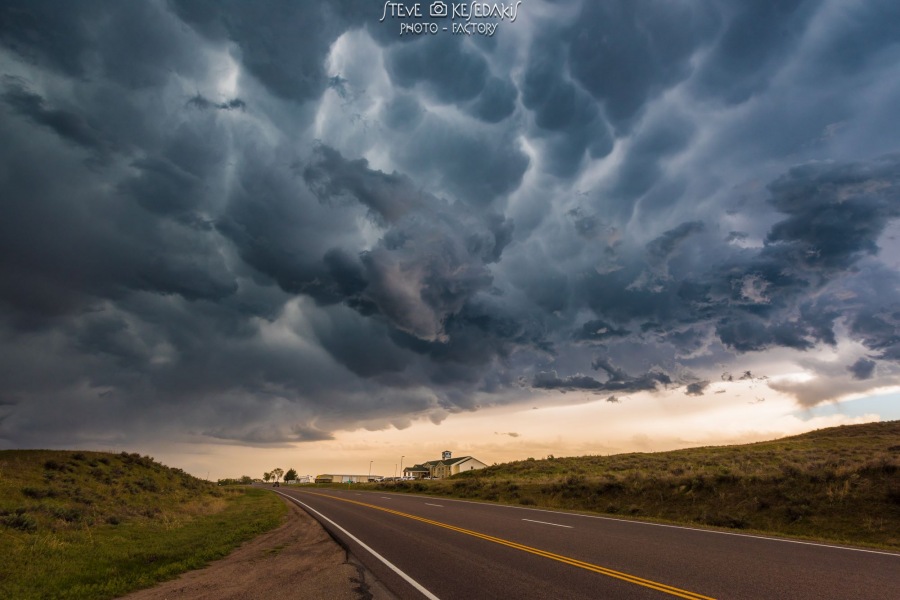 “Supercell – Sasbachwalden, Black Forest, Germany. Multiple cells were lined up like pearls of a necklace, waiting to cross the french Voges into the Upper Rhine Plains on the evening of July, 7th 2015. We managed to catch the first of the line on its way through the plains to my home town Baden-Baden, where it dropped hailstones of up to five centimeters” by Patrick Zeiler‎. 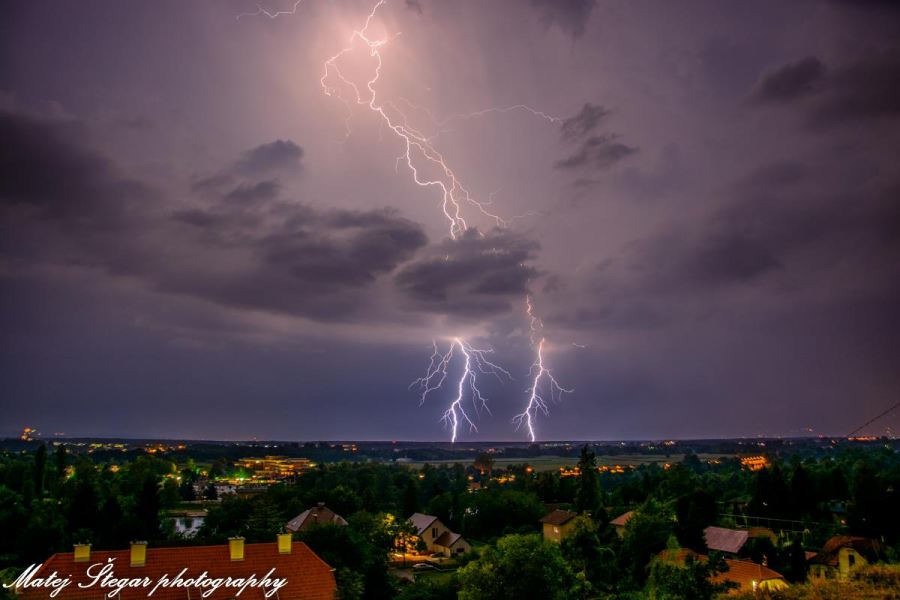 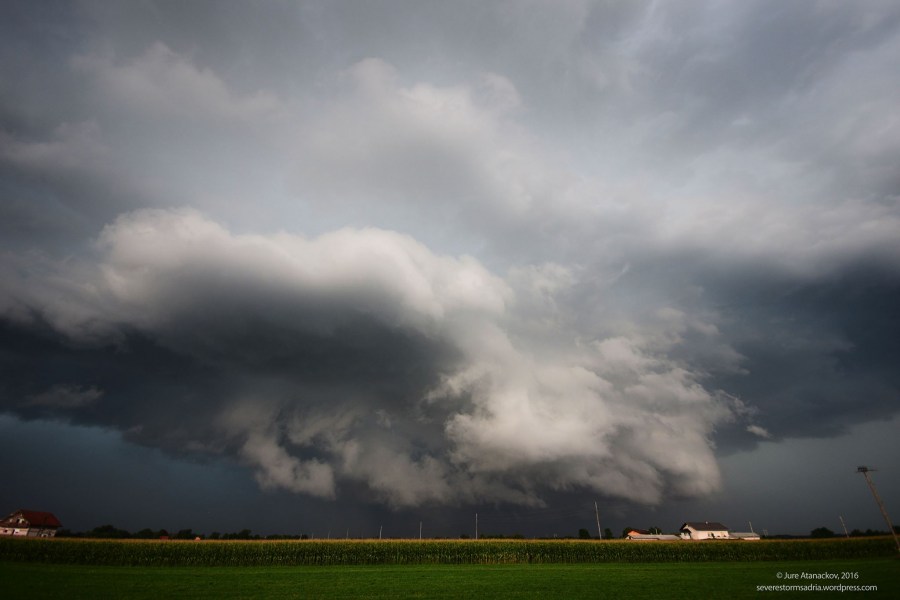 “View towards the wall cloud on the severe August 15, 2016 Maribor (NE Slovenia) supercell. Very wide field (10 mm on DX sensor). Wall cloud nearly scraping the ground, this was near the maximum intensity of the thunderstorm. It produced hail up to 10 cm in diameter and severe wind damage. My most severe storm of the 2016 storm season and the first in a line of at least 4 supercells on this day!” by Jure Atanackov‎‎. 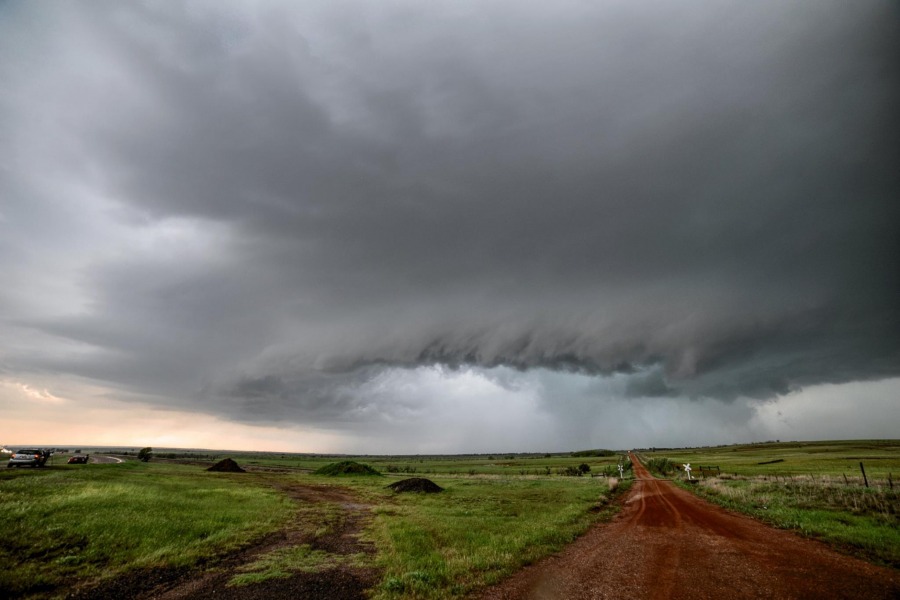 “If you look closely you can see a hidden tornado deep in this supercell’s hail shaft. Taken in Oklahoma, April 2016” by Kirby Wright‎.