“A flash of lightning revealing a nighttime tornado touching down, Illinois, March 2016” by Kirby Wright‎.

“Stormfie in front of Dodge City supercell 5/24/2016” by Nikola Pavlovic‎. 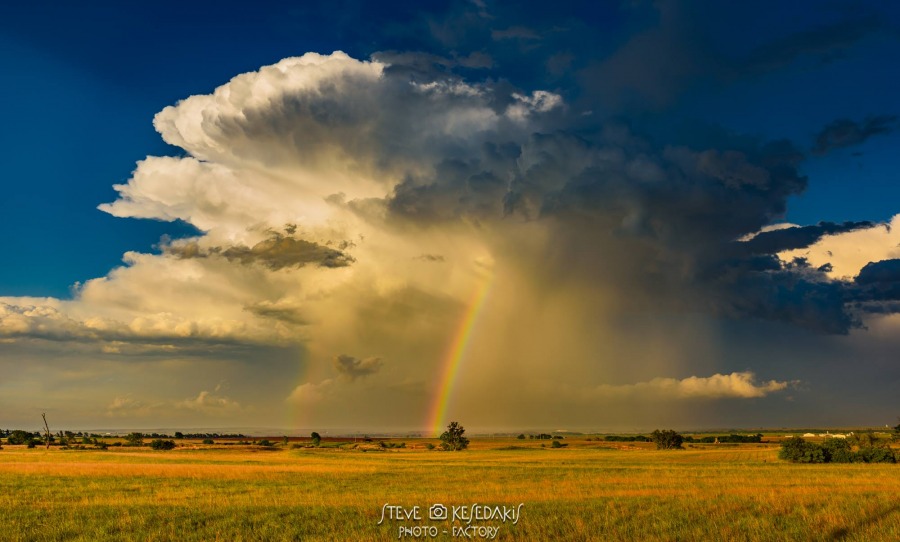 “A photogenic supercell with a double rainbow travelling at Kansas landscapes…..May 8th 2016” by Stavros Kesedakis‎. 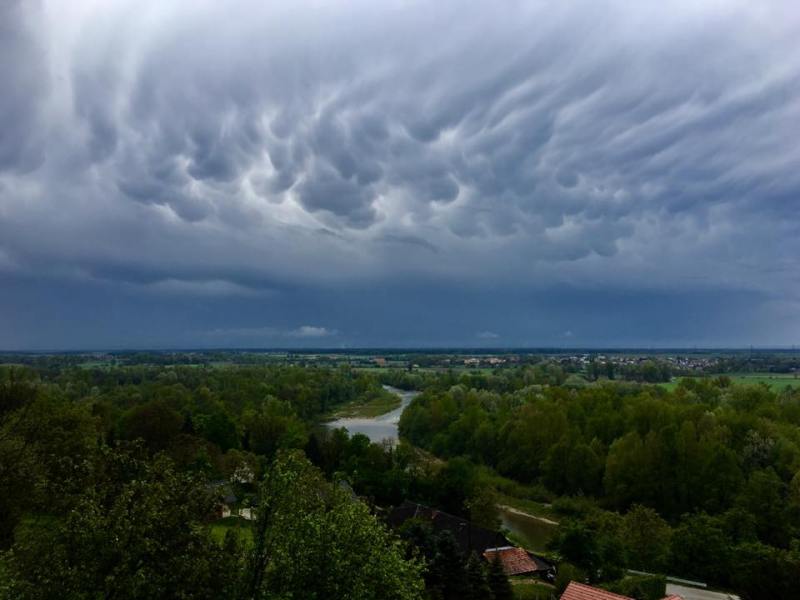 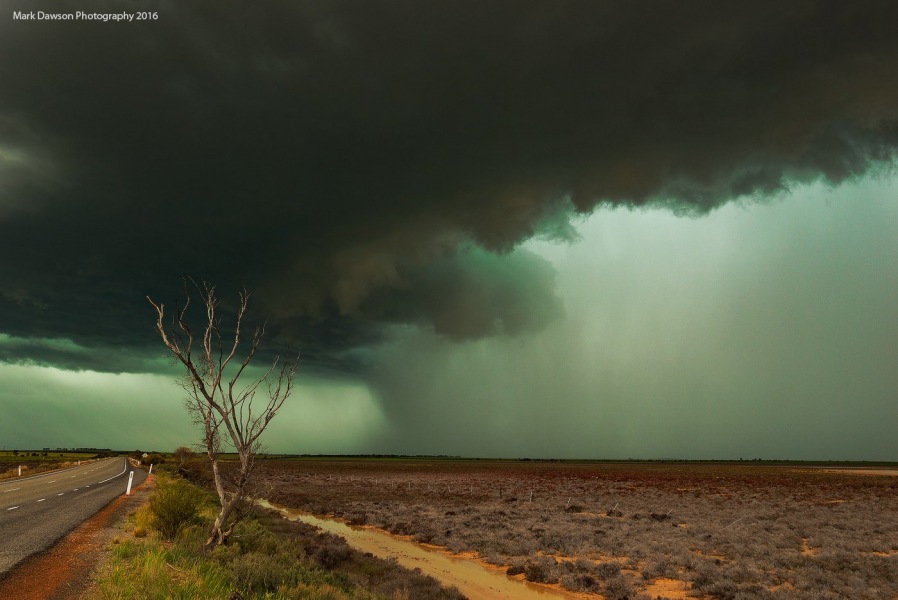 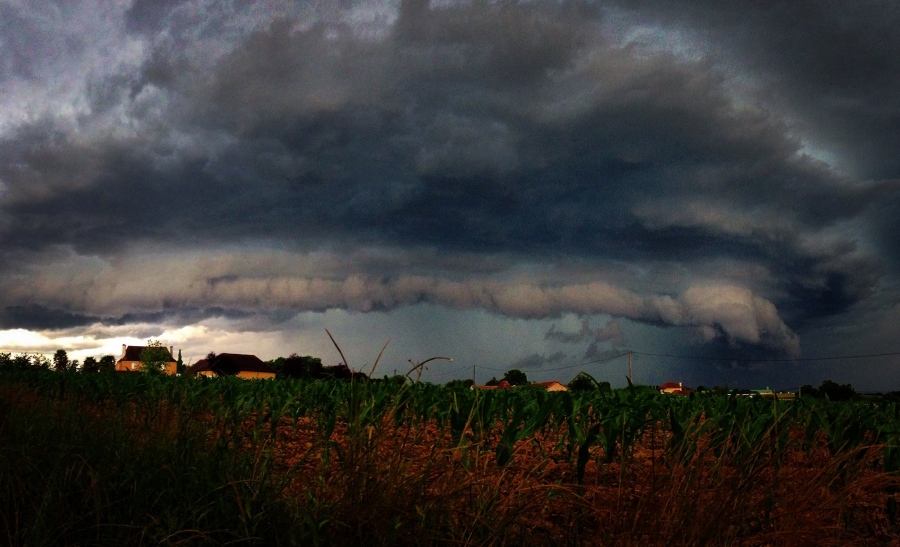 “A perfectly timed photo of a passing storm at sunset with a fading rainbow… through my window near Ljubljana, Slovenia (Aug 2016)” by Nina Lozej‎.

“Ground grazing wall cloud of an HP Supercell near Mechernich, Germany on 27 May 2016. Its inflow base was in fact lower than our viewpoint, a truly fascinating sight :)” by Michiel Baatsen.

“This is perhaps the scariest lightning event I’ve ever witnessed, it was about 8 – 10km off from where I was and the only thing I saw was an intense blast of red/orange light, and then the electrical system shutting down up the valley. Then when the thunder hit, I’ve never heard (or felt) anything quite like it. It was game over after this, though as the trigger I had on the camera stopped working and the camera went screwball for a while. Northern Catalonia, 31st July 2015” by Sean Needham‎.