The most western island of the Azores – Flores – will be hit by an ex-hurricane Helene storm this evening. Helene is bringing tropical storm force winds into the area and expected to transforms into a post-tropical storm tomorrow.

Helene is actually still displaying a quite impressive satellite presentation this afternoon, despite gradually losing its tropical behaviour. We can see quite a large system approaching western Azores with a significant amount of deep convection across the areas SW of Azores. Notice also Tropical storm Joyce to the SW of Helene. 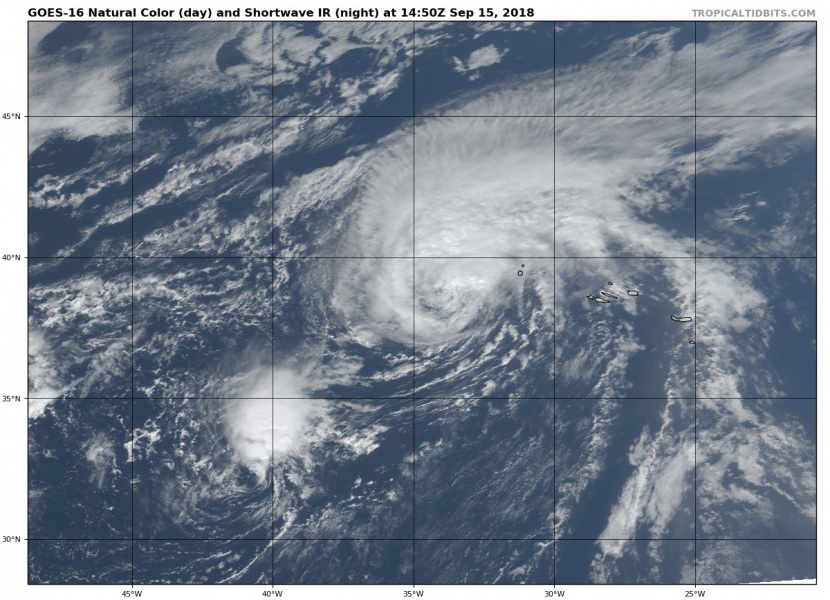 Tropical storm conditions should spread over portions of the Azores during the next several hours and continue through tonight. Squalls of heavy rainfall are expected as well at times. 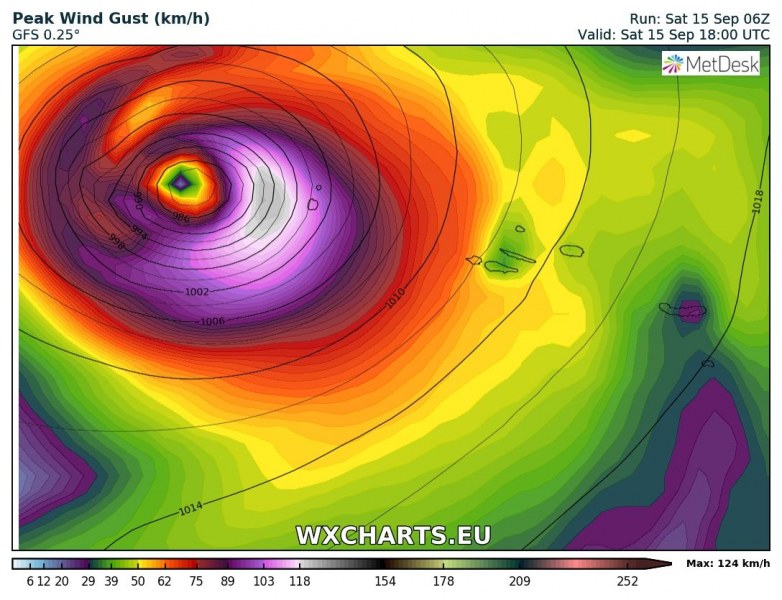 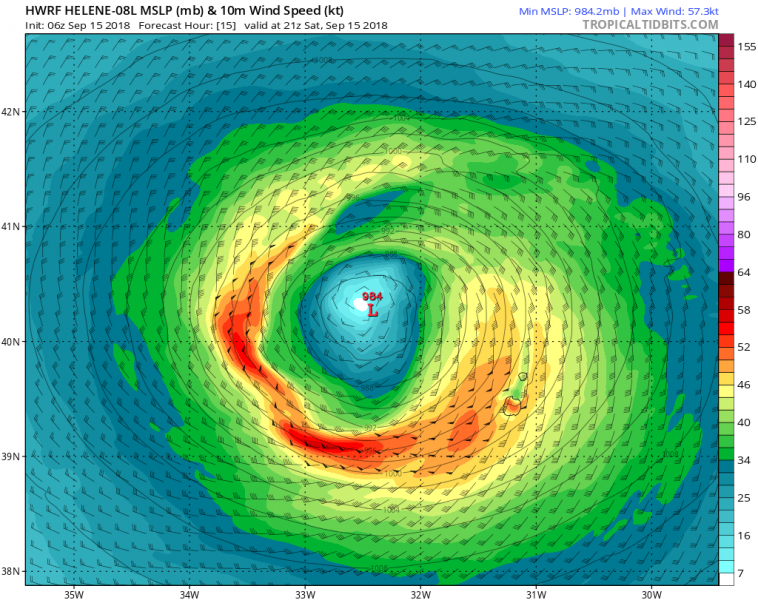 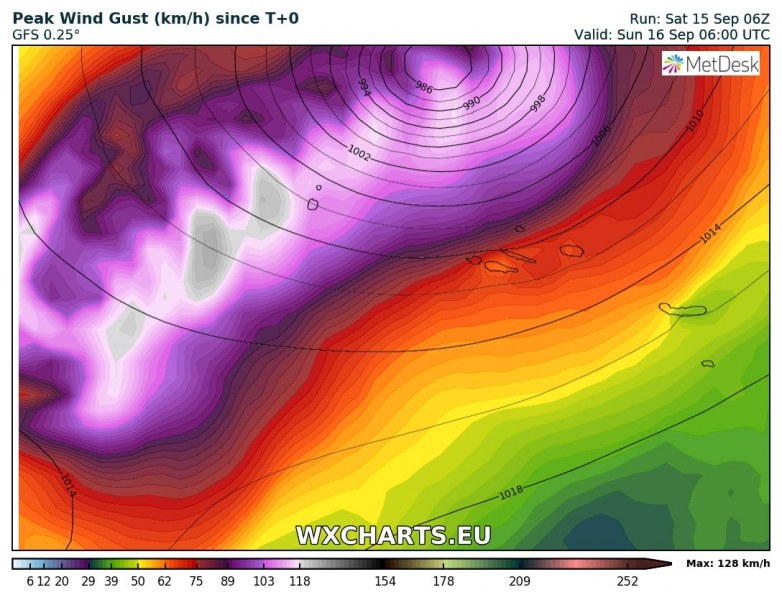 As noted in our previous discussions on Helene, it is also expected that after it loses tropical characteristics, Helene will remain a strong storm-force post-tropical cyclone when it approaches Ireland and the United Kingdom on Monday. 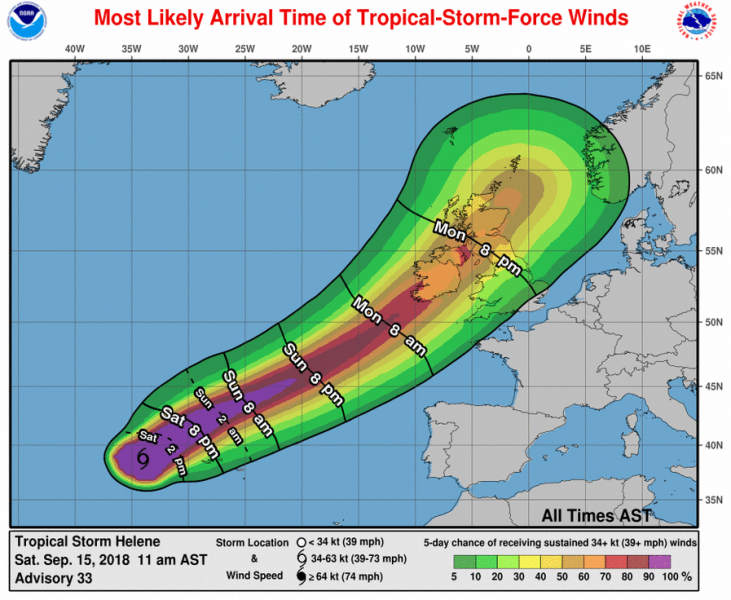 We will have more updates about cyclone and windstorm soon.