The unusually warm summer with several prolonged heat waves still reverbrates in the Baltic sea as it remains much warmer than average. Parts of the sea are up to 3-4 °C above average!

As is the case with the Mediterranean sea, the Baltic sea is unusually warm. Latest analysis indicates parts of the southern and northeastern Baltic, along the coasts of Poland and Finland, is 3-4 °C above the 1982-2010 average. Elsewhere the temperature is about 1.5-2.5 °C above average. This translates into temperatures of about 18-19 °C in the southern part and 15-16 °C in the northern part. 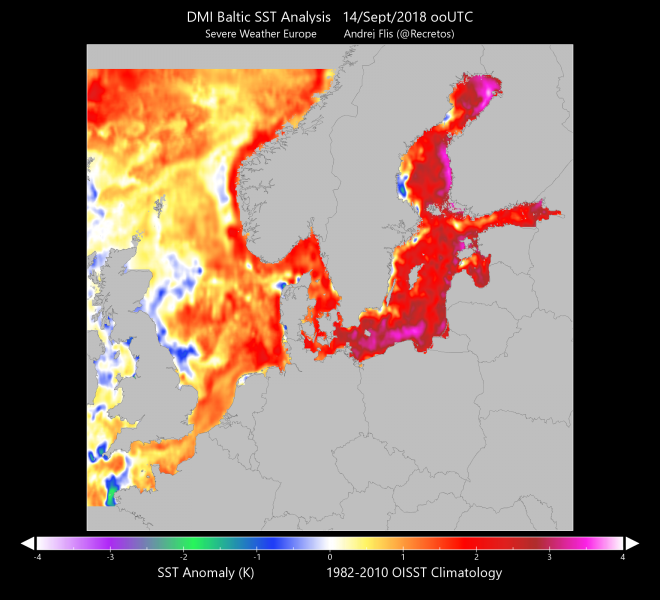 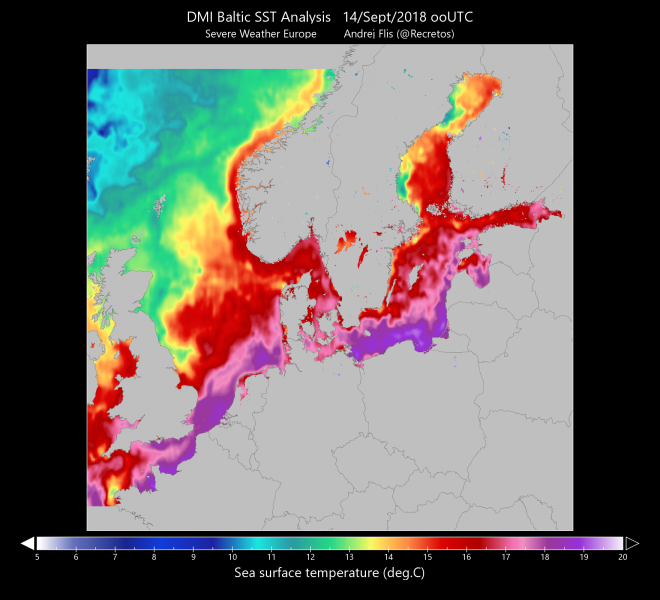 Such warm sea provides a very favourable environment for the formation of waterspouts and late season thunderstorms. If such above average temperatures persist until winter, the countries along the southern and eastern coast of the Baltic sea may be looking at unusually strong sea-effect snowfall.