It has been an active week with storms across many parts of Europe this week. One particularly active period was the mid-week days, Tuesday and Wednesday along with the frontal system across central into eastern Europe. In the early Wednesday morning, July 2nd, Polish storm chaser Łukasz Żak photographed a stunning shelf cloud along the leading edge of a large MCS cluster near Krzywica, Poland.

A mesoscale convective system (MCS) is a complex of numerous organized thunderstorms. The complex is usually much larger than the individual thunderstorms and normally persists for several hours. They are especially active during nighttime hours. 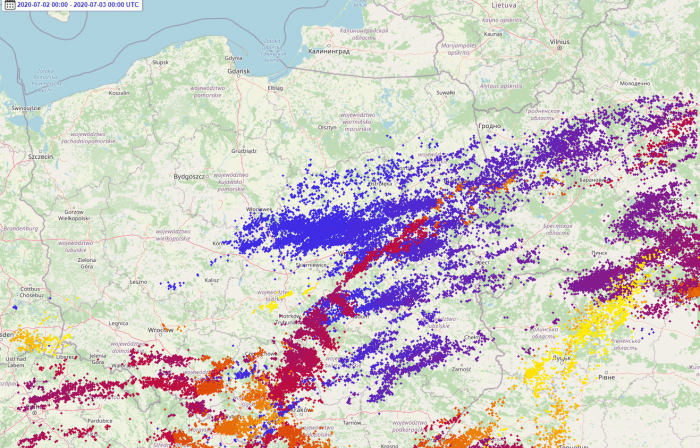 The MCS moved from Greater Poland through Kujawy to Mazovia. Additional storms were forming along the leading edge on the system’s southern flank. The complex of storms then continued towards the southern part of the province Podlasie, the eastern part of the province Mazowieckie (poviat Siedlecki) and towards the Lublin region, in southeastern Poland. The main threat along the path of this system and a squall-line were severe gusts exceeding 90 km/h in some areas.

What is a she’f cloud? 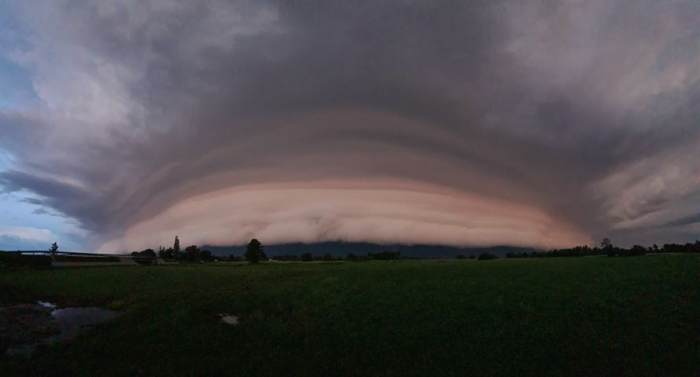 An arcus cloud is a low, horizontal cloud formation that often forms along the leading edge of a moving thunderstorm. It is appearing as an accessory cloud to a cumulonimbus. Arcus clouds most frequently form along with the thunderstorm’s outflow with the sometimes very spectacular shape of the clouds – roll or shelf clouds. 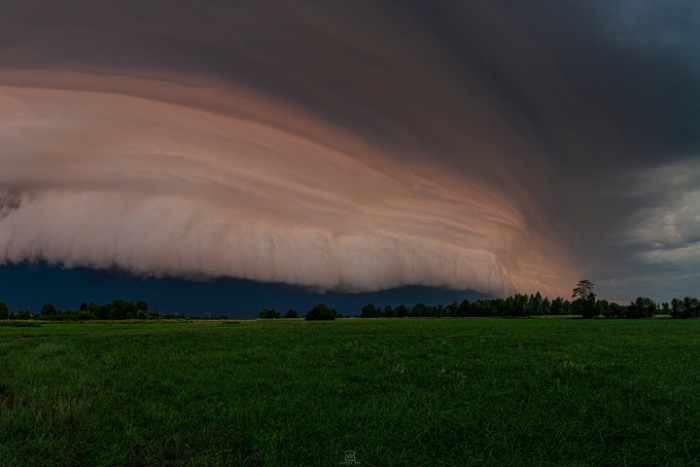 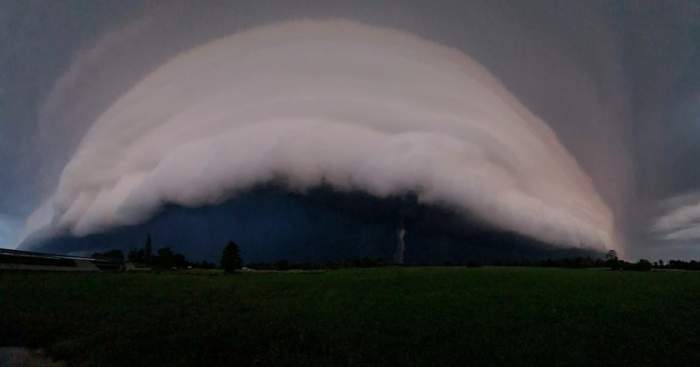 Another type of arcus cloud is the roll cloud – a low, horizontal, tube-shaped. They differ from shelf clouds by being completely detached from other cloud features. Often they can horizontally rotate, moving away from the thunderstorm’s core. 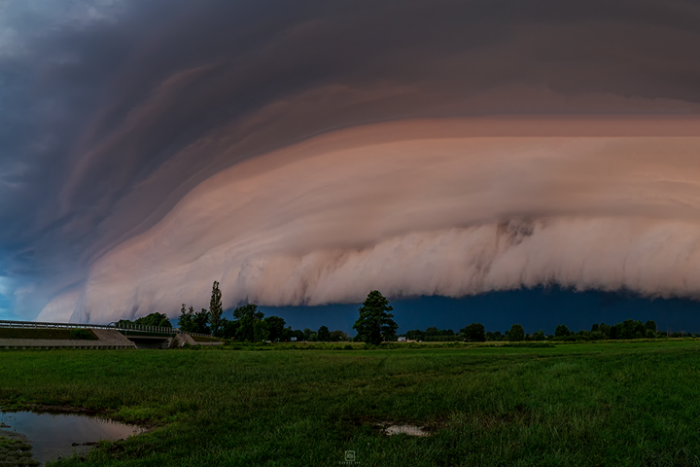 Shelf clouds often form a multi-layer appearance and deliver a quite exceptional view during the arrival of an organized storm. If photographed during sunset or sunrise times, or during the night, then the photographer faces a really spectacular sight coming at him. 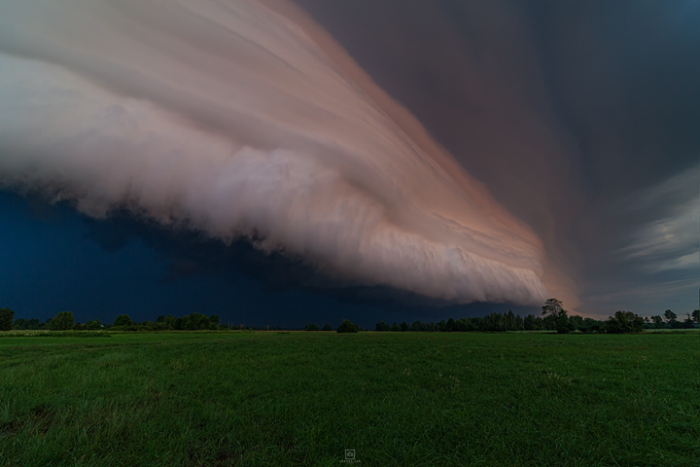 Łukasz Żak has been involved in photography for 10 years, mainly landscape photography and astrophotography. He is also interested in weather and phenomena related to it, including severe storms. Łukasz lives in Poland near Warsaw in the small city of Wołomin, Mazowieckie Province.