Parts of central and eastern Mediterranean, including the Adriatic, Ionian and Aegean seas, have seen a number of waterspouts in the past few days. The area has been under the influence of a cold core upper low, slowly translating SE-wards. Warm sea surface temperatures in the 24-26 °C across the region combined with cold mid levels to produce high low level temperature lapse rates. In the absence ob shear the conditions were very favourable for waterspouts.

Possibly by the most spectacular were yesterdays Arglasti / Paltsi beach waterspouts, which we already reported on here. Another exceptional waterspout was observed in Orebić, Pelješac Island (Croatia) in the north Adriatic sea on July 13. Many more waterspouts have been seen and reported. Take a look a the gallery below – enjoy. 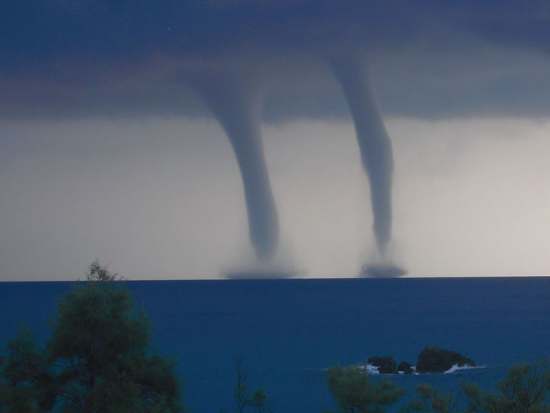 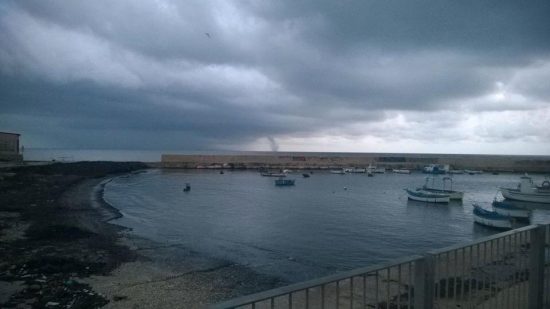 Distant waterspout in the Strait of Messina, SW Italy on July 14. Photo: Fabrizio Micalizzi via MeteoWeb.eu

To top it off, Croatian storm chaser Entoni Novosel spotted this tornado on a nearly stationary supercell near Pula, Croatia on Monday morning. The tornado is visible on the far right of the image, below the wall cloud. Note the clear RFD cut. 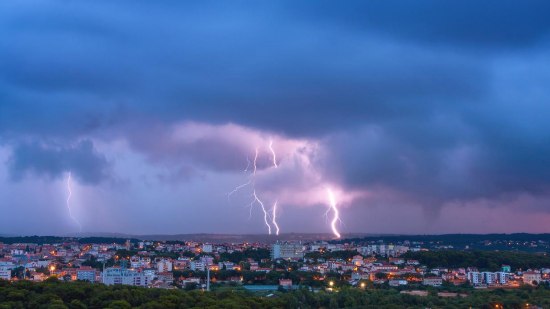