Significant snowfall is expected for large parts of southeastern and parts of eastern Europe over the next several days.

It is actually quite a dynamic situation across Europe right now, and it will become even more dynamic over the next several days. A cutoff surface low moves from Tunisia across central Mediterranean, Greece/Aegean region into the Black Sea, skirting under the southern parts of a broad cutoff upper low over SE-E Europe over the next 4 days. It produces intense precipitation, rain across lower elevations of Greece and snow at higher elevations as well as further northeastwards.

Snowfall is already being reported in parts of the Balkans, including Romania and Bulgaria. Further snowfall is expected across large parts of Bulgaria and Romania, as well as parts of Ukraine and Moldova. Higher elevations in Greece, FYR Macedonia, Albania, Montenegro, Serbia, Bosnia and Herzegovina, Croatia and parts of Slovenia expect some snow too. Also expect snow in parts of Poland and Belarus.

Also some snow across the Pyrenees and the southern flanks of the Alps in northern and northwestern Italy. This snowfall is caused by a different system, a (very shallow) cutoff low over southern France and NW Mediterranean by Sunday morning. 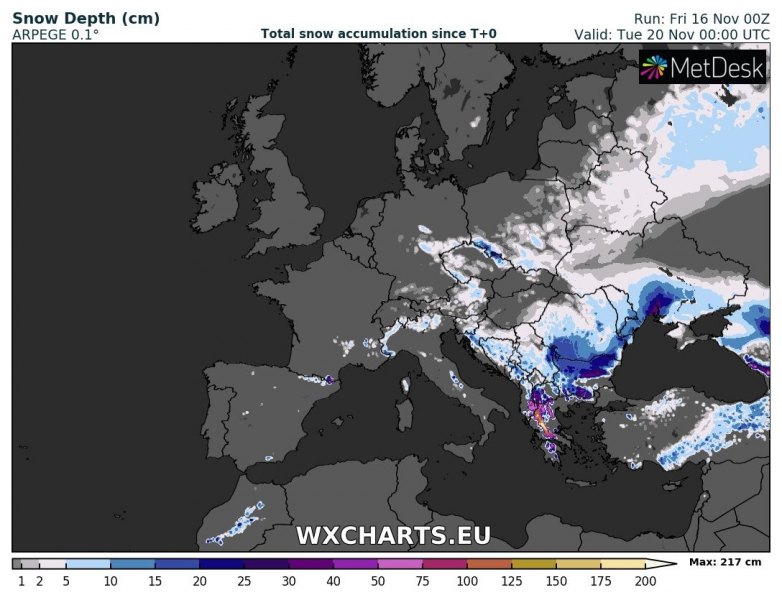 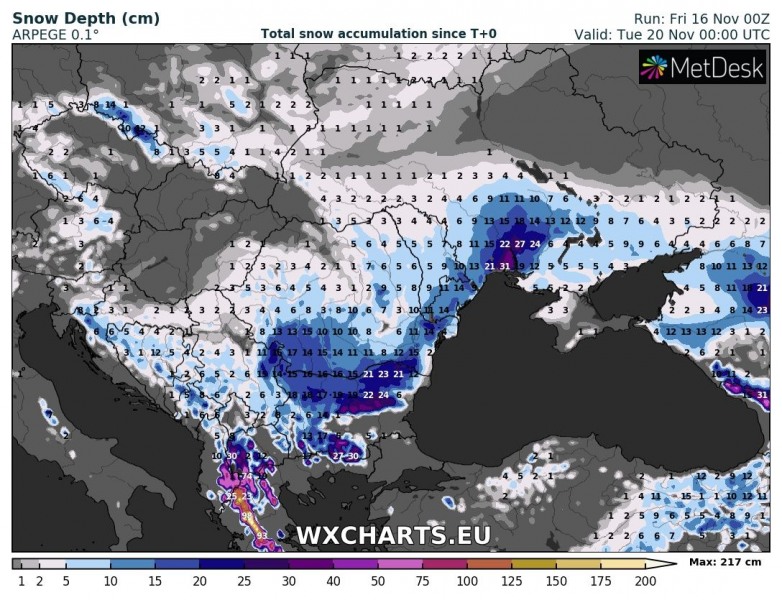 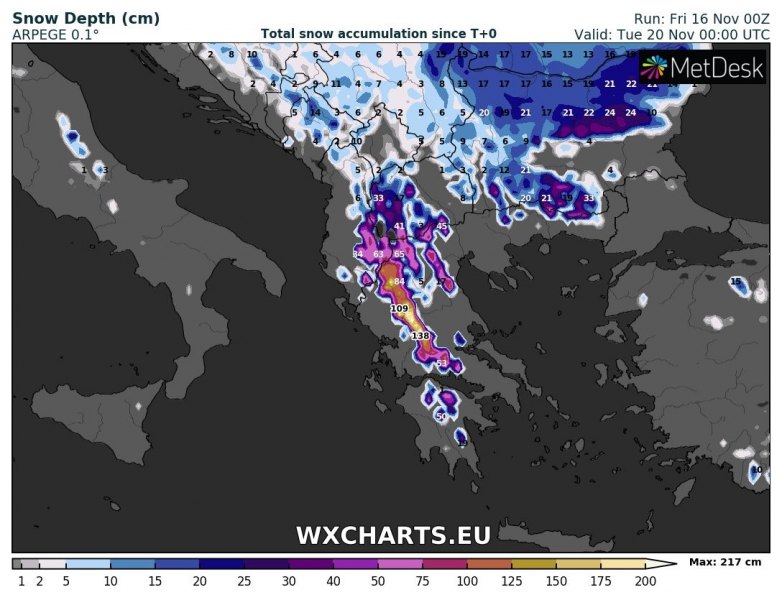 This is actually quite a dangerous situation for parts of Greece: persistent torrential rainfall at lower elevation will enhance the threat for flooding. Some areas will likely see 100-150 mm of rainfall in 24-48 hours. The eastern coast of the Aegean sea will also see large amounts of rainfall, also in 100-150 mm range. 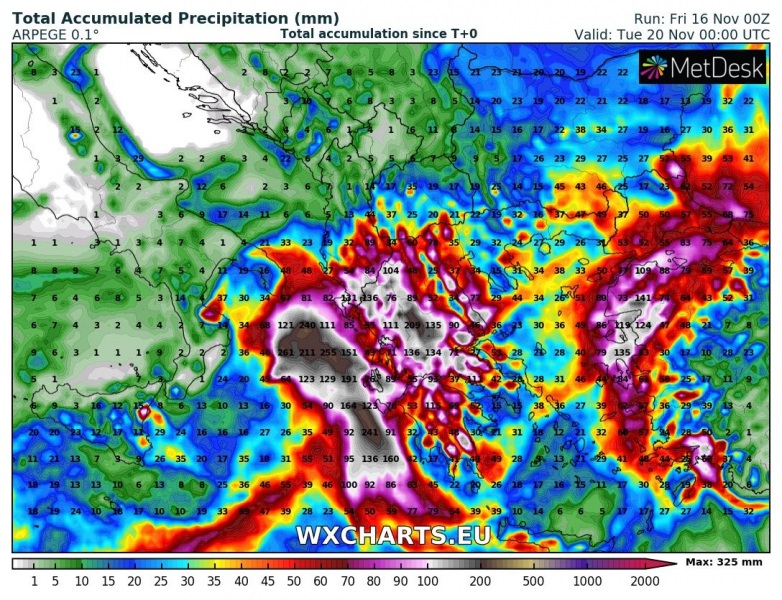 More snow across central Europe in the middle of next week?

More snowfall may be in store for central Europe in the second half of next week, at the same time some major thawing is indicated across southeastern Europe. More on this evolution in a few days. 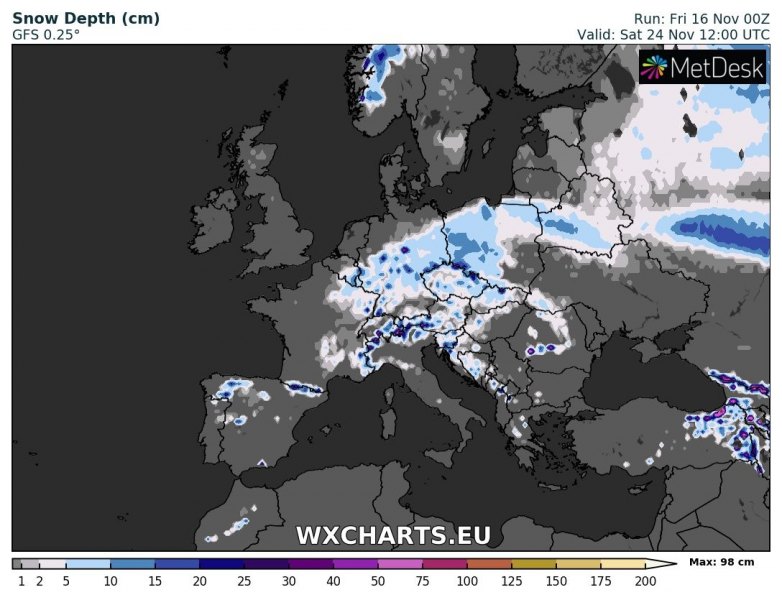