An impressive tornado appeared in the Gulf of Trieste, Italy, just offshore Grignano, Trieste on September 17 between 7:10 and 7:20 am local (CEST). The tornado formed over the sea and then tracked NE past the Grignano marina and onshore, where it left a 2 km long damage track (OSMER FVG, personal communication).

The tornado was witnessed, photographed and videoed by many people, and was the first event Severe Weather Europe reported on. Data from nearby meteorological stations allow a detailed analysis of the event. 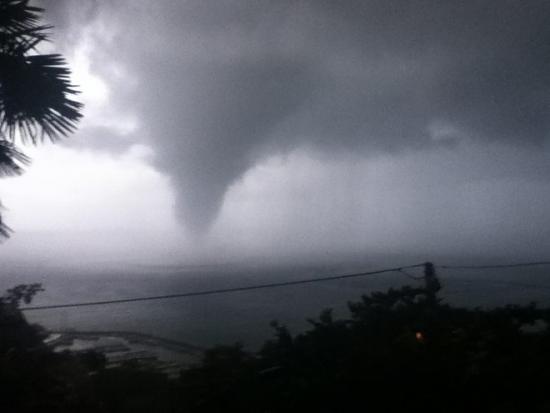 A strong negatively tilted trough was crossing central Europe with a surface cold front extending across the southern Alpine region (see Fig. 1 and 2 below). Southerly low-level winds were present across the N Adriatic sea and Trieste gulf, maintaining moderately unstable and sheared environment across the warm sector.

Surface cold front was rapidly moving from southern Friuli region towards the gulf of Trieste, where tight pressure gradient and SFC wind convergence with tramontane wind coming immediatelly behind the front and SE winds over the SE parts of gulf of Trieste (Fig. 3,4). 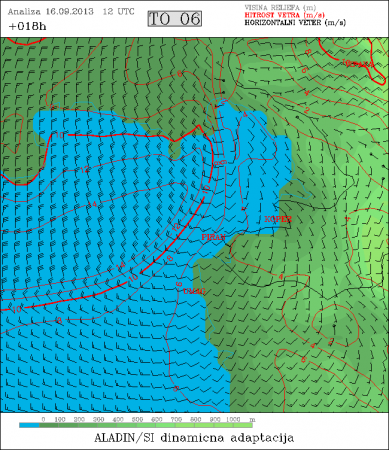 The tornadic supercell formed on a strong surface frontal convergence of SE and SW winds (Fig. 5) with 5 m/s SE and over 10 m/s SW, while the strong tramontane winds supported the tornadogenesis process in this supercell. 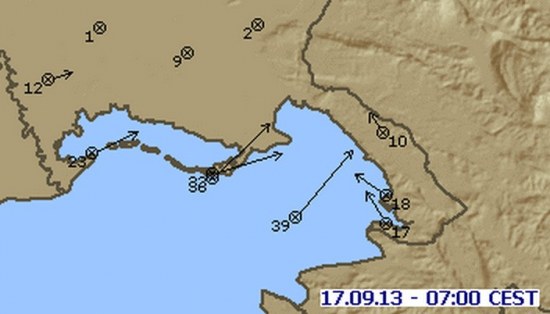 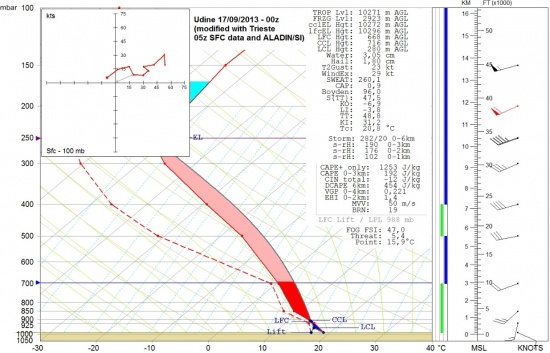 Interestingly, a satellite waterspout briefly formed next to the tornado (Fig. 8). 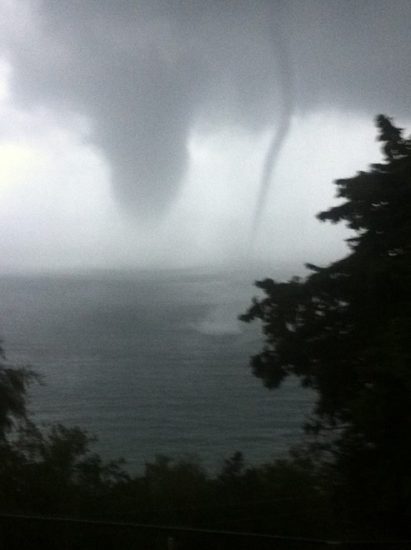