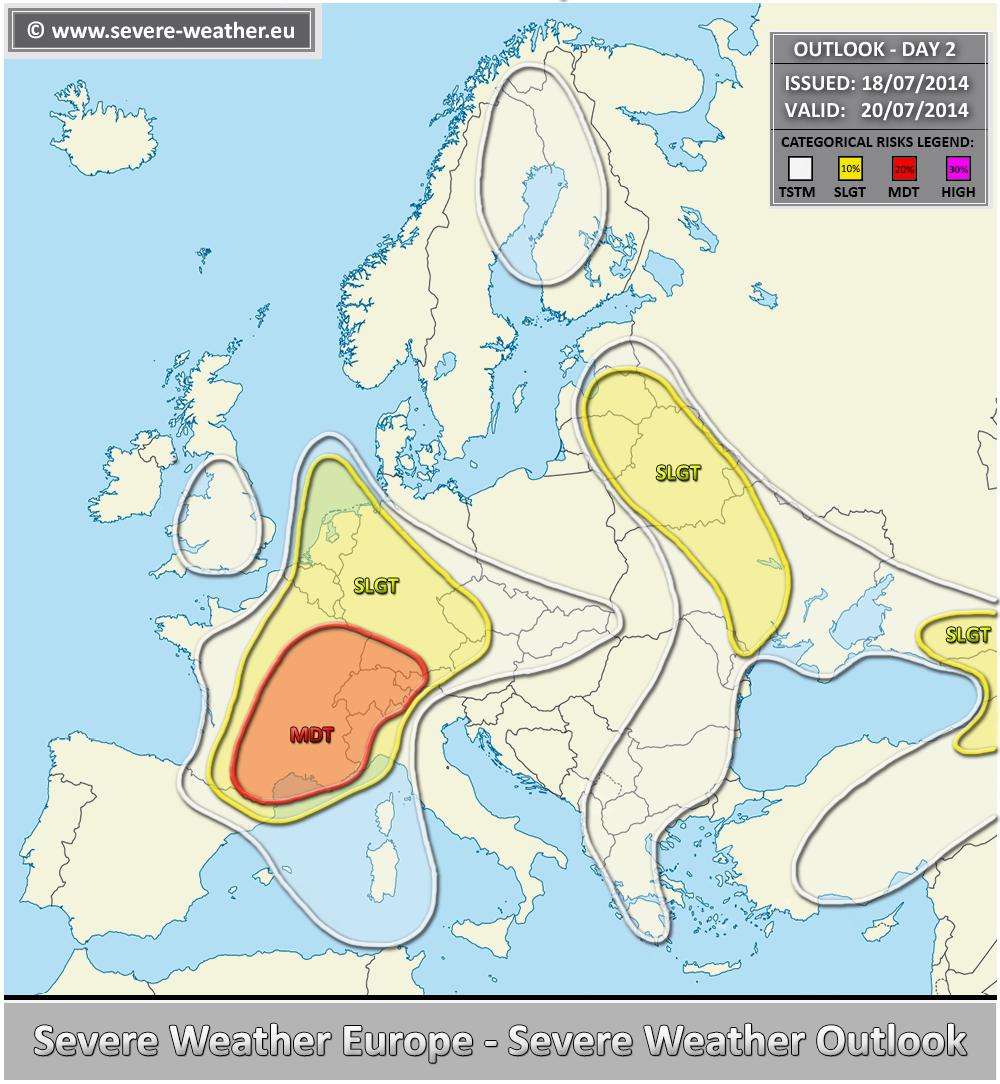 An upper ridge over central Europe collapses as deep trough entering from the west and tranforms into an upper low over the W Alps. Weak upper low is centered over Belarus while short-wave trough remains over Black Sea.

A SLGT risk has been issued for surrounding areas of MDT risk across France, Benelux, Germany, NW ITaly and W Czech Republic for more isolated activity with threat for severe winds, excessive rain and large hail.

A SLGT risk has been issued for Baltic States, Belarus into Ukraine with threat for excessive rainfall within strongly unstable but poor wind shear environment.

A SLGT risk has been issued for NE turkey, Georgia into extreme SW Russia with threat for torrential rainfall and large hail. 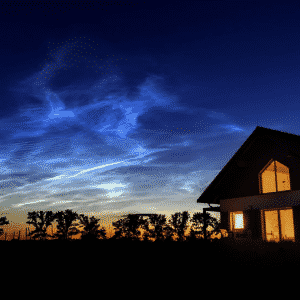