Severe damaging winds and torrential rainfall are expected along with the rapidly developing storm Alex from the Bay of Biscay into northwestern France and across the English Channel into southern England. Severe storms are possible across eastern Turkey and the southern Mediterranean. 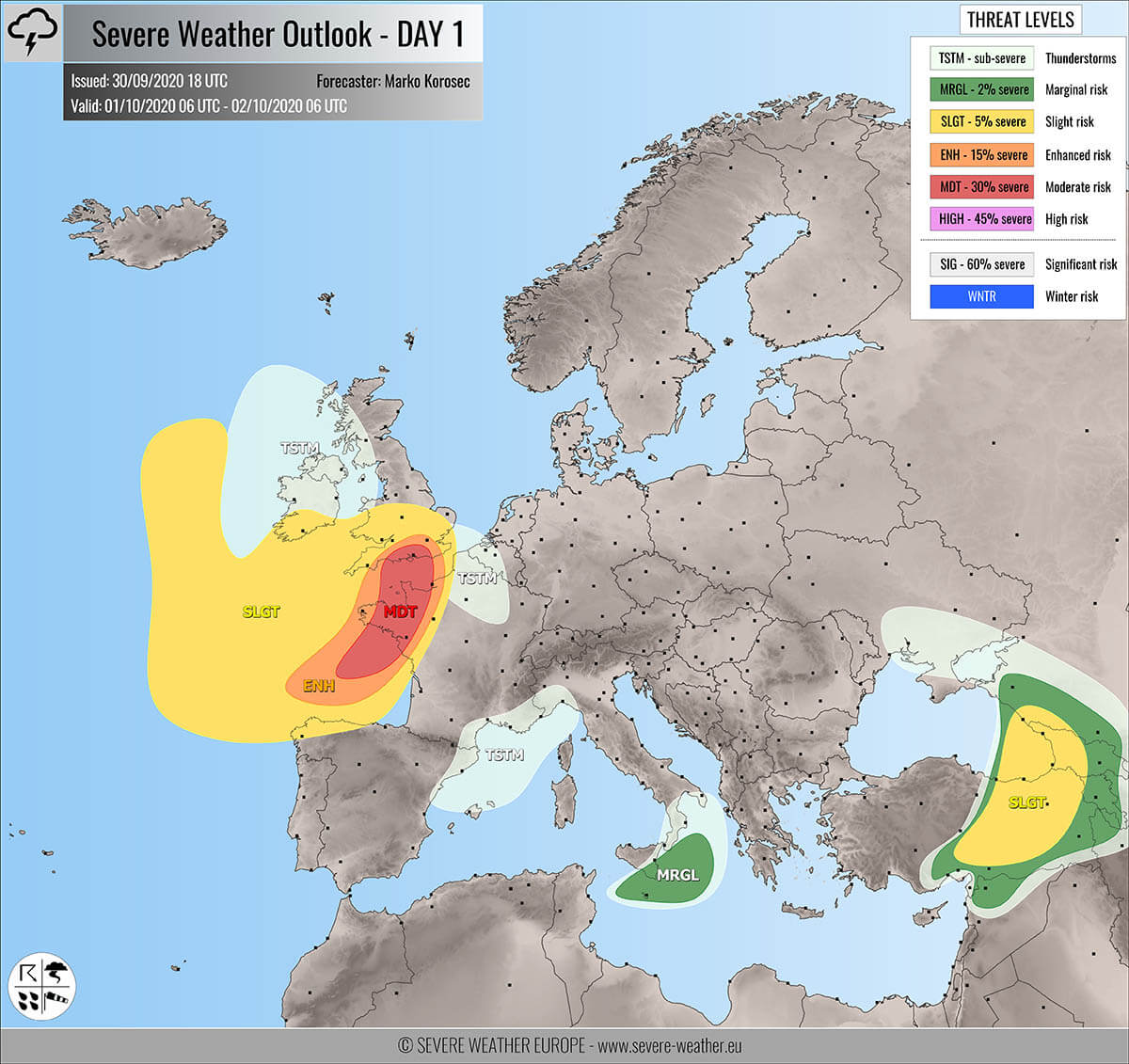 An upper ridge is strengthening over northern Europe and northwestern Russia. Another strong ridge persists over the Azores and North Atlantic. In between, a rapidly developing deep upper low enters western Europe with an associated intense surface low forming over the Bay of Biscay. Cyclone travels into the English Channel while deepening and curves back south to northwestern France on Friday morning. Another upper low is decaying over the southern Balkan peninsula. 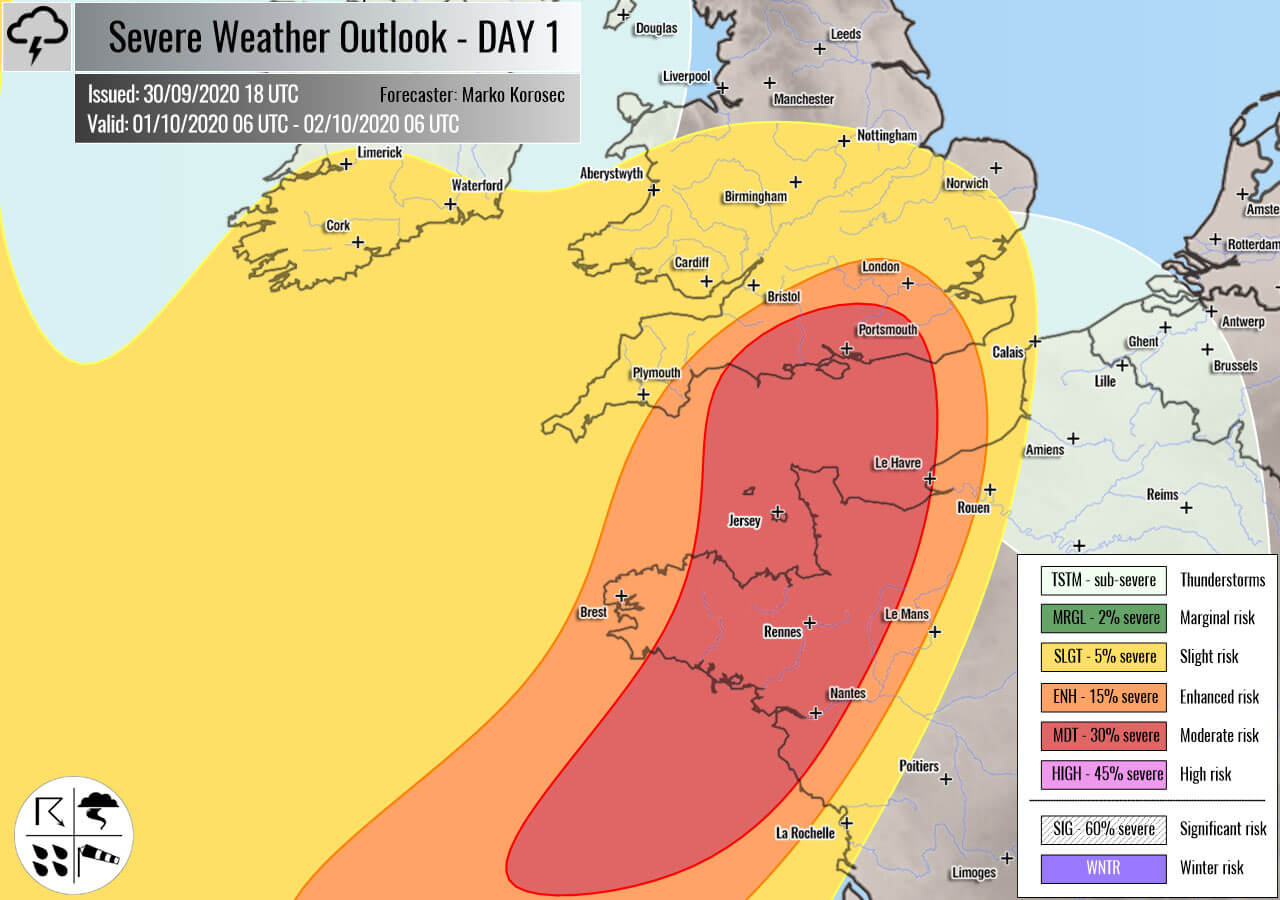 MDT risk has been issued for northwestern France and across the English Channel into southern England with a threat for severe damaging winds, torrential rainfall, and some tornado threat.

ENH/SLGT risks have been issued for areas surrounding the MDT risk with a threat for severe winds and torrential rainfall.

A rapidly developing surface low – a storm Alex – will introduce very dangerous and intense winds threat. A narrow band of extremely severe winds is likely across the MDT risk area.

With the arrival of the stronger jet, very strong shear and low-level helicity will develop along the leading cold front. Therefore, some tornado threats could result in northwestern France.

Torrential rainfall is expected along the leading cold front entering the MDT/ENH risk areas from the west-southwest through the evening hours. Threat continues overnight with the front progress towards the northeast.

Mesocale discussion: An intense storm Alex is now forecast to strike Brittany and England with severe damaging winds this Friday 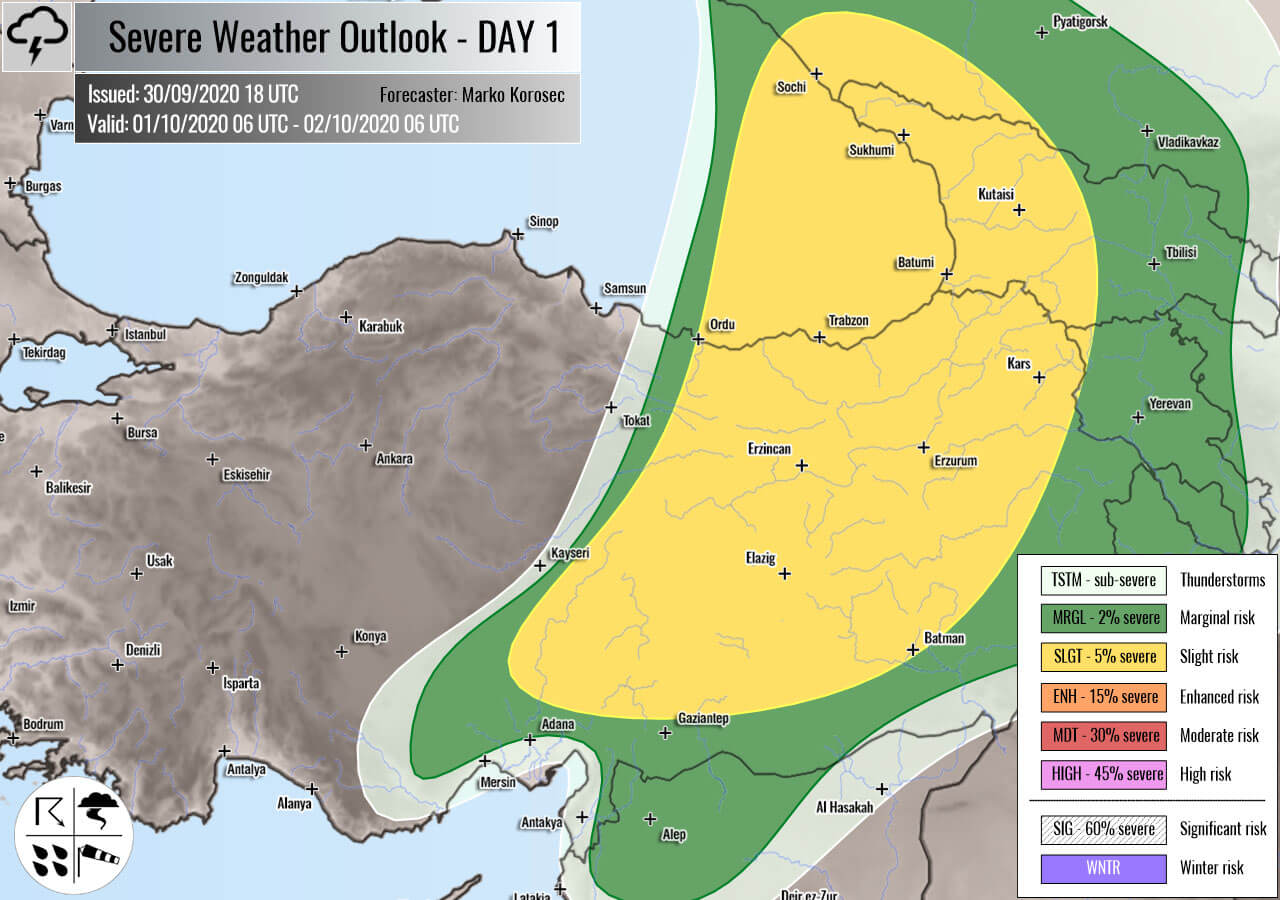 SLGT risk has been issued for eastern Turkey into Georgia with a threat for severe storms, capable of producing severe winds, large hail, and torrential rainfall.

MRGL risk has been issued for southern Italy and Malta with an isolated threat for severe storms, capable of producing severe winds, large hail, and torrential rainfall.

TSTM risks have been issued for southern Ukraine, northwestern Mediterranean, Ireland, Northern Ireland, and western Scotland with a threat for daytime driven storms. Limited shear is present, so the storms should remain sub-severe.