Mainly isolated severe storms with a threat for severe winds, large hail, and torrential rainfall are possible across the southern Balkan peninsula, northern Spain, and western Scandinavia on Saturday. 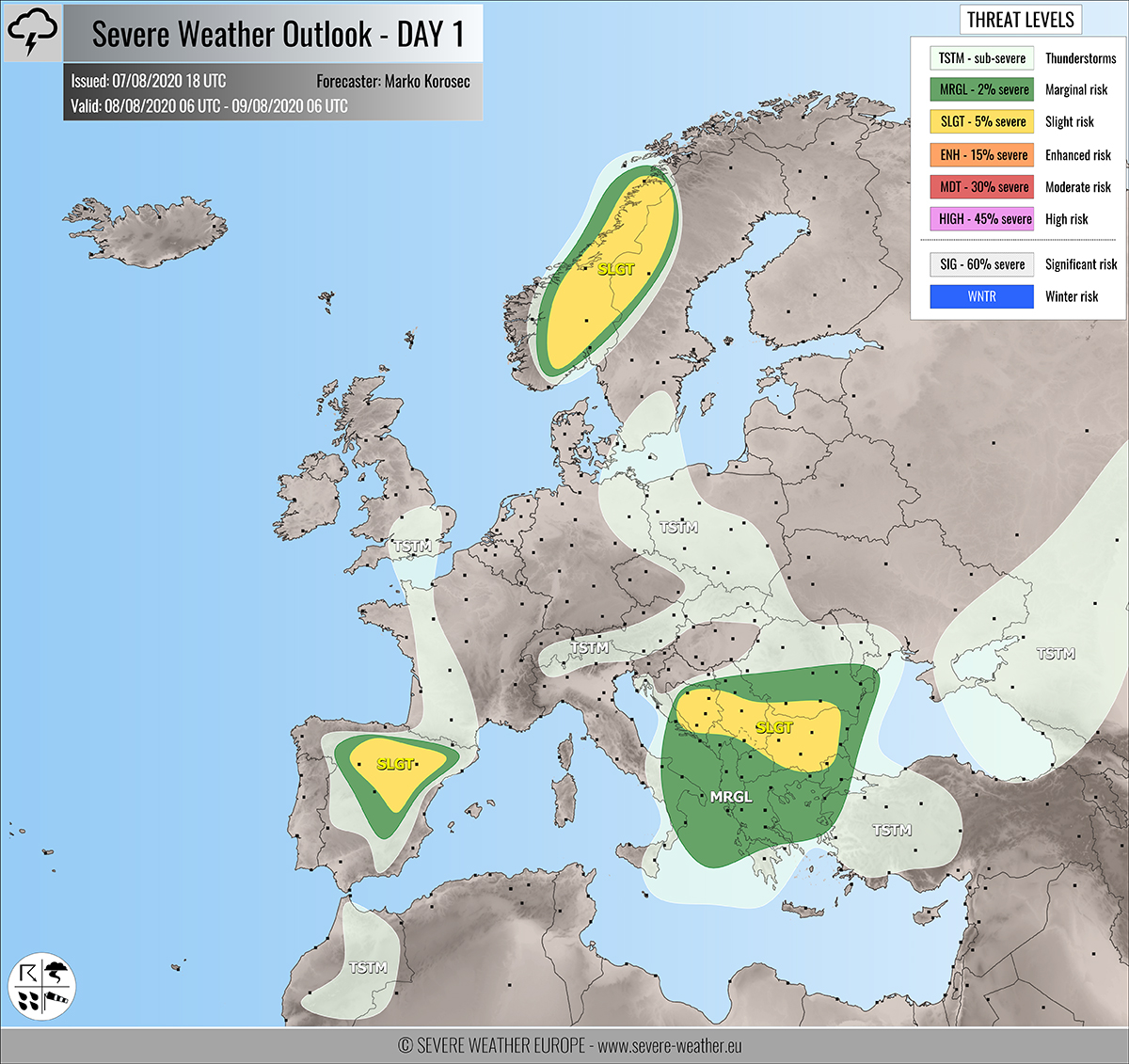 An upper-level ridge dominates much of Europe, while a weakening upper low is drifting east over Greece. A short wave trough moves across Norway. At the surface, high-pressure extends across most of continental Europe. A cold front is placed from Norway towards England. 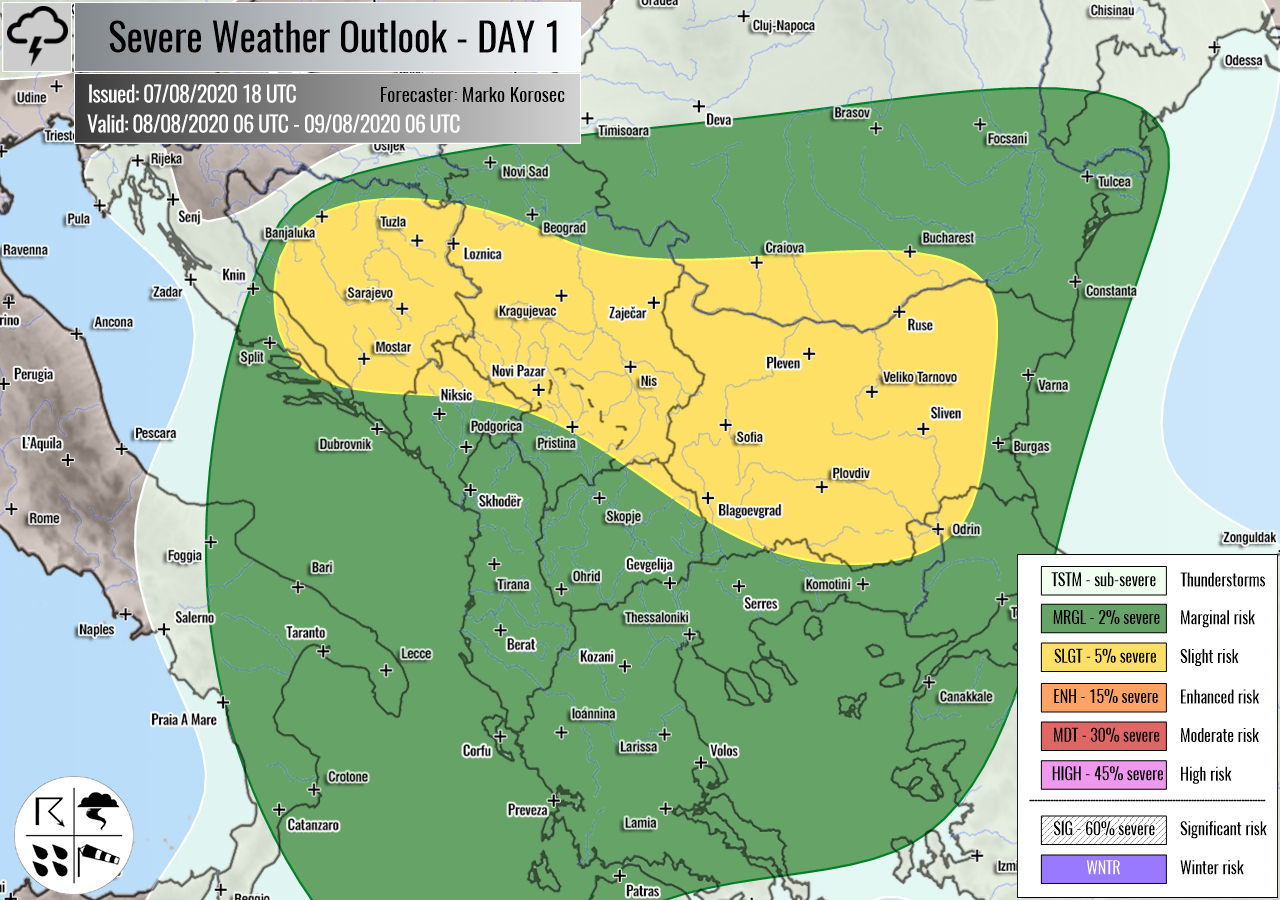 SLGT risk has been issued for eastern Bosnia, central Serbia into southwestern Romania and Bulgaria with an isolated threat for severe storms, capable of producing severe winds, large hail, and torrential rainfall.

MRGL risk has been issued for areas surrounding the SLGT risk area across much of south-central Balkans, including the Ionian Sea, and southern Italy with a limited threat for some strong winds, marginal hail, and heavy rainfall.

A moderately unstable air mass remains across the southern Balkan peninsula, beneath a weakening upper-level low. With marginal deep-layer shear in place, some better-organized storms are again possible in some areas. 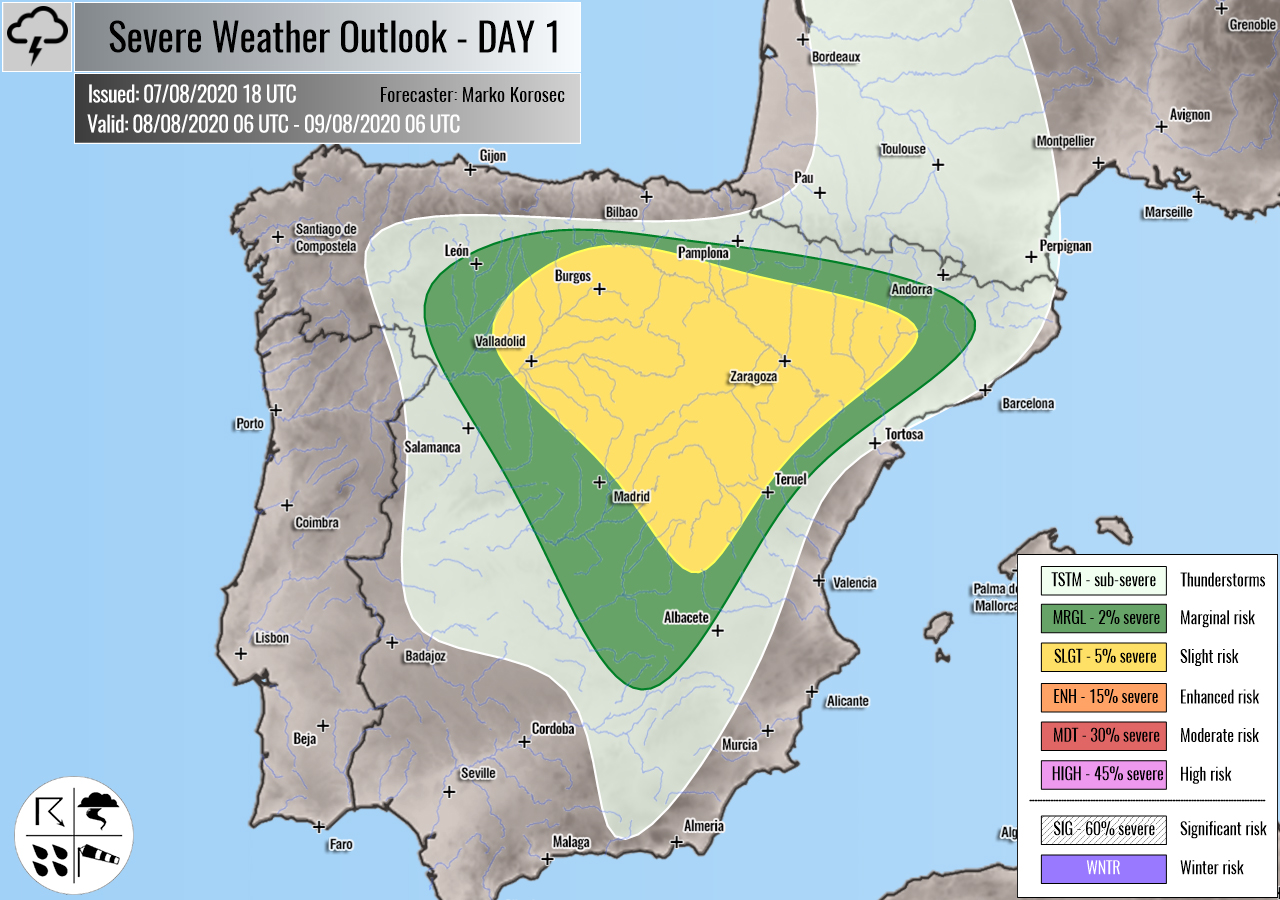 SLGT/MRGL risks have been issued for north-central Spain with a threat for a few isolated severe storms, capable of producing severe winds and large hail.

A moderate instability under weak winds and shear could support some organized daytime driven storms wind strong winds and some large hail events. 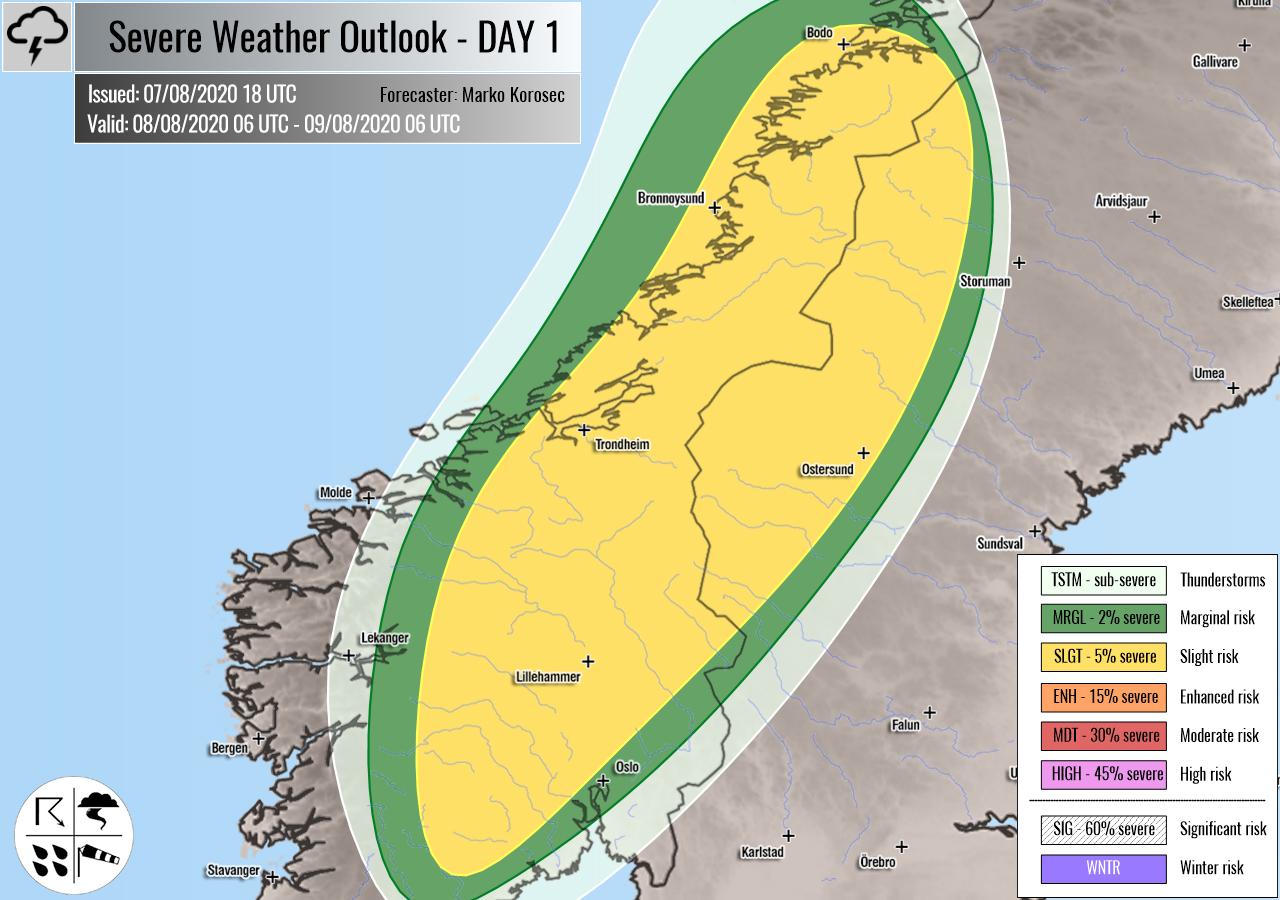 SLGT risk has been issued for south-central Norway into western Sweden with a threat for isolated severe storms, capable of producing severe winds and marginally large hail.

Marginal instability builds up along the moving cold front within a moderately sheared environment. A few isolated organized storms could bring severe winds and some large hail events.

TSTM risk areas have been placed across England and western France, the Alps, Slovakia, Poland, western Turkey, and southwestern Russia. Some daytime driven storms are likely to occur but should remain sub-severe.