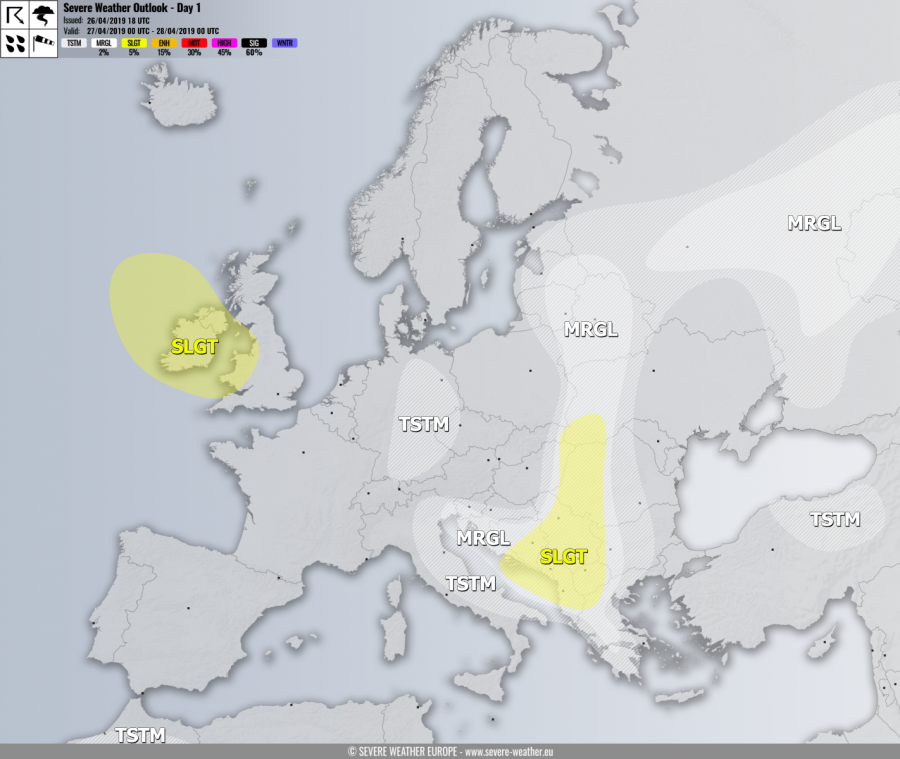 An upper ridge over ESE Europe is weakening, while it remains very strong over the Arctic region. The trough with deep core / surface low moves across the UK into the N Sea while a short-wave trough over the Alps ejects into the N Balkan peninsula. 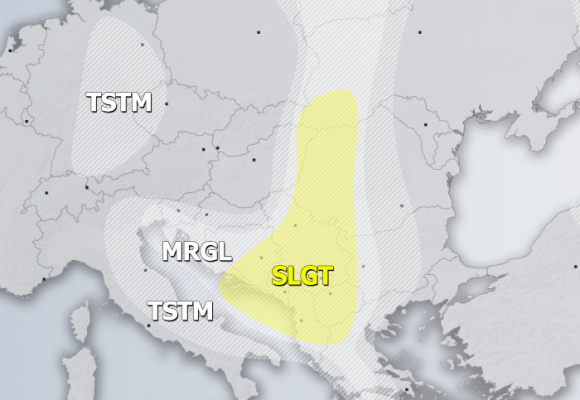 SLGT risk has been issued for south-central Balkan peninsula with threat for severe storms, capable of producing severe winds, torrential rainfall and large hail. Despite a weakening shear, moderate CAPE remains supportive of organized storms along the moving front. 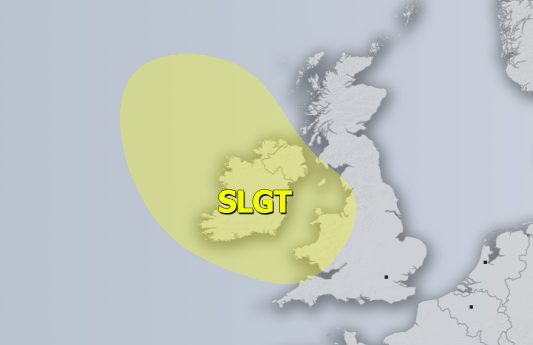 SLGT risk has been issued for Ireland, Northern Ireland and Wales for severe winds in excess of 90 km/h as remnants of the cyclone crossing the British Isles still have effect in the morning hours.

MRGL risk has been issued for W Russia with threat for isolated severe storms in a strongly unstable but weekly sheared environment. Marginal hail with accumulation and intense rainfall with flash floods threat exists.