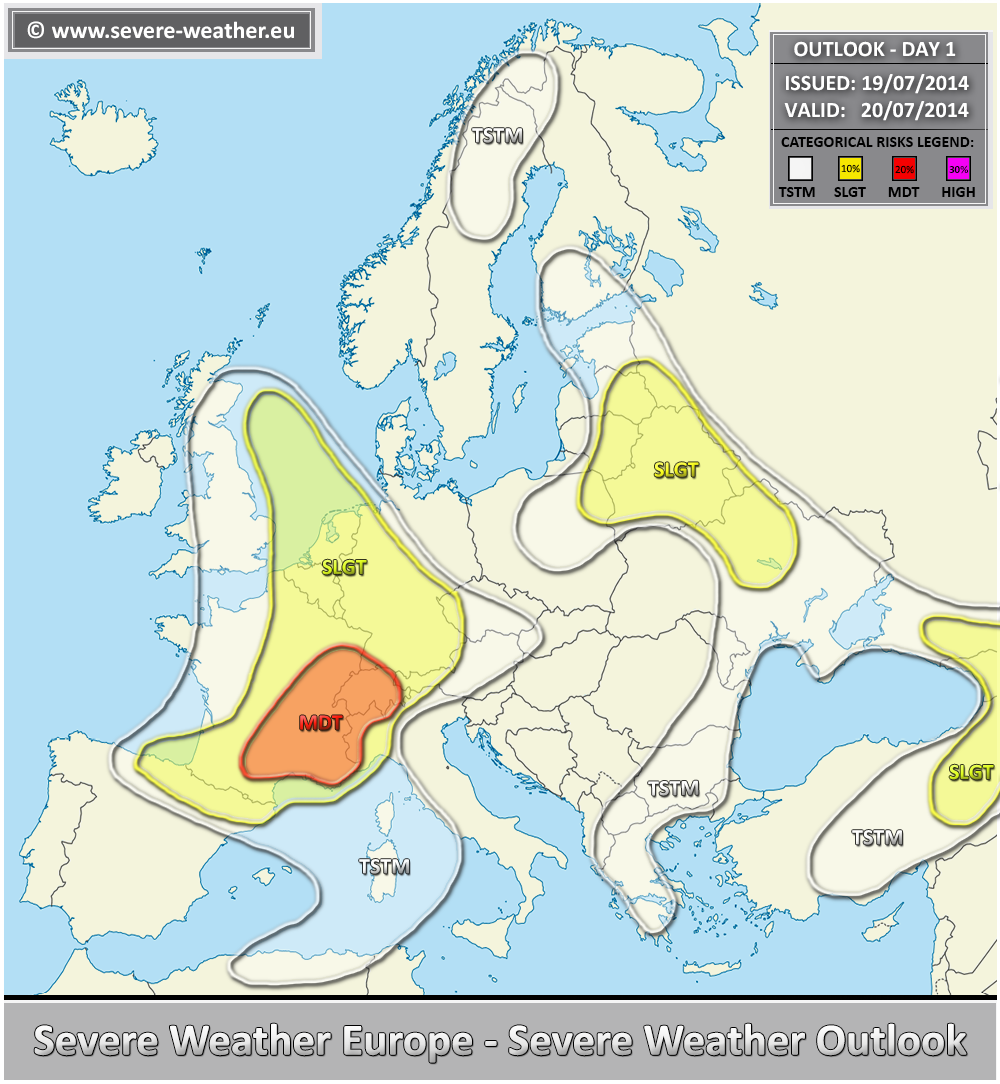 An upper ridge over central Europe collapses as deep trough entering from the west and tranforms into an upper low over the W Alps. Weak upper low is centered over Belarus while short-wave trough remains over Black Sea.

A SLGT risk has been issued for surrounding areas of MDT risk across France, N Spain, Benelux, Germany, North Sea and NW ITaly for more isolated activity with threat for severe winds, excessive rain and large hail. However, areas along the eastern UK into North Sea should be in a zone of excessive rainfall along the stalled fronzal zone.

A SLGT risk has been issued for E Baltic States, Belarus, NE Poland into N Ukraine with threat for excessive rainfall within strongly unstable but weakly sheared environment.

A SLGT risk has been issued for NE turkey, Georgia into extreme SW Russia with threat for torrential rainfall and large hail.