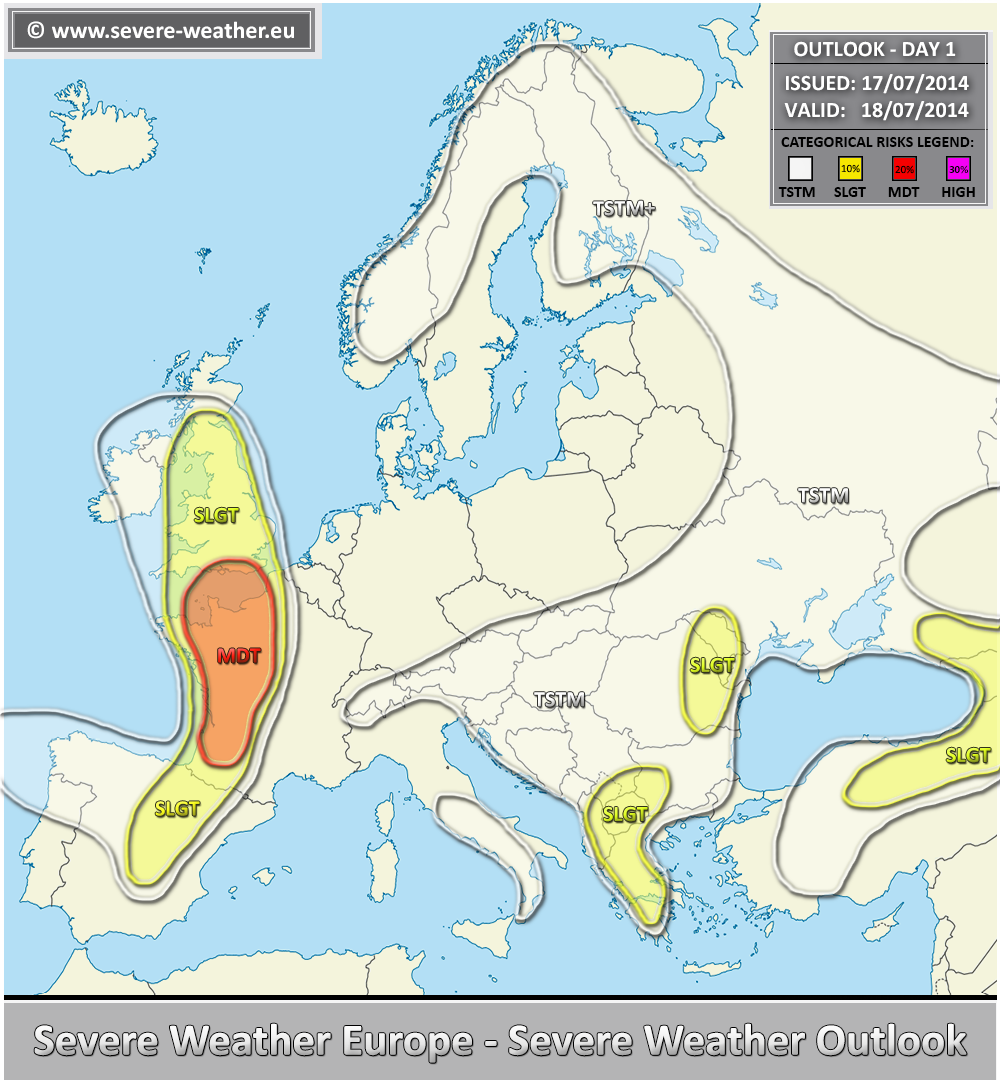 An upper ridge is strenghtening towards central Europe while deep trough is pushed into western Europe from the E Atlantic. At surface, a cyclone develops over western France where widespread severe storm initiation is expected along the frontal boundary.

A MDT risk has been issued for W France and English Channel for large to very large hail, heavy rainfall, severe wind gusts and tornadoes. Storms should cluster into large system towards the evening and spread northwards with severe wind and excessive rainfall threat overnight.

A SLGT risk has been issued for southern Balkans for torrential excessive rainfall.

A SLGT risk has been issued for E Romania and Moldova for marginally large hail, severe wind gusts and excessive rainfall.

A SLGT risk has been issued for NE Turkey, Georgia and extreme SW Russia for large hail, severe wind gusts and heavy rainfall. A tornado is also possible.

TSTM+ area has been placed over Finland and extreme NW Russia for heavy rainfall. 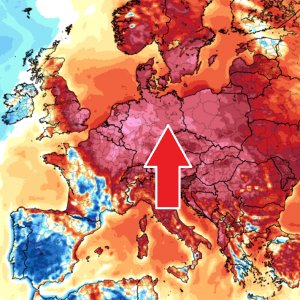