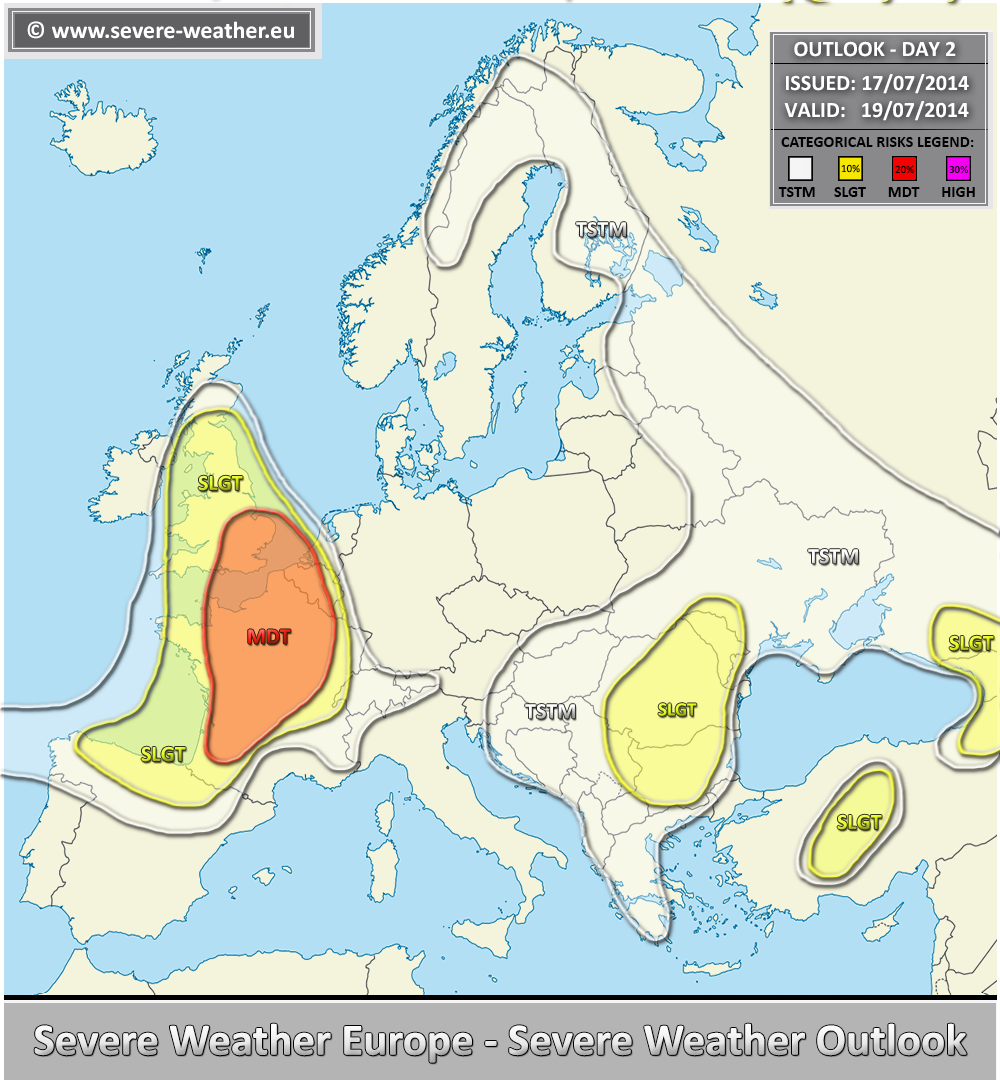 An upper ridge persists over the S-CNTRL Europe while a deep trough on its western flank is pushed further east into France. A weak upper low remains over SE Europe.

A MDT risk has been issued for W-CNTRL-N France into SE UK for excessive rainfall, severe wind gusts, large hail and some tornado threat. Storms should cluster into MCS or two towards the evening and spread into Benelux.

A SLGT risk has been issued for the area surrounding the MDT risk, including N Spain, E France and S-CNTRL British Isles for heavy rainfall and severe wind gusts.

A SLGT risk has been issued for E Serbia, Bolgaria and Moldova for excessive rainfall.

A SLGT risk has been issued for CNTRL Turkey for large hail, severe winds and torrential rainfall.