A deep trough with a large surface cyclone continues over W Europe towards the Norwegian sea while ridge builds up over central Europe. A weakening upper low with a short-wave moves across the Black Sea region. 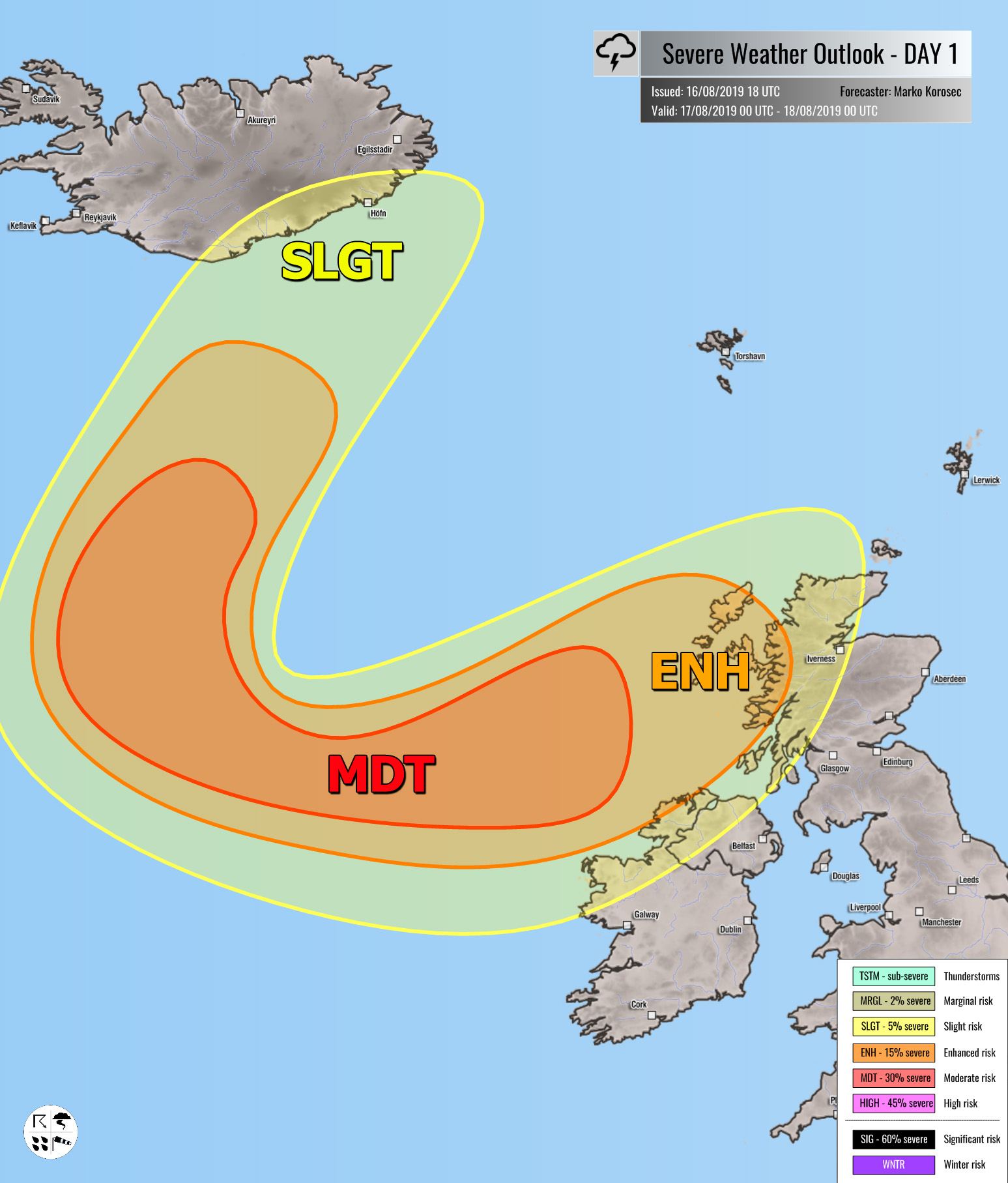 MDT / ENH / SLGT risks have been issued for SE Iceland into the N Atlantic, NW Ireland, Northern Ireland and W Scotland threat for severe to extremely severe non-convective winds with gusts in excess of 100-120 km/h locally. Windstorm is associated with the deep cyclone moving towards NE just north of UK. Peak gusts in excess of 120 km/h are expected to remain over the open waters of N Atlantic.

SLGT / MRGL risks have been issued for Turkey and Georgia with isolated threat for severe storms, capable of producing severe winds, large hail and torrential rainfall.