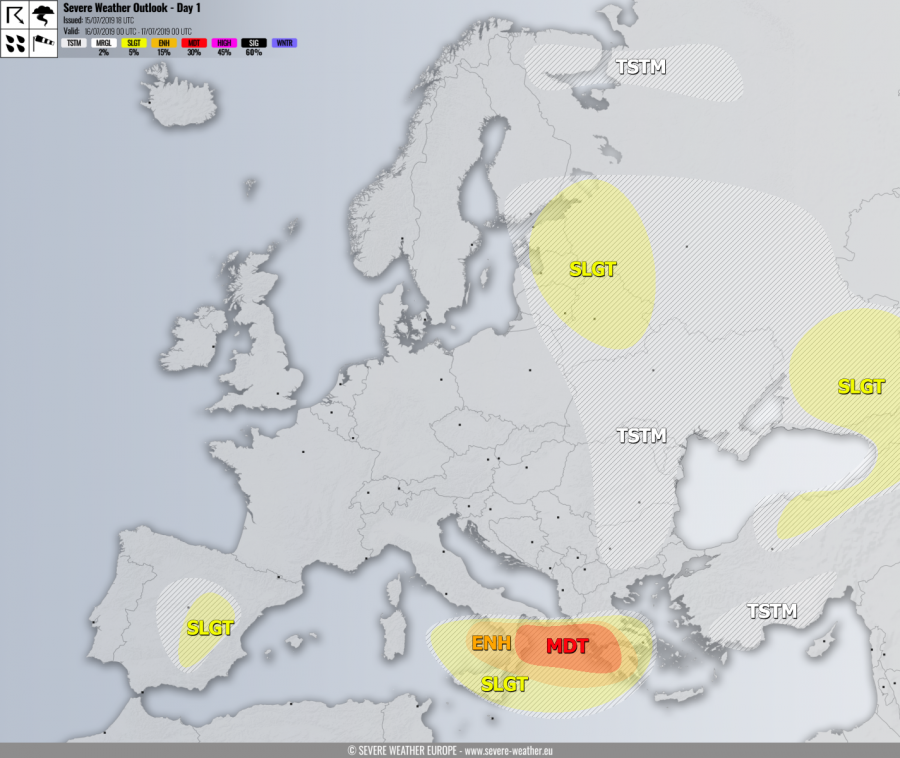 A large trough persists across east-central Europe and part of Mediterranean but gradually weakening with an embedded deep low moving from S Italy towards the Aegean sea. Shallow ridging is over W Europe. Another deep low moves across the Baltic region. 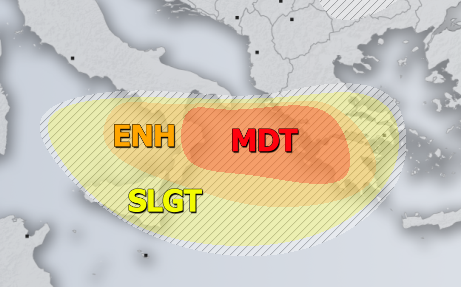 MDT / ENH / SLGT risks have been issued for S Italy and Sicily across the Ionian sea into Greece with threat for severe storms, capable of producing torrential / excessive rainfall and tornadoes / waterspouts. Widespread convective activity is again expected across the risk areas, within a moderate unstable and sheared environment. Mostly slow-moving storms and clusters are expected with locally flash floods threat as some high-resolution models are again hinting more than 150 mm of rainfall per 24 hour period in some areas, especially within the MDT risk. Waterspouts are also likely along the coasts of S Italy and W Greece. 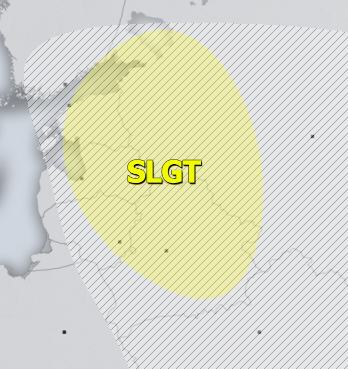 SLGT risk has been issued for E Baltic region into Belarus with threat for isolated severe storms, capable of producing marginal hail, severe winds and torrential rainfall under an upper low moving through. Moderate shear and weakly to moderate MLCAPE could support a few rotating storms as well.

SLGT risk has been issued for NNE Turkey into Georgia and SW Russia with threat for severe storms, capable of producing severe winds, large hail and torrential rainfall. A few organized storms are likely under moderately unstable airmass and shear. 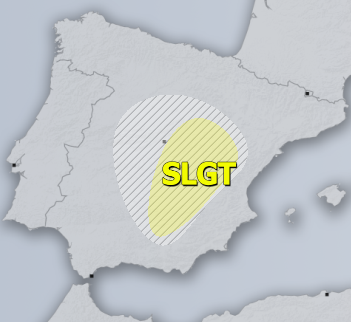