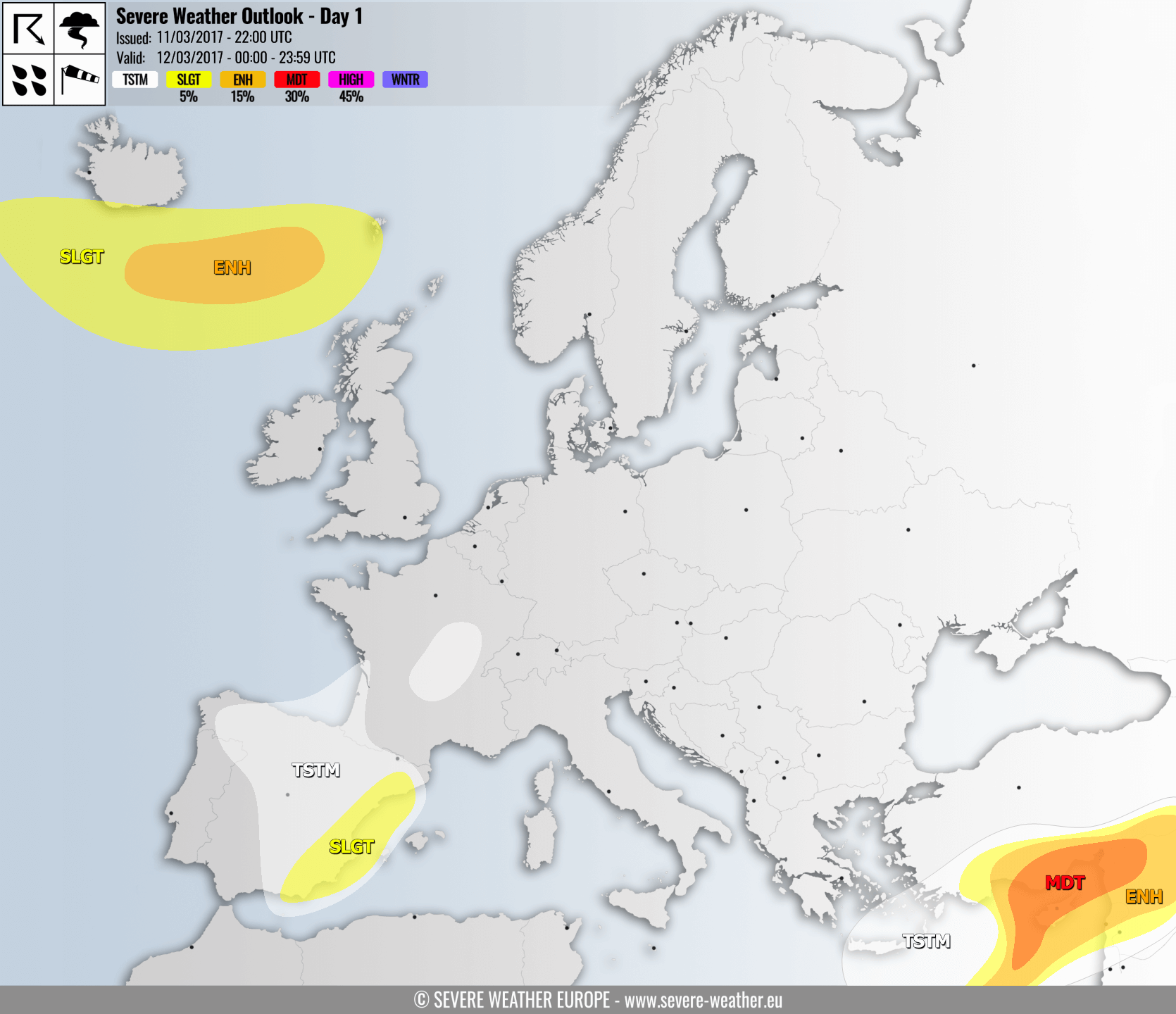 ENH/SLGT risk areas have been issued for parts of N Atlantic with threat for severe non-convective winds, associated with a cyclone travelling near Iceland.

A SLGT risk has been issued surrounding the MDT/ENH risk areas with more isolated severe threat, severe winds and heavy rainfall are the primary threats.

TSTM areas has been issued for SE Mediterranean and S Turkey where storms are expected, should remain sub-severe but limited shear will be supportive of waterspouts.

A SLGT risk has been issued for SE Spain with threat for heavy rainfall, marginally hail and severe winds as a cold front associated with upper low moves through.

A TSTM areas have been placed across much of Iberian peninsula, parts of Bay of Biscay, SW and central France where some isolated storms are expected, but with limited severe threat.