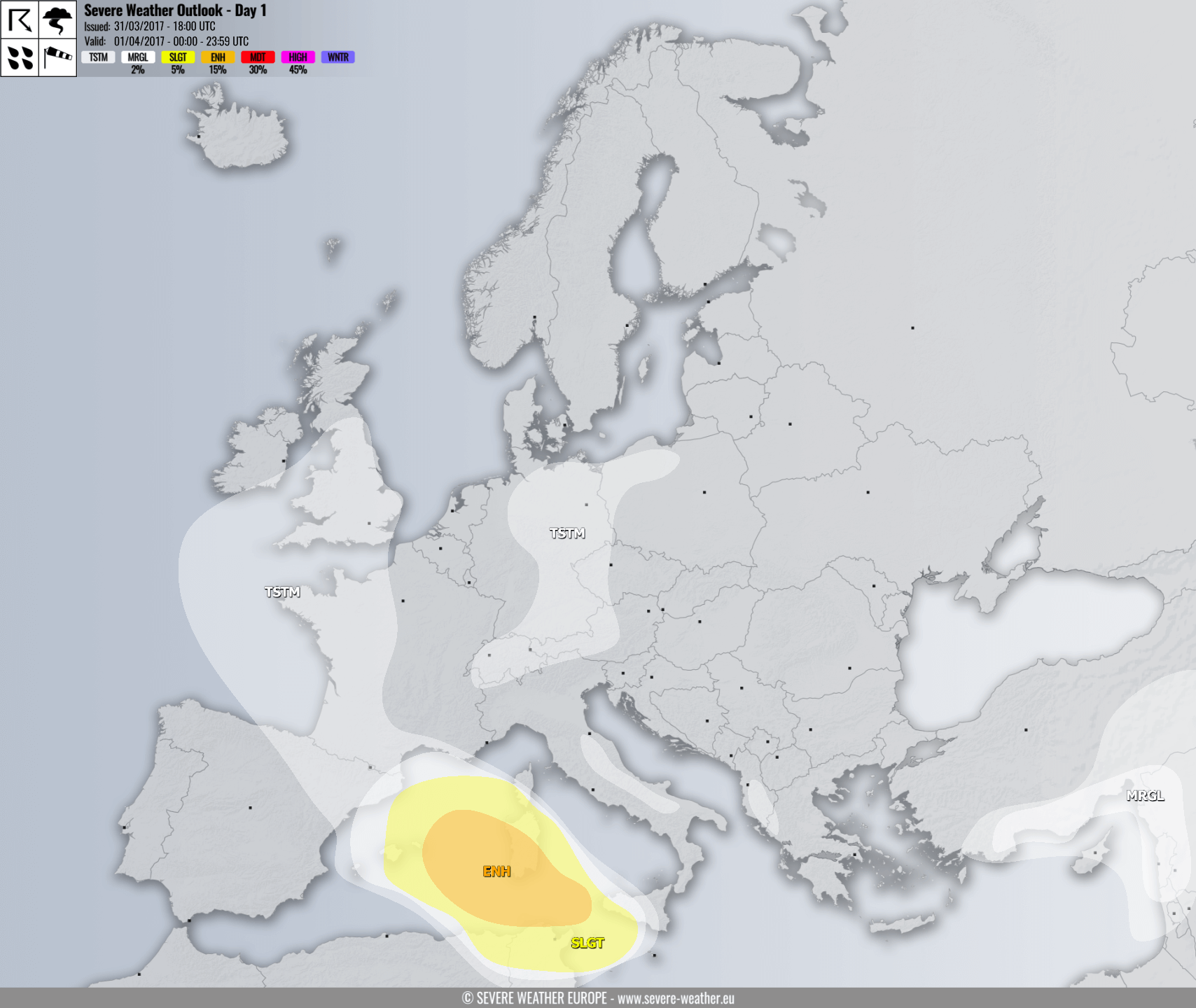 ENH/SLGT risks have been issued for W Mediterranean with threat for severe winds, tornadoes, large hail and torrential rainfall along the SE-wards moving cold front, associated with an upper low entering the Mediterranean from the NW.

TSTM risk areas have been placed where storms are possible, but should remain sub-severe. Some chance for hail, strong winds and heavy rain.