Europe has been dominated by a strong ridge through mid February and model trends are suggesting yet another week of stable and unusually very warm weather across a large part of our continent.

An upper ridge dominates the eastern half of Europe, including parts of north Europe, central Europe and the Mediterranean. A short wave trough moves across the UK with a surface cyclone centered over the northeast Atlantic, just east of Iceland. Very warm airmass will be placed across central Europe, Baltic region and southern Scandinavia. 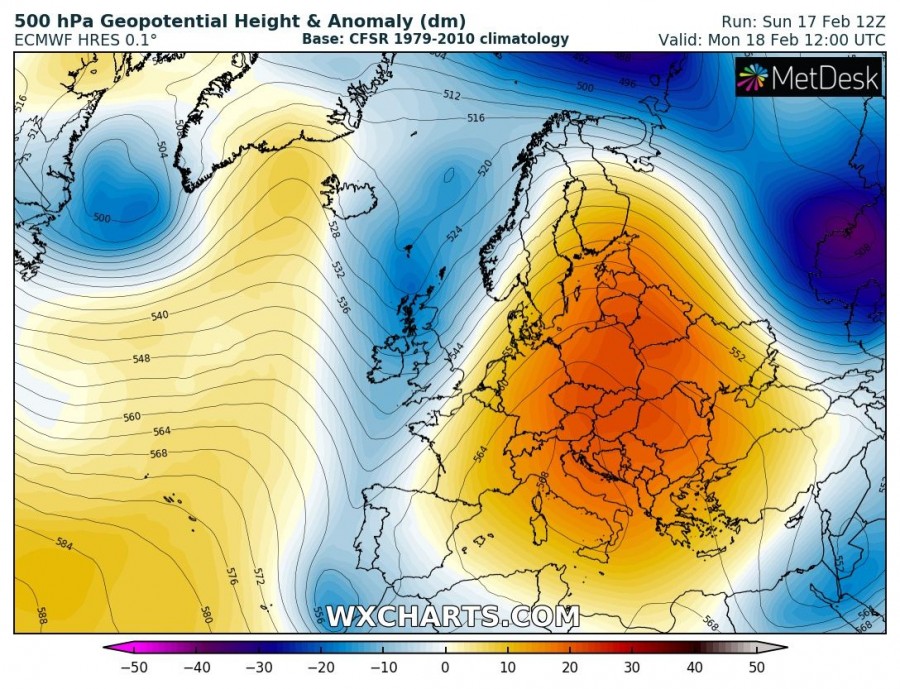 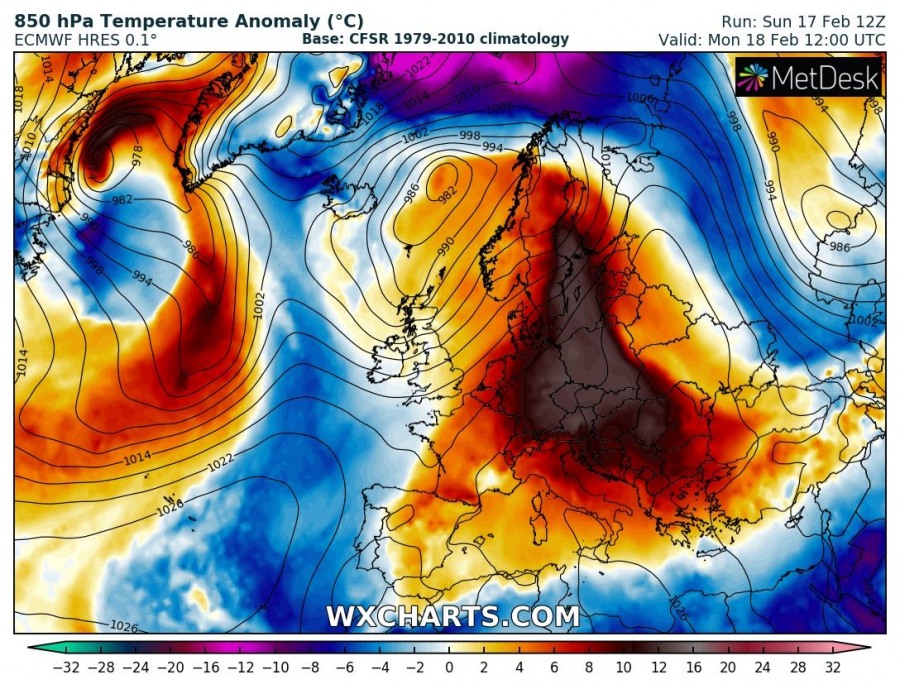 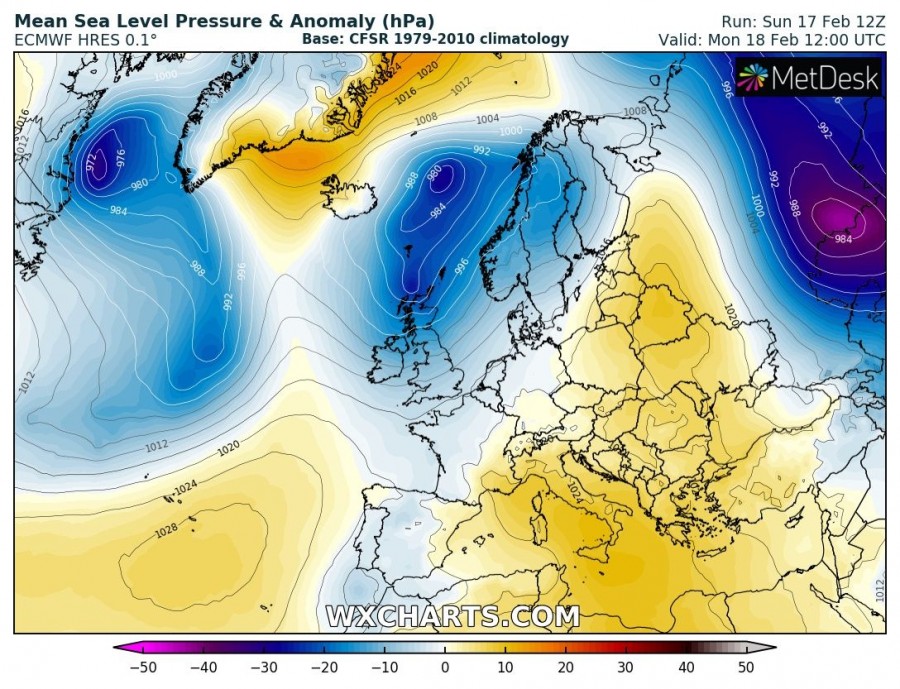 The upper ridge starts diminishing and moves into the ESE Europe as a trough/cyclone from the NE Atlantic pushes into northern Europe. Very warm airmass spreads into eastern Europe and eastern Balkan peninsula. 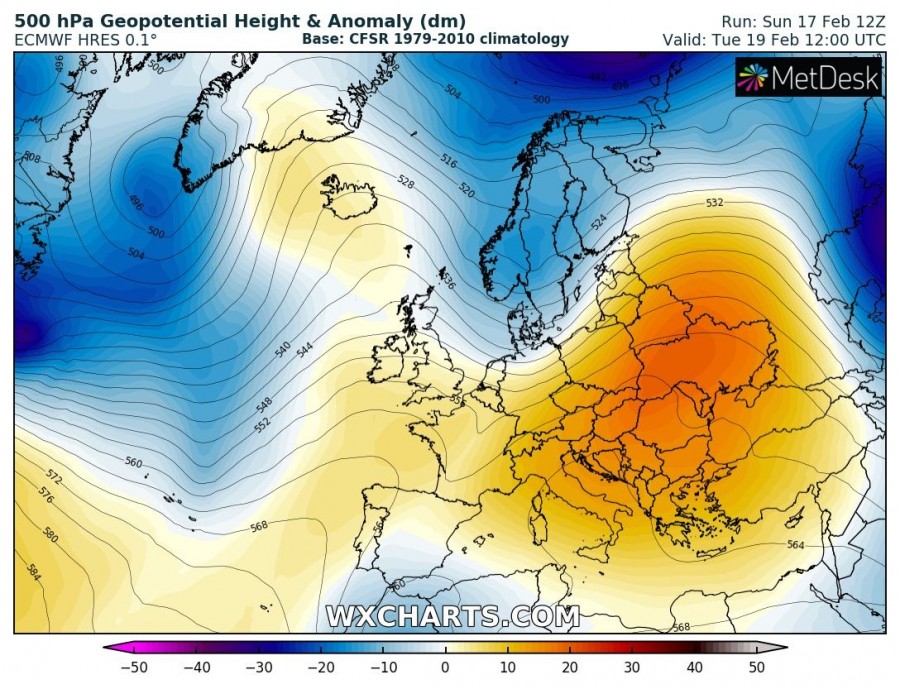 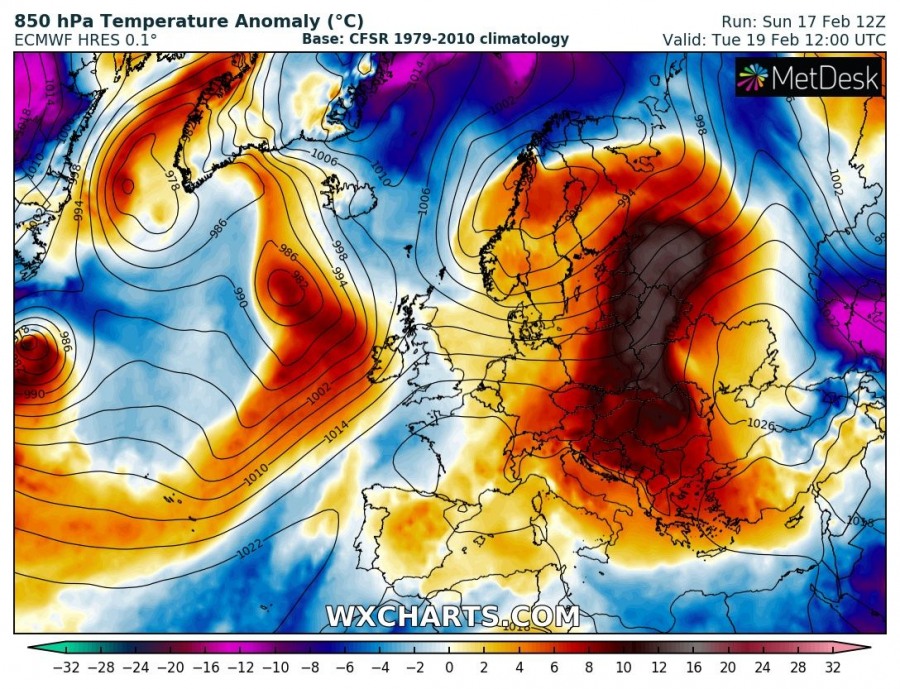 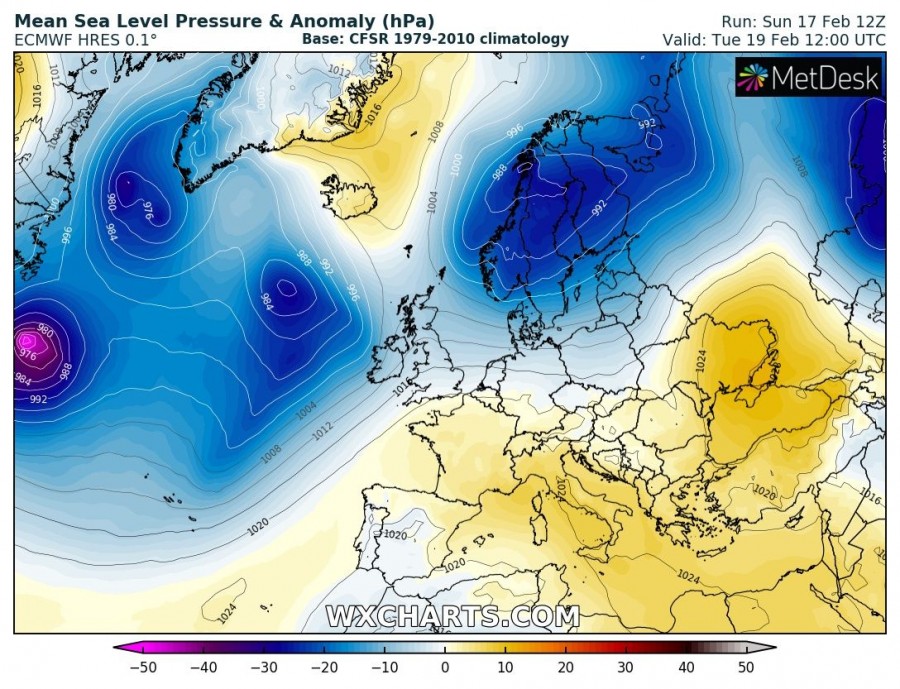 While the SE European ridge dissipates, a new ridge starts developing over western Europe. A short-wave trough/cyclone from north Europe pushes into NW Russia and very cold airmass advects into northern Scandinavia in the wake of deep cyclone moving just east of Finland. A very deep trough with an intense surface cyclone develops over the N Atlantic, with central pressure below 940 mbar. 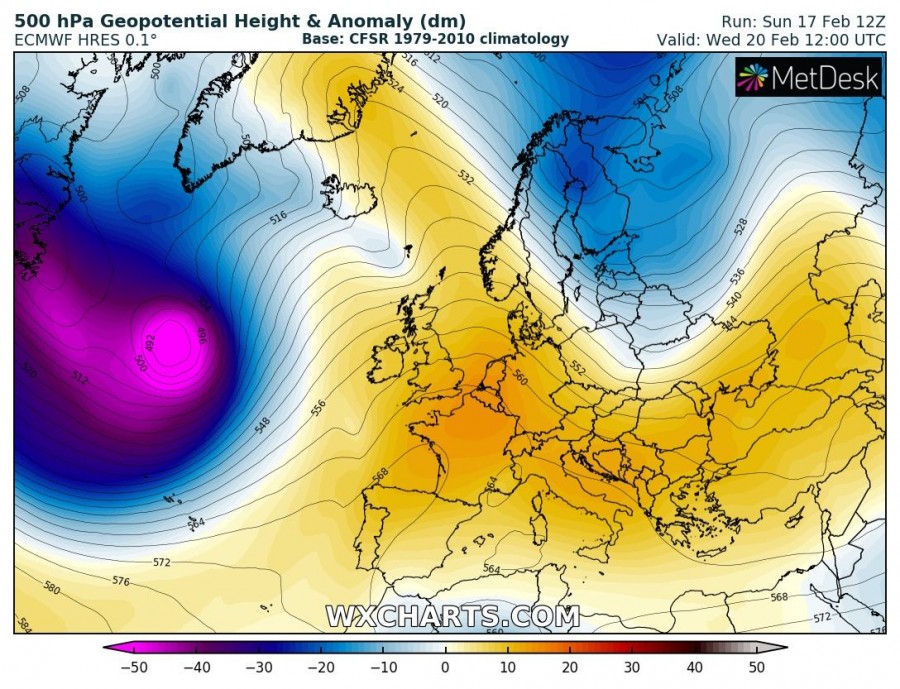 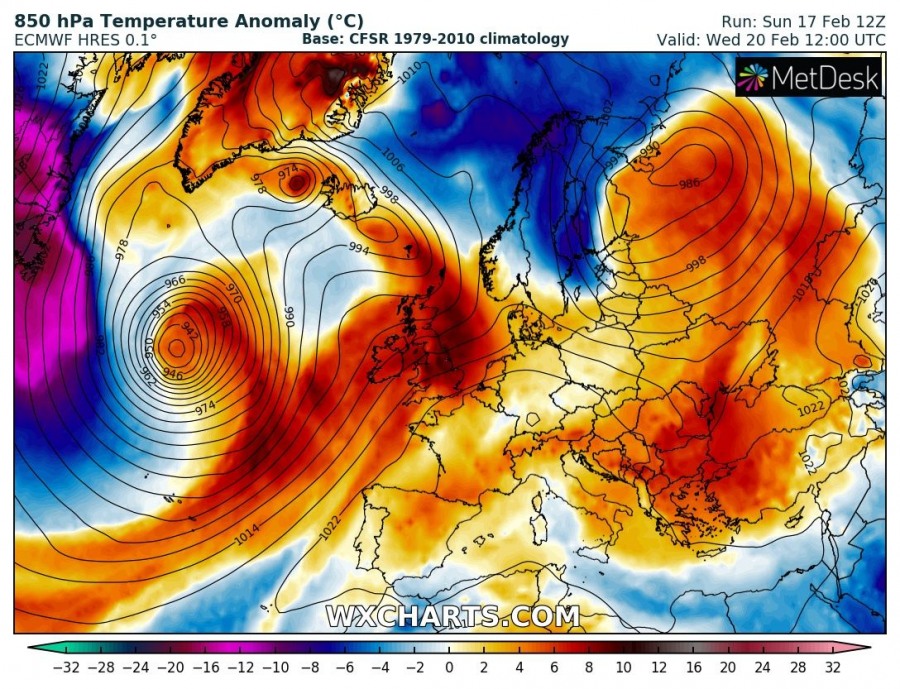 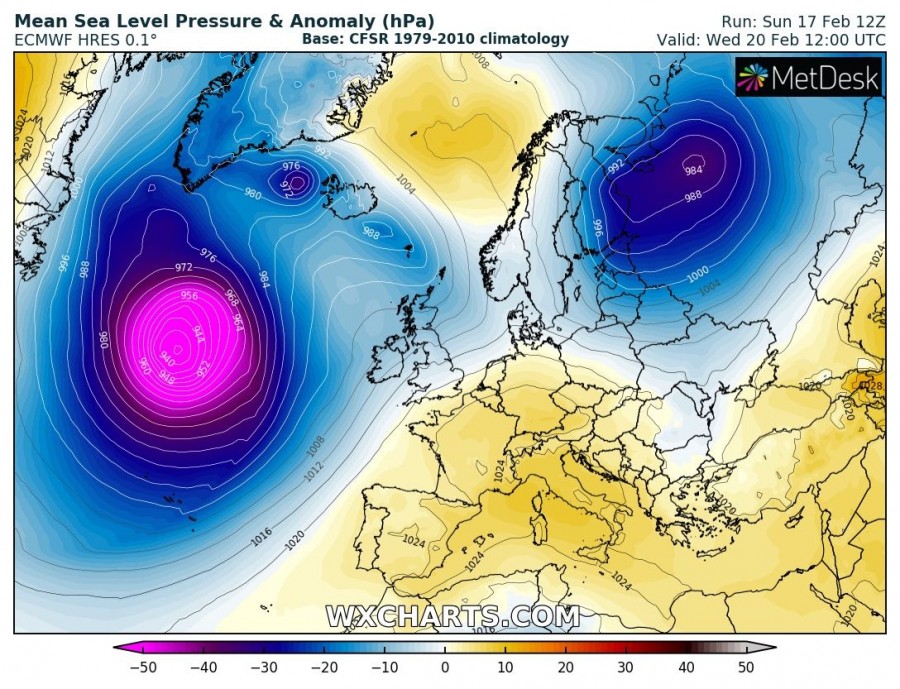 The very deep trough/cyclone remains over north Atlantic and moves towards Greenland just west of Iceland. The upper ridge strengthens over western Europe, expanding into southwestern, central Europe and northeast Atlantic. Strong warm advection spreads into the British Isles, Ireland and towards Iceland. Cold advection from N Scandinavia spreads into the Baltic region and continues towards the southeast. 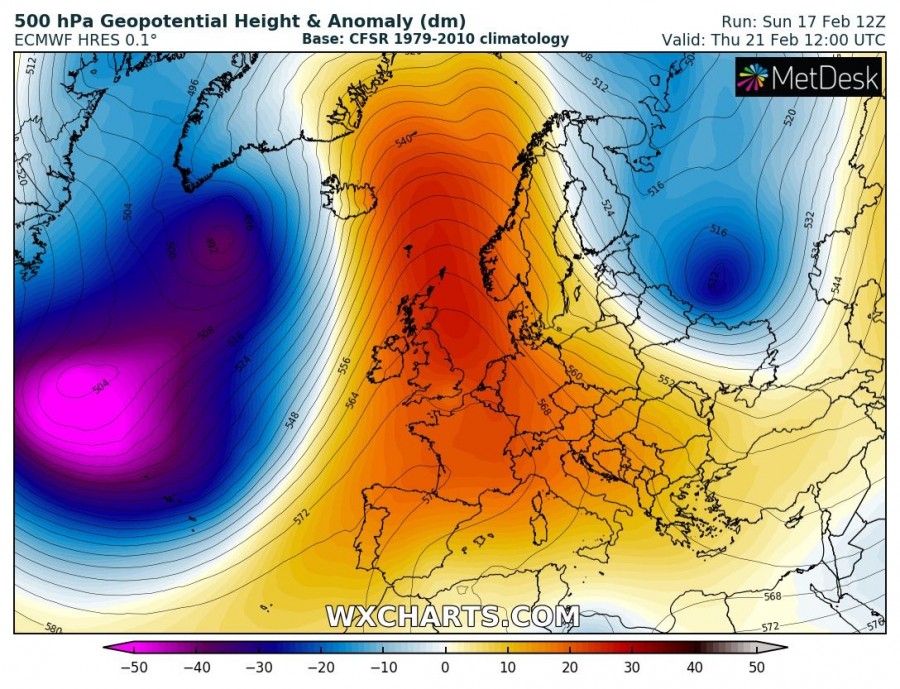 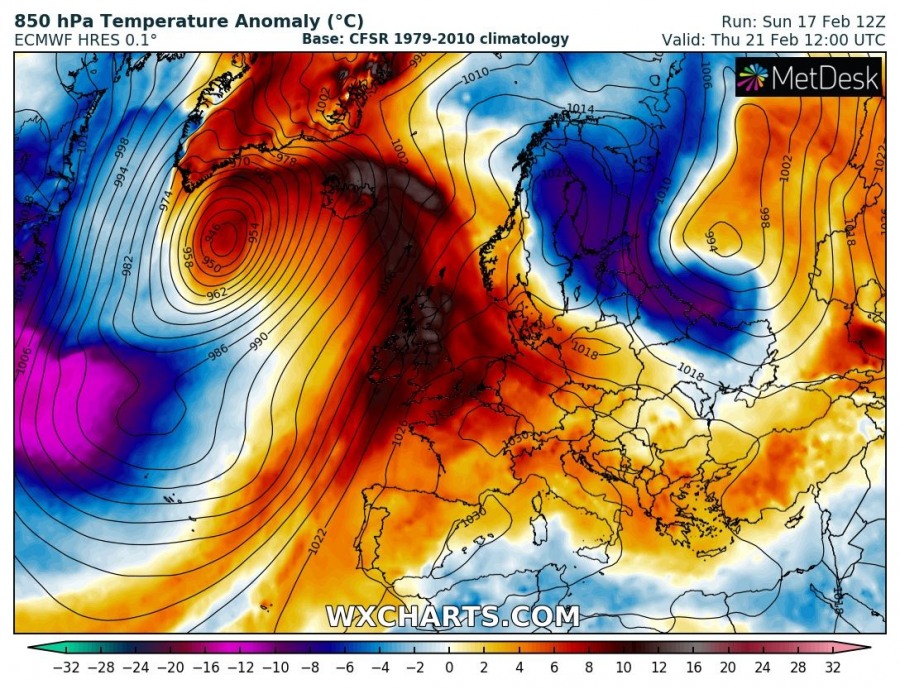 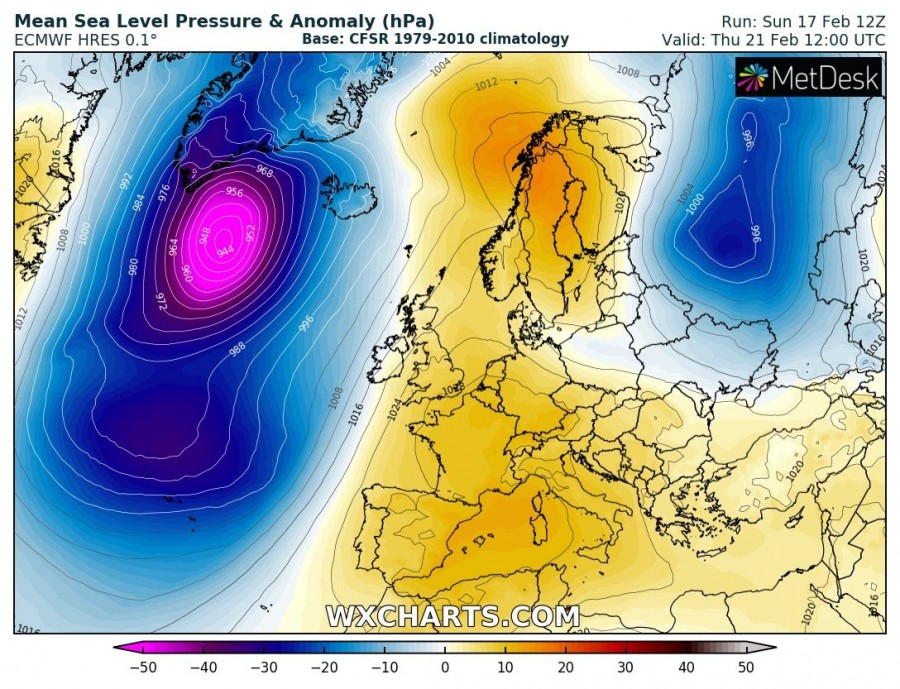 A powerful upper ridge now dominates western, central and northern Europe while an upper low/trough is moving across western Russia and SE Europe. This brings very cold weather into Ukraine while very warm airmass remains over the British Isles, North Sea and also spreads into Scandinavia and the Arctic region. A deep trough pushes into Greenland with an intense surface cyclone. 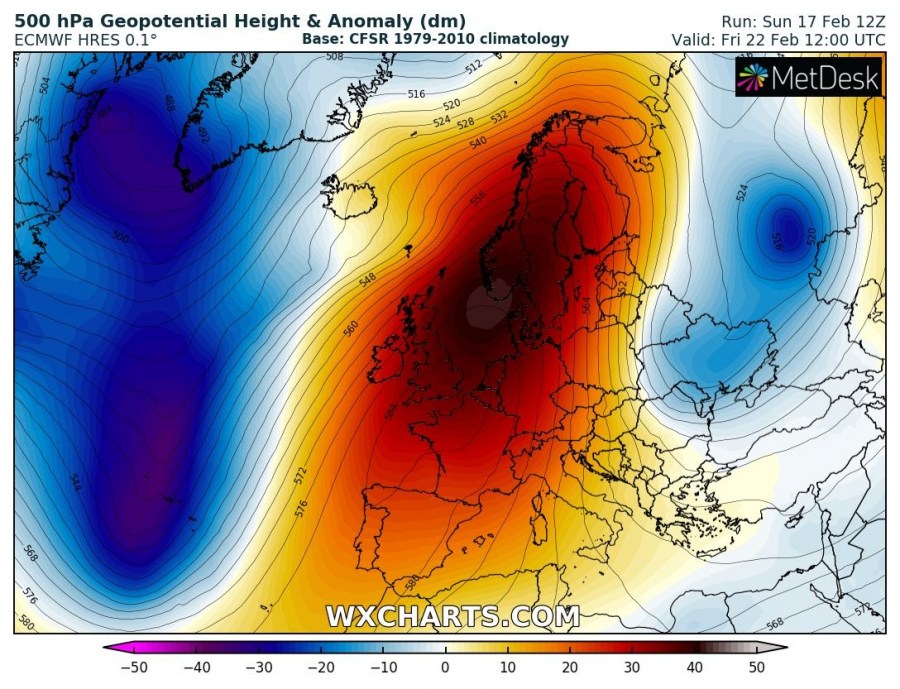 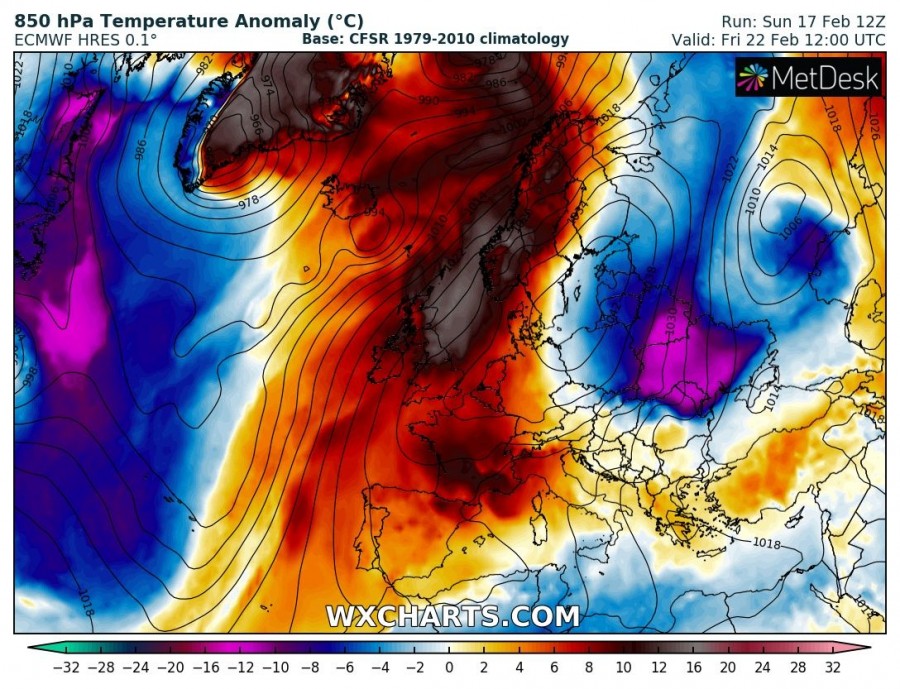 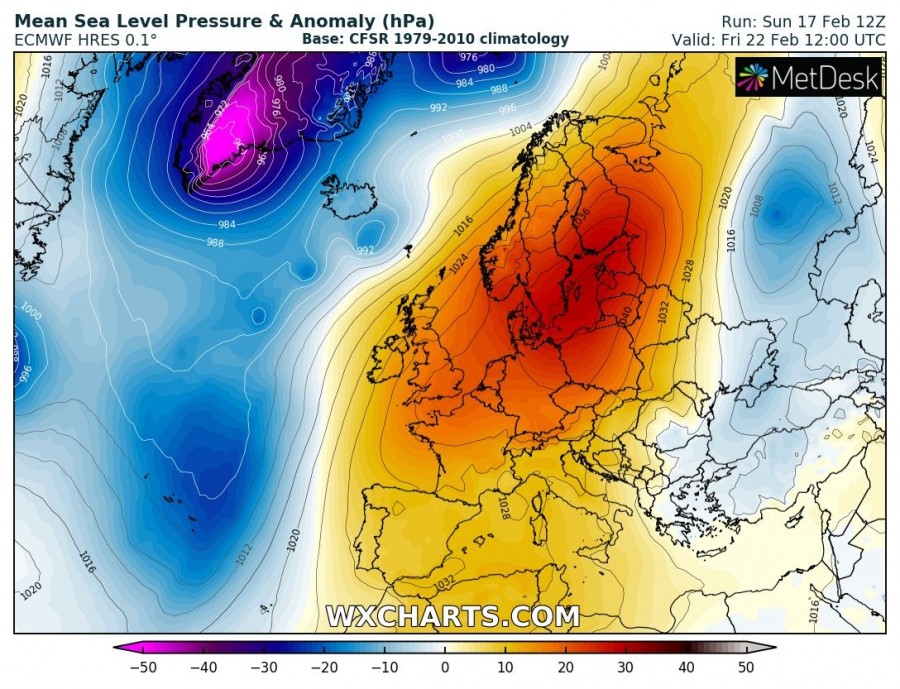 Similar as a day before, an intense upper ridge with strongly positive anomaly is centered over the western, central and northern Europe. Resulting in unsually warm weather across the western half of Europe and also the northern Europe. The trough/low over the SE Europe moves towards the southern Mediterranean, resulting in much colder airmass across the Balkan peninsula. High pressure system strengthens over the central and eastern Europe. A new deep cyclone develops over the N Atlantic. 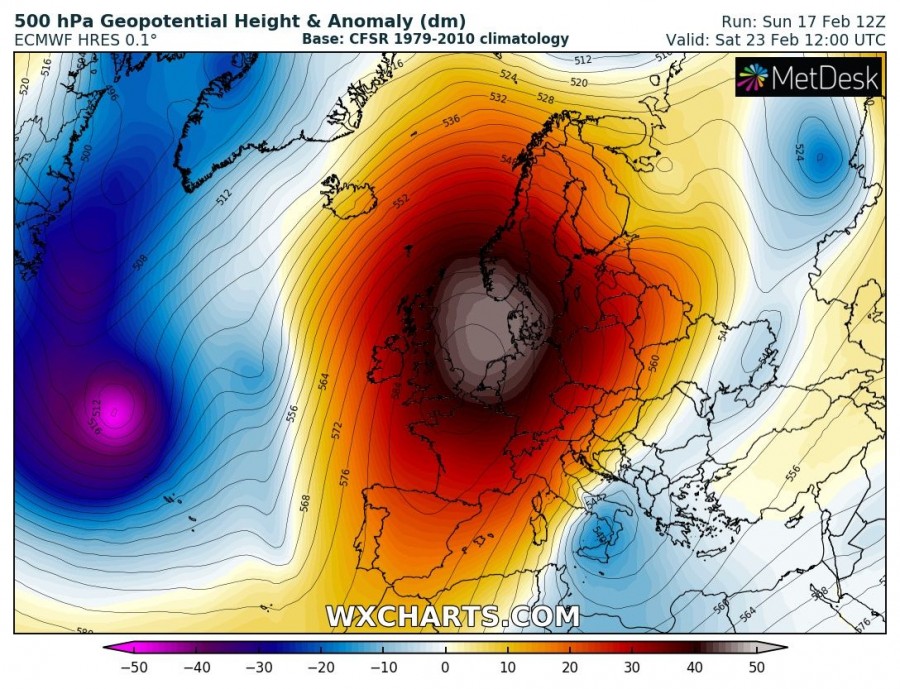 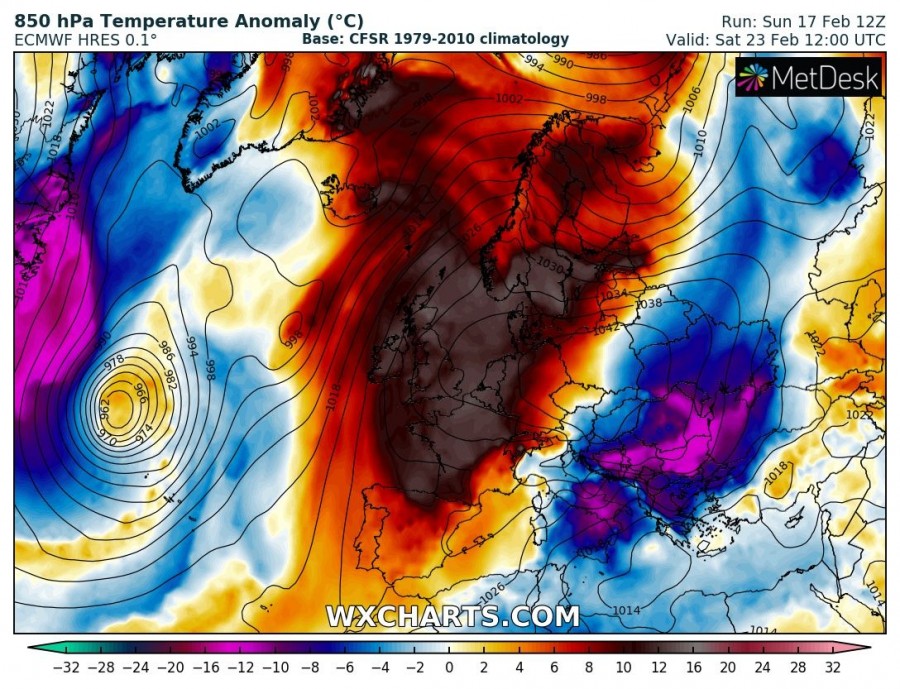 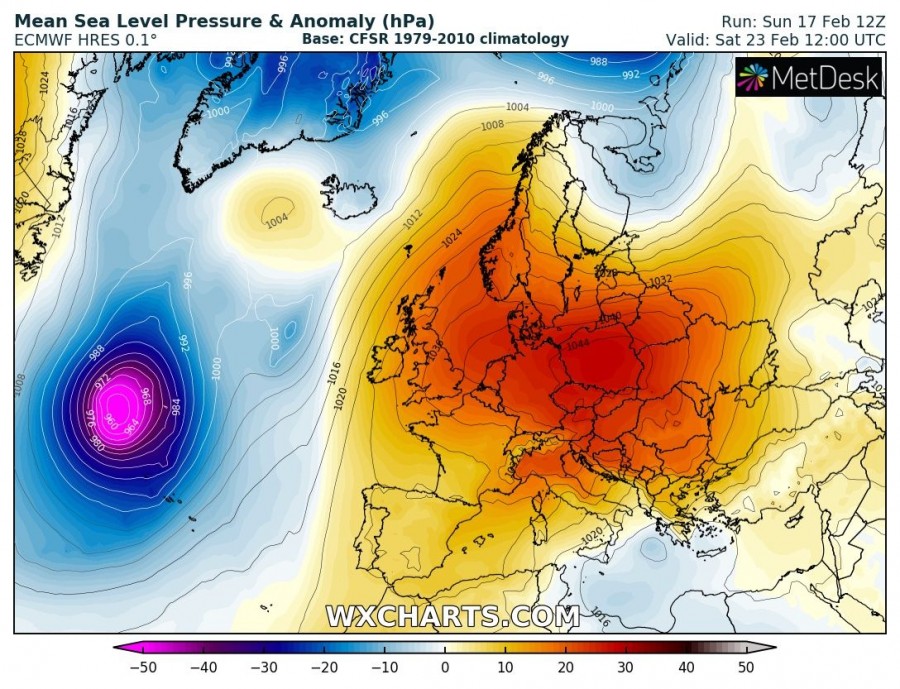 A very strong upper ridge remains over western, central and northern Europe, continuing with much warmer weather than average across the British Isles, Benelux, North Sea and Scandinavia. Cold advection is gradually weakening across the Balkan peninsula. A deep trough with an intense surface cyclone is moving towards Greenland. 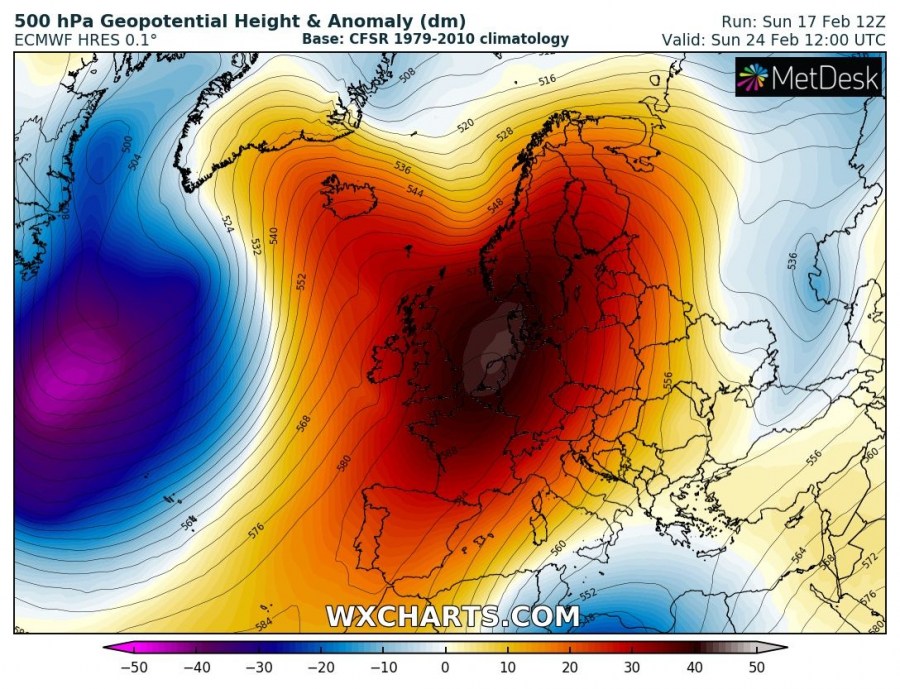 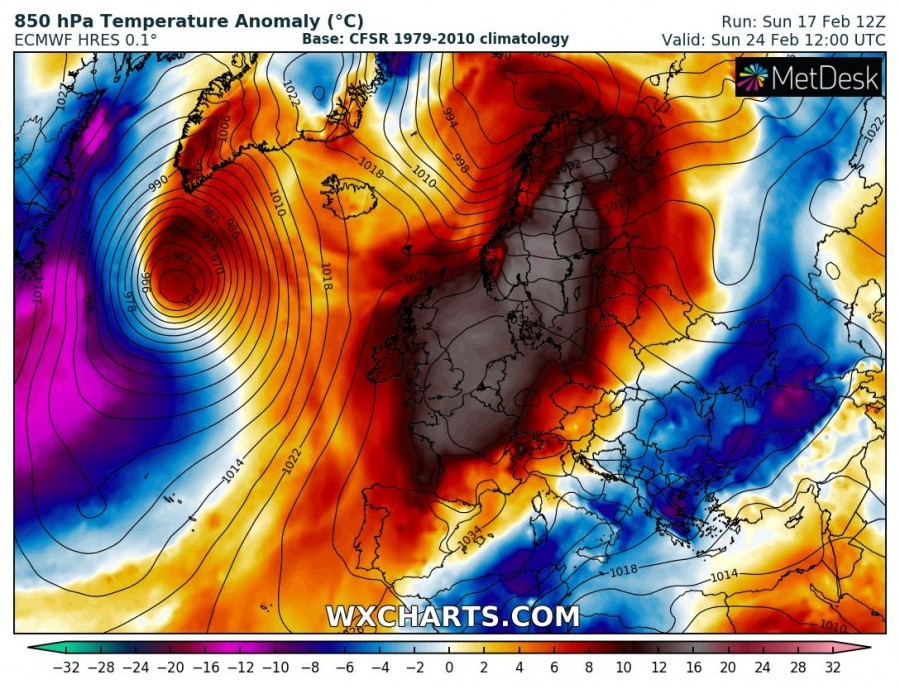 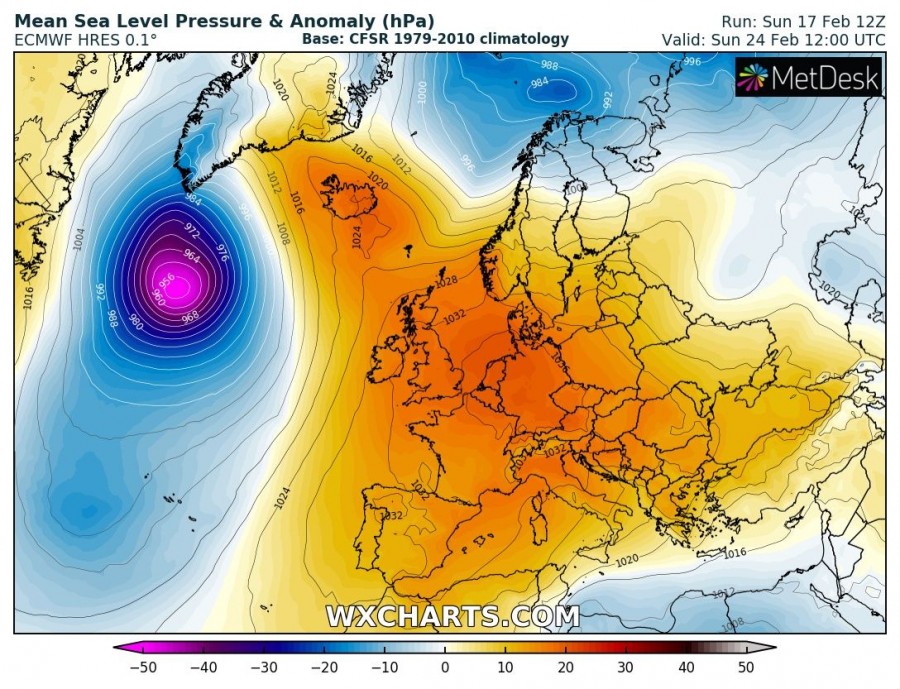 The powerful upper ridge starts weakening, but remains a very strong system, centered over western Europe with most of Europe still influenced by it. Incredibly warm airmass remains over the British Isles, France and Benelux. A short-wave trough with a deep cyclone moves across northern Scandinavia into NW Russia. The deep cyclone over the north Atlantic pushes into Greenland while another surface low develops further south. 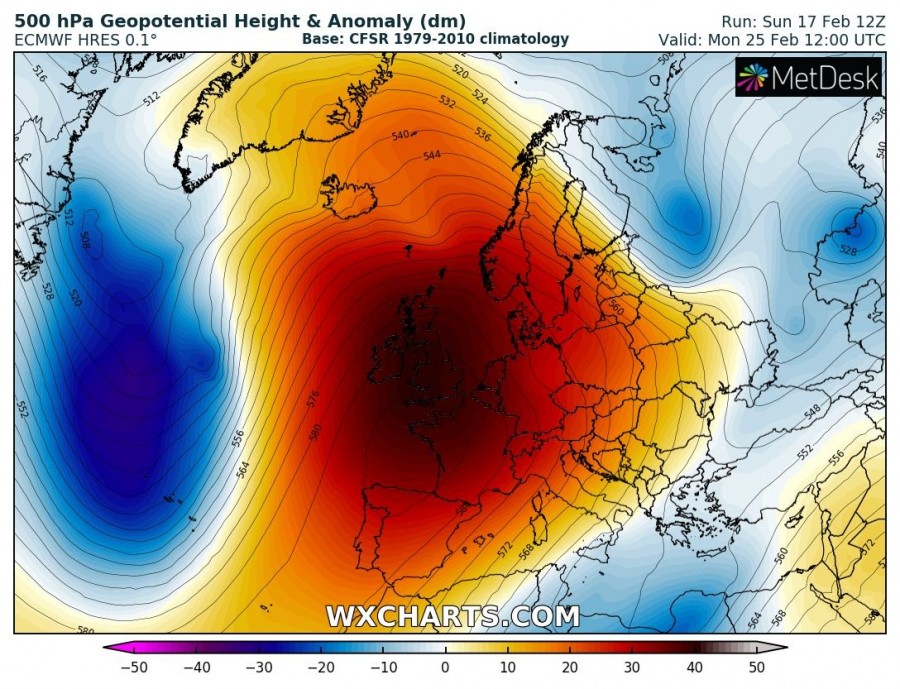 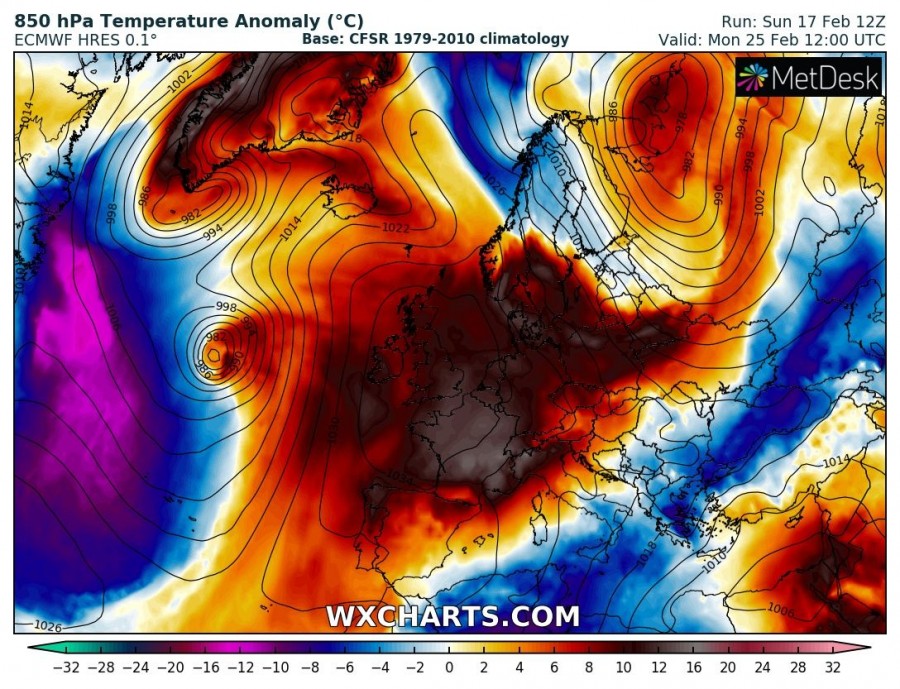 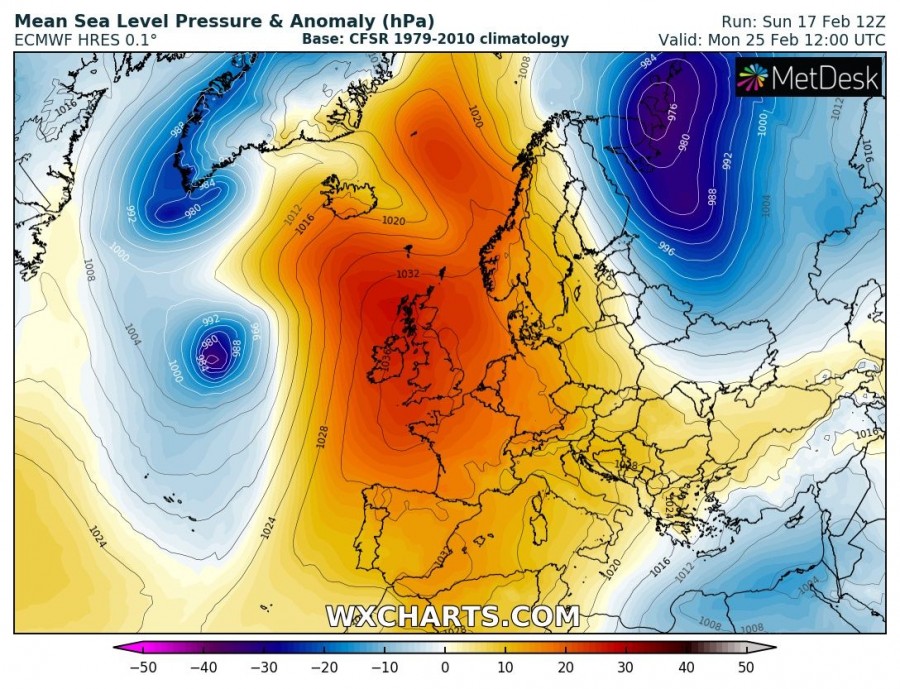 We are monitoring the pattern evolution – stay tuned for updates on the separate systems in the coming days.