The last week of December will be characterized by a ridging pattern for the W half of Europe with continuing warmer than average weather. A cold shot moves across parts of eastern Europe and the Balkan peninsula towards the south in the first part of the week, and cold weather remains over SE Europe until the weekend. Meanwhile, a ridge strengthens over the western Europe and Atlantic, establishing a more meridional flow for the eastern half of Europe around the New Year. This could result in a cold blast into the central Europe and Mediterranean by early next week.

Ridging dominates the WSW Europe while a short wave trough / upper low moves across the NE Europe. Unusually warm weather remains over the Mediterranean and Iberian peninsula, quite cold over Baltic region and Scandinavia. 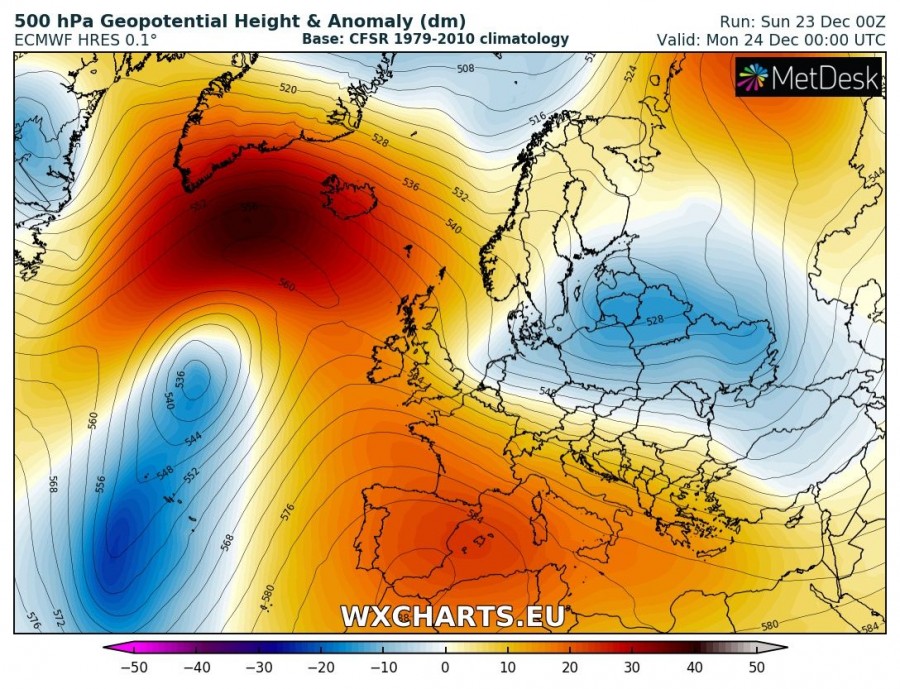 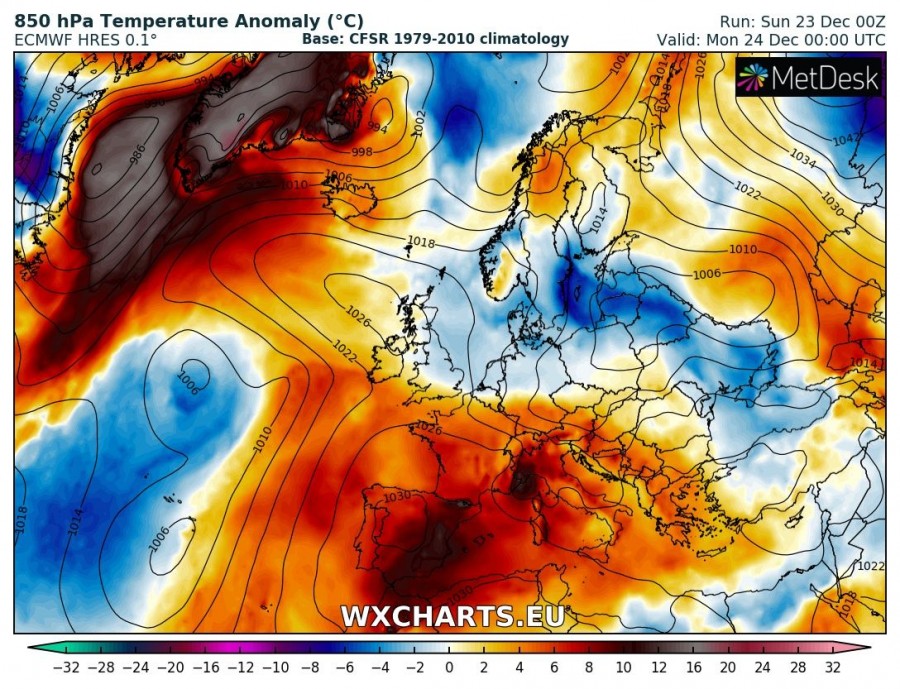 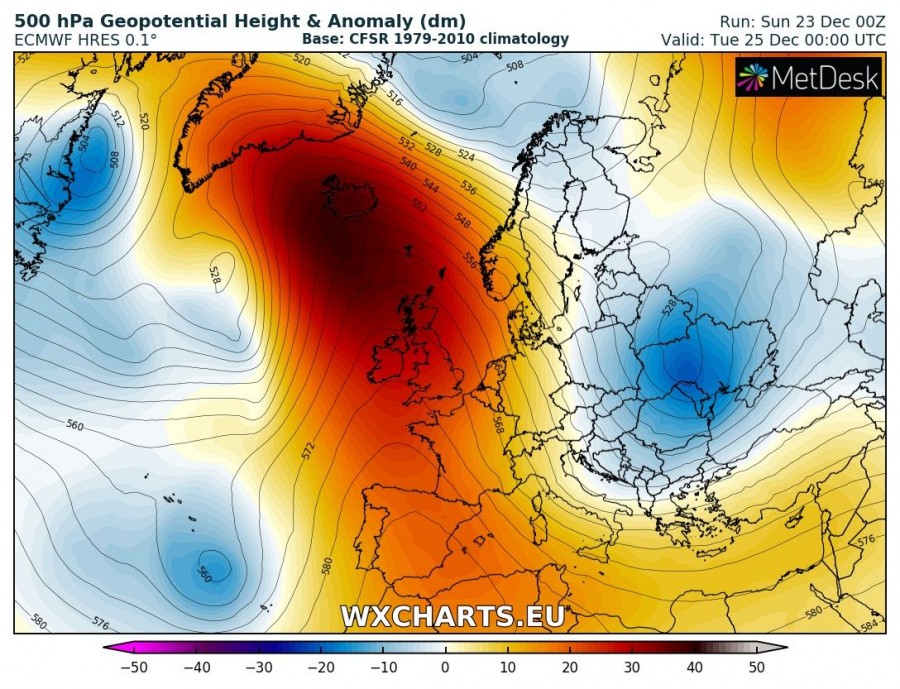 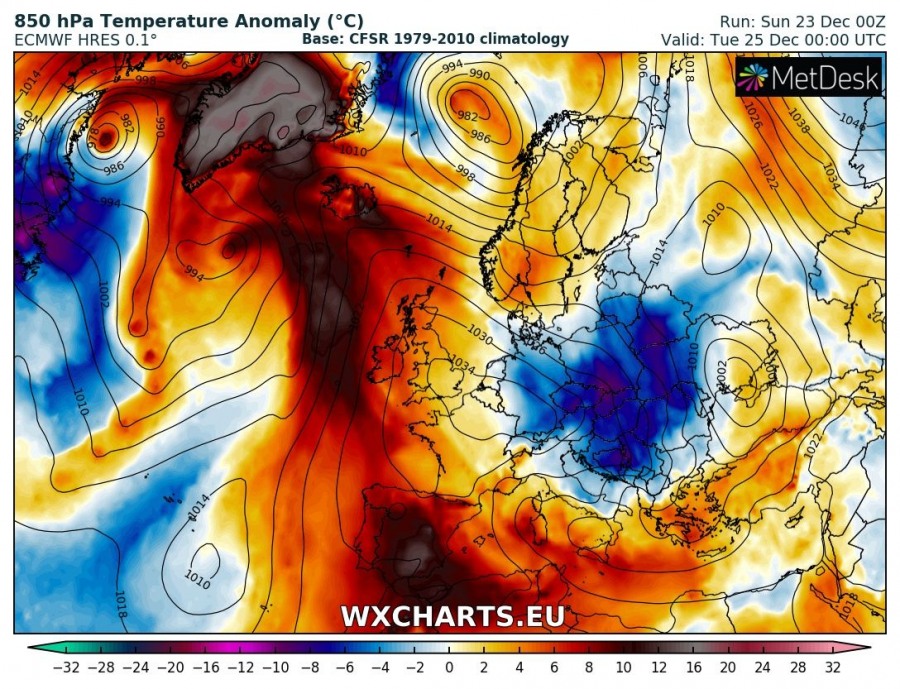 While the ridging over N Atlantic and W Europe gradually weakens, it expands into central Europe as well. A very warm weather remains over WSW Europe and Iceland. Very cold weather associated with the upper low advects from E into SE Europe and reaches Turkey. Snowfall will develop over Turkey in response to Black sea effect snow. 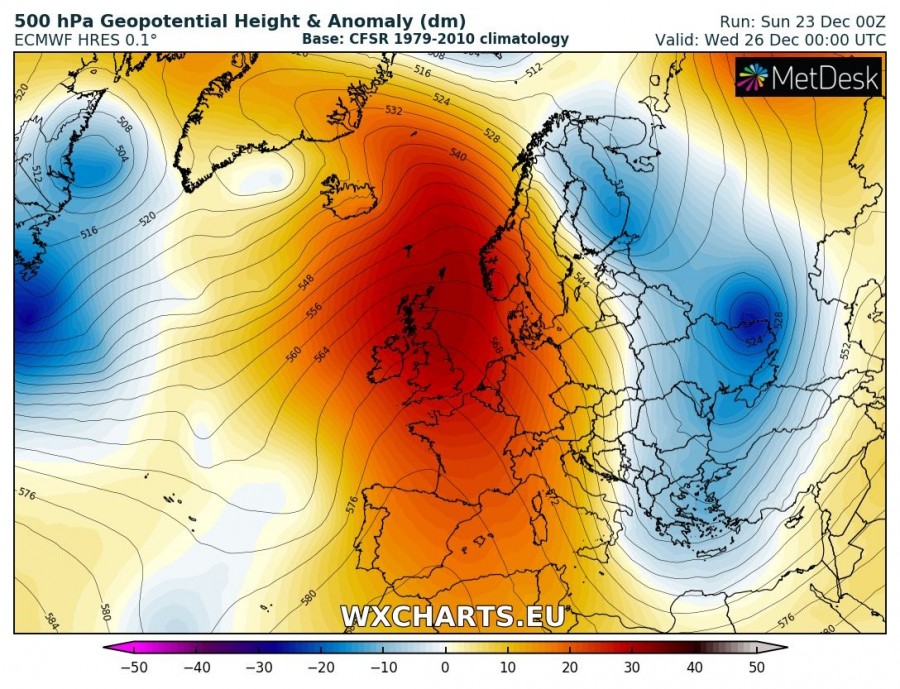 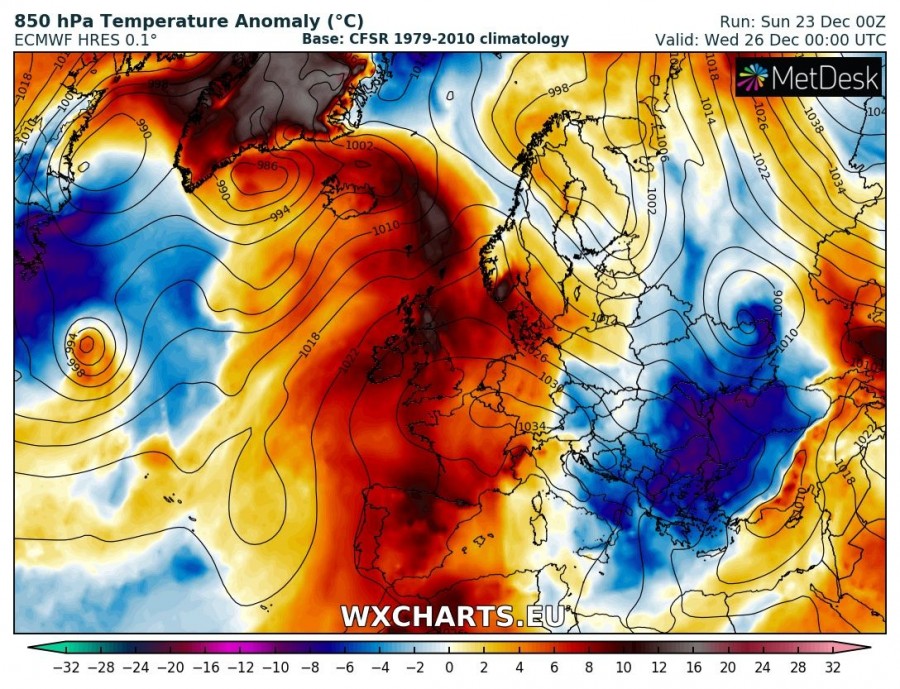 Ridging continues over WSW and central Europe, a new cold upper low develops over the NE Europe and NW Russia. Above normal temperatures are expected for the west-central Europe while very cold weather remains over the SE Europe and SE Mediterranean. 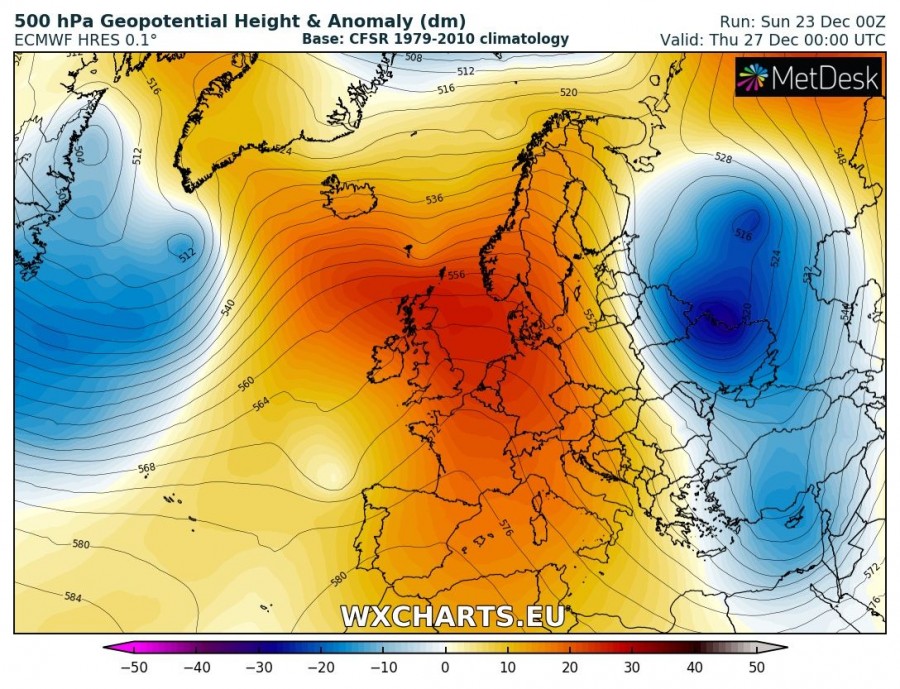 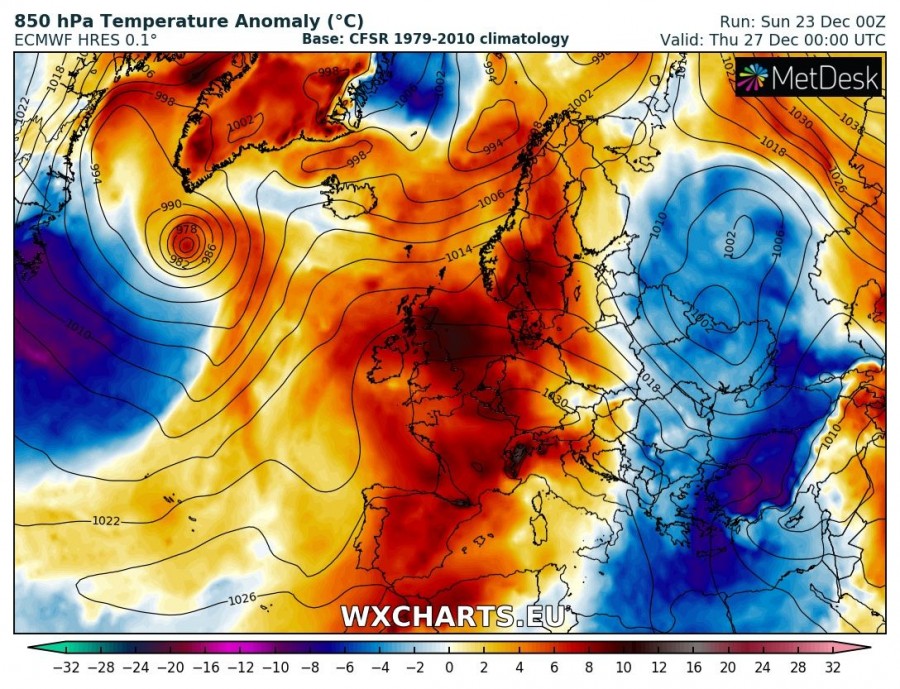 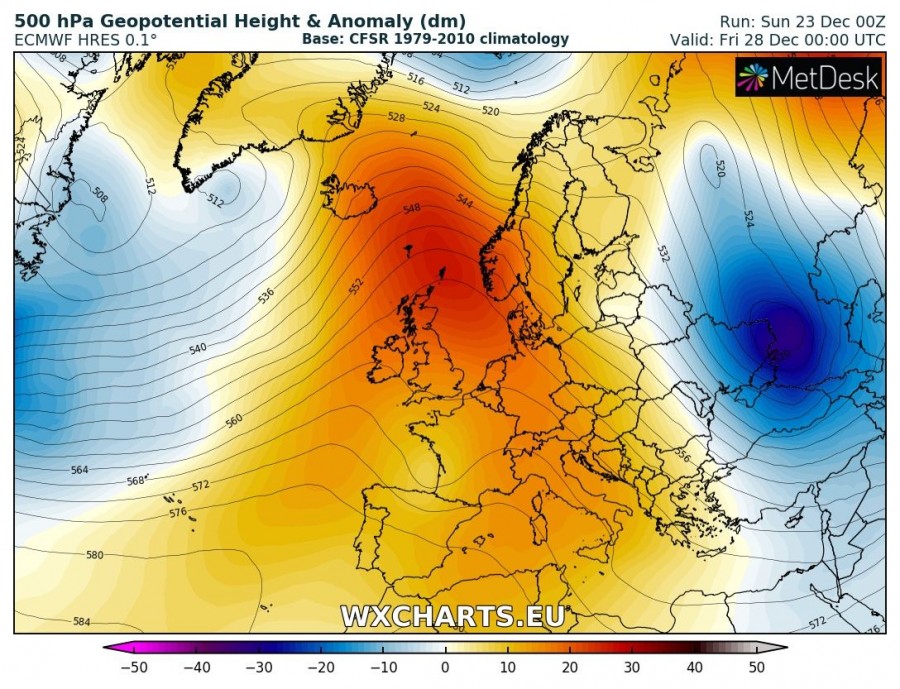 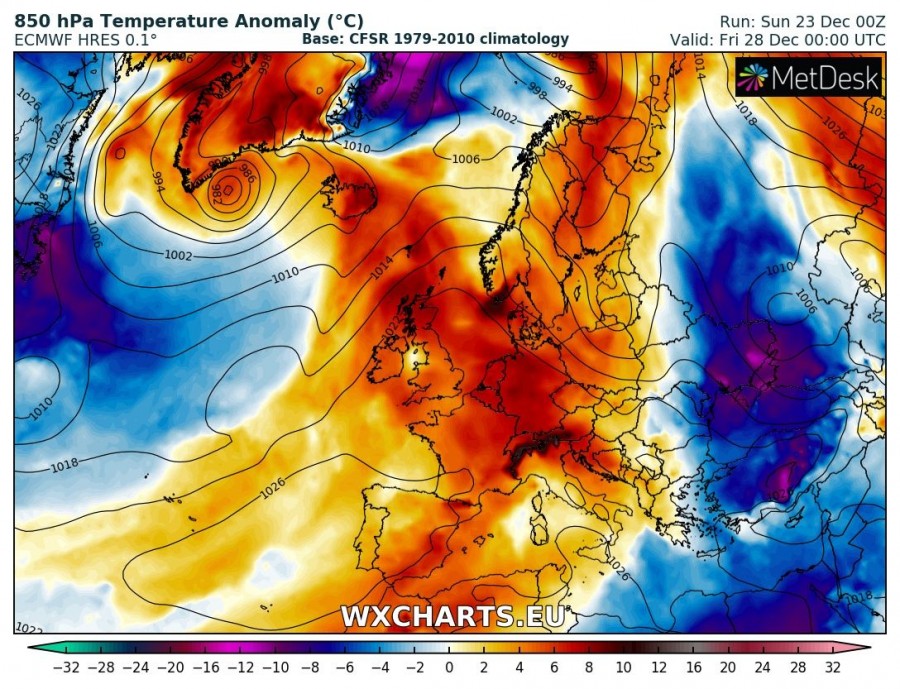 Very similar pattern to Friday’s with ridging over most of Europe while ESE Europe will be under the effect of two upper lows and colder weather than normal. 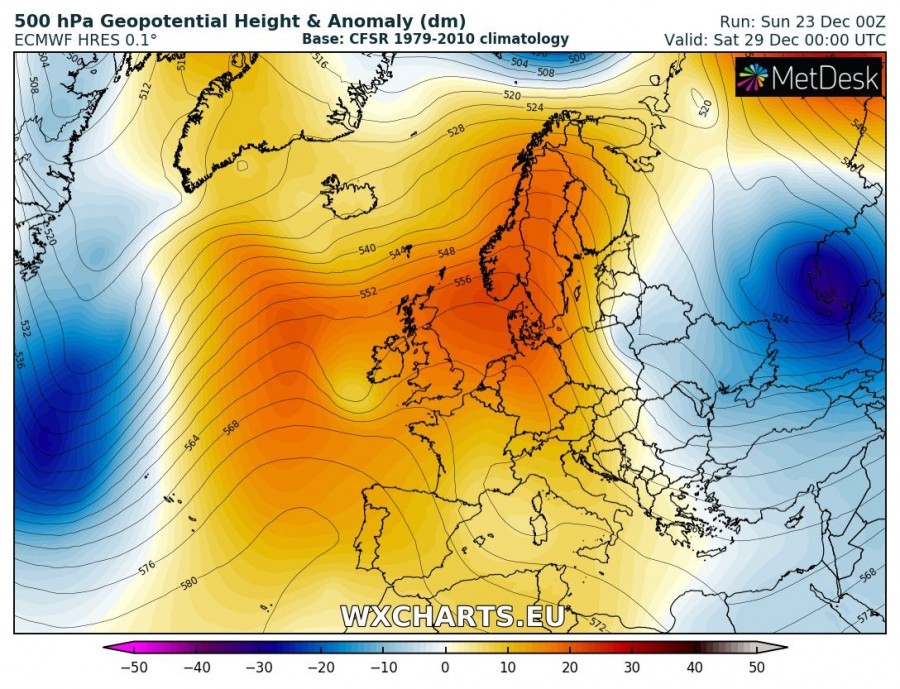 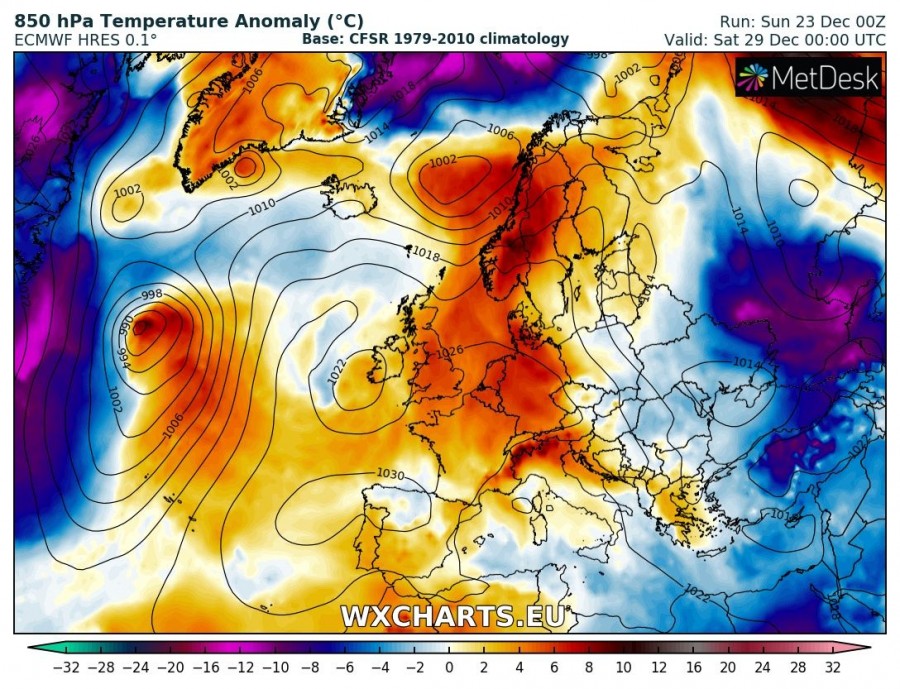 Ridging gradually weakens over north and central Europe while it strengthens over the NE Atlantic. An upper low moves across SE Europe and continues with cold weather into the region. A deep cyclone west of the NE Atlantic ridge brings very strong warm advection towards Iceland. 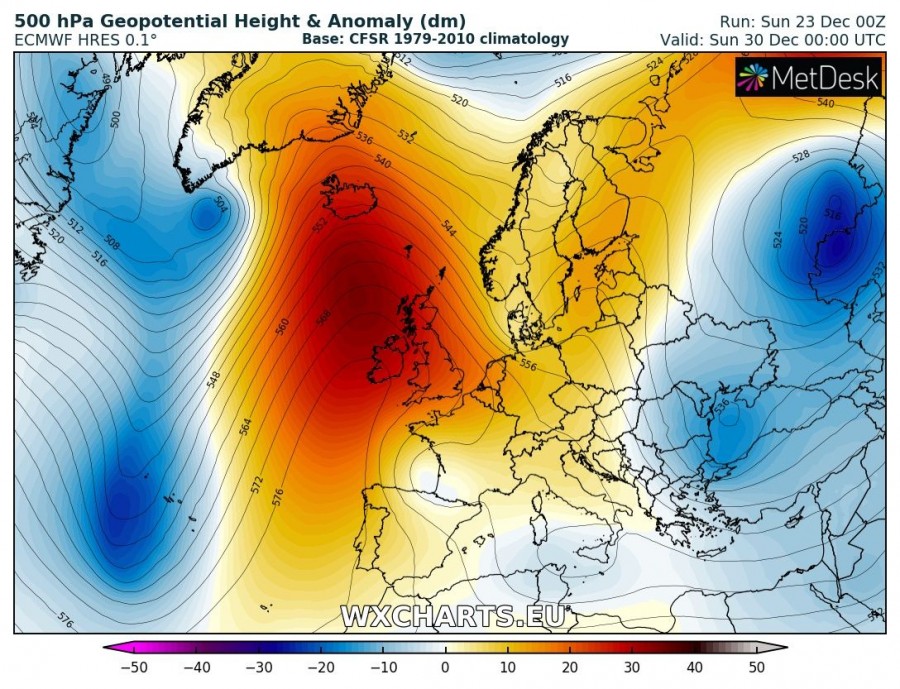 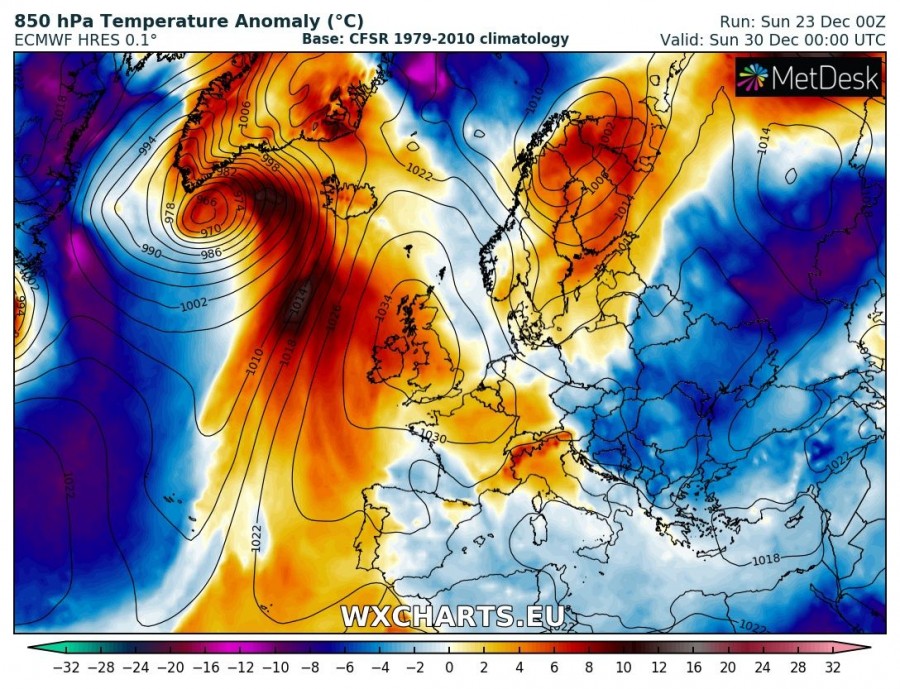 A strong ridge is centered over the W and partly N Europe while deep cyclone moves towards NE near Iceland and brings a severe windstorm. To the east of the ridge, an upper low moves into central Europe and brings colder airmass into the Balkan peninsula which continues towards the Mediterranean. 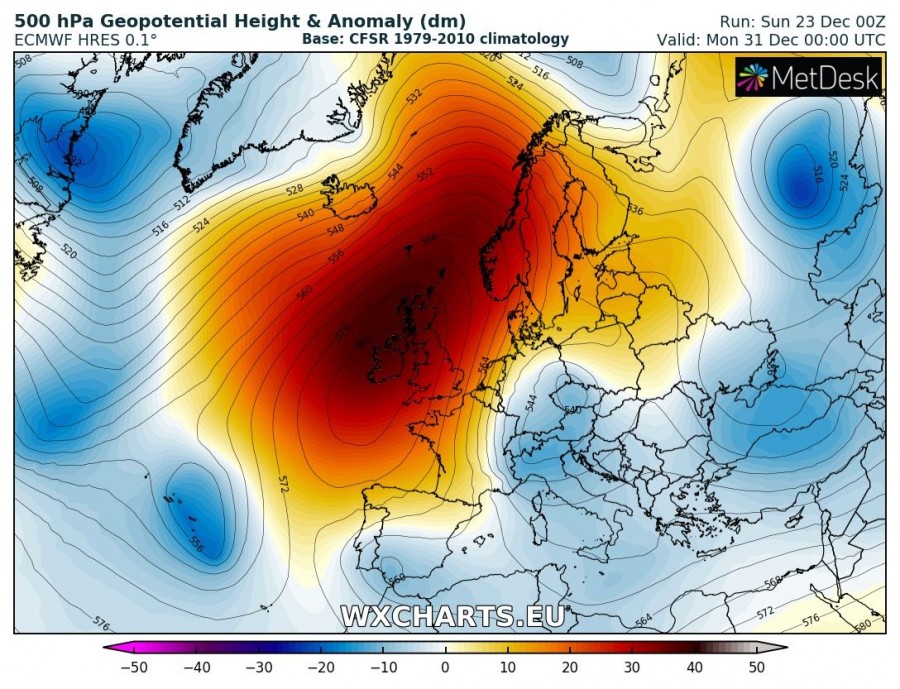 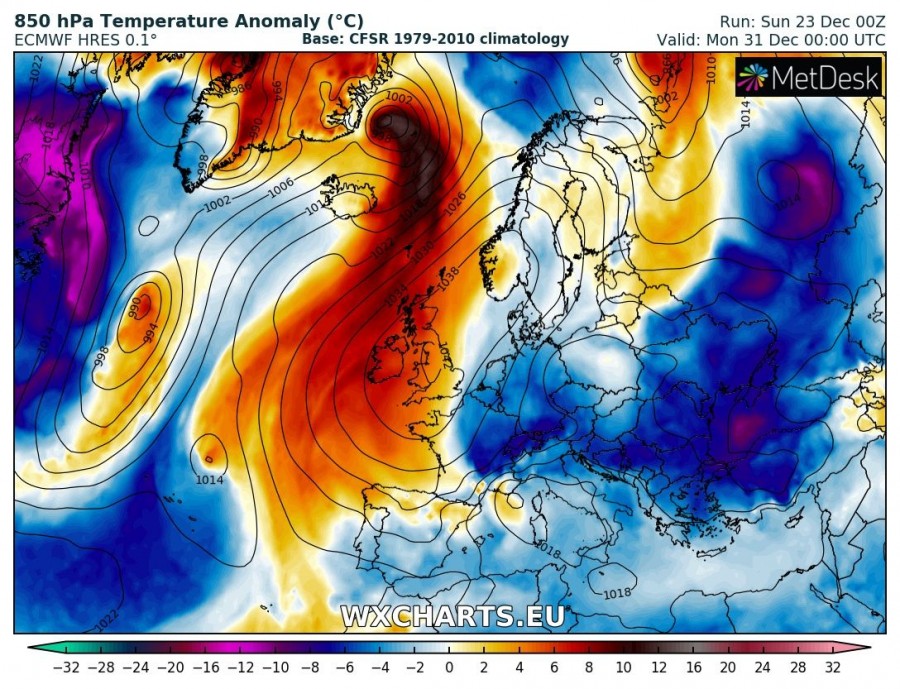 A very strong ridge will be centered over the N Atlantic, N and W Europe while an upper low strengthens over the Mediterranean. This results in much colder weather for south-central Europe and also Balkan peninsula. A deep cyclone with windstorm pushes into N Scandinavia. 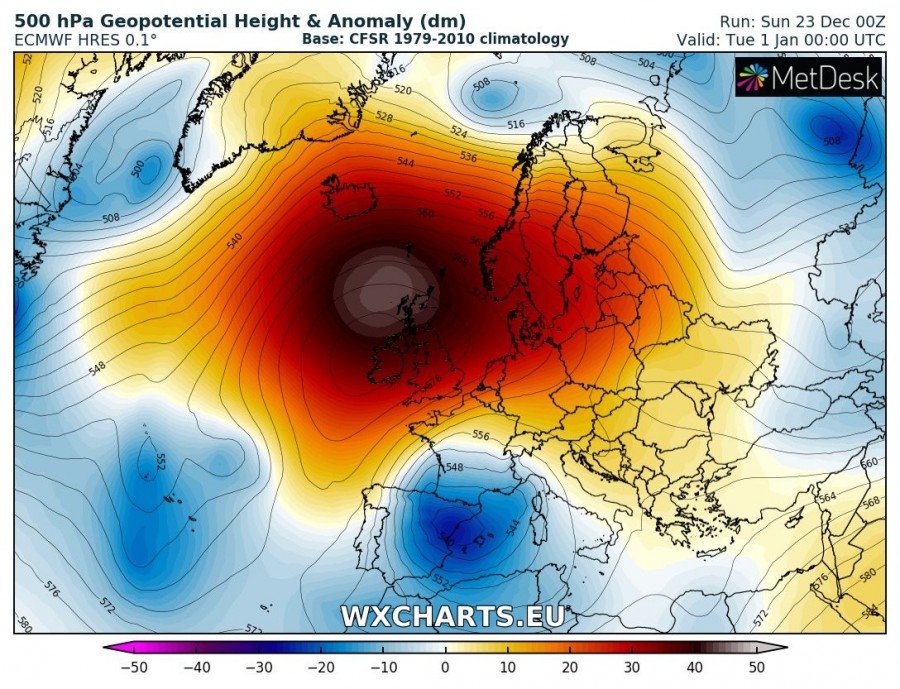 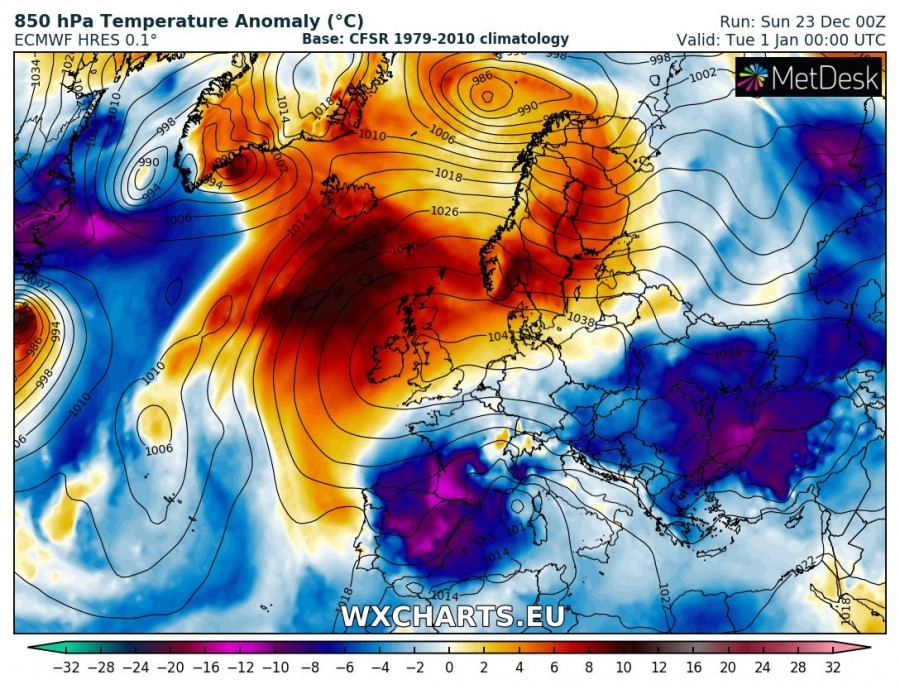 It appears possible a Rex blocking pattern could develop around New Year with a high pressure system dominating N half of Europe while troughs / lows dominate the southern half.