The coming week looks like it will be a dynamic one. Spring is here. A very dynamic pattern is ahead for the southern half of Europe: deep troughs and cutoff lows will produce unstable weather. We take a look at the general pattern first and then some highlights.

A very dynamic pattern is ahead this week for the southern half of Europe: beginning on Tuesday, a broad low pressure area begins establishing across the Atlantic and SW Europe. The area will spread eastward across central, northern and eastern Europe through the second half of the week. Several troughs and cutoff lows will be pushed from the west into the Mediterranean region and the southernmost parts of central and eastern Europe, producing dynamic weather with significant rainfall and snowfall, locally also some thunderstorms. Overall, temperatures will be average for this period, except for northern Europe, which will be somewhat colder. 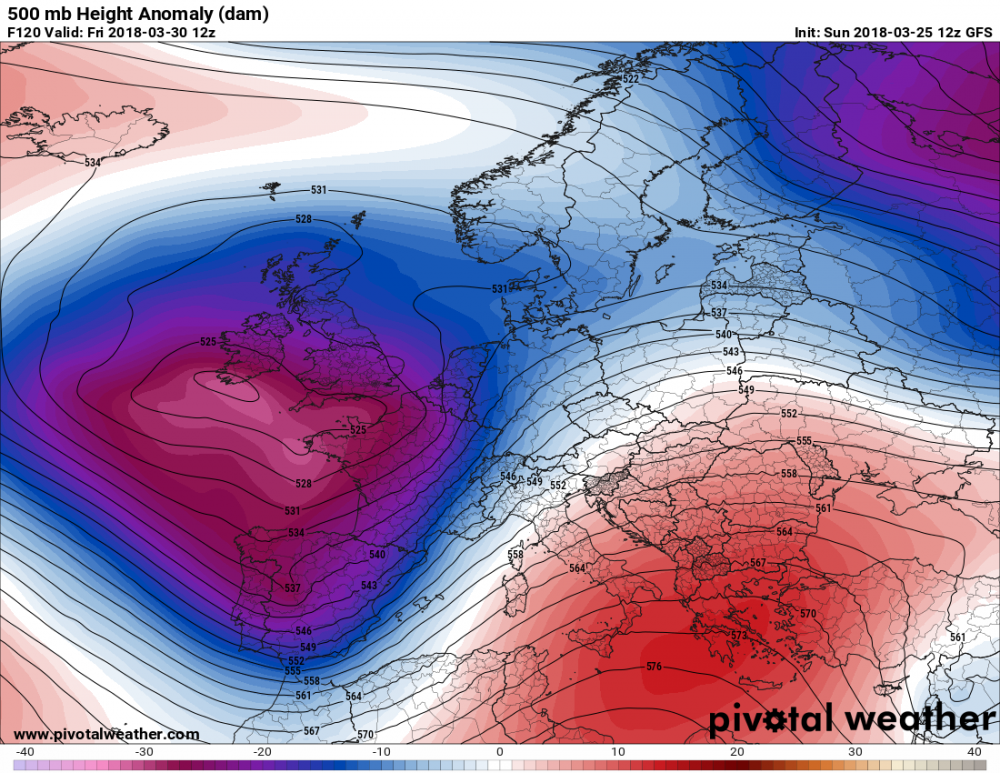 Several models indicate the development of a deep cyclone within the broad low pressure area over W Europe on Wednesday. Still quite far out and model guidance may change significantly. We will be keeping an eye on this system.

A new round of snowfall is also in store for the northern Spain, the Pyrenees, northern Alps and southern Balkans in the first three days of the week.

Stay tuned for more details on the pattern evolution and individual events – as well as our Severe Weather Outlooks returning this week!