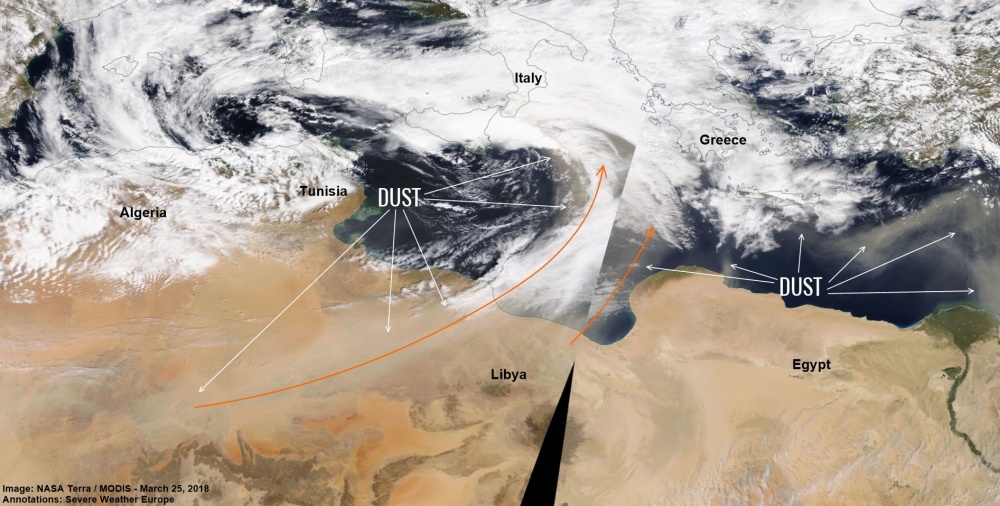 A major dust cloud is moving into the central Mediterranean by mid-day on Sunday. It will reach Greece by early afternoon, Crete will already have been reached by first significant dust by late morning. The dense dust cloud moves across Greece and into Albania, FYR Macedonia, Serbia, Bulgaria and W Turkey by the late afternoon. A second very dense dust cloud begins moving from the central part of the Libyan coast towards southern Greece (Crete, Peloponnesos) and into southern Aegean. 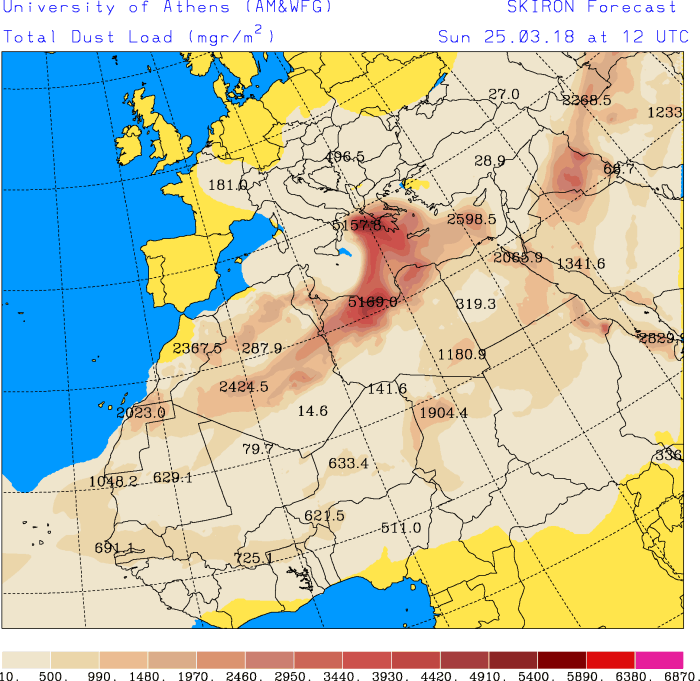 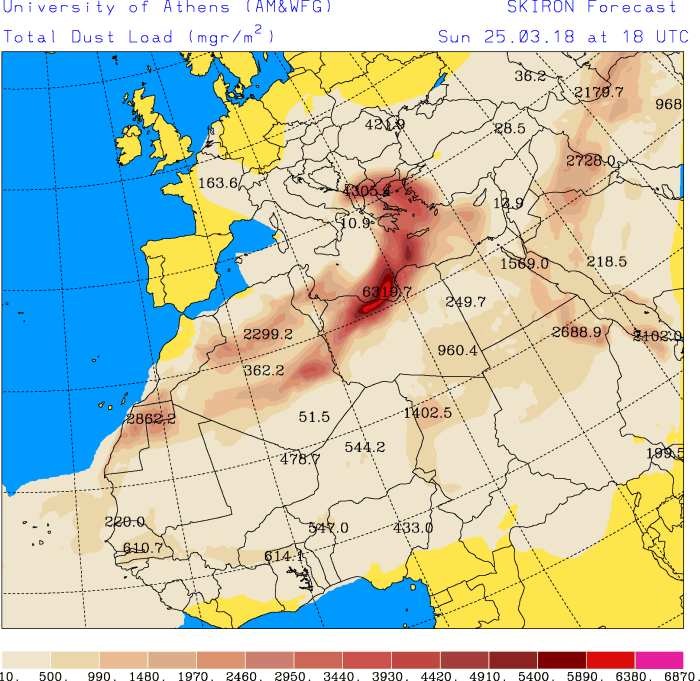 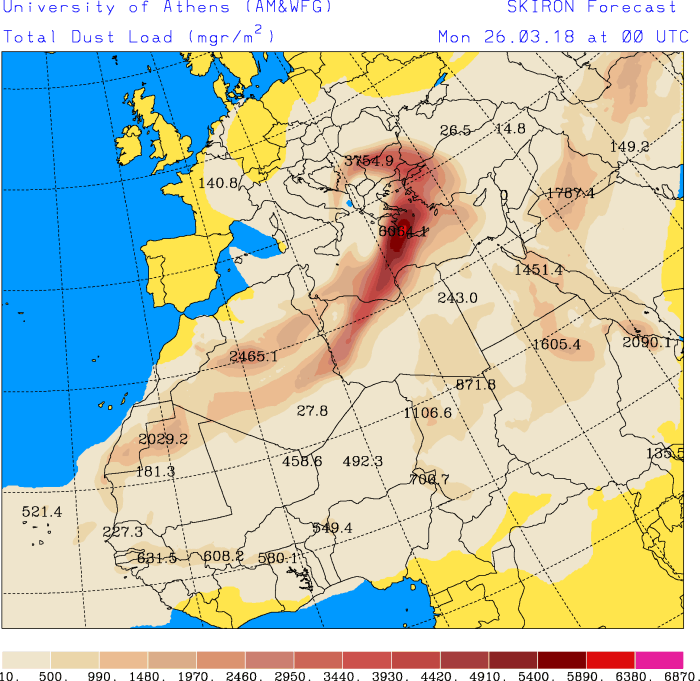 In the morning hour the new dense dust cloud extends across Peloponnesos and into the Aegean and Marmara region. The first dust cloud will already have moved into NW Turkey, the Black sea, Romania and Serbia. Significant dust also across SW Turkey. By late afternoon the thick dust reaches the NE coast of the Black sea and moves into extreme SW Russia. Still thick dust across the Aegean and Marmara regions as well as W and N Turkey. A new wave of dust likely for Crete and S Aegean in the evening hours. 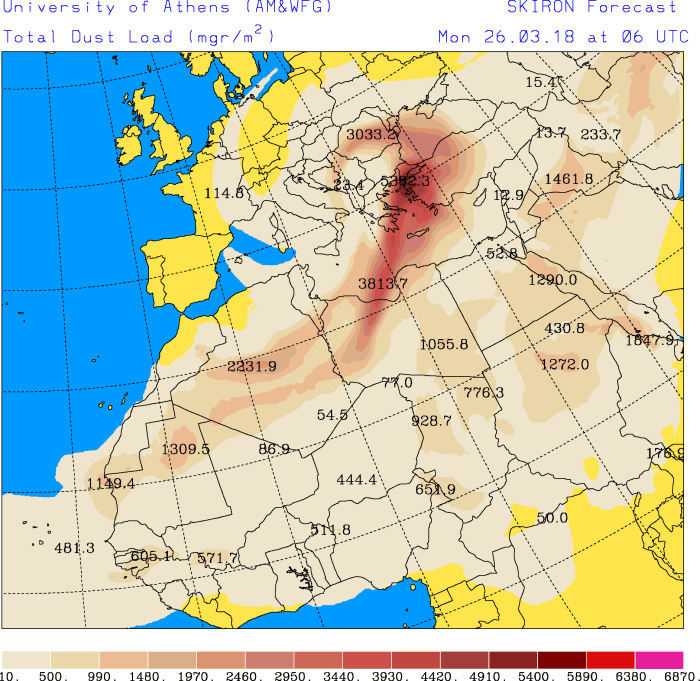 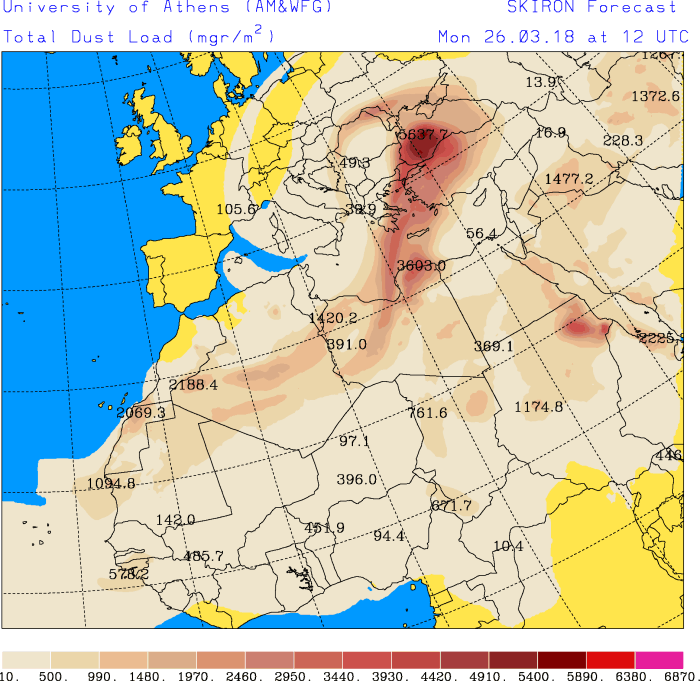 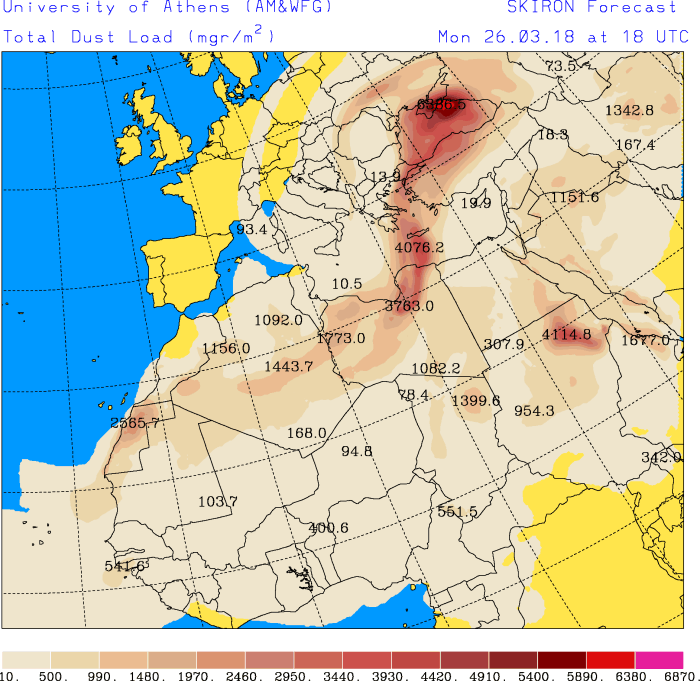 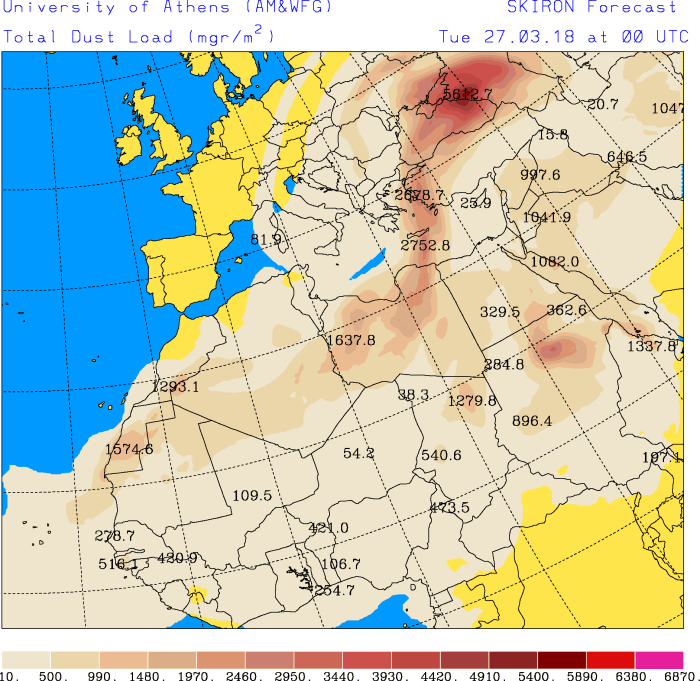 We will be providing further updates this evening.

Greece will be choked by another round of thick Saharan dust on Sunday, expect dust also in S Italy, the Balkans and W Turkey
← Previous
Weather pattern outlook for Europe for the coming week
Next →
Comments are closed.