Latest updates on the upcoming significant Arctic outbreak this weekend; various models are in a good agreement on the widespread cold airmass advection later this week, starting on late Friday across NE Europe and spreading further WSW over the weekend.

Below is the GFS model map for Saturday afternoon, March 17th, when the cold airmass will already be spreading across parts of central Europe, reaching Germany and northern Alpine region in the afternoon hours. Notice the strong warm advection across the Balkan peninsula ahead of an associated deep trough / cyclone located over the northern Mediterranean at that time. This cyclone will bring excessive rainfall into N Italy and NW Balkan countries on Fri/Sat timefram,e before precipitation turn into snow through late on Saturday. Blizzard conditions with likely quite some heavy snowfall and intense downslope Bura winds can be expected across the NW Balkan peninsula, especially along the Dinaric mountain range in SW Slovenia and NW Croatia. 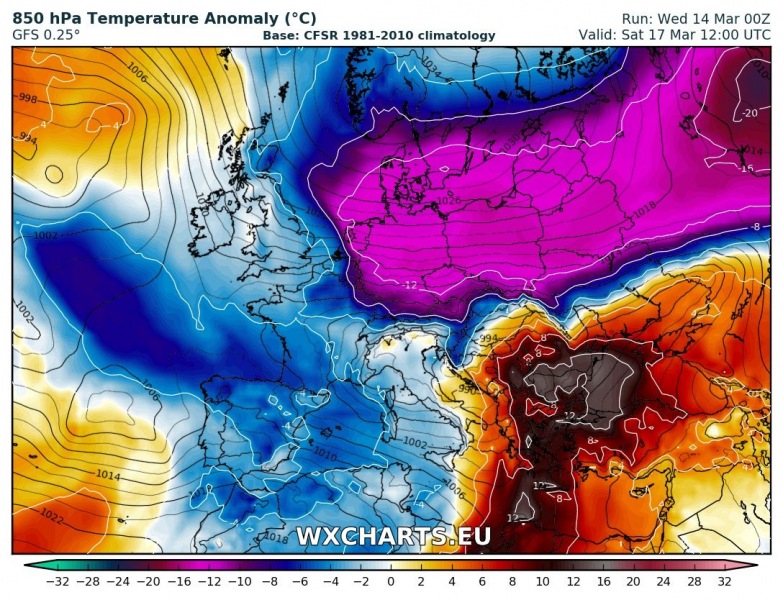 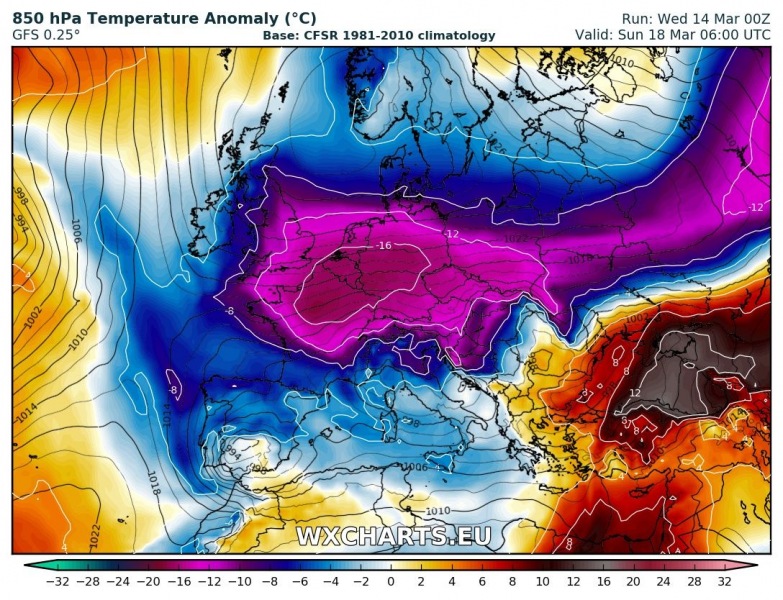 Monday, March 19th – very cold airmass already reaches S France and N Spain where around 15 °C colder than average temperatures are expected at mid and low levels. This is very extreme for this part of our continent so late in the month of March! An associated cyclone over the Mediterranean results in cold advection spreading in its wake also towards Algeria and surrounding countries, as well as northern Mediterranean. Ahead of the low, warm advection pushes across southern Mediterranean and bring dynamic weather with likely severe storms and lots of rainfall locally. 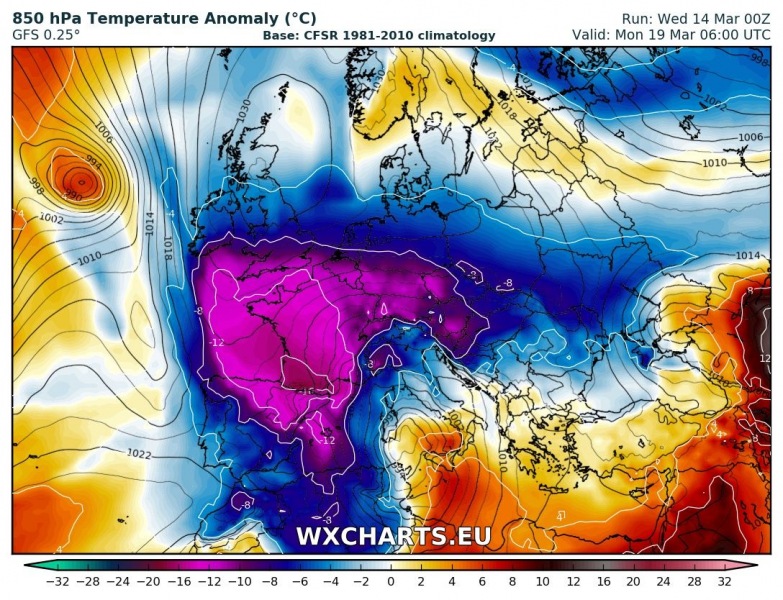 The last phase of this Arctic outbreak seems to be on Tuesday, March 20th, when the core of the cold pool with very low mid-level temperatures reaches N Africa, including Algeria and Tunisia. Very cold airmass also remains over north-central Iberia while the cold pool gradually diminishing across western, central and eastern Europe on this day and the days after. 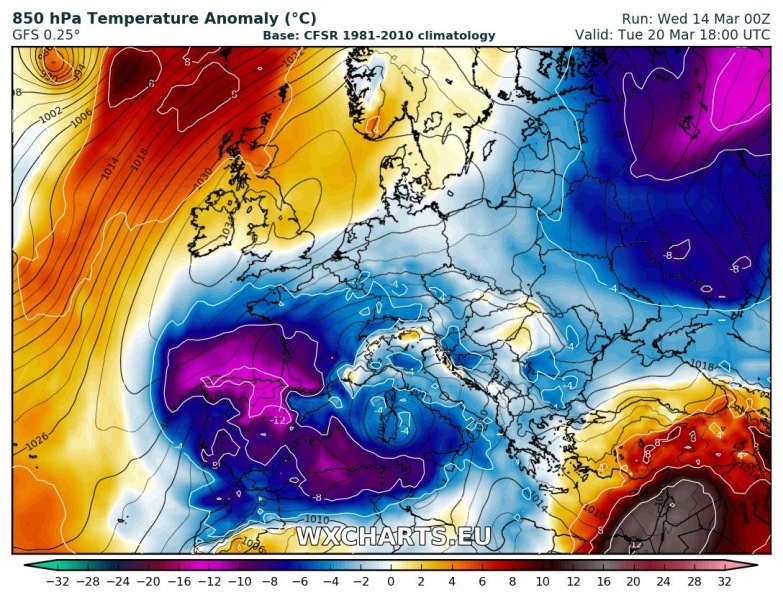 Below is the animation of the evolution of Arctic outbreak, a quite impressive dynamics across our continent this weekend. Who wouldn’t love the weather!