A long wave trough is pushing across western Europe today, bringing unstable weather to the region. A surface low develops over western France in the late morning and pushes across northern France into BeNeLux by early to mid afternoon. Moderate to locally strong instability will build up across the region by early afternoon. Up to 1500-2000 J/kg MLCAPE will be available in the warm sector of the low, locally peaking up to 2500 J/kg.

Storm initiation is expected in mid afternoon with discrete thunderstorms mainly along the cold front in N-NE France. Some prefrontal storms are likely in the warm sector across central and eastern France. Initial storms will likely be isolated/discrete supercells, rapidly coalescing into a MCS/QLCS by late afternoon, pushing into BeNeLux and NW Germany in the evening hours. Main threats with initial thunderstorms will be large to very large hail (>5 cm hail possible), torrential rainfall and severe straight line winds. Any thunderstorm close to the triple point, that will take advantage of the backing easterly surface flow and strongly veering low-level vertical wind profile will have a strongly increased potential to produce a tornado. Further to the south in the warm sector and along the cold front the southerly surface winds are less favourable for tornadoes, however, the environment will still be conductive for supercells. As storms merge into an MCS/QLCS, expect one or two bowing segments to form, with enhanced threats for severe straight line winds, in addition to torrential rainfall and large hail. Severe to extremely severe winds gusting in 100-140 km/h range are possible. The MCS will push into N Germany and the North Sea in the late evening hours and persist into early morning on Wednesday. 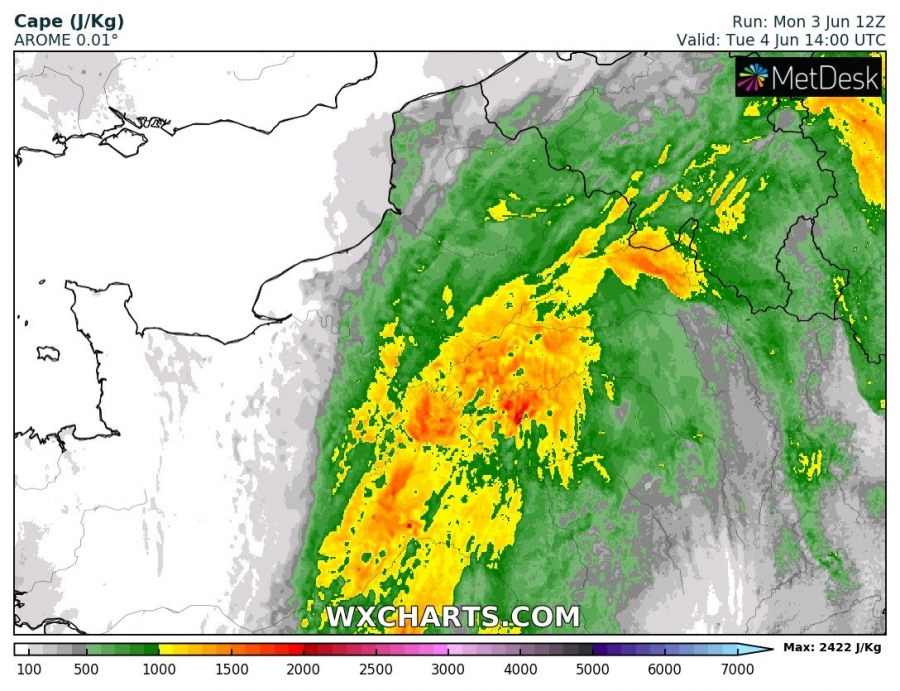 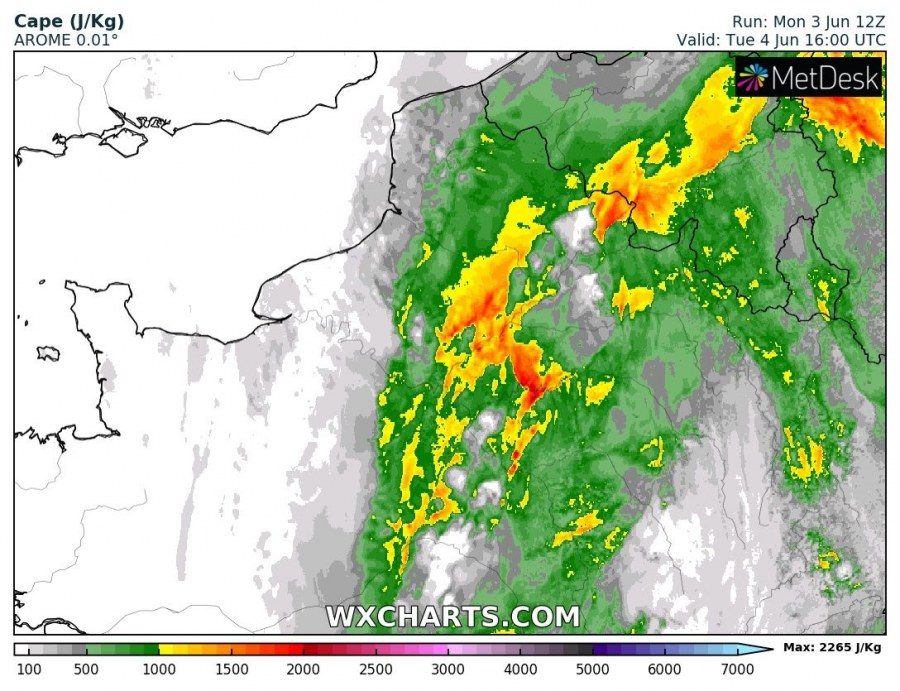 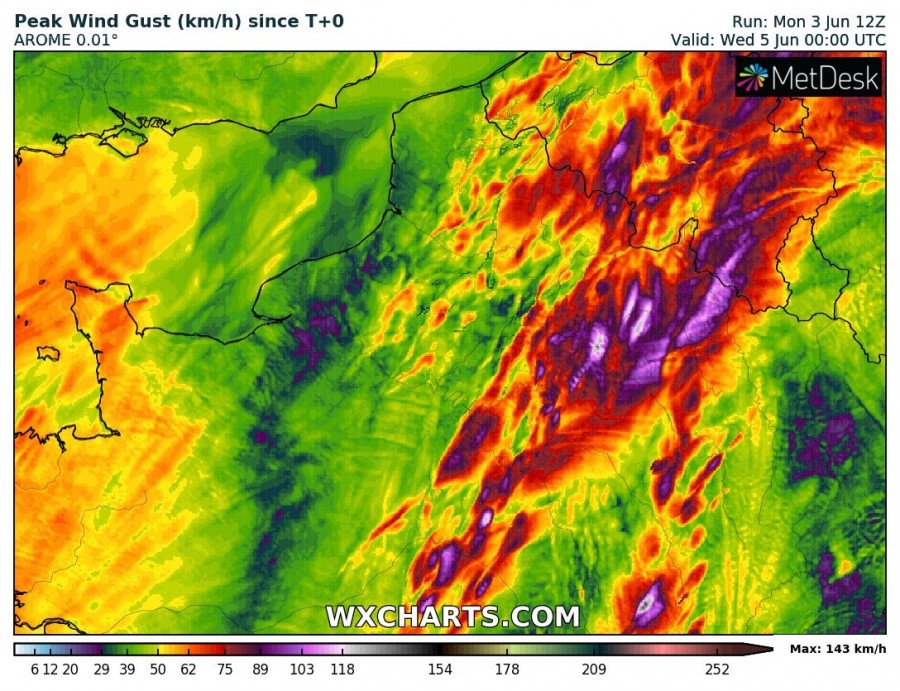 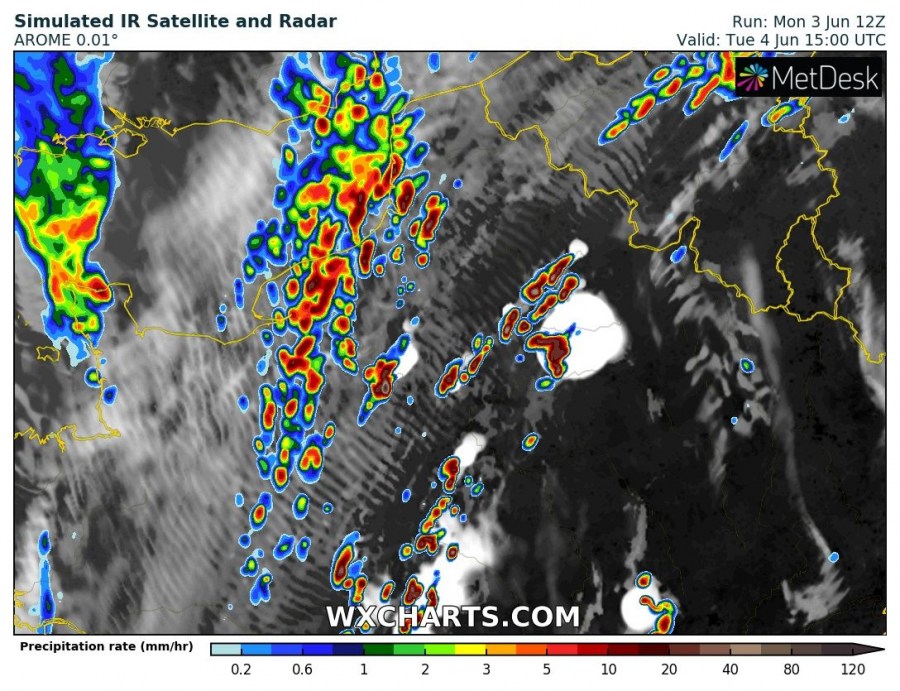 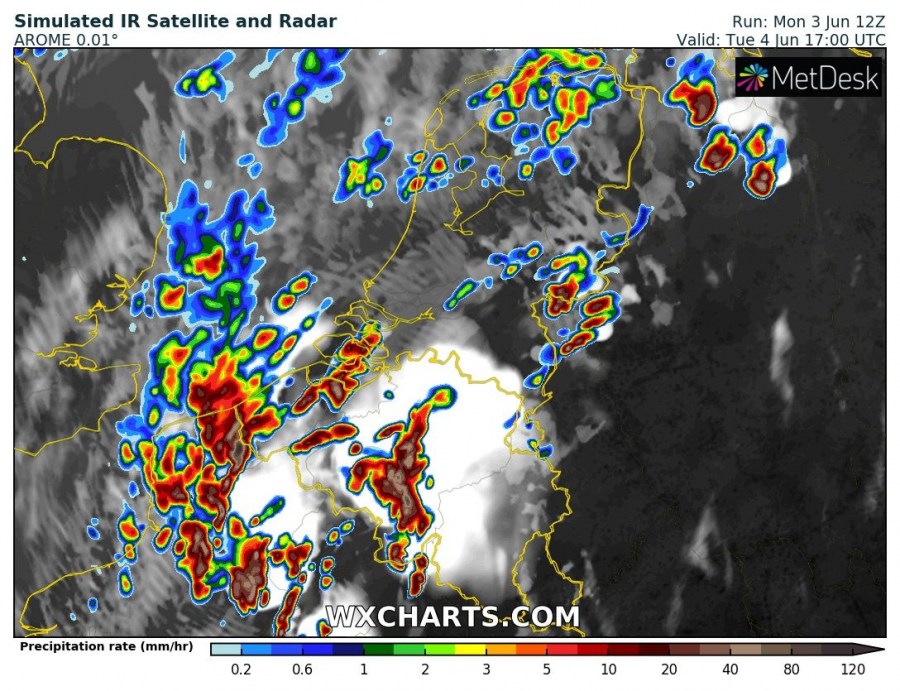 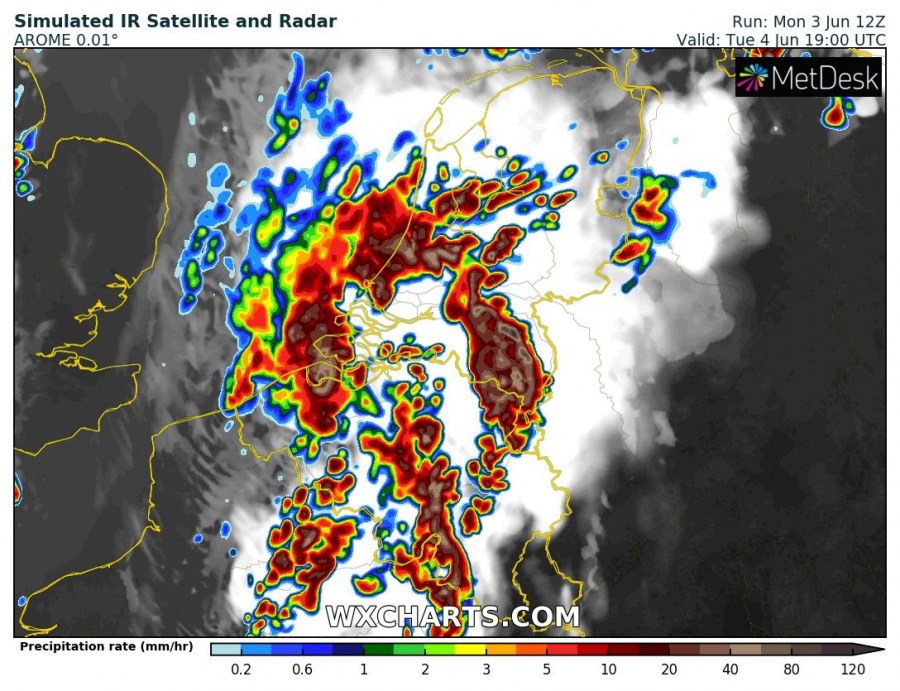 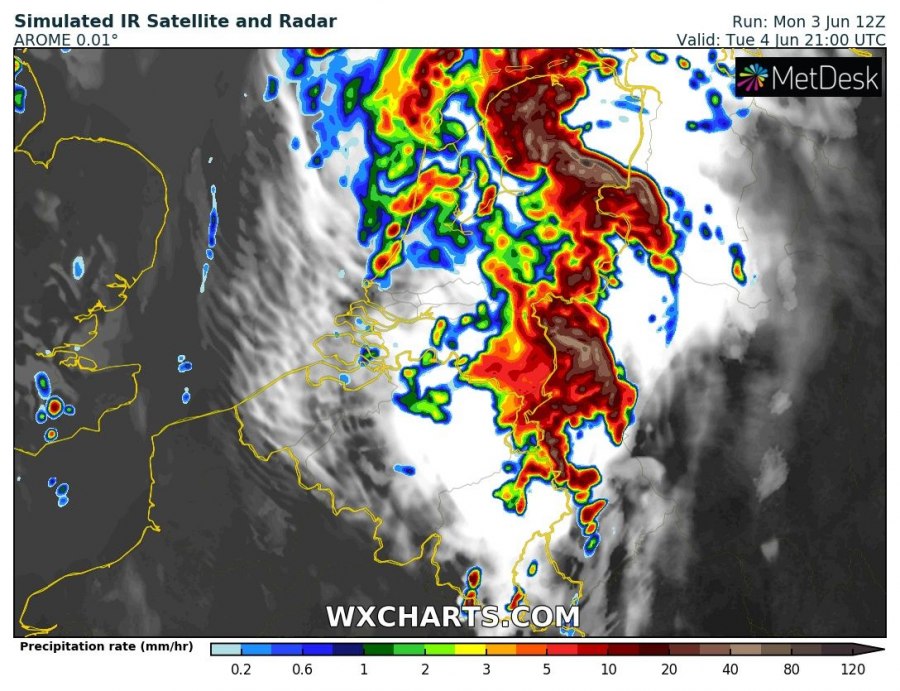 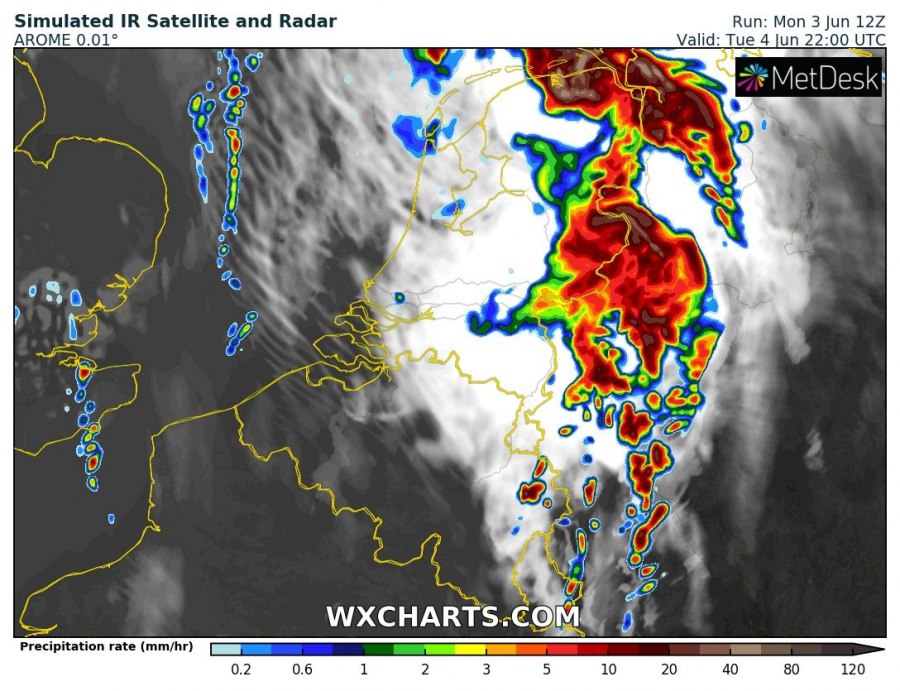 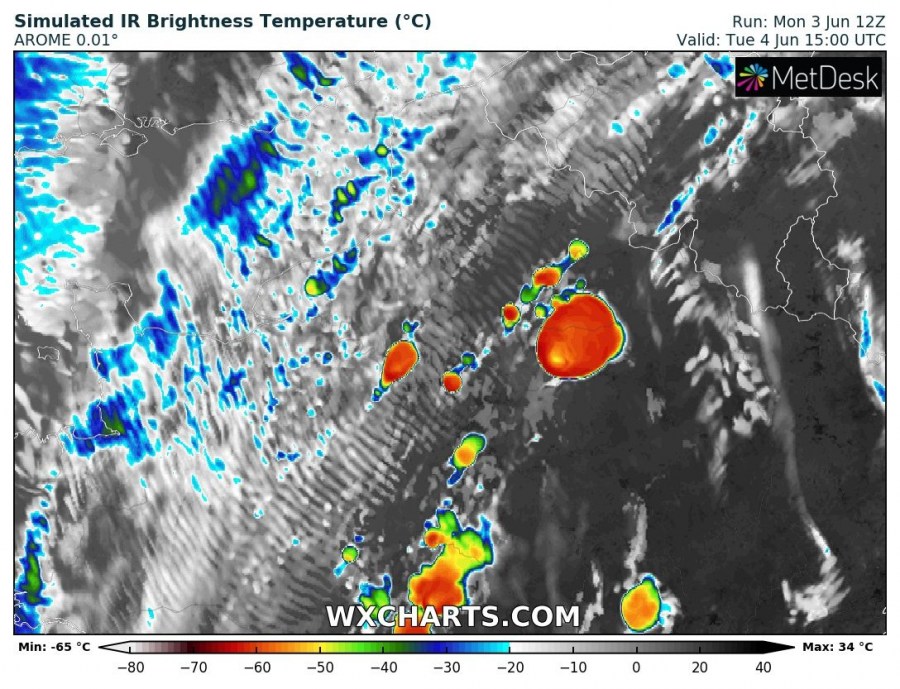 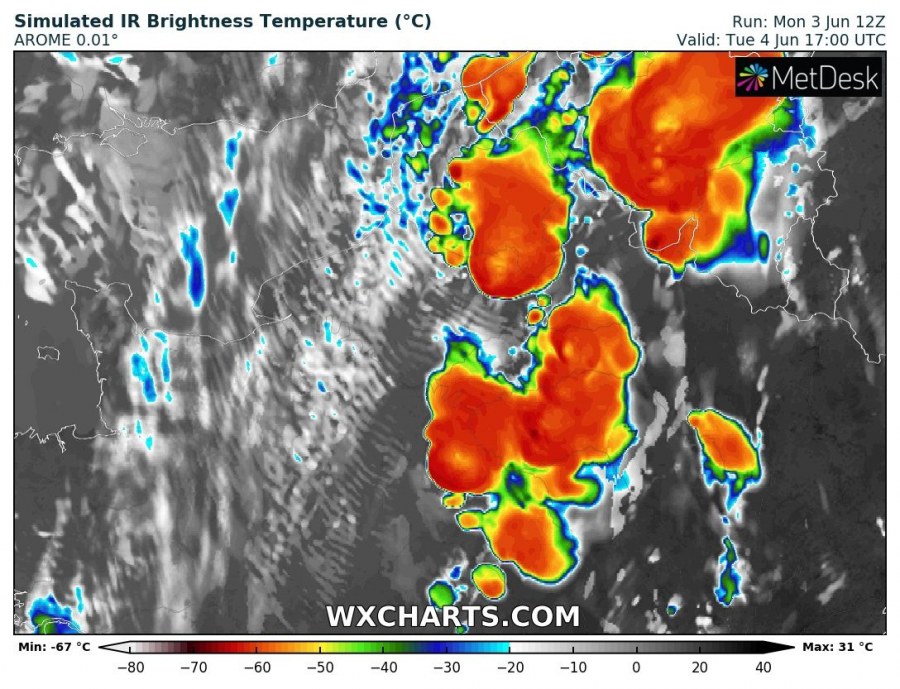 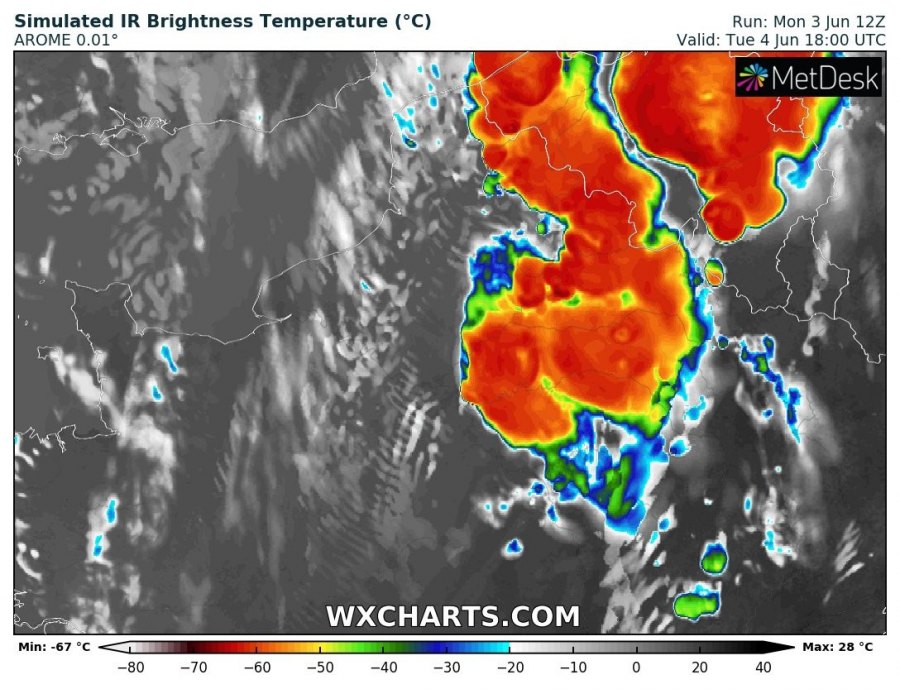 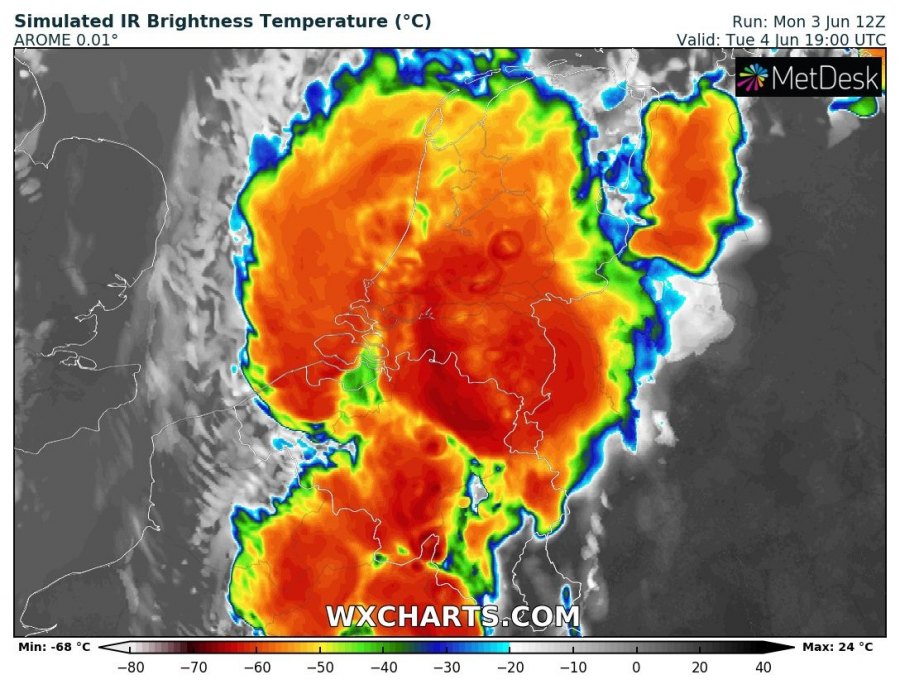 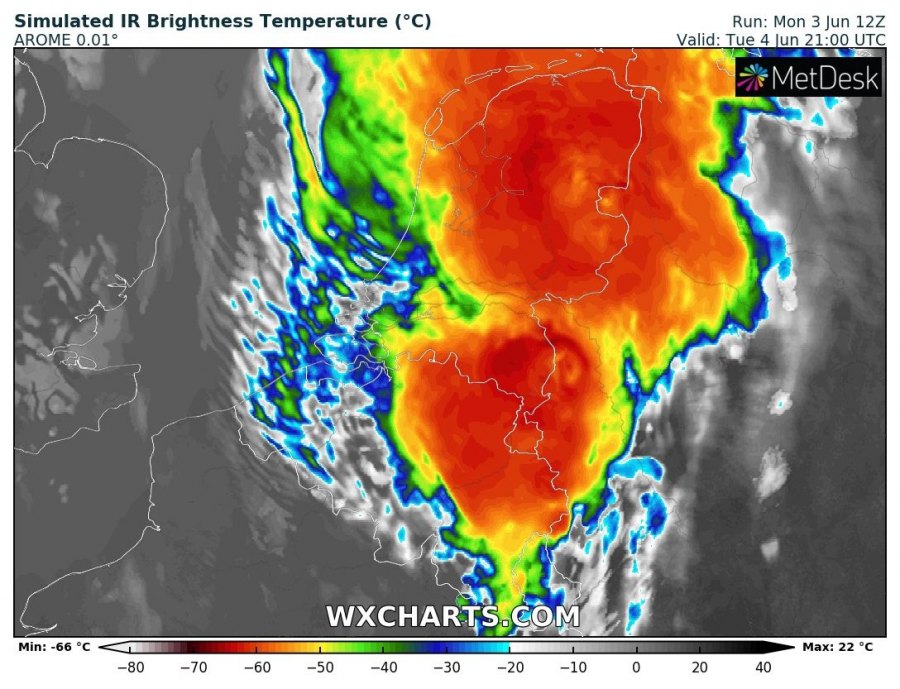