A pattern change with an Arctic outbreak into the east-central Europe is about to start tonight and spread towards the Balkan peninsula and Mediterranean tomorrow. Very cold airmass will bring severe downslope Bora winds along the eastern Adriatic coast while a lot of snow is expected across the WSW and S Balkan peninsula, as far south as parts of Greece. Snow will also result from the sea-effect convective clouds when cold Bora winds will push across the warmer Adriatic sea into south-central Italy.

Here is the day-to-day overview of the cold outbreak evolution from Jan 3rd to 5th when it is the strongest over the region of interest. On Thursday, Jan 3rd, very cold airmass advects across the Balkan peninsula into the Adriatic region and south-central Italy. A day later, the cold advection intensifies and affects almost the same region again with even colder temperature, ranging 10-12 °C below average! On Saturday, the coldest airmass spreads further south into the southern Balkan peninsula and as far south as the southern Mediterranean, reaching Libya and Tunisia as well. This will bring snow also to lower elevations in the region, especially Greece! 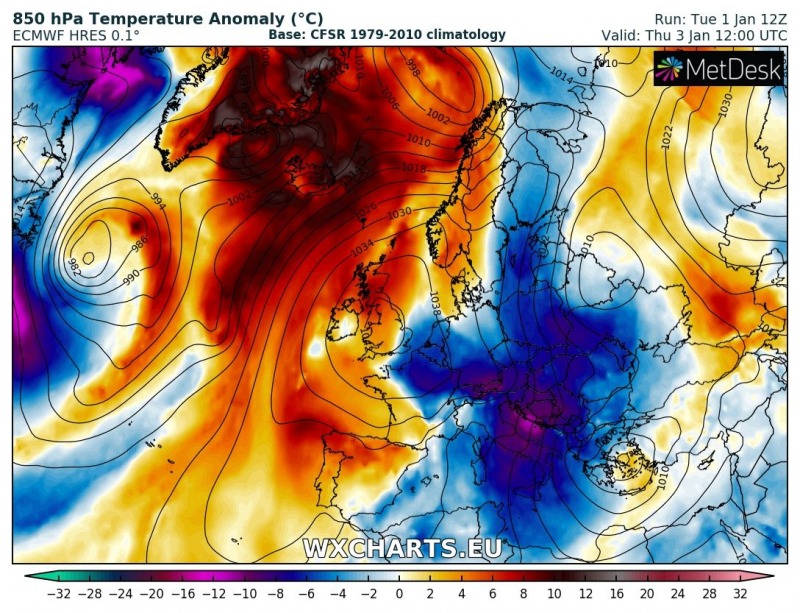 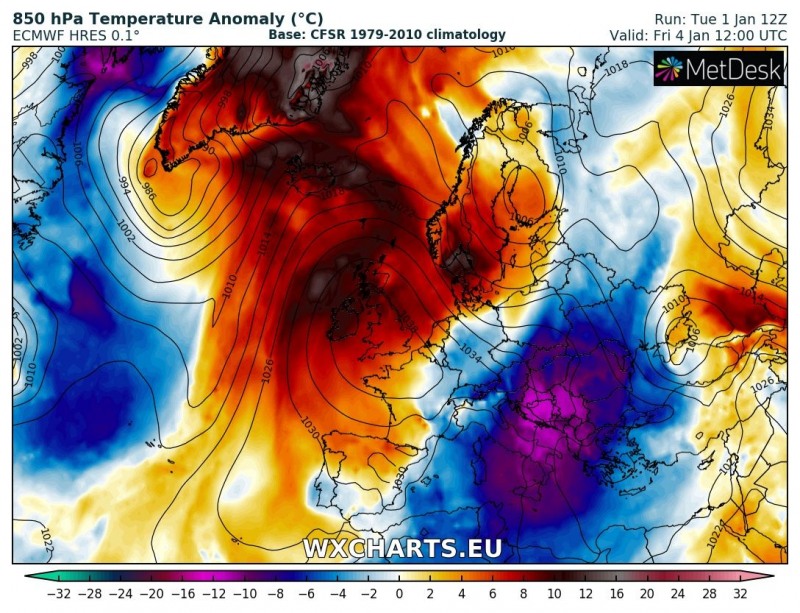 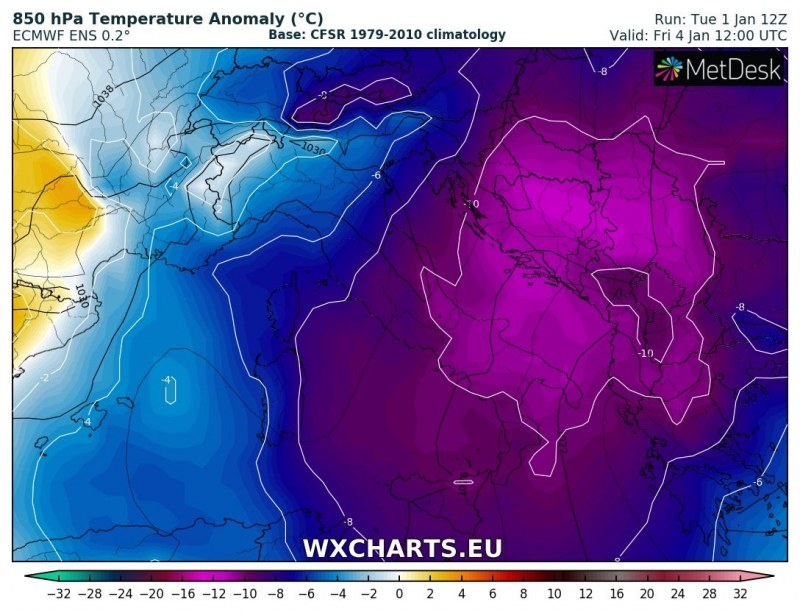 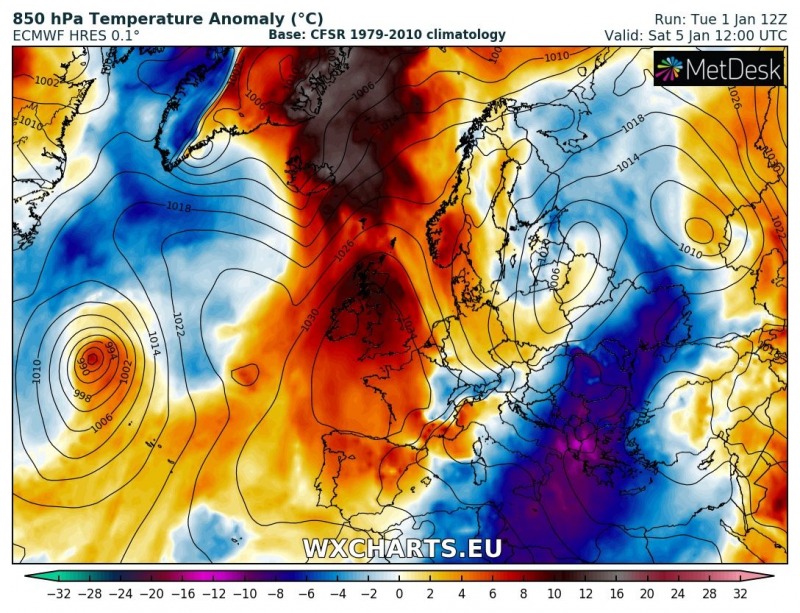 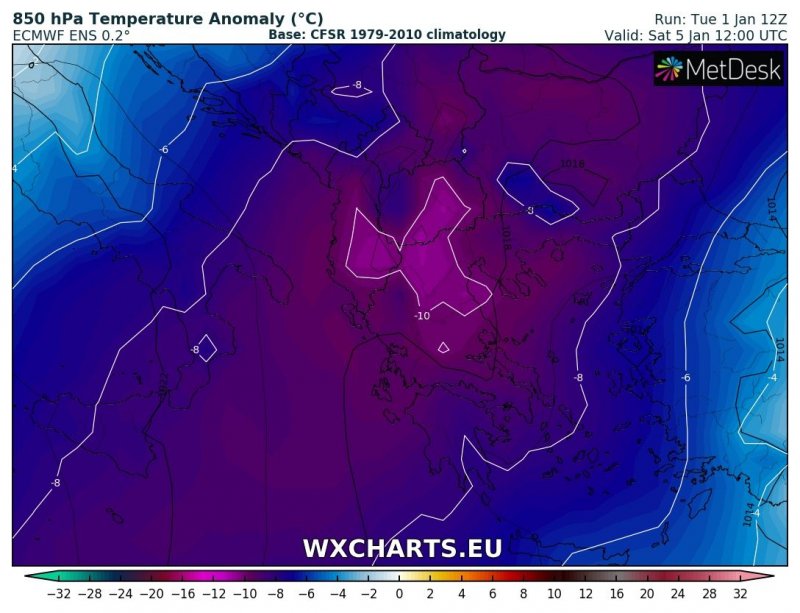 Snow depth forecast per GFS, ARPEGE and ICON-EU models across the WSW Balkan peninsula and south-central Italy until Saturday midday – a lot of snow in Greece based on ARPEGE model! 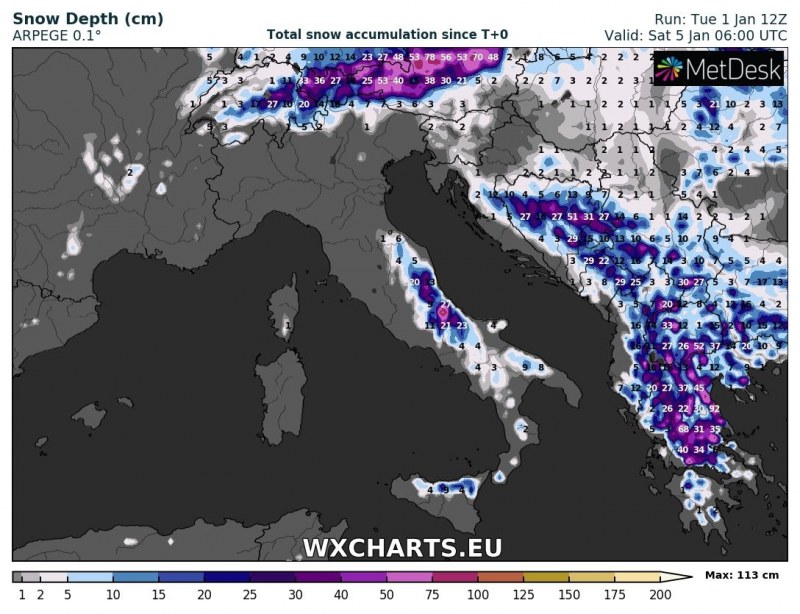 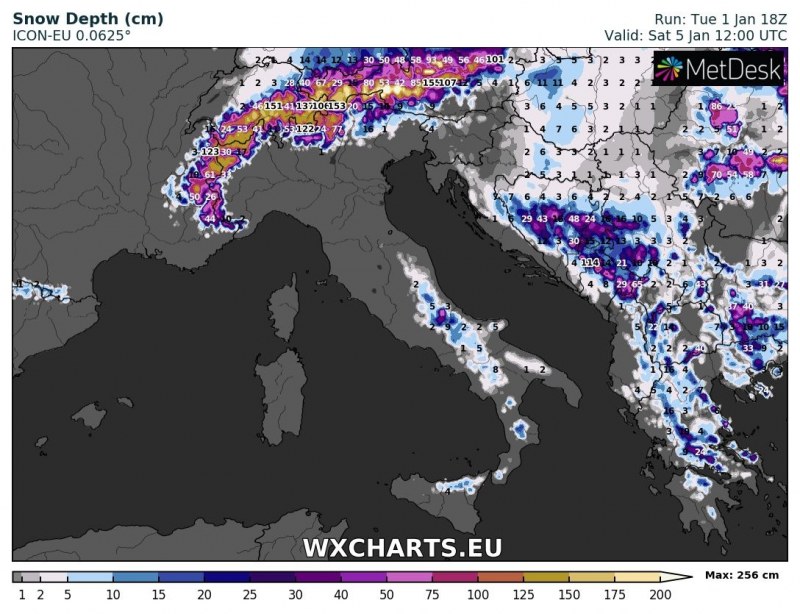 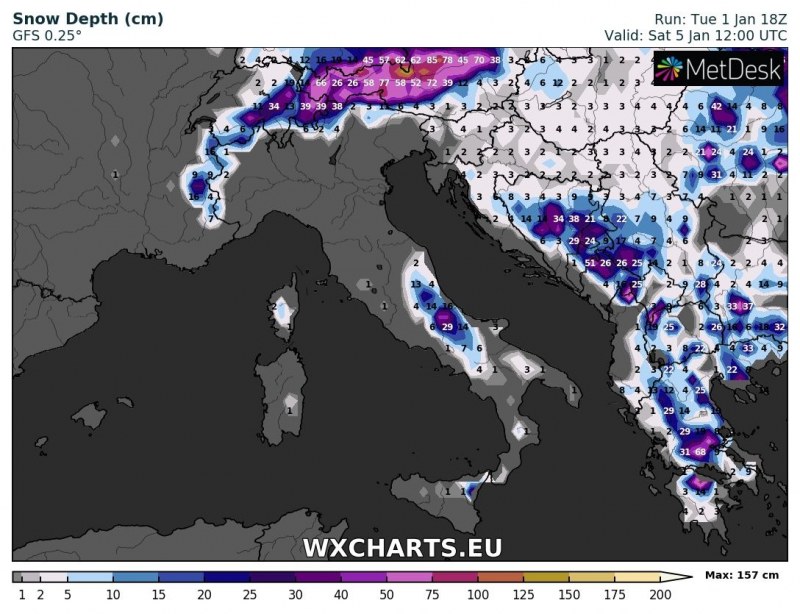 See also – a lot of snow is expected across the Alps as well, resulting from a persistent stau-effect snowfall: