Severe thunderstorms and torrential rainfall is expected in parts of NW Italy today, particularly in the coastal area of Liguria and to a lesser extent Tuscany. 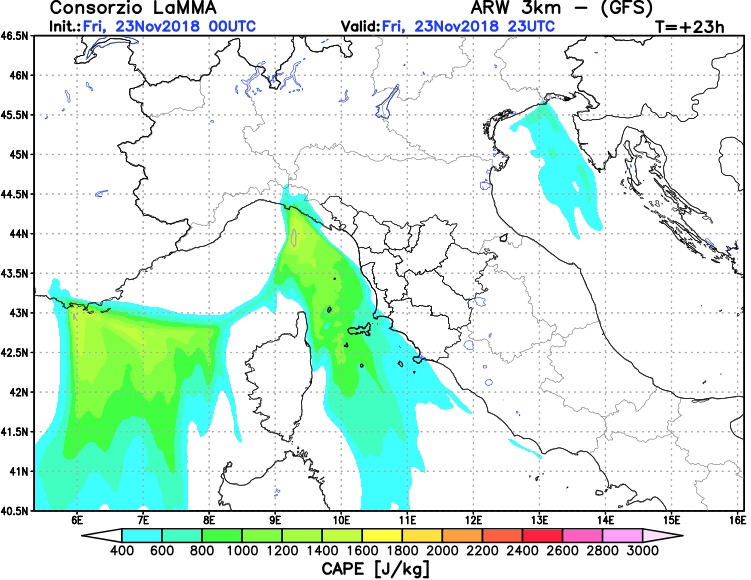 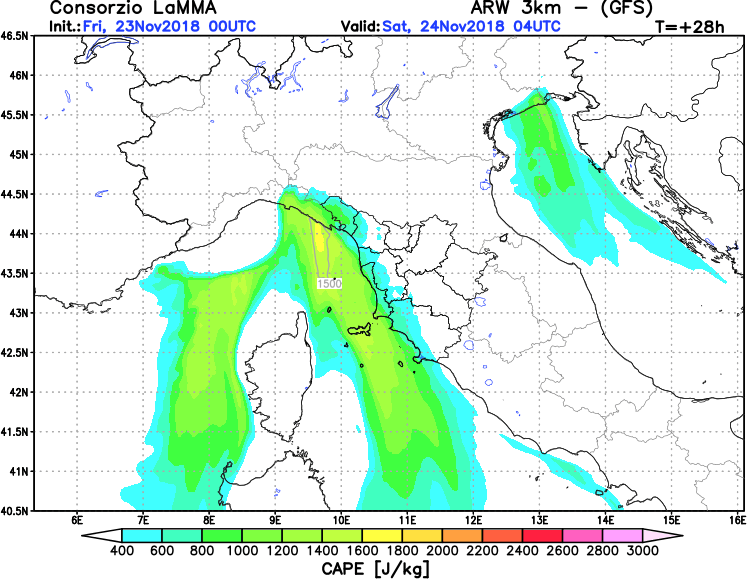 Instability across the region during the night Friday/Saturday. Note the ‘tongue’ of CAPE extending into the coast of Liguria and later CAPE covering most of the coastal area, including Tuscany. Maps: Consorzio LaMMA.

Moderate instability builds up in the warm sector, with up to 1000-1500 J/kg MLCAPE pushing along the nose of the jet into the coastal area. Moderately strong 30-40 kt mid level (500 mbar level) southwesterly flow overspreads the region. The environment will be strongly sheared, with 30-50 kt deep-layer (0-6 km) shear and strongly veering vertical wind profiles. Expect rotating updrafts / supercells in the nearly stationary line of training storms. 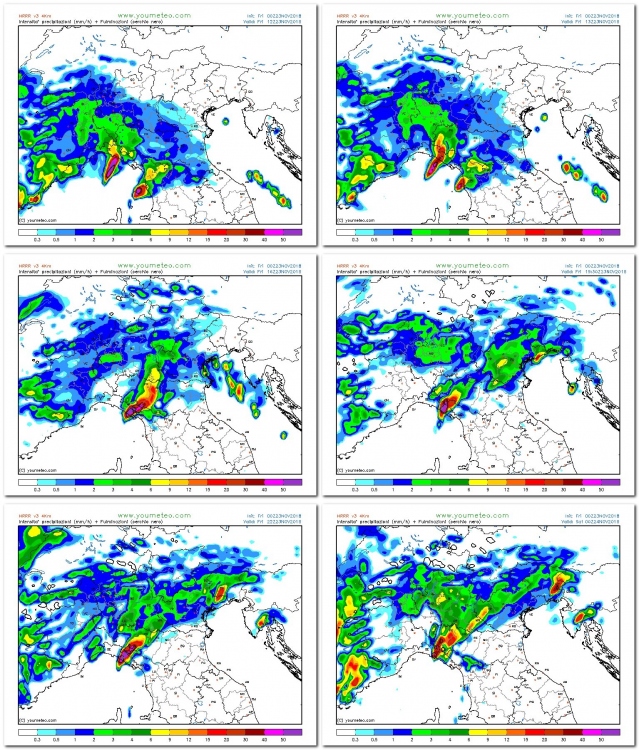 Perstistent, torrential rainfall from the nearly stationary line of training storms will produce very high rainfall totals over the next 24-36 hours. Totals in 100-150 mm range are expected. Local flooding is likely. 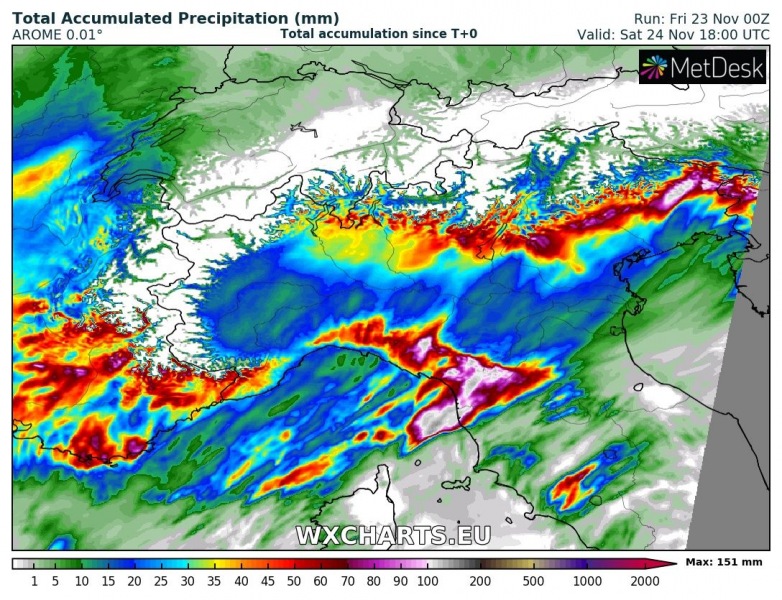 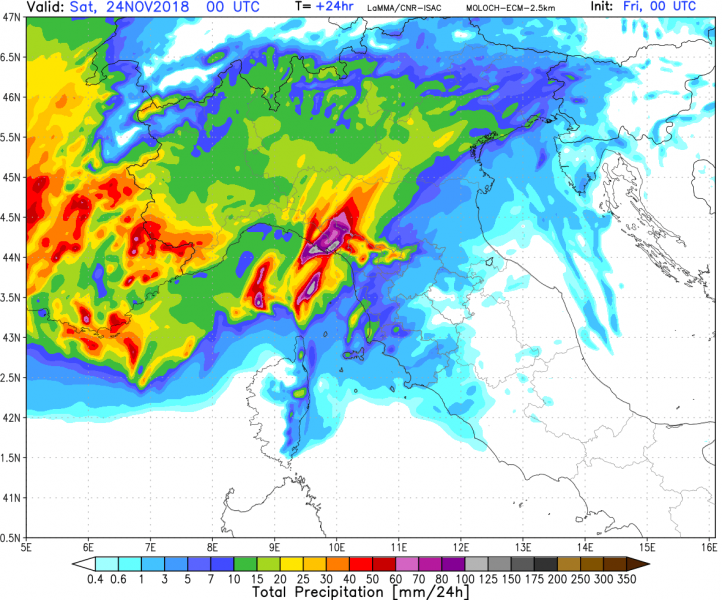 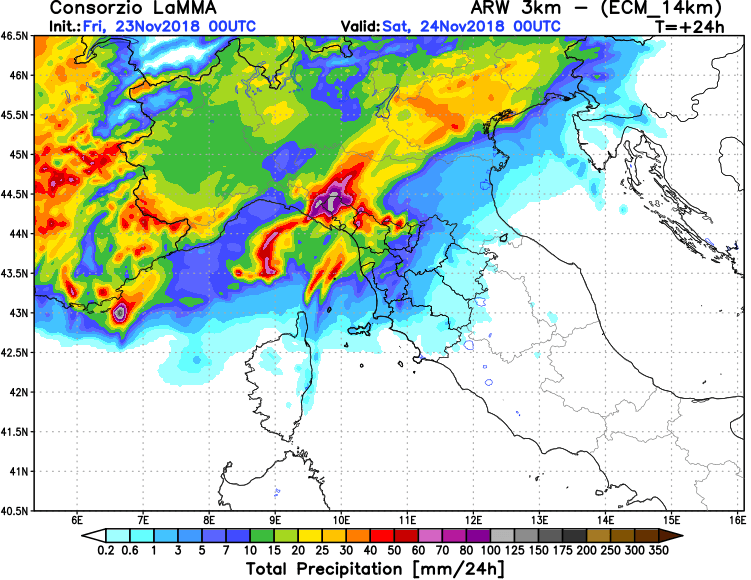 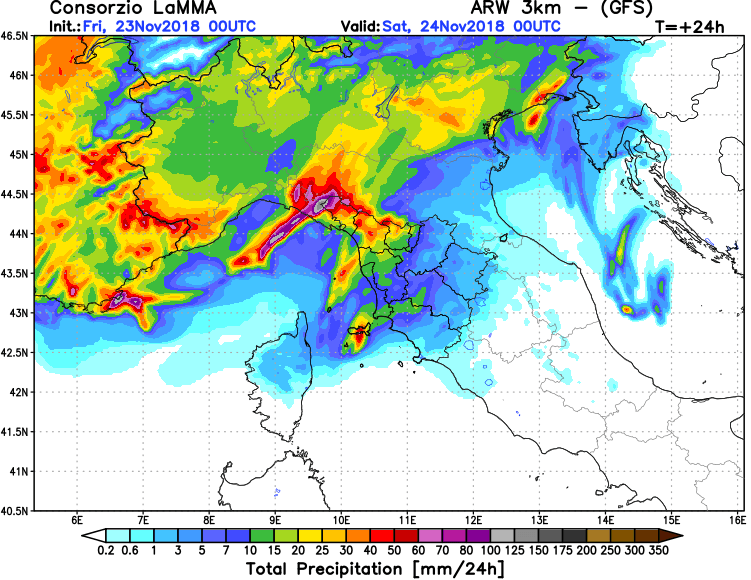 Strong low-level instability, with up to 400 J/kg 0-3 km CAPE (!!) combines with up to 20 m/s 0-1 km shear for a strongly enhanced tornado threat. Expect any storm along the convergence zone to potentially become tornadic. Conditions will be favourable along the coast of eastern Liguria and even more so along the coast of Tuscany, however, storm coverage there is questionable. 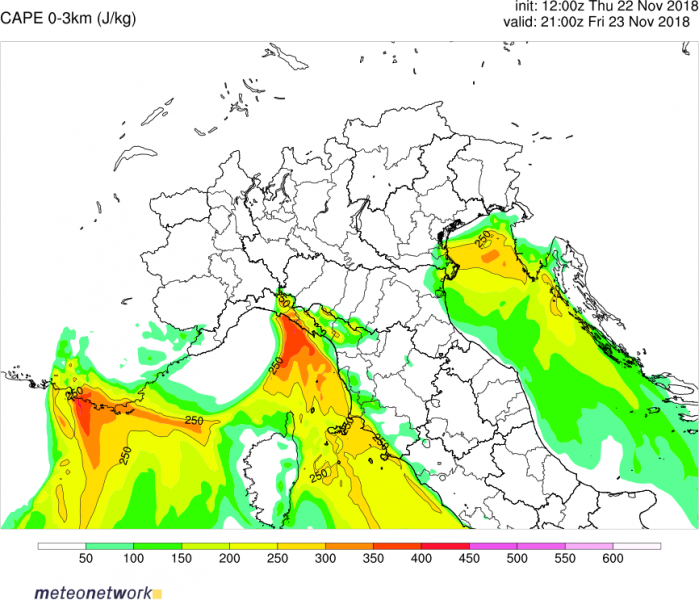 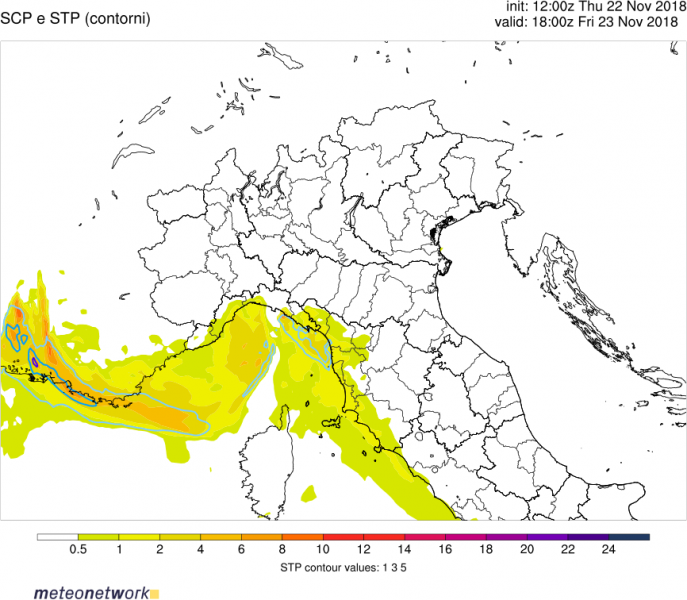