Most of the models have intensified the severity of the heat wave developing next week, trending into the potential for low 40s peak afternoon temperatures across parts of France. Stronger heat with 30-33 °C seems also increasingly likely across England from Tuesday to Thursday.

The 500 mbar chart indicates a classic omega blocking ridge pattern developing, centered over western Europe. Two upper-level troughs / lows are located along its western and eastern flanks, one over the Black sea region and a deeper one over N Atlantic, resulting in a strong Spanish plume pattern with strong warm airmass advection across Iberia into France, Benelux and UK. 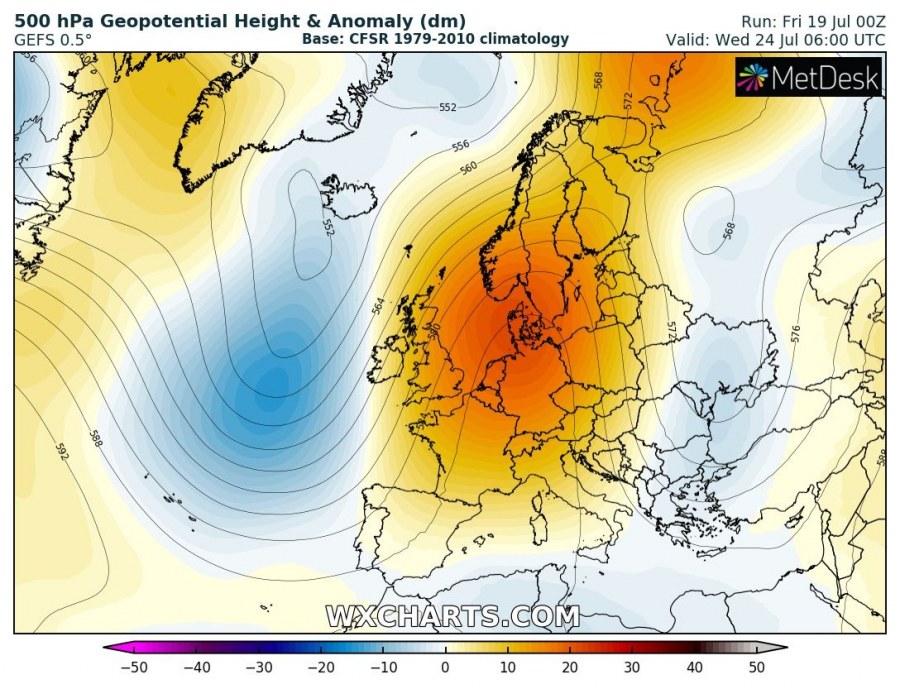 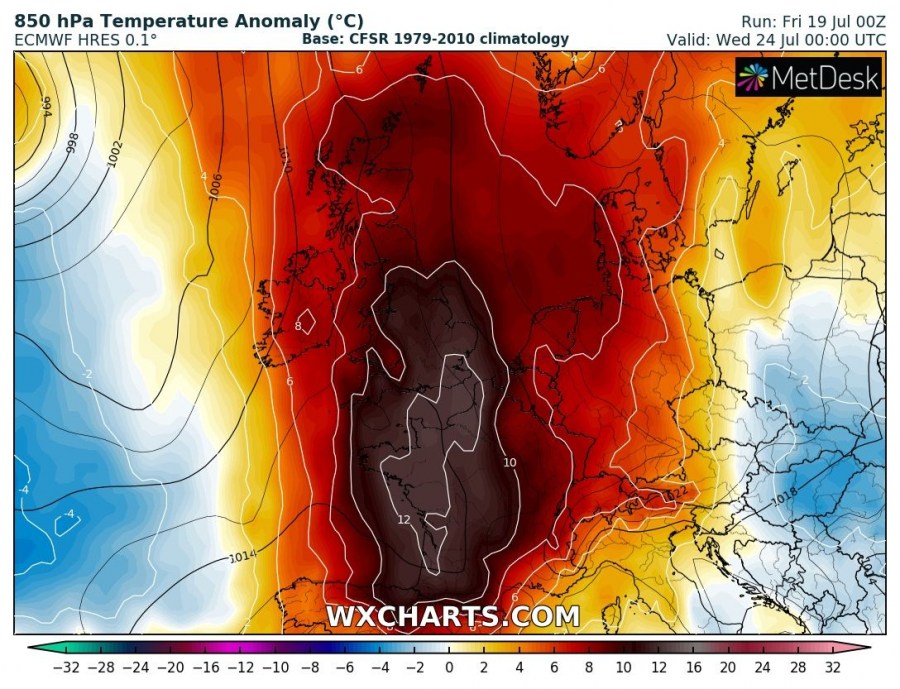 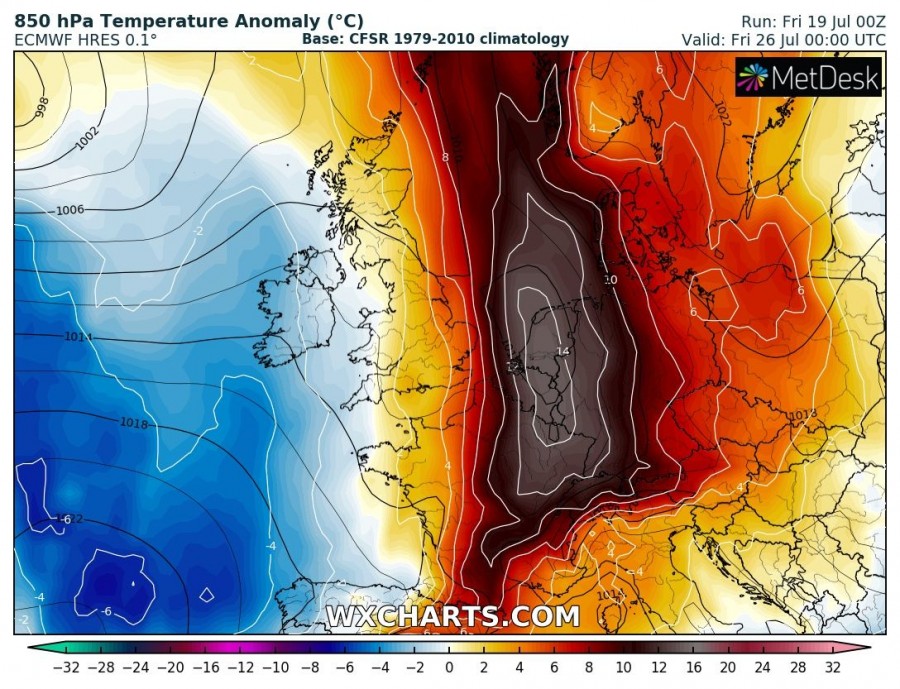 Here is the peak afternoon temperatures across France and N Spain from Monday (July 22nd) until Thursday (July 25th). The heat wave intensifies across Spain and SW France by Monday, reaching upper 30s in some areas. By Tuesday, a strengthening ridge pushes much higher temperatures over France, peaking into 38-42 °C across west-central and southern France! Heat wave also starts over England and Benelux, pushing max temperatures into low 30s. By Wednesday and Thursday, mid/upper 30s spread over Benelux and W Germany while peak temperatures near 40 °C are maintained over SSW and central France.

The highest temperatures are again expected where the driest airmass will be placed / resulting, likely from the downslope Föehn winds from the Massif Central and the Auvergne mountains.

Again, high-resolution models like ICON-EU are the most aggressive, peaking Tuesday’s afternoon temperature into 42-43 °C across SW France (lowlands). 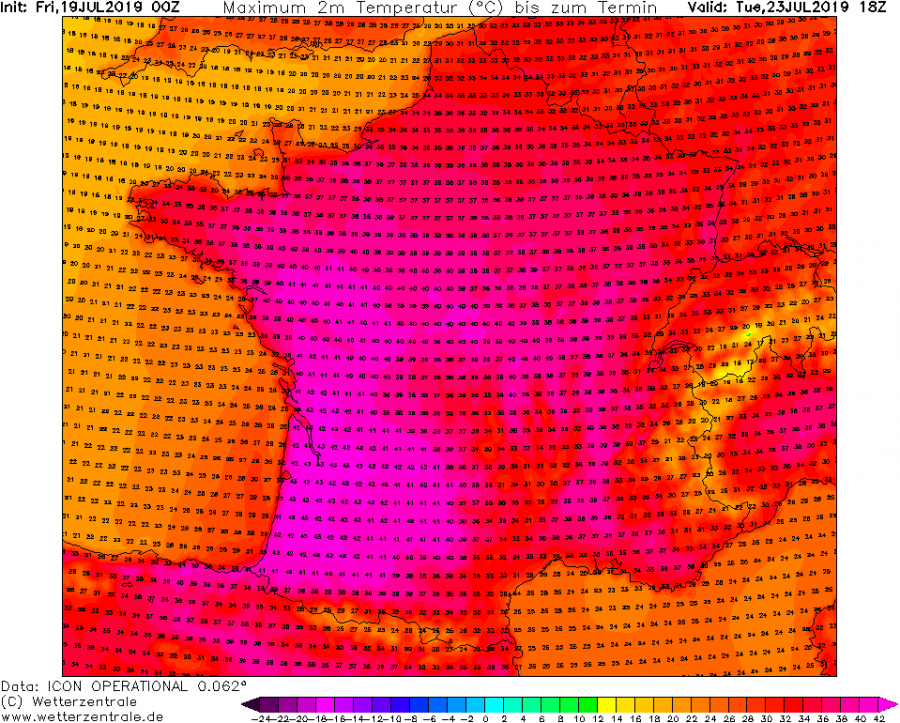 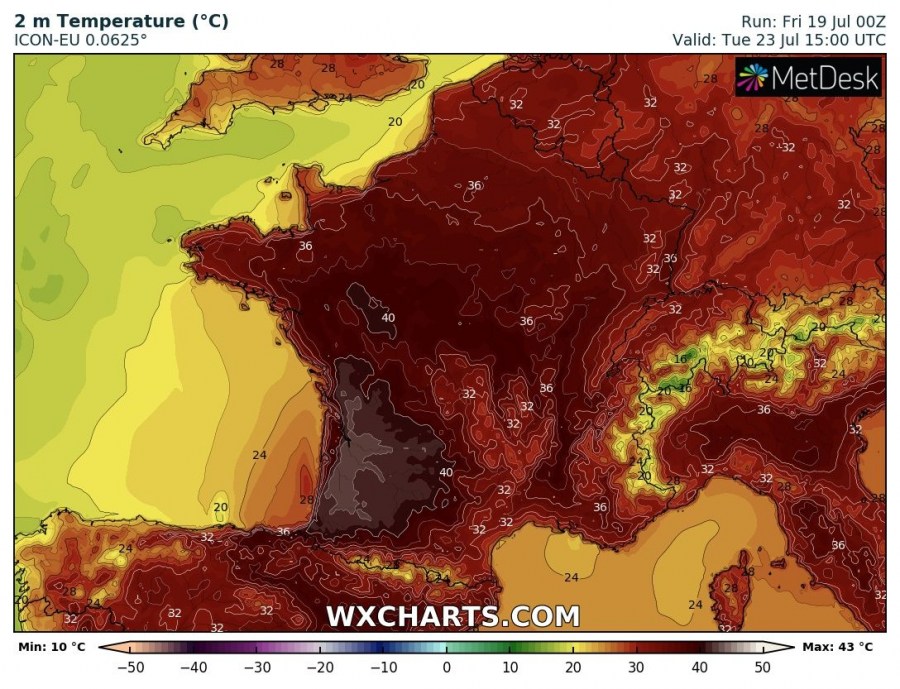 Latest ensemble forecast for Paris (France) and London (England) confirms a much higher temperature anomaly than previously simulated across the western Europe, likely 19-22 °C at 850 mb level which corresponds to near 40s peak afternoon values over French lowlands locally. 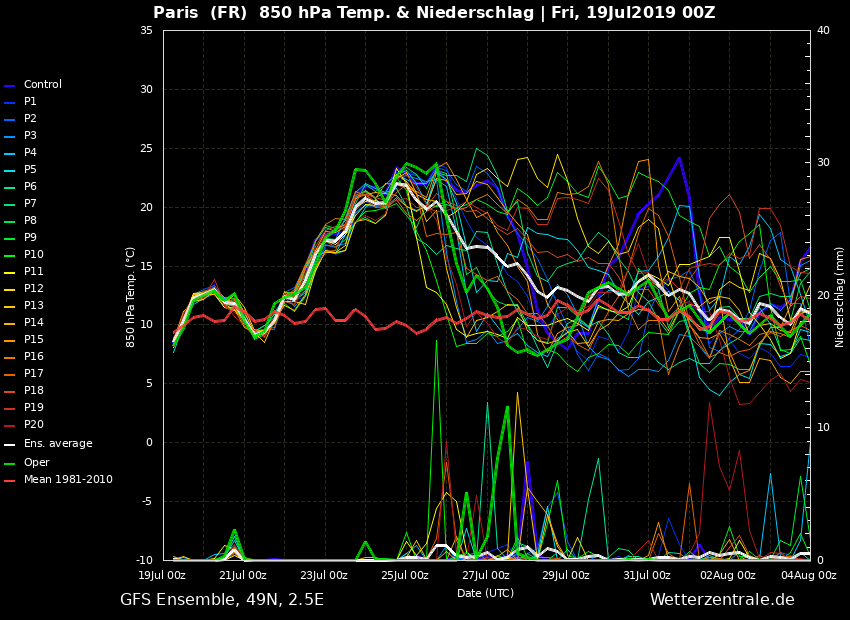 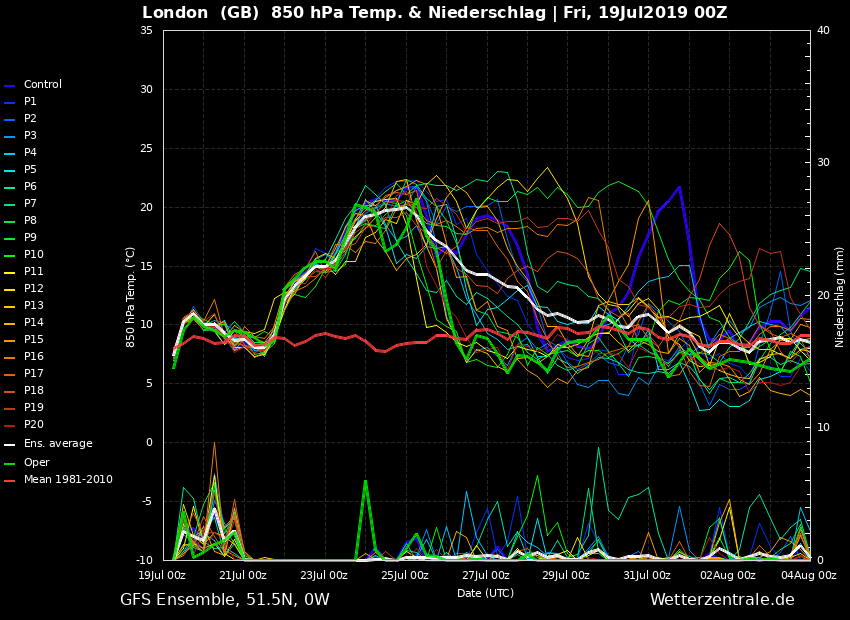 The weekly pattern over Europe – rather cold for mid-July

The Arctic Ocean is dominated by a strong high-pressure system, rapidly melting the sea ice and impacting the Transpolar Drift System