Here we go, yet another powerful cold outbreak is expected this weekend as a deep trough coming in from the Northern Europe deepens and digs far south towards the Mediterranean. This is the same trough which will cause the damaging windstorm over Scotland on Thursday, developing an open channel for significant cold advection behind the main frontal system, stretching from the Arctic towards central Europe into N Balkan peninsula and northern Mediterranean. The main upper trough will have several deep waves embedded, rotating around the main core of the trough. 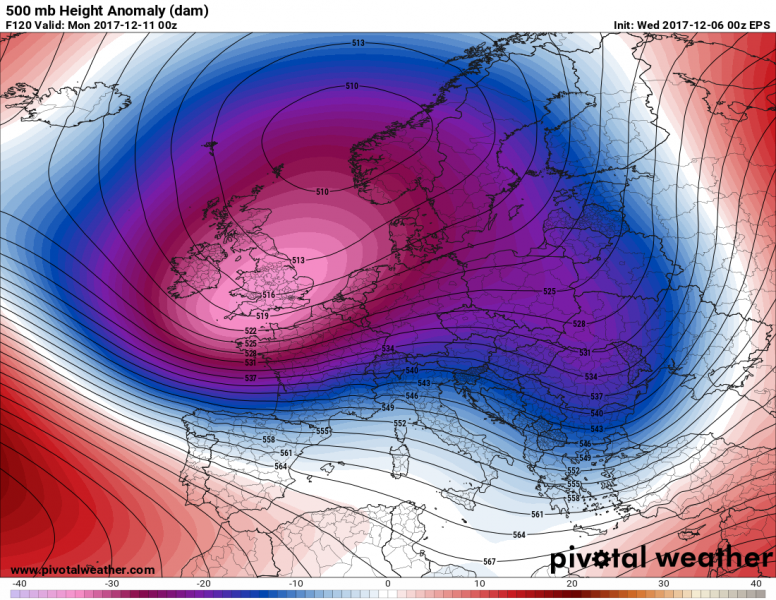 Once the cold front has passed on Saturday, very cold airmass will spread behind it and several days of much colder weather than average are increasingly likely over west-central Europe and N-CNTRL Mediterranean. At coldest, average daily temperatures will in some areas be 10 °C colder than average.Also, quite a significant amount of snow will be likely in some areas – more on this tomorrow. 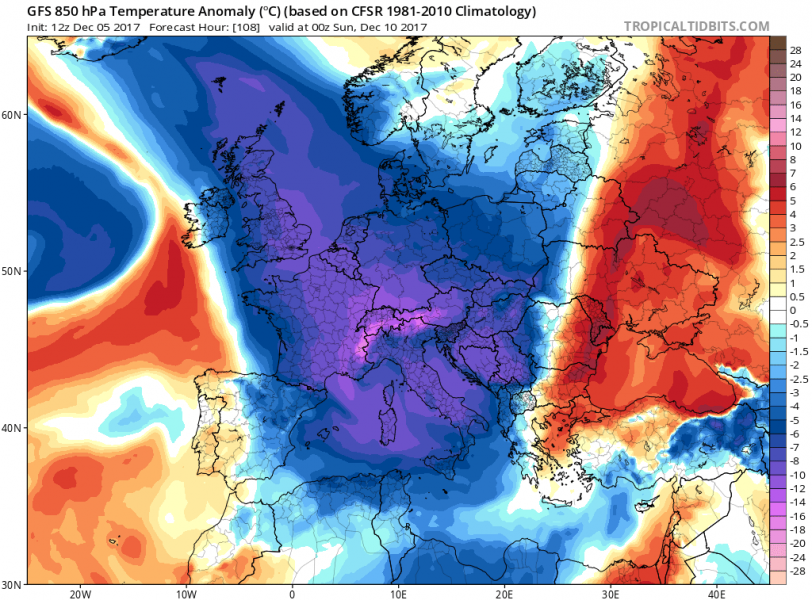 Stay tuned for further updates on the progression of this significant through soon!