A rather short, but intense wave of extremely hot airmass has spread across the southeastern parts of Western Australia. A trough with low pressure system is located to the west/southwest, producing a tightening pressure gradient and therefore increasing winds and resulting in extreme fire danger.

The pattern currently evolving is characterized by a ridge across the south/southwest parts of the continent with a trough approaching from the southwest. Very high temperatures are spread across the region, locally over 15 °C warmer than average. Both global models GFS and ECMWF are in good agreement on potentially near-record values today. 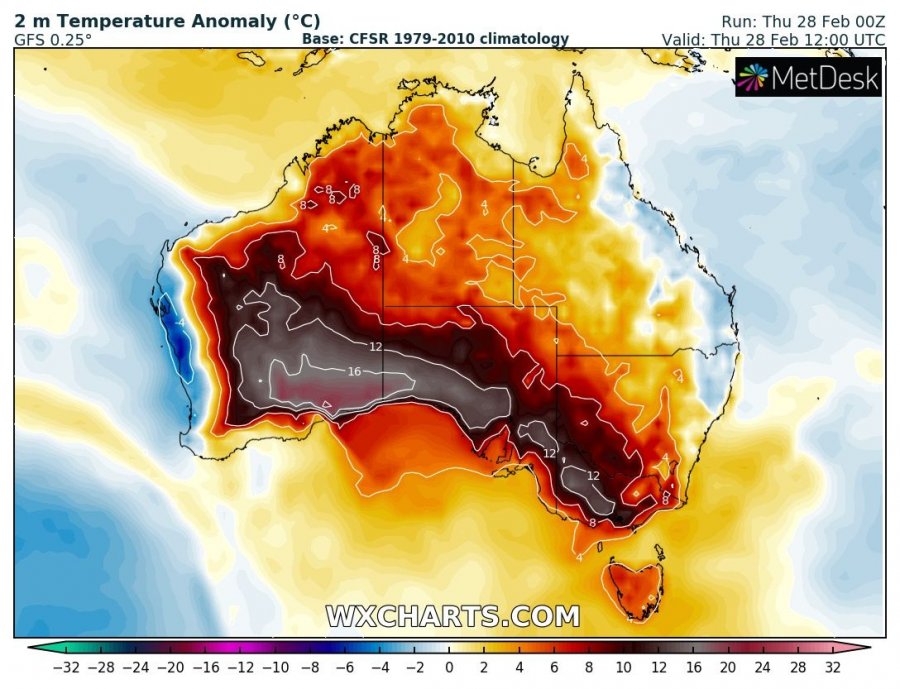 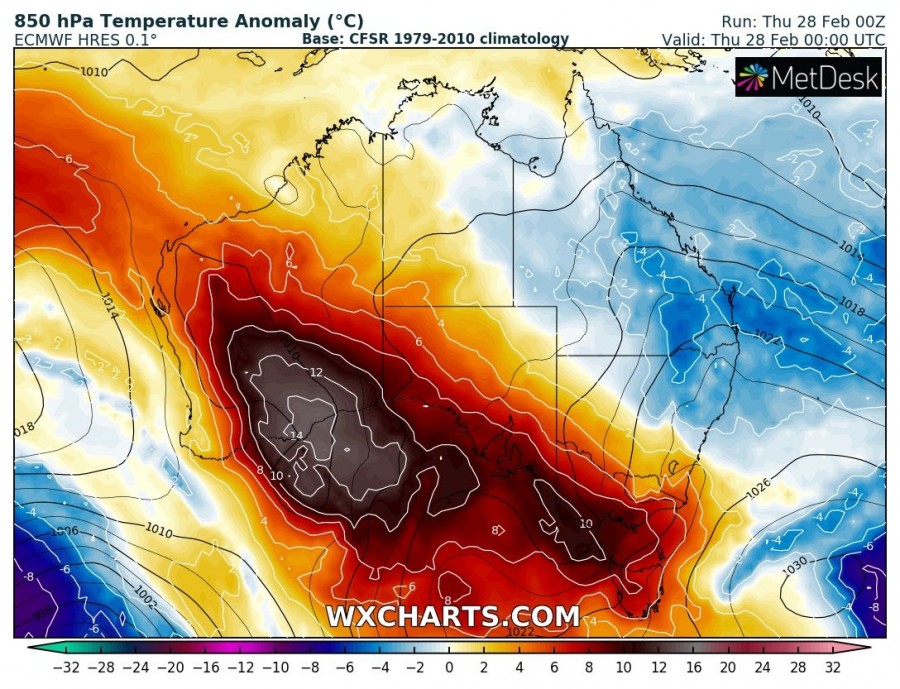 The expected heat wave will peak today and temperatures could reach around +45 °C. The airport in Kalgoorlie hit +44.4 °C yesterday and similar or even higher values are possible today before the pattern changes. The previous record for the site was +44.9 °C, reached in 2013 and 2007. 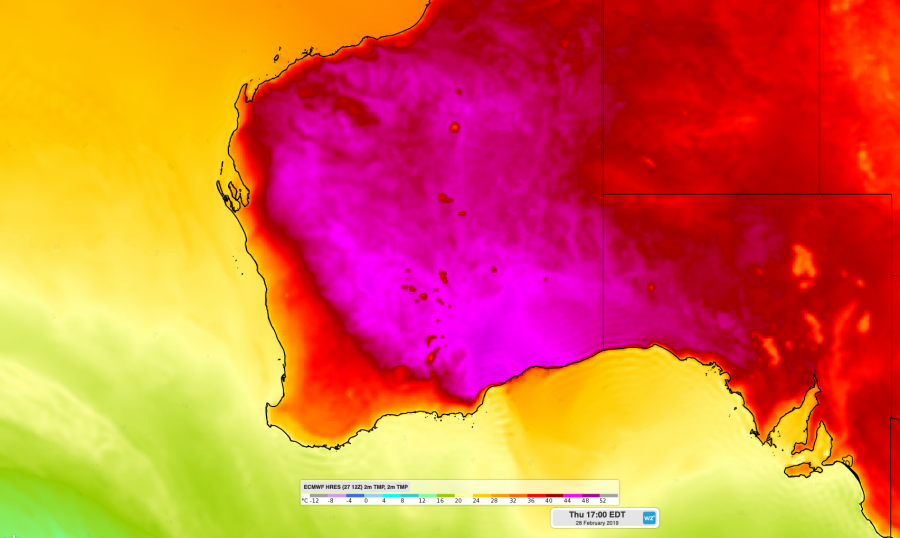 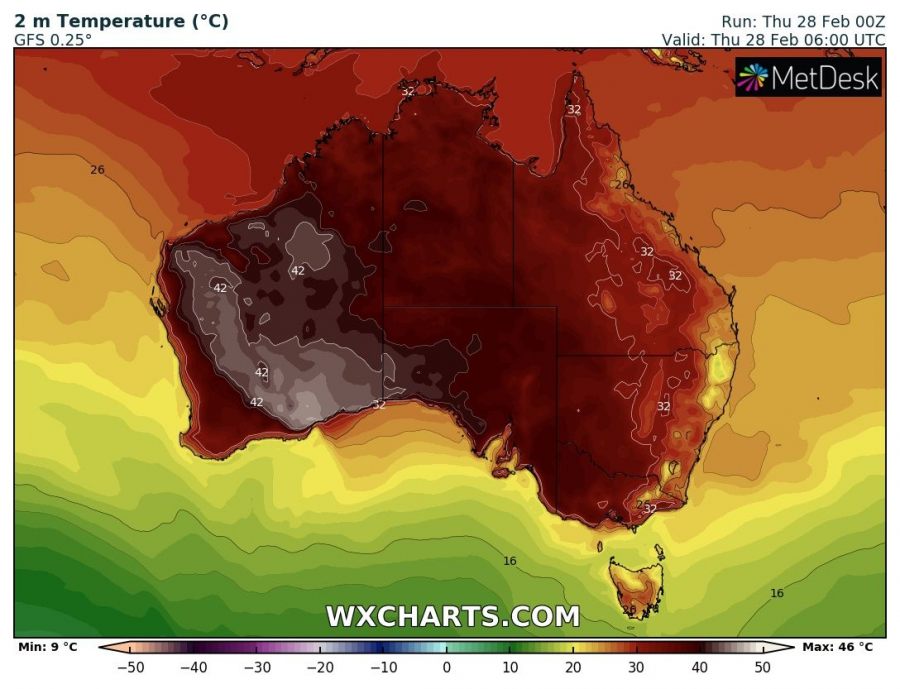 If this verifies, it would be the hottest February day on record at the Kalgoorlie airport in the last 80 years! This extremely hot, dry and windy weather is expected to enhance threat for dangerous fires in these parts of Western Australia today.