A major rainfall event is becoming increasingly likely for parts of the western Balkans early next week. Rainfall totals suggest flooding is likely, and it may be quite significant in some places. We take a closer look.

A long wave trough pushes across western into central Europe and across the Alps this weekend. It forms a broad cutoff upper low, which will persist over the northern and central Mediterranean for much of next week. It will produce persistent combined convective and orographic rainfall across parts of the Apennine peninsula and in particular across the western Balkans. Rainfall will be most enhanced along the Apennine and Dinarides mountain ranges.

Models suggest up to 100 mm of rainfall over the next 5-6 days across much of the western Balkans and parts of the Apennines and the Alps. Larger amounts of rainfall are indicated over parts of Croatia and Bosnia and Herzegovina. High-resolution models are suggesting probably above 300 mm of rainfall by the middle of next week and probably significantly more by the end of the week. These high rainfall totals are expected to result in locally very significant flooding. 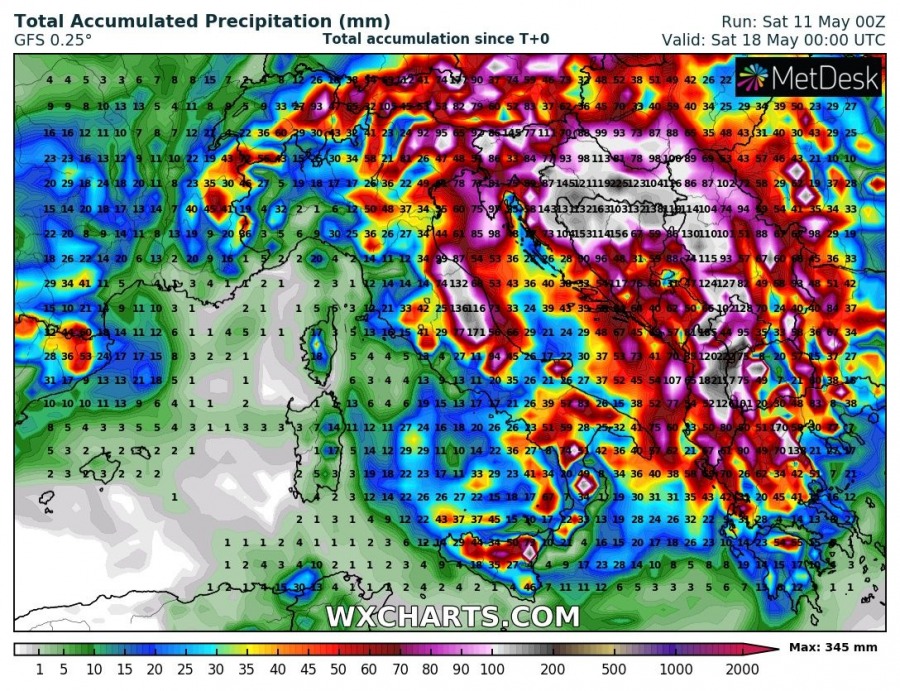 Rainfall totals until next Saturday and Wednesday by GFS and ICON-EU models, respectively. Maps: Wxcharts.com.