Major windstorm ‘Callum’ is expected to push into western Europe tomorrow as a very deep cyclone travels north just west of British Isles and Ireland. So-called bombogenesis cyclone takes place late this evening in the northern Atlantic. The cyclone will then go through rapid intensification with central pressure approaching 940 mbar, while the cyclone nears Ireland on Friday morning, Oct 12th. A severe windstorm is likely to develop with possible sting jet wind maxima. Wind gusts are expected to locally peak above 150 km/h.

This morning’s IR satellite imagery reveals ongoing cyclogenesis in the northern Atlantic along the baroclinic zone. The cyclone will go through rapid intensification overnight and central pressure is expected to deepen from the current 975 mbar into the 940 mbar range, 35 mbar change in 12-18 hours! Explosive development of this intense system is expected. 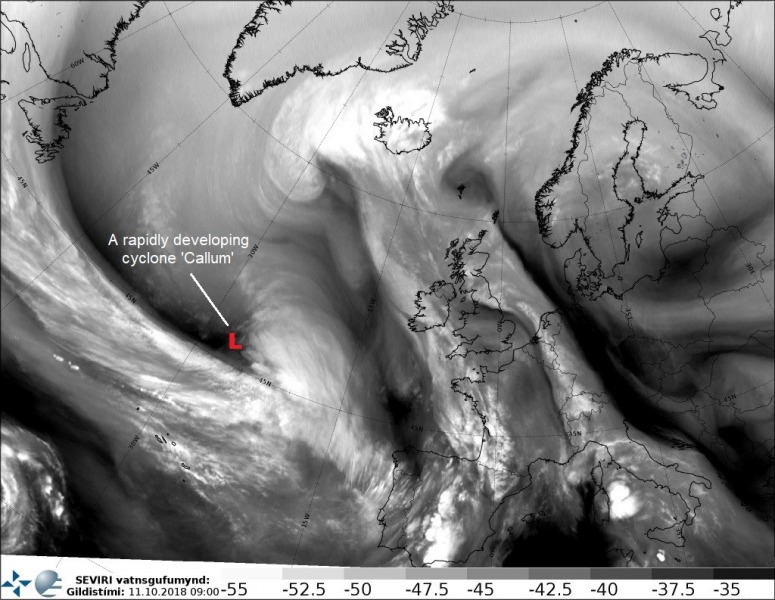 The general pattern across Europe shows a strong upper ridge across north and east Europe with a very deep trough over the northern Atlantic. A vorticity maximum nears Ireland tonight and results in the development of windstorm ‘Callum’. ECMWF model map indicates powerful winds with this cyclone and central pressure well below 945 mbar. 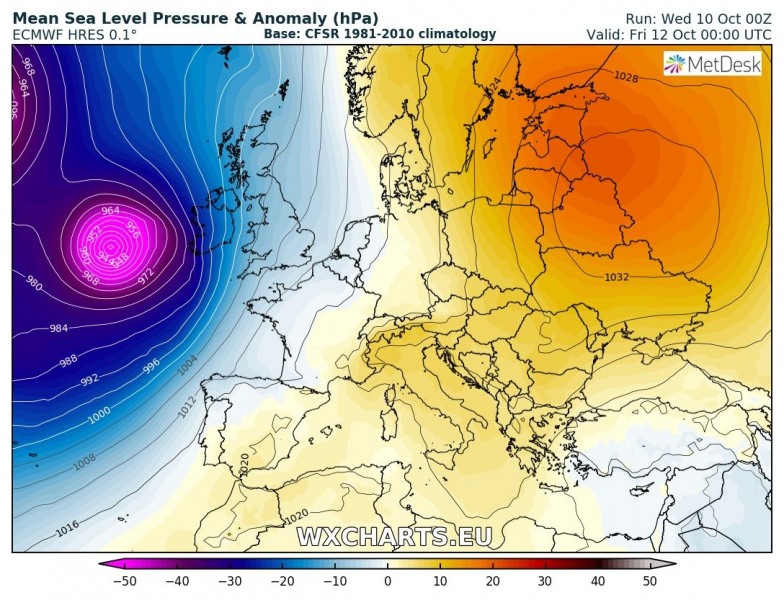 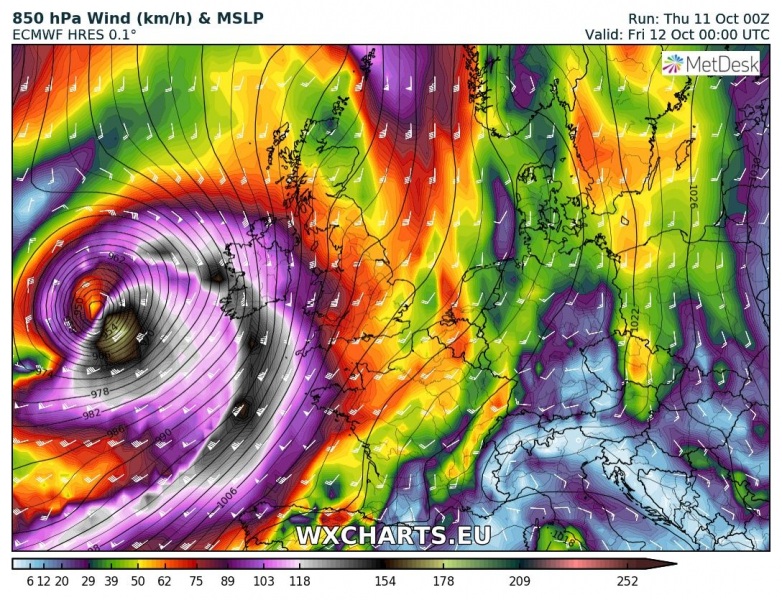 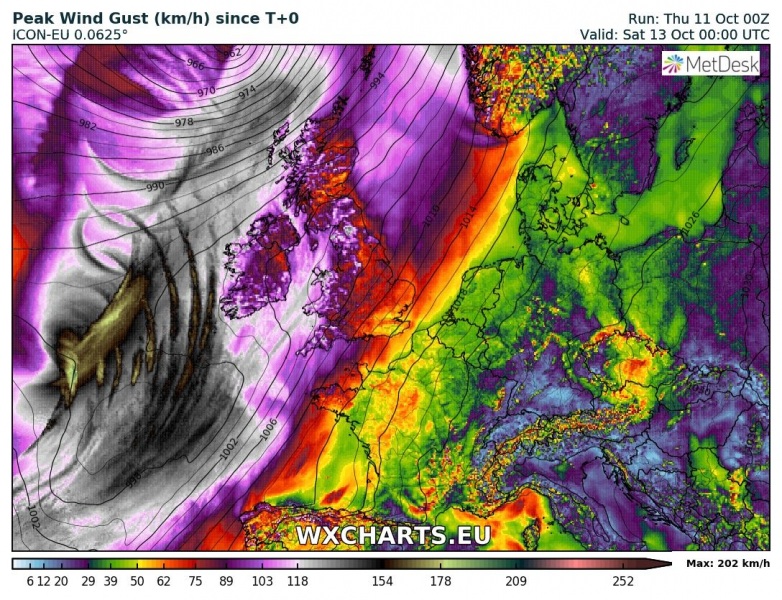 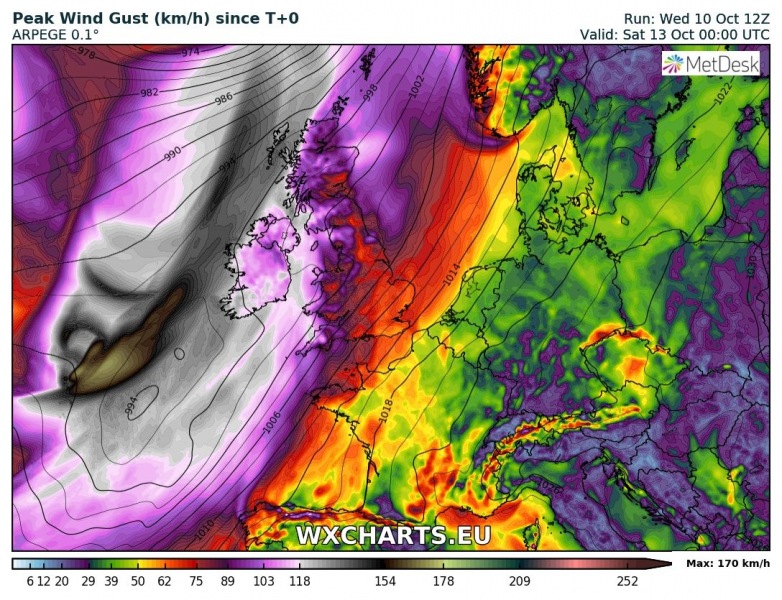 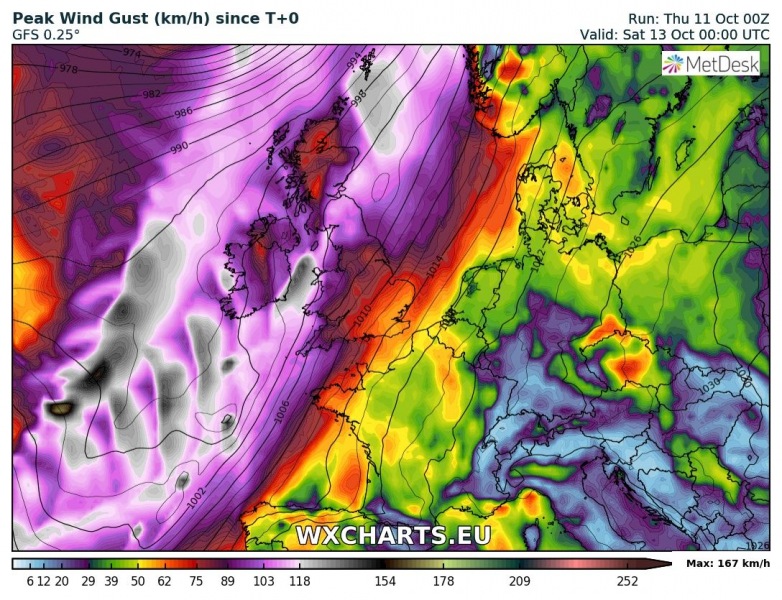 Here is a 6-hour sequence of the development of cyclone ‘Callum’ from tonight through Friday. Its centre travels to the west of Ireland and Scotland, but brings unsettled conditions quite far from the low centre. 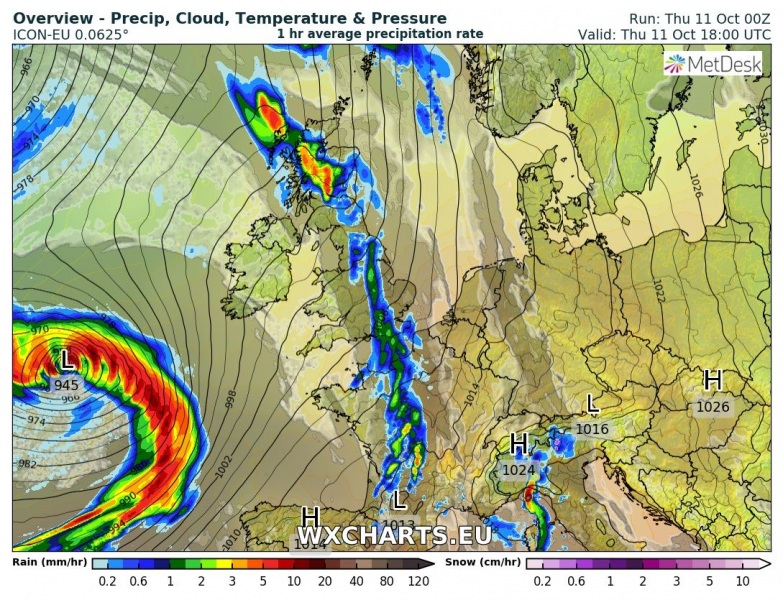 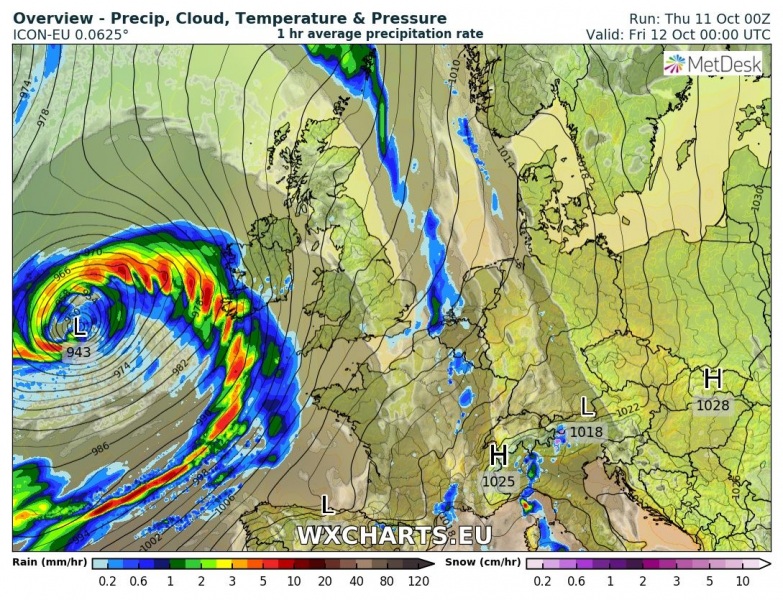 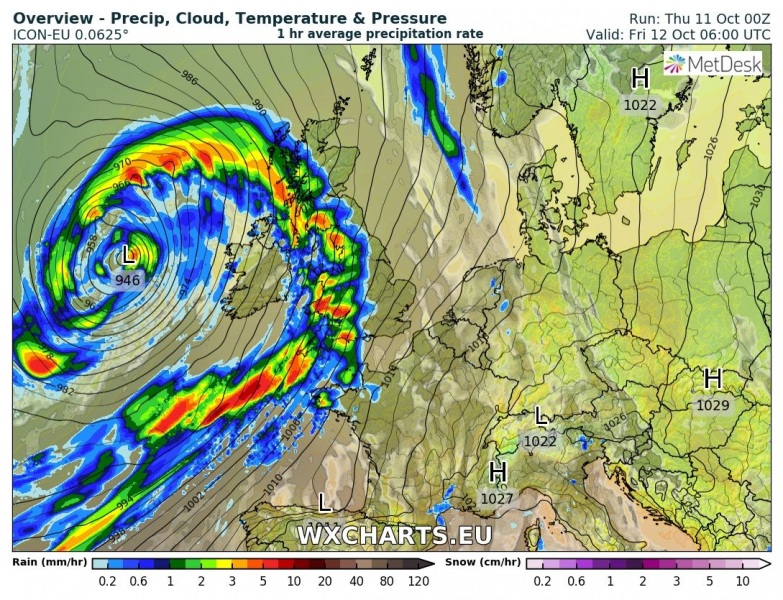 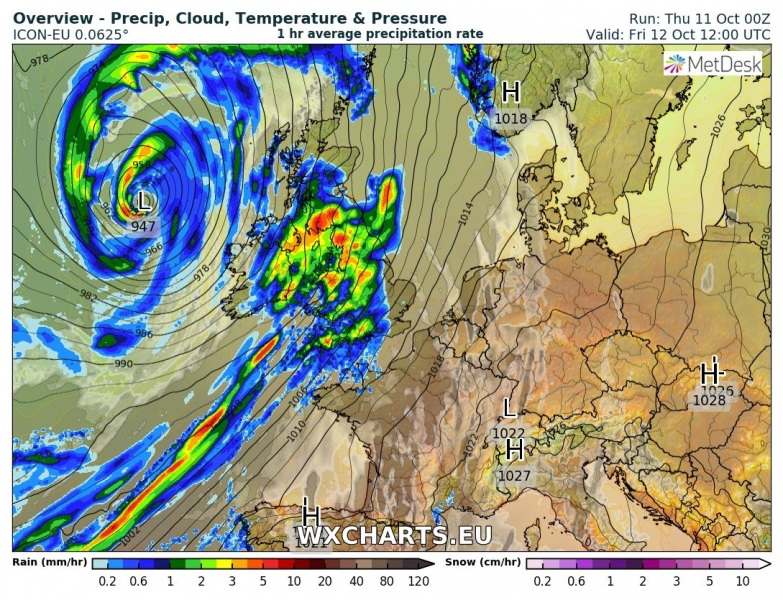 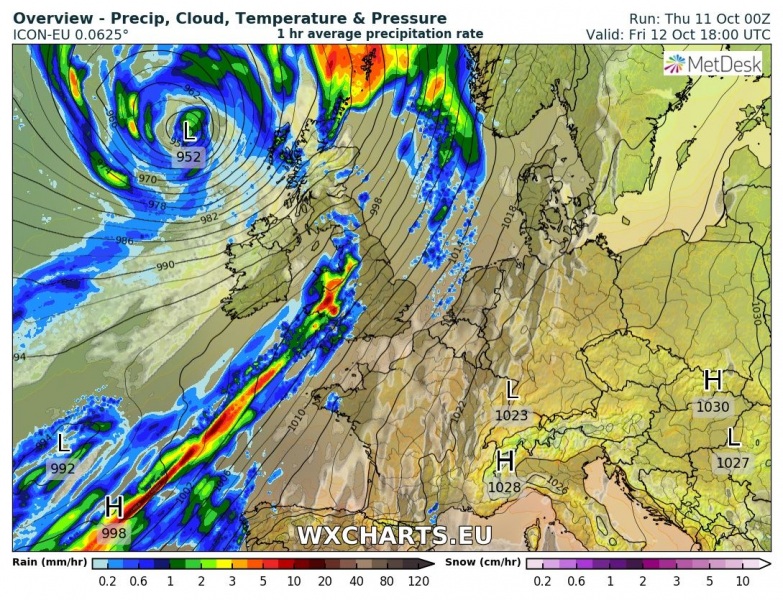 We are closely monitoring this dangerous cyclone, so stay tuned for further updates later today!