Here come the Geminids! Tonight is the first of two peak nights for this meteor shower as seen from Europe – the peak is expected during the day on December 14 in Europe. Expect over 80 Geminids per hour under clear and dark skies tonight. We take a general look where in Europe the skies tonight will likely be clear and where the best chances of seeing the meteor shower tonight are.

While the Geminids are by far the best annual meteor shower, they are also notoriously difficult for observations, as the mid-December weather is often unsettled and many locations are under clouds. Unfortunately, this year is no exception. Tonight the best chances for clear skies will be across parts of the Iberian peninsula, parts of the UK, parts of France, Germany and Austria, the northern Adriatic region, southern Italy, parts of southeastern Europe and parts of Norway, Sweden and Finland.

The best bet seems to be the southern coastal area due to Foehn effect drying. Some areas further inland may also get clear(er) skies due to local Foehn effect. Mid-level and high clouds will mostly be limited to eastern Spain and Portugal.

Chances are for partly clear skies in parts of southern and central England. Perhaps a chance in northern Scotland.

Some chances for partly to perhaps completely clear skies in the northern Adriatic region tonight (west of the Dinaric mountain range).

Other parts of Europe

Other parts look less favourable. Parts of Scandinavia may see partly clear skies, in particular SW Norway. Southern Italy and southern Greece possibly too. Other parts of Europe are unlikely to see clear skies tonight. Even so, check the sky every once in a while – maybe you get lucky and you get a break in clouds and see some meteors. Good luck! 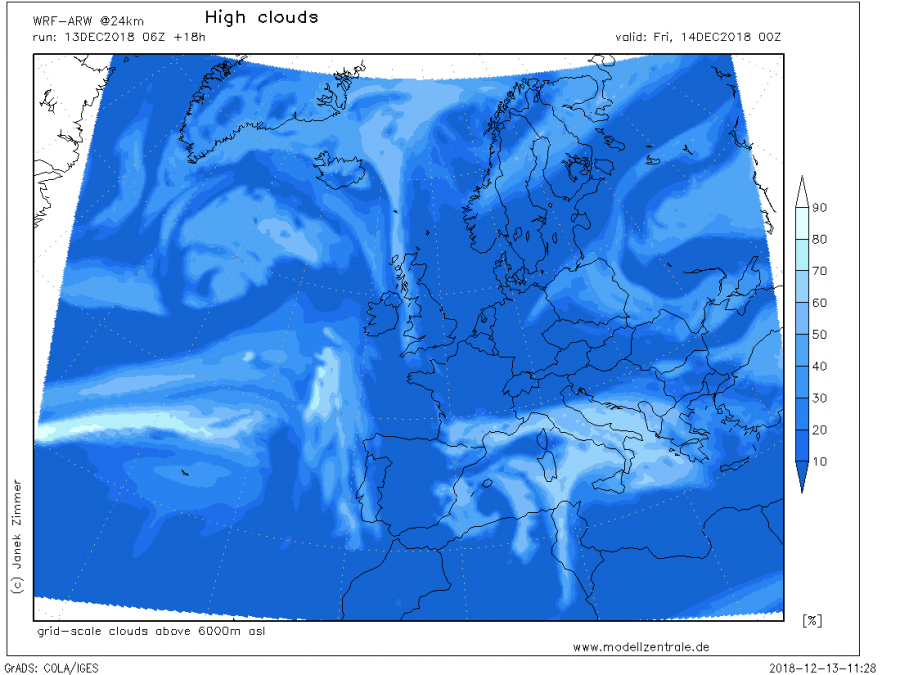