Yesterday, July 31st, was quite a hot day across central, southern and southwestern Europe. Spain already pushed above 40 °C in Cordoba. While the overall pattern is gradually changing with a strengthening upper ridge across SW Europe, slightly cooler conditions are expected across the west-central Europe today. Below are details for some parts of Europe.

Northeast Germany reached up to almost 38 °C, while other parts of the country peaked into mid 30s. Slightly lower temperatures seem likely today, while extreme NE Germany will again peak around 37 °C: 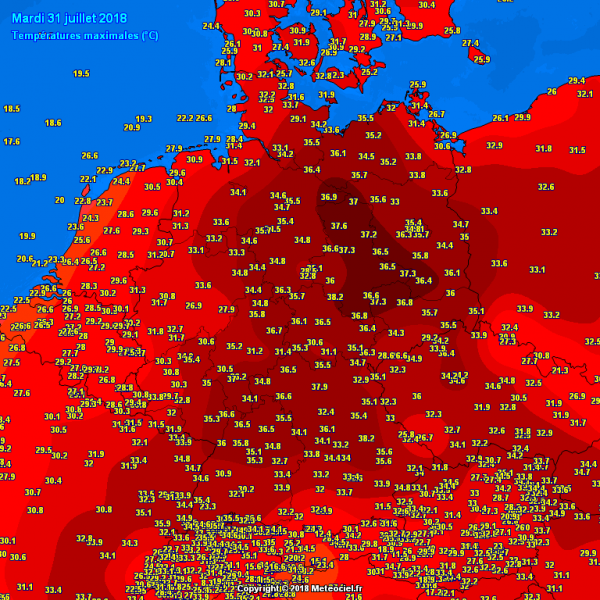 Southern Spain reached up to 40.5 °C yesterday. Even higher temperatures are expected today across the Iberian peninsula; SW Spain and parts of Portugal could peak into 40-41 °C range: 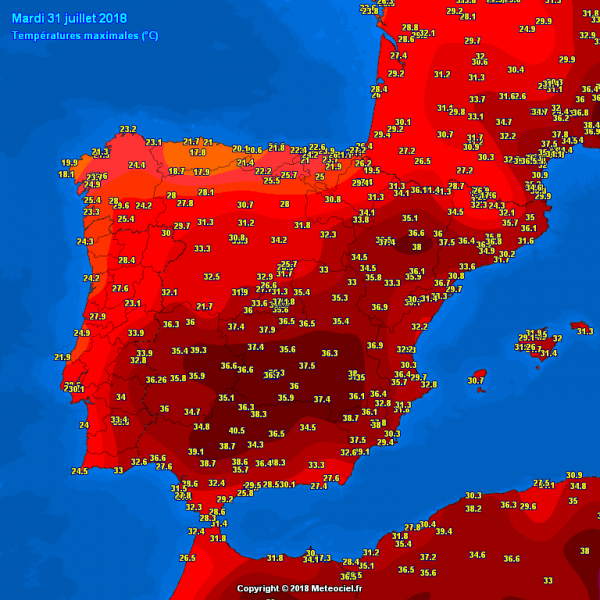 Parts of Norway again reached up to around 31 °C, southern Sweden up to 34 °C and north-central Finland up to 32 °C. Some changes are forecast for Norway today, while south-central Sweden and Finland will again experience peak afternoon temperatures in the low 30s: 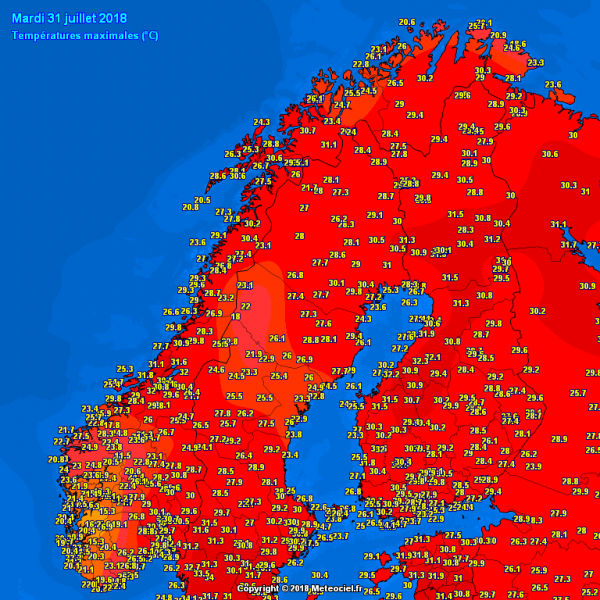 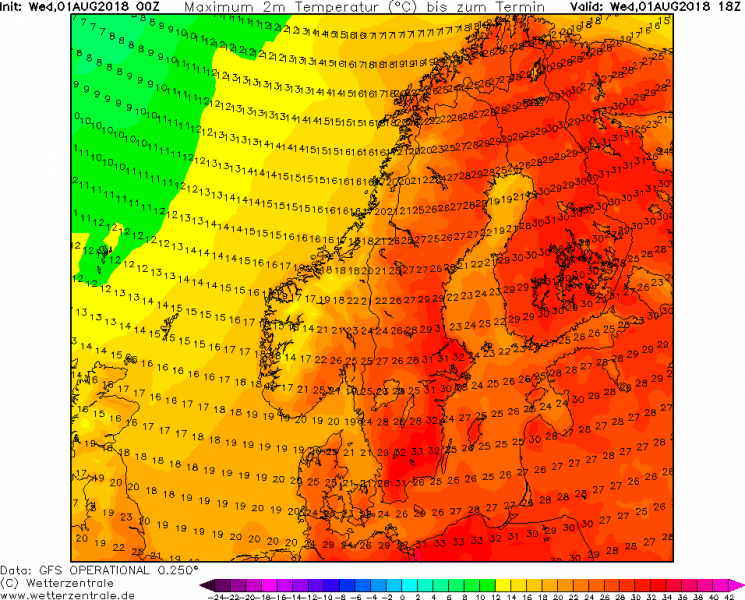 Southern France, north-central Italy and western Balkans reached up to 38 °C in some places, an even slightly warmer day expected this afternoon – central Italy could peak close to 40 °C: 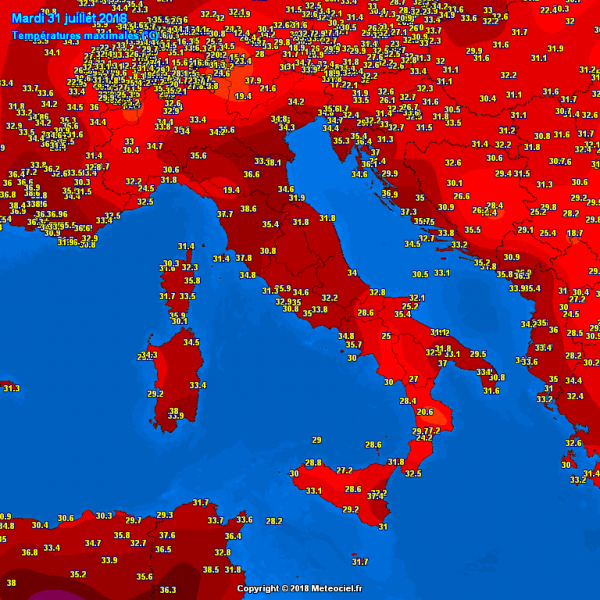 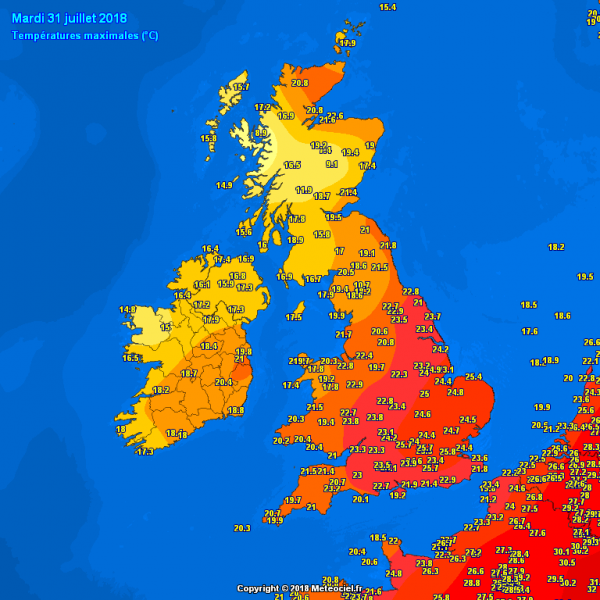