Intense westerlies to northwesterlies will affect the coast of southeastern France and in particular Corsica and parts of Sardinia tomorrow, December 9. Expect a locally very intense windstorm with peak gusts exceeding 150 km/h.

Intense Mistral (northwesterly) winds will develop over the northern Mediterranean on Sunday in the wake of a cutoff low, which will push south over the Adriatic sea. The strongest winds will develop on Sunday afternoon: the southeastern coast of France will likely experience winds gusting up to 80-100 km/h, however, Corsica and parts of Sardinia are in for much more intense winds.

Peak winds of over 150 km/h are expected across the extreme north of Corsica (Cap Corse) and across central and southeastern Corsica. The southeastern coastal part will likely see downslope winds gusting over 150 km/h. Expect also significant Foehn effect warming, with temperatures up to 16-19 °C in this area. Also expect strong winds gusting up to 110-130 km/h across northeastern Sardinia. 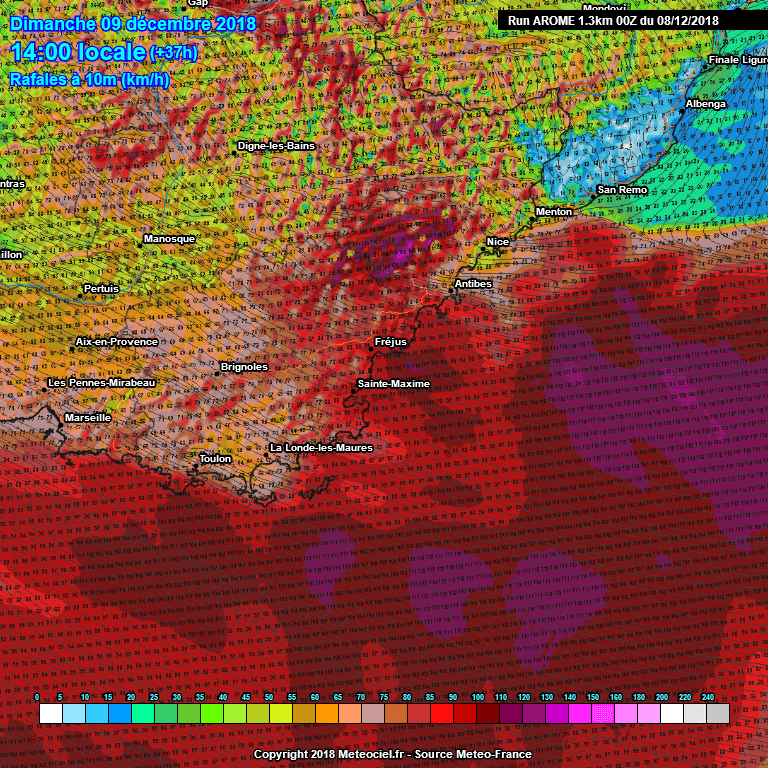 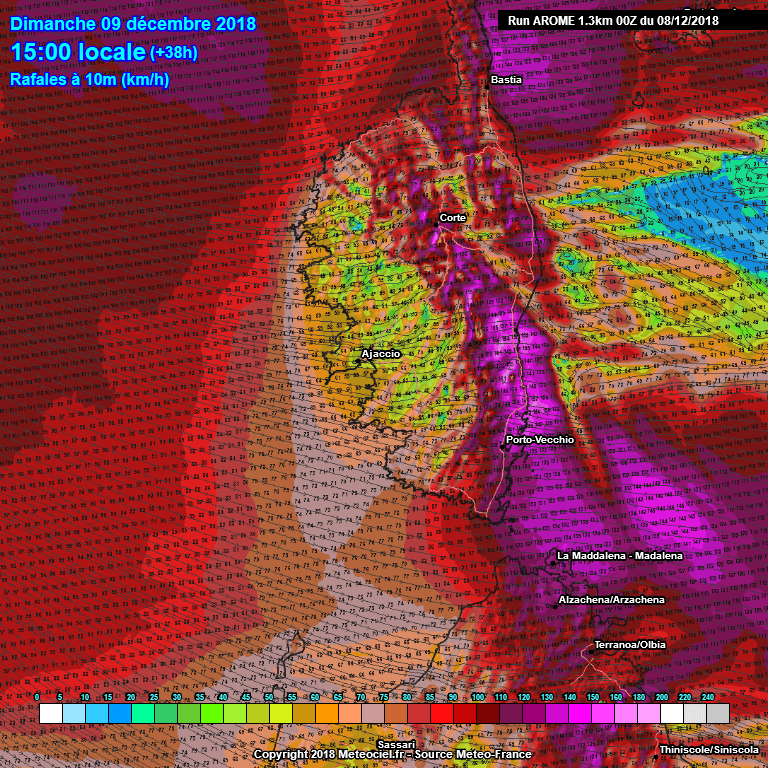 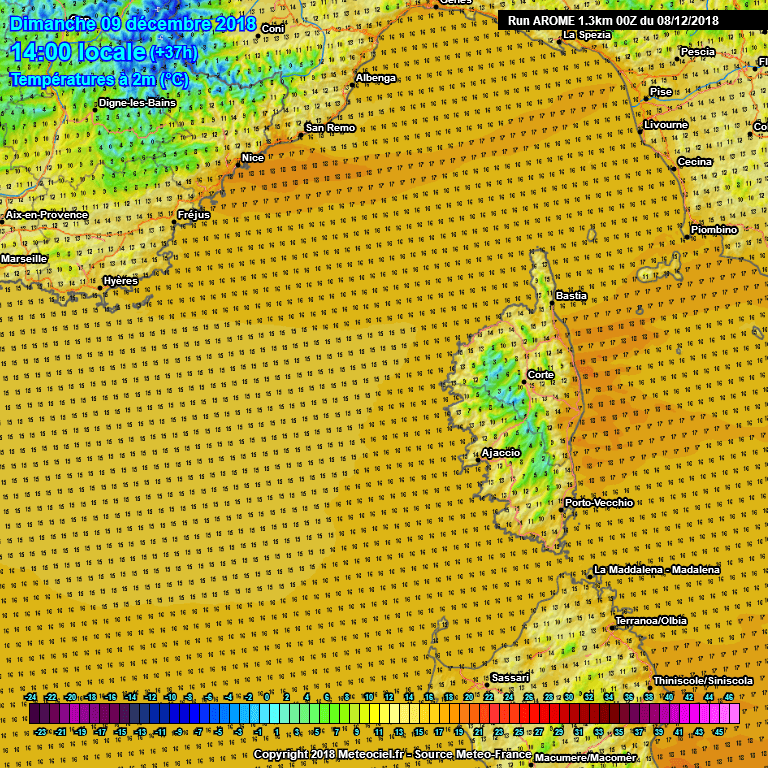