A cutoff low is rotating over central Europe and will bring persistent rainfall and locally severe thunderstorms to the region. 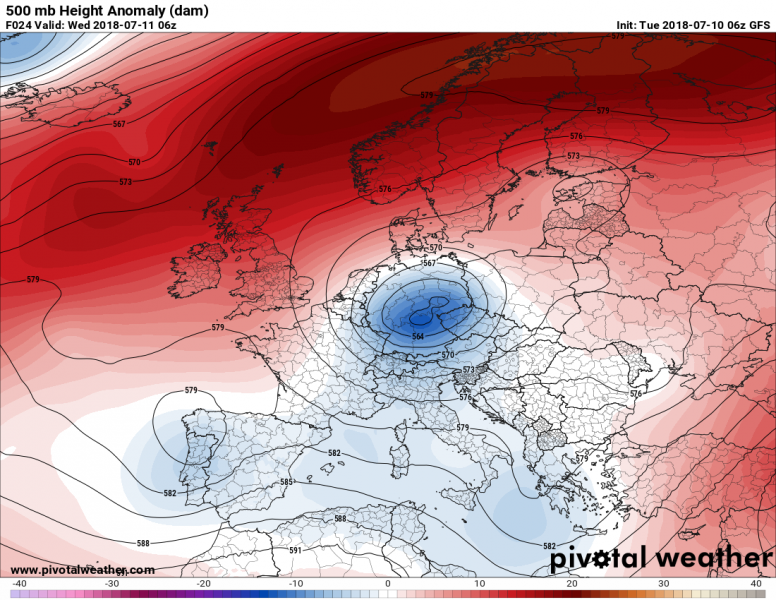 Up to 100 mm and locally 150 mm of rainfall is expected in parts of northeastern Germany and extreme north Poland in the next 72 hours. Additionally, intense rainfall is also expected over parts of north Italy, Slovenia and northwestern Croatia on Wednesday: locally up to 100-150 mm is expected. 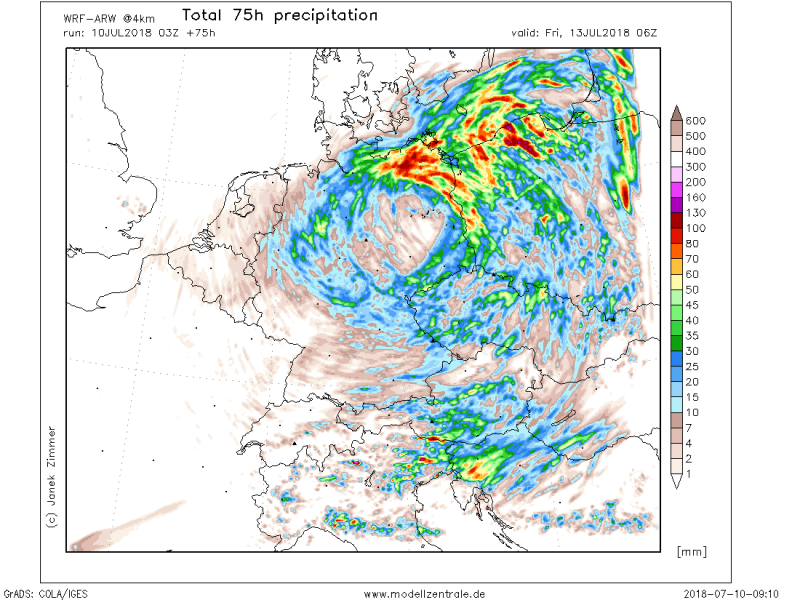 Rainfall totals over the next 72 hours. Map: Modellzentrale.de. 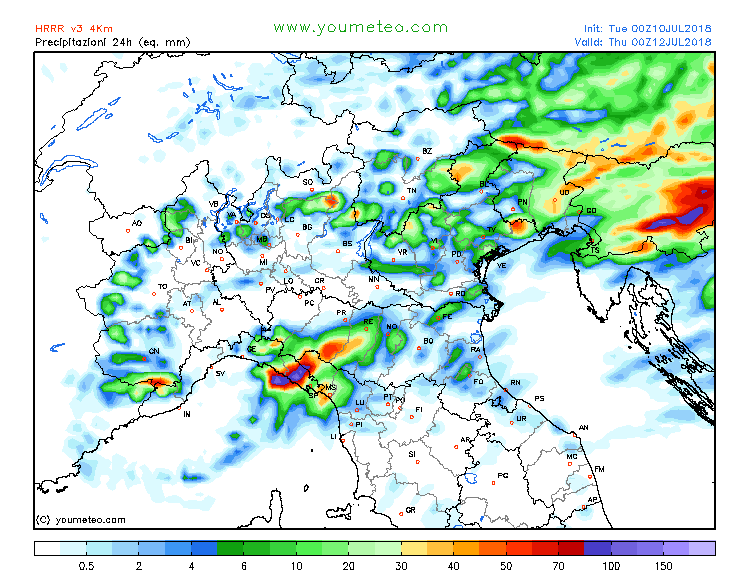 Locally intense thunderstorms are expected today over western Poland, the Czech Republic and eastern Austria. Some strong deep layer shear, in 25-50 kt range, will be available. However, the limiting factor for storm severity across much of the region will be instability, with generally only about 500-800 J/kg MLCAPE available. 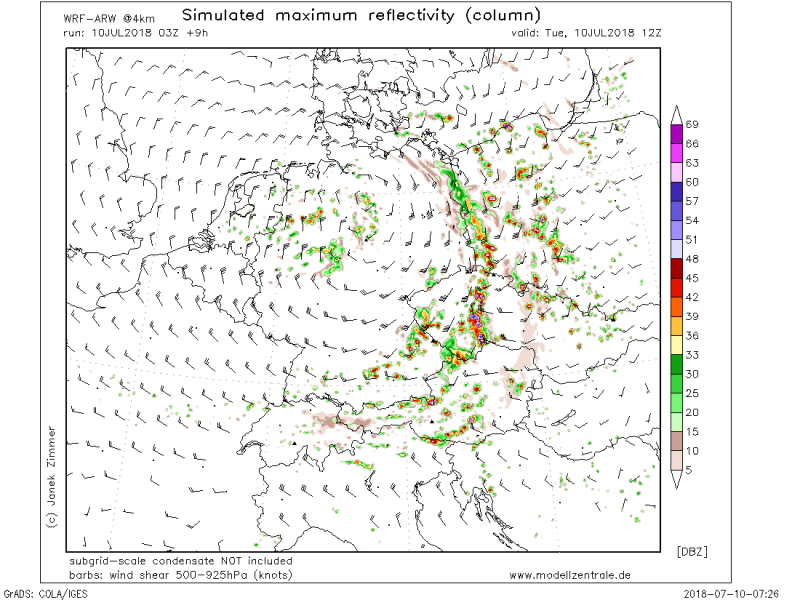 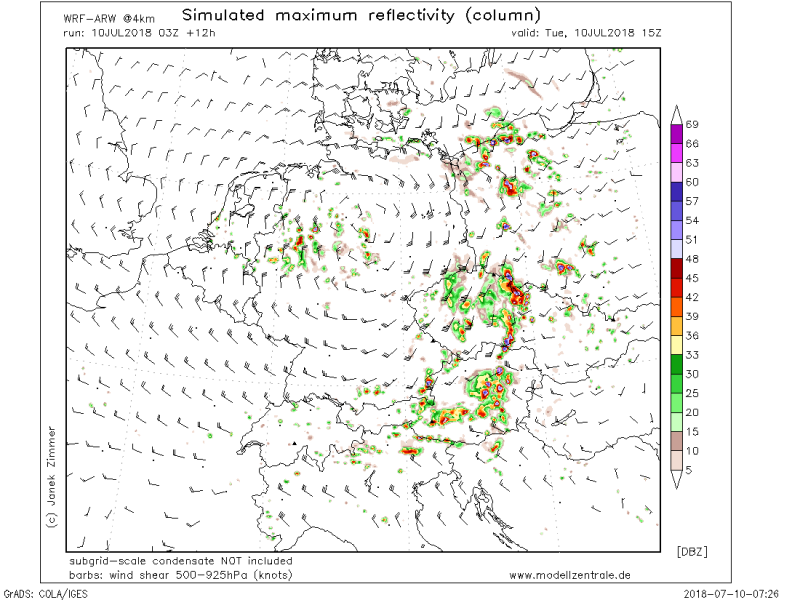 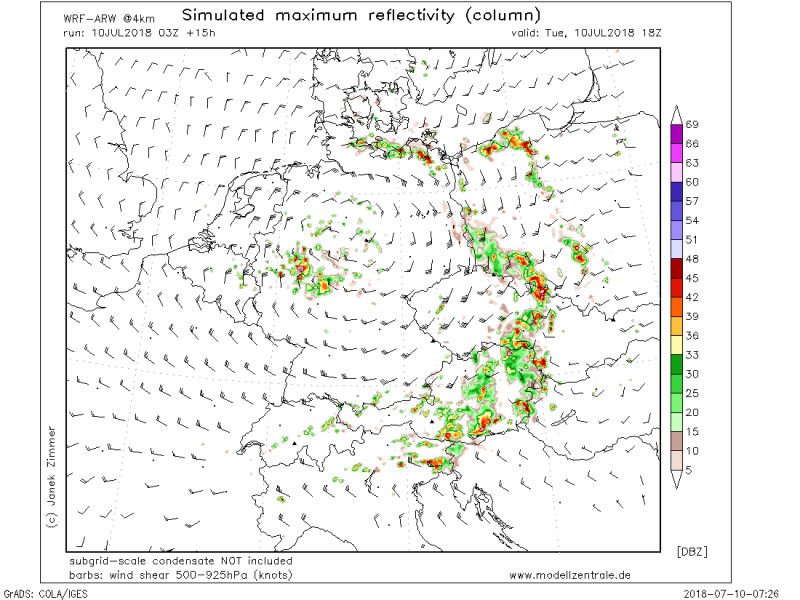 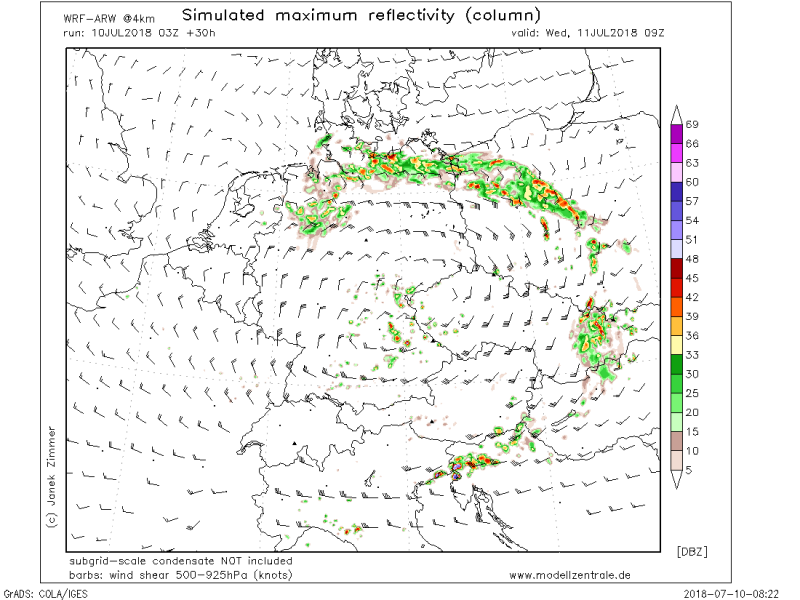 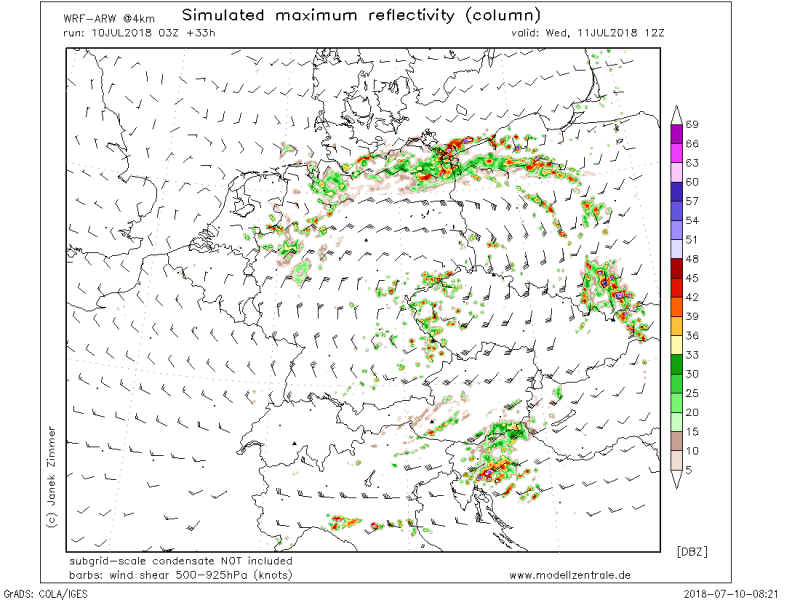 More storms are expected over the northern Adriatic region on Wednesday. Various models moderate to high instability instability, about 1000-2000 J/kg, locally up to 3000 J/kg MLCAPE across the region. 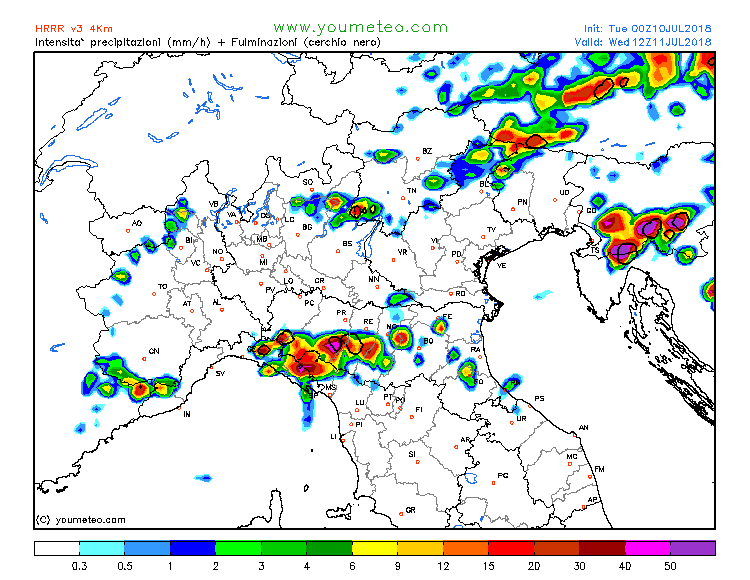 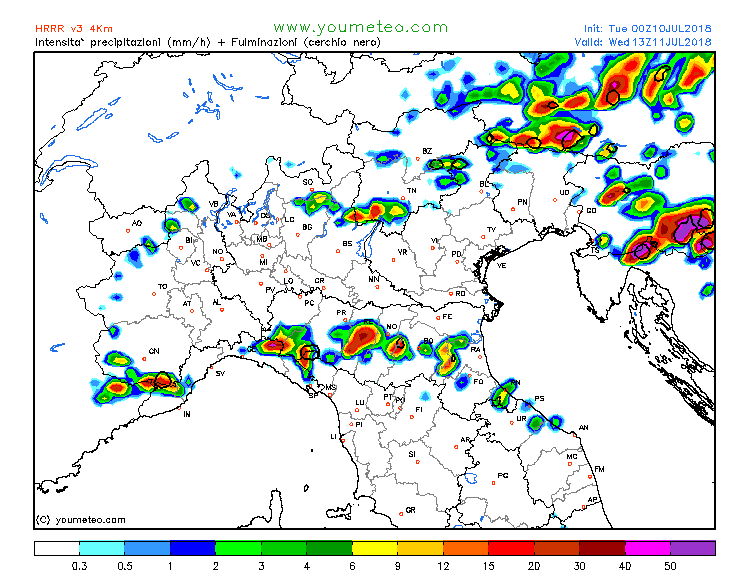 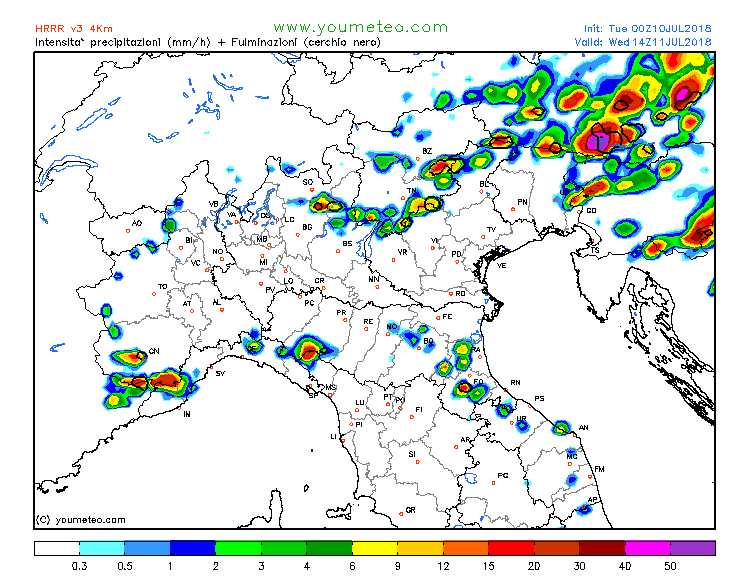 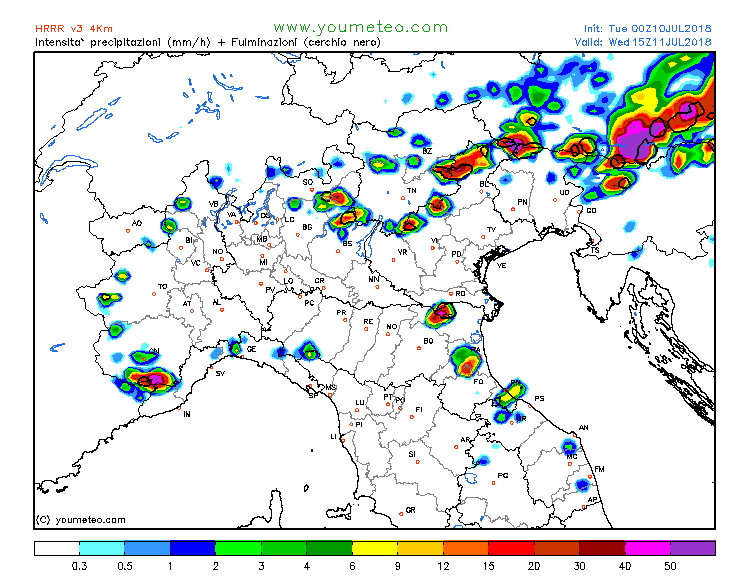 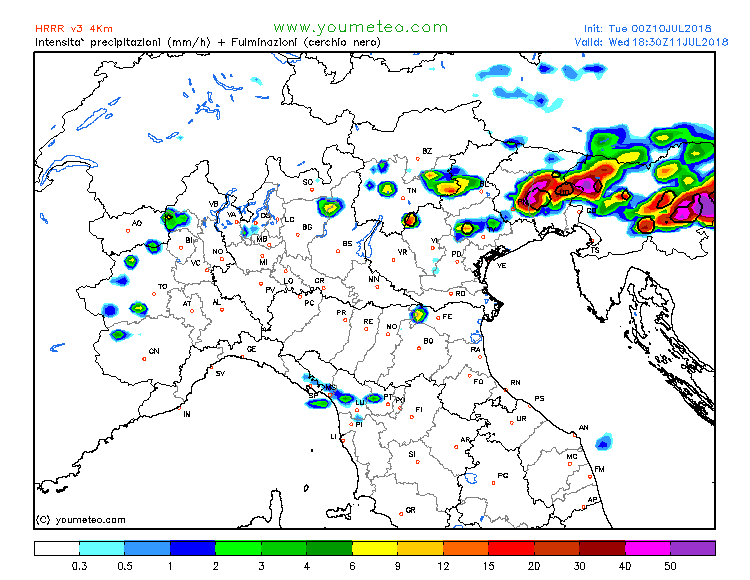