The weather pattern has become quite dynamic across the western half of Europe lately, between deep Atlantic troughs to the west and persisting ridge to the east. Additionally, a much more significant change in weather is coming soon, as the ridge collapses and a powerful outbreak of Arctic airmass spreads across large part of our continent by early next week. The late summer temperatures we have been enjoying this month will be shut down by two intense cold blasts. The first, weaker cold wave crosses part of Europe this weekend while a more intense Arctic outbreak arrives on Monday and Tuesday and very cold airmass will be advected all the way to the southern Mediterranean and North Africa.

The current weather pattern across Europe starts changing on Friday, when a deep trough pushes into western and northern Europe. A pool of cold airmass will spread behind the cold front from the Atlantic towards central Europe, while the very warm airmass spreads far north into Scandinavia and northeastern Europe. 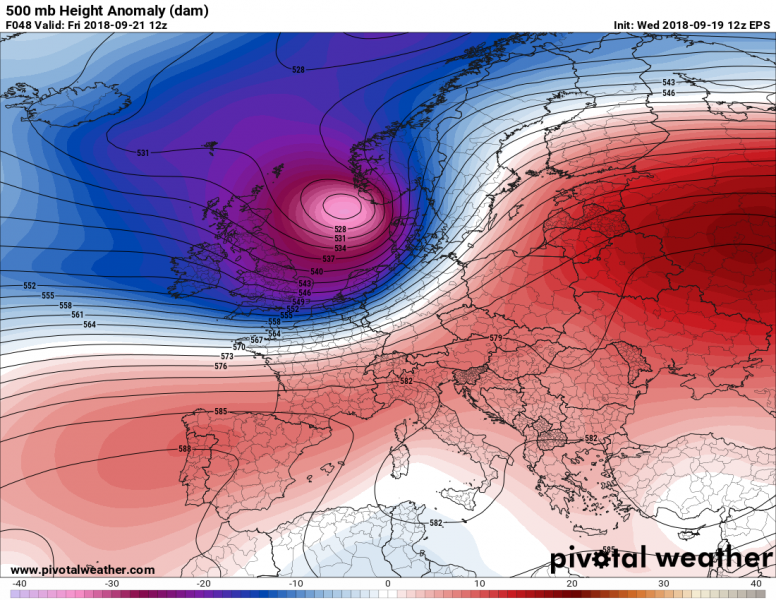 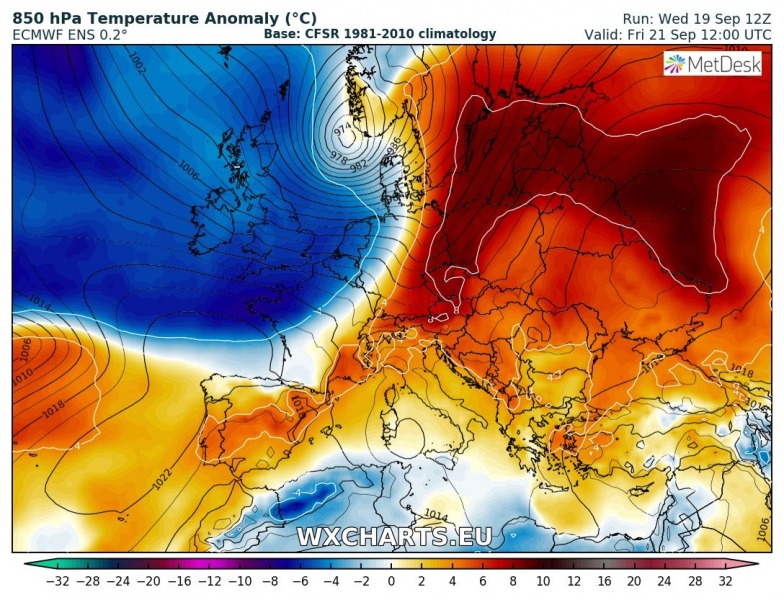 The deep trough from western Europe pushes far north towards the Arctic and a ridge temporarily strengthens back from the southwest towards central Europe. This should result in some warmer airmass recovery into the region while a new wave will begin developing over western Europe with a strengthening ridge to its west, over the Atlantic. This will open a channel towards the north and begin a powerful Arctic outbreak towards continental Europe. 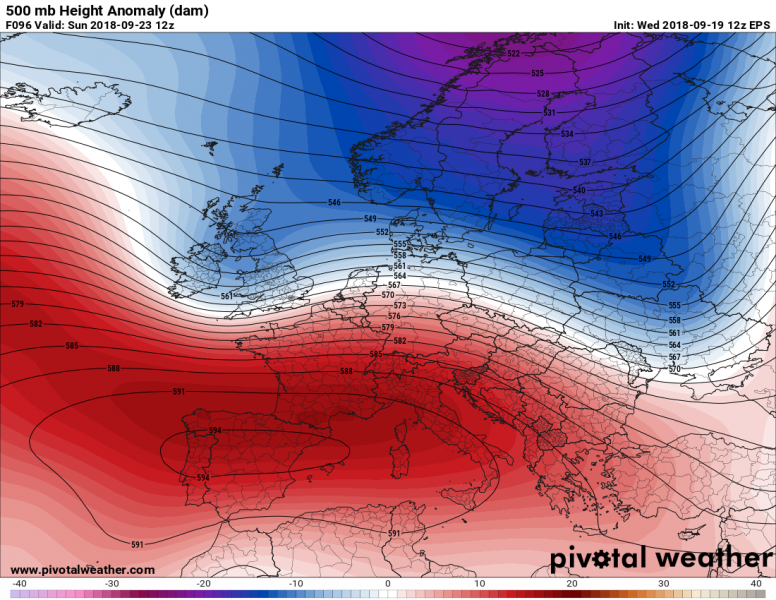 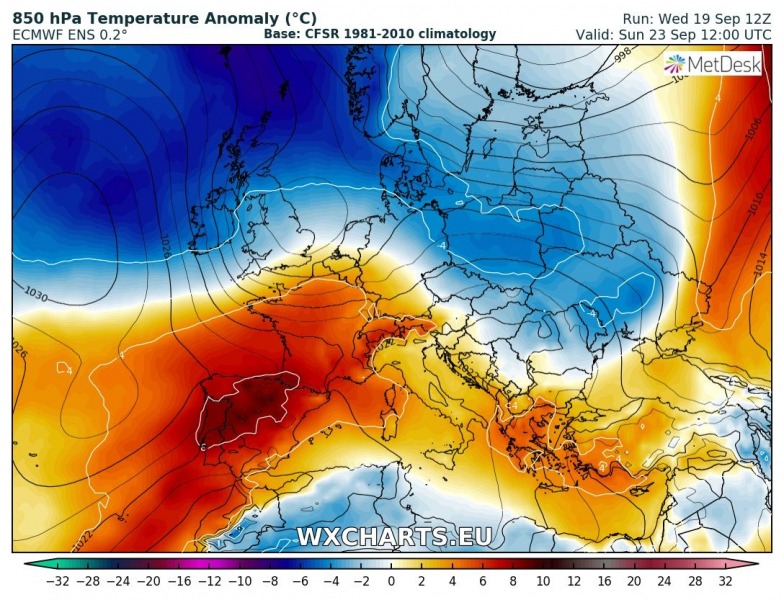 The pattern significantly flips and develops an intense upper ridge across north Atlantic and western Europe. To the east, a deep trough ejects into eastern Europe. This then establishes a meridional flow in between, directly from the Arctic towards the south. An Arctic front rapidly moves across central Europe into the Balkans and the Mediterranean. 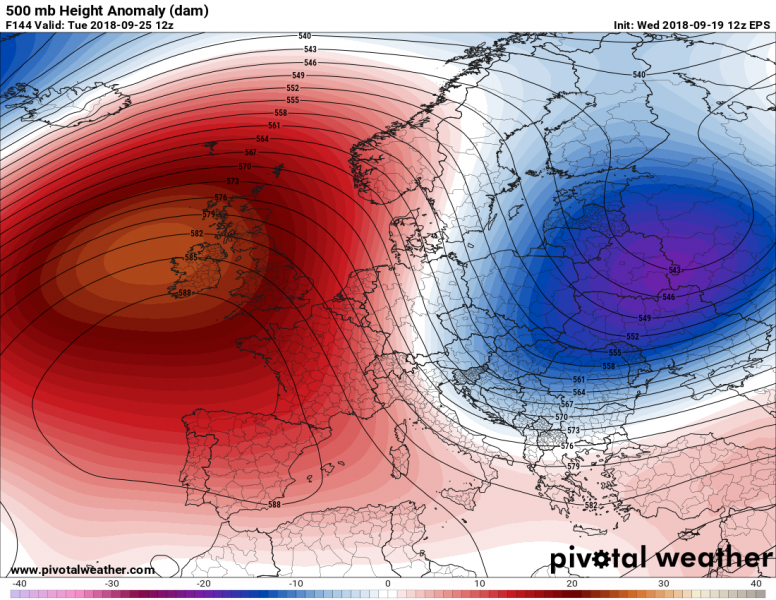 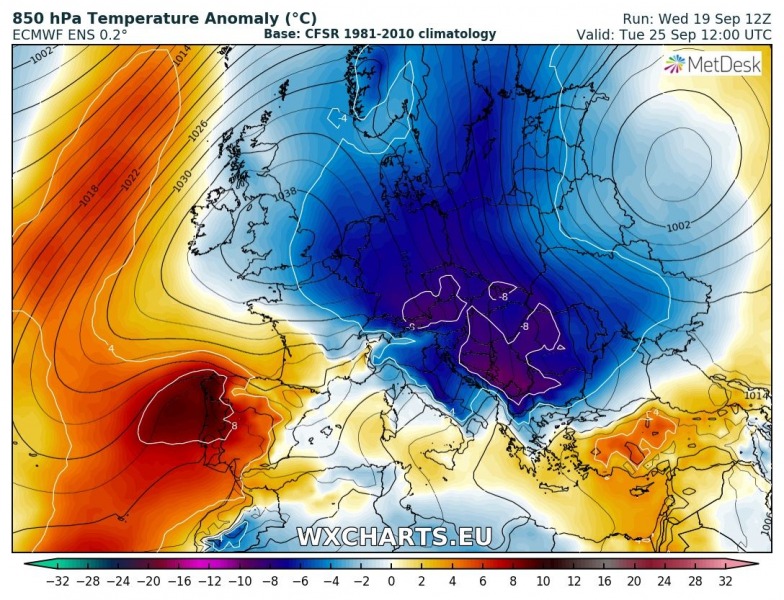 The upper ridge strengthens across the western Europe even more and expands towards east. As a result, the deep trough/low over eastern Europe and Balkan peninsula pushes further south towards the southern Mediterranean and brings very cold weather all the way to northern Africa. 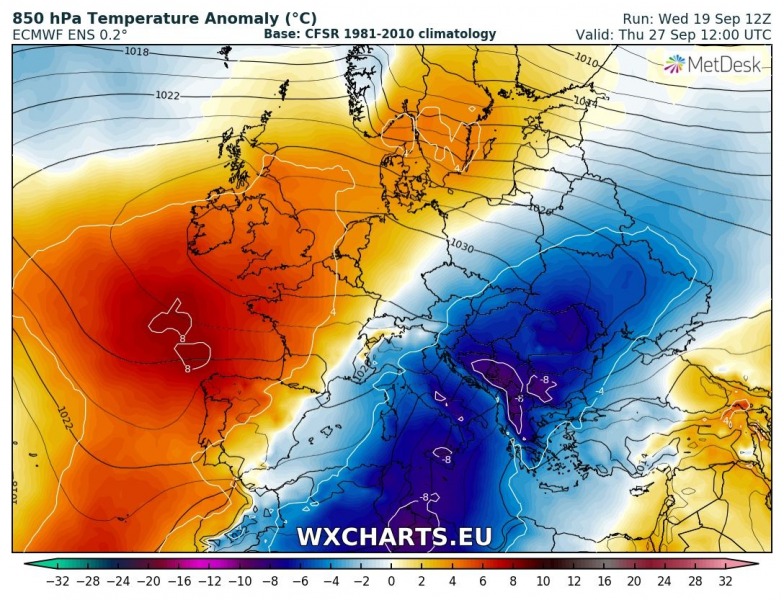 The two intense cold blasts are very well visible on the ensemble graphics, we take a look at 4 locations across Europe and along its path: 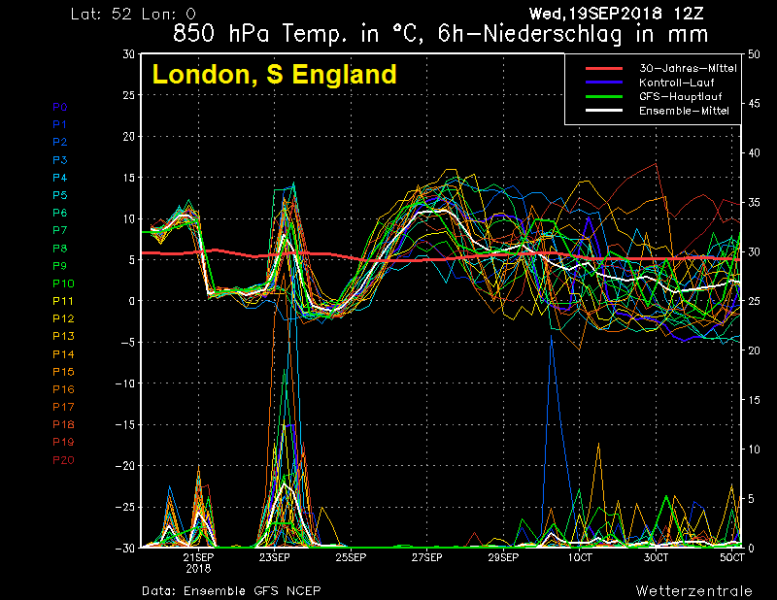 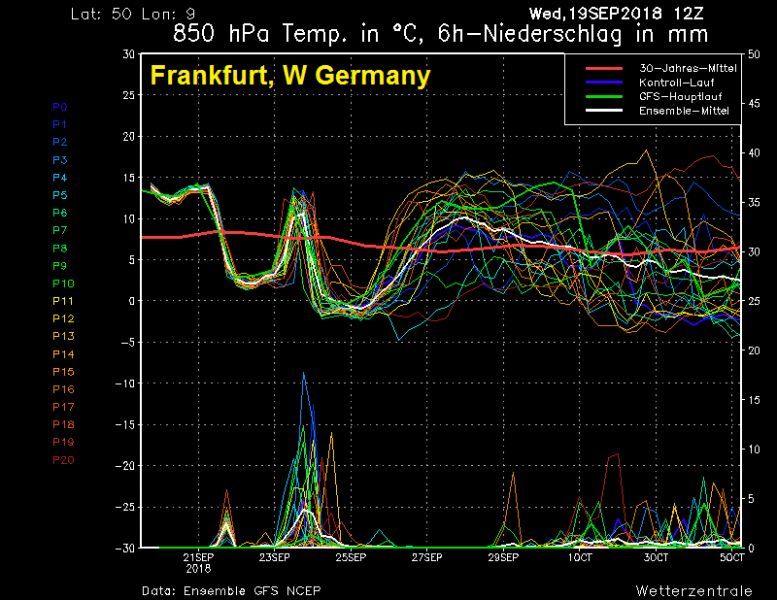 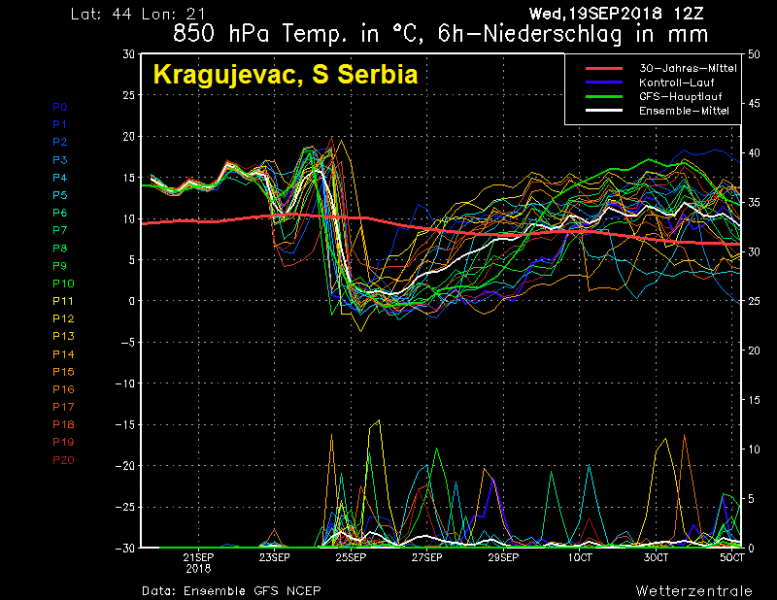 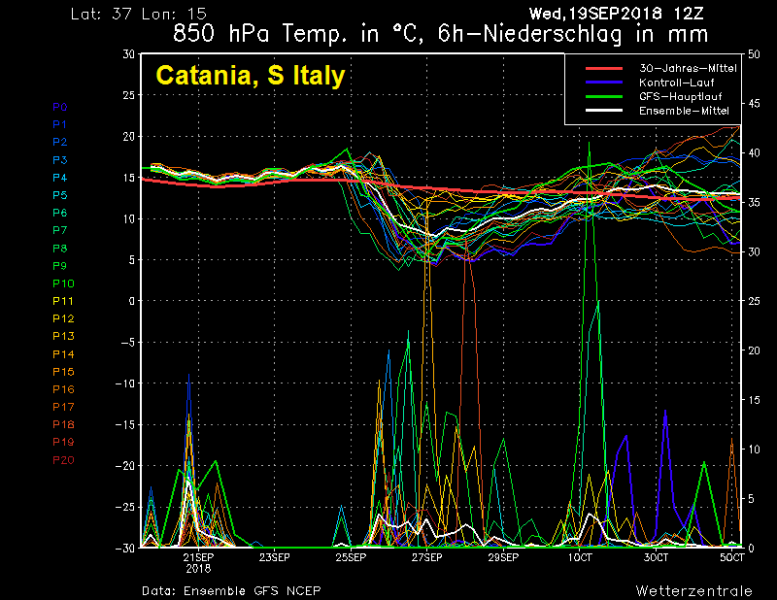 It appears likely we will see a very sharp and significant change from late summer into late autumn temperatures by early next week and first snowfall can also be expected across the mountain regions across the central Europe and the Balkan peninsula.

We are closely monitoring this significant change in pattern and will keep you updated with new details over the weekend. Stay tuned!