Extreme heat will hit southern France on Friday, with temperatures expected to push well above 40 °C and locally up to 44-46 °C. All time maximum temperature records are likely to be broken! This is a potentially very dangerous event as both life-threatening extreme heat and extreme fire danger will develop.

An established Omega blocking pattern will support an extreme warmth across west-central Europe, centered over France on Thursday and Friday. Friday will be the last day of extreme heat and high potential exists for a record breaking values across the southern parts of France. The 850 mbar level temperature on Friday will be exceptionally high for France, nearing 29-30 °C at this level – around 1500 m above sea level. 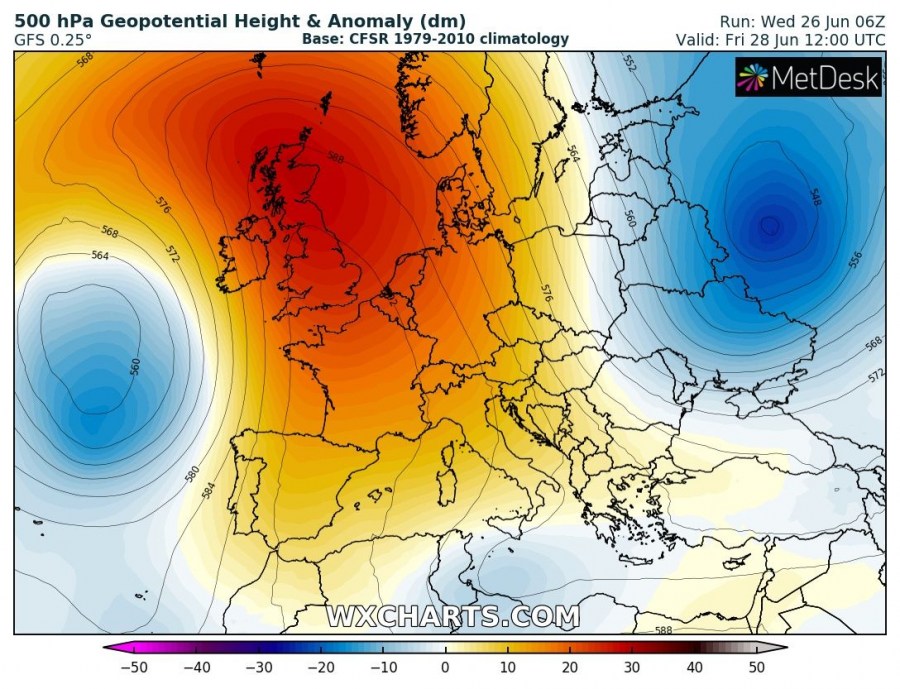 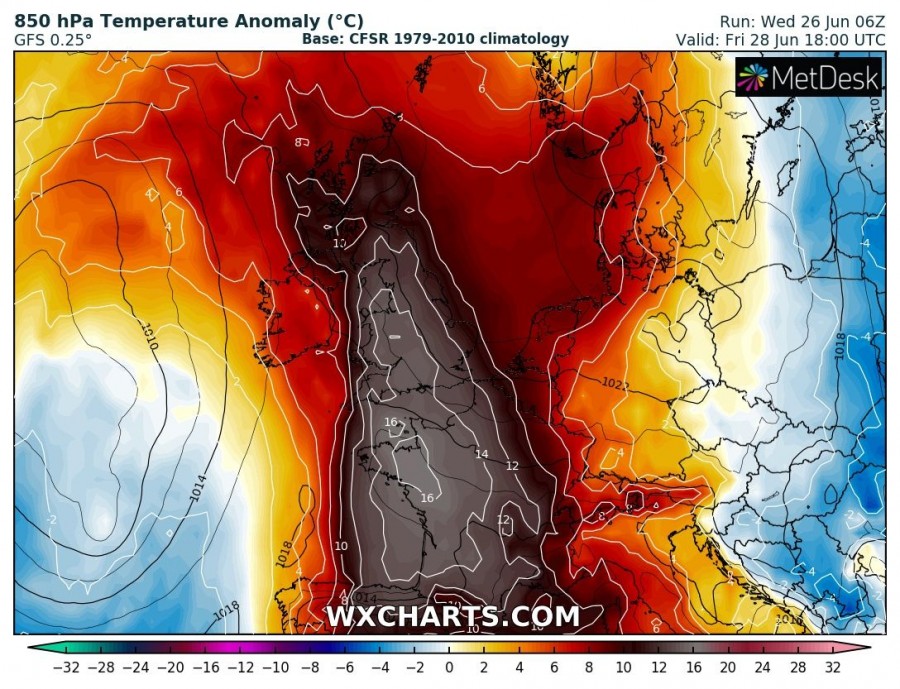 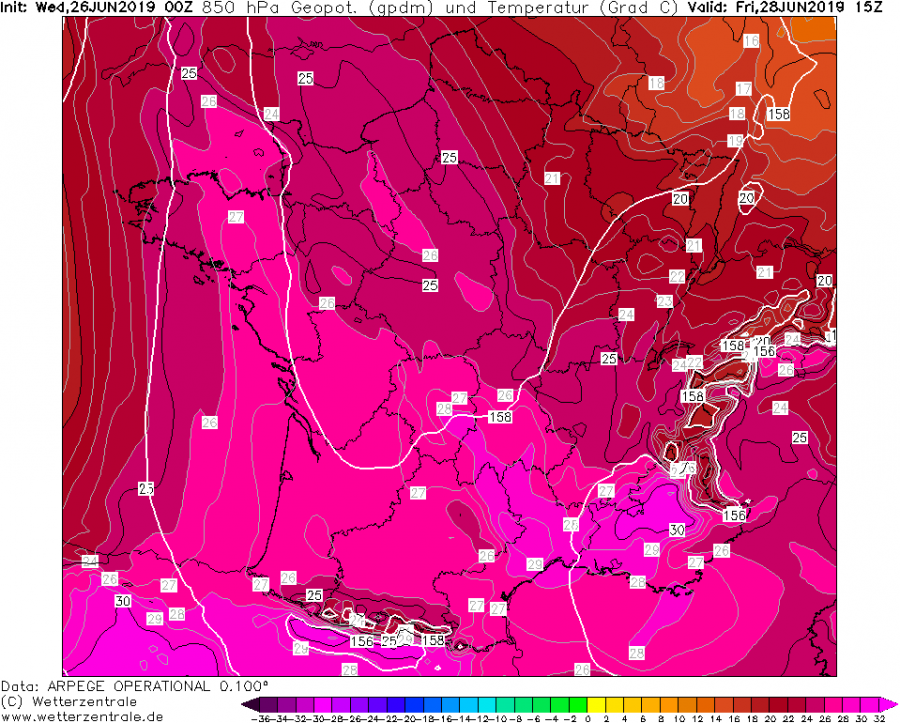 What makes Friday potentially a record-breaking heat event is the combination of extremely warm airmass and dry northerly winds, resulting is enhanced / additional warming airmass with downslope (Föehn) winds from the Massif Central and the Auvergne Mountains into Provence and the Languedoc-Roussillon regions. Near-surface wind forecast indicates the NNE-early winds will be quite strong through the Rhone valley, resulting in gusting downslope winds towards the coast. This will result in extreme heat potential and in addition, an extremely dangerous threat for wildfires as airmass will also be very dry with low relative humidity! 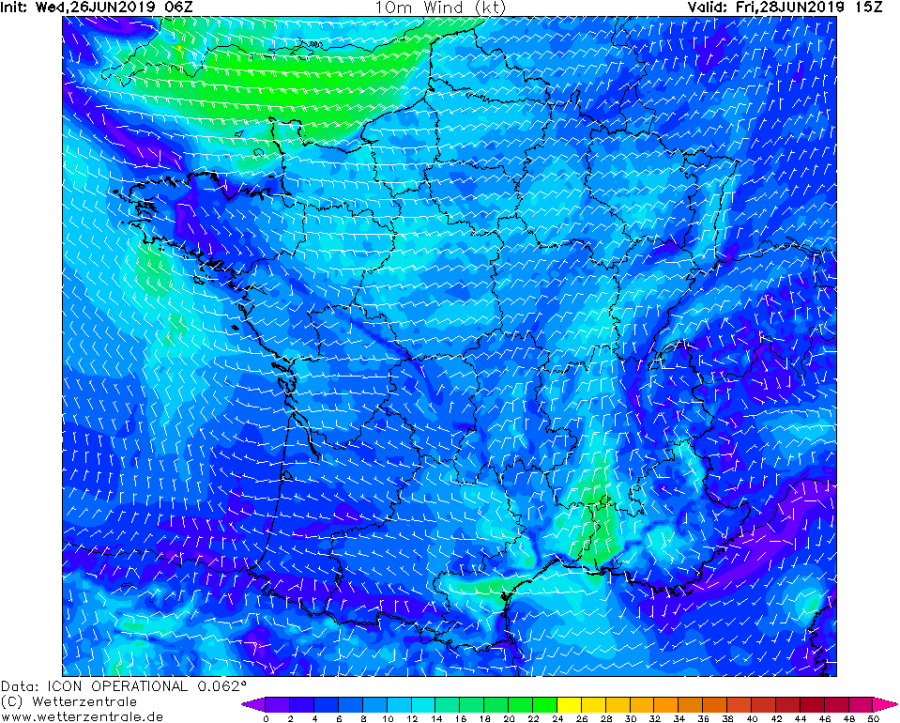 Here are the GFS and ICON-EU peak afternoon temperature forecasts, both releasing a scorching hot temperature approaching 45 °C! Such values would no doubt be nearing the all-time heat record (the whole summer, not just June itself) in the region, potentially even a national heat record for France – the record values for southern France are the following: 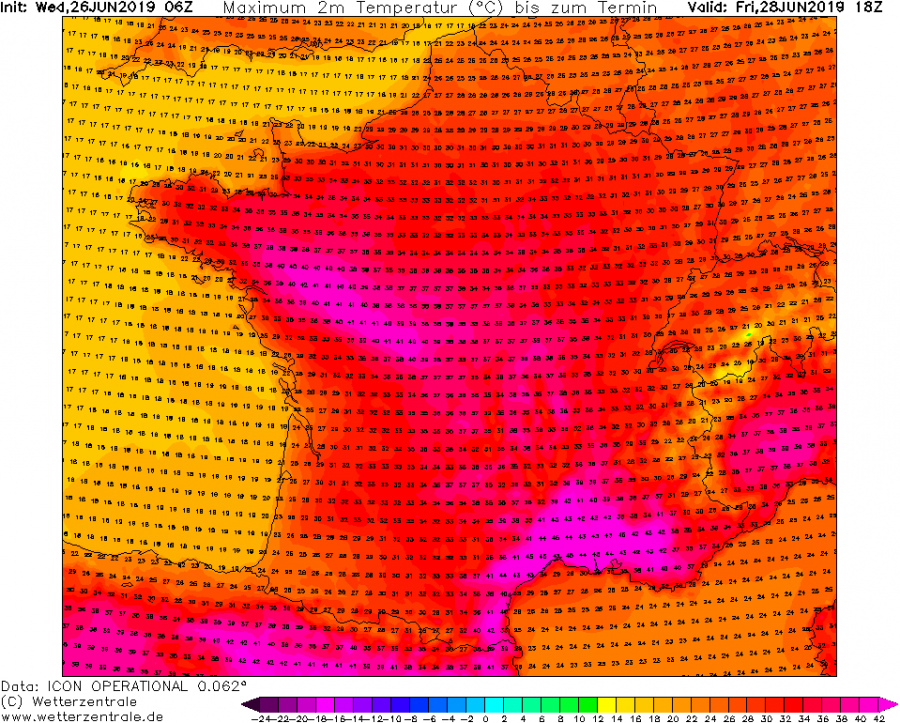 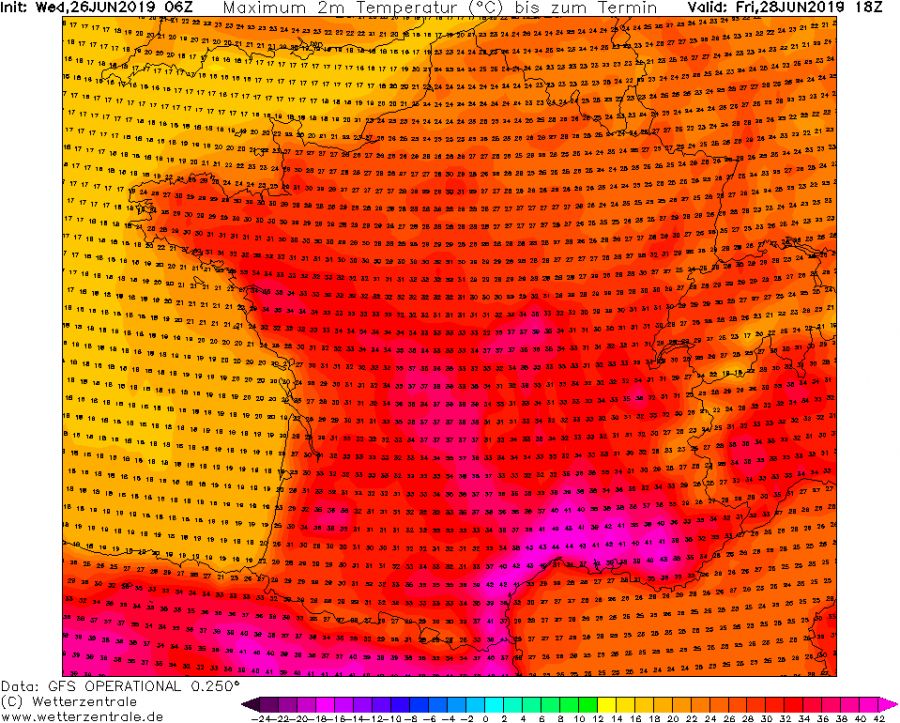 Stay alert for these extremely dangerous conditions with both extreme heat and extreme wildfire danger!

All-time heat records are likely to be exceeded across S France on Friday, June 28th 2019