A volcanic eruption occurred on the White Island volcano, New Zealand, which is a popular tourist attraction due to it being a volcano and having easy access.

The explosive volcanic eruption occurred at around 14:11 local time, and has sent ash, smoke and debris almost 4km high up into the air.

Around 50 people were on the island as it erupted. The White Island volcano was on alert, due to a risk of an eruption without any warning. That is exactly what happened, so the questions are being raised, how and why were tourists allowed to access a volcanic island under an eruption alert? The image below shows the sulfur detection from the eruption cloud reaching from White Island to the coast of New Zealand, via CopernicusEU data (from Moritz Lehmann). 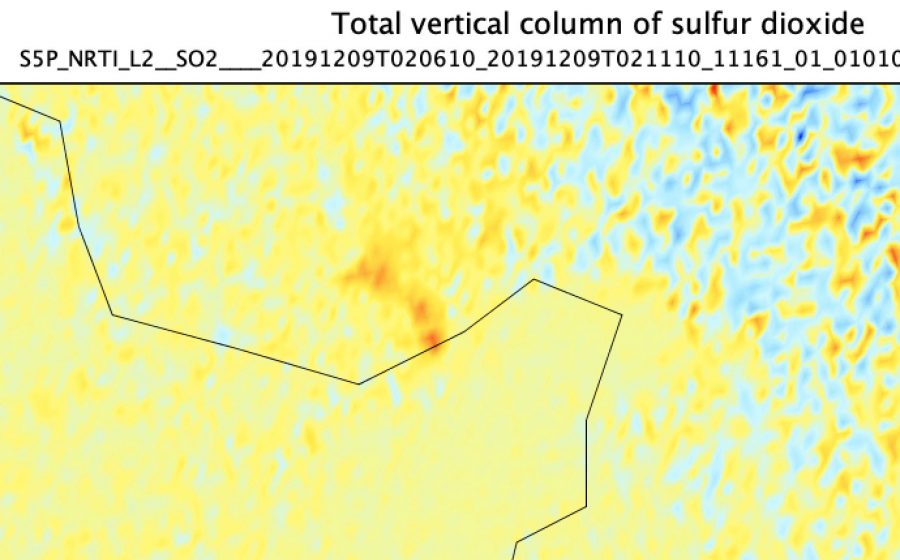 Search and rescue operations were quickly underway, and the first reports were very scary, as the police said that there are no signs of life on the volcano. The current death toll is 5 people, with 8 still missing. 34 people survived, of which 31 are currently hospitalised. There is still a high possibility of new eruptions, so the rescue attempt is marked as a high-risk operation for the search and rescue crews.

My god, White Island volcano in New Zealand erupted today for first time since 2001. My family and I had gotten off it 20 minutes before, were waiting at our boat about to leave when we saw it. Boat ride home tending to people our boat rescued was indescribable. #whiteisland pic.twitter.com/QJwWi12Tvt

The White Island volcano has erupted 5 times in the past 20 years, with explosive eruptions of minor to moderate strength, sending ash, steam, and smoke into the atmosphere. The latest eruption is likely the deadliest at this volcano!

Those are some of the people put boat picked up. Praying for them and their recovery. Woman my mom tended to was in critical condition but seemed strong by the end.

The helicopters on the island looked destroyed: pic.twitter.com/jds5QBD1yg

We will keep you updated on any important further development. While you wait for more updates, make sure to check out the latest heatwaves coming to Australia, raising temperatures to over 45°C in some places!: