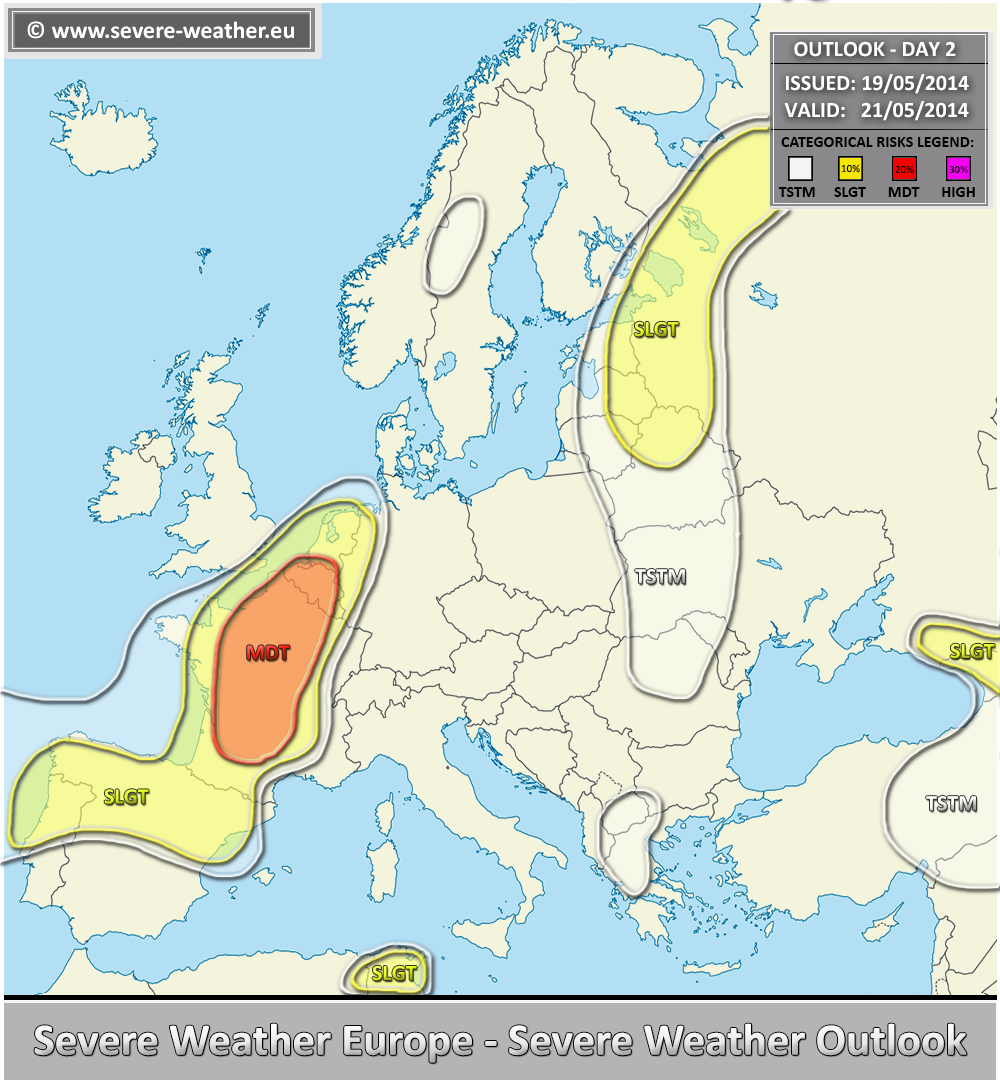 A powerful upper low rotates over WSW Europe while upper ridge builds up over the rest of Europe.

A MDT risk has been issued for large part of France into Benelux with threat for widespread severe weather. An outbreak of storms appears likely with large hail, severe winds, tornadoes and heavy rain threat on Wednesday, given the very strong shear and moderate instability overlaping together. Upscale growth into one or two MCS clusters is possible towards the evening, enhacing severe wind threat.

A SLGT risk has been issued for surrounding areas of MDT risk over France, Benelux and NNW Iberia with threat for marginally large hail, severe winds and heavy rain.

A SLGT risk has been issued from N Belarus across eastern parts of Baltic states into NW Russia with threat for severe winds, large hail and heavy rain. Tornado threat will be limited given the diminished LL shear, but not completely ruled out within the enhanced helicity along the old outflow boundaries.

A SLGT risk has been issued for parts of extreme SW Russia with threat for severe winds and large hail.