Tropical storm Lorenzo has been officially upgraded to a hurricane. It is projected to undergo further strengthening, becoming a major hurricane (category 3+) in the next two days.

There is no recorded data on how accurate the model forecasts were for individual tropical systems, but Lorenzo is likely one of the most accurate forecast storms so far. Its formation was forecast over a week earlier, with great timing and location accuracy. At that point, not a single thunderstorm has formed yet from this system, yet some models, like the European ECMWF, were already seeing hurricane formation. This seemed like a rare situation, so we were monitoring the development of Lorenzo, when it was still just a thunderstorm in Africa.

Follow next major hurricane formation with us, live, day by day!

Lorenzo is now a hurricane and is gradually moving into favorable environmental conditions, with low wind shear and warm 26-28 °C SSTs. Both will likely lead to a significant intensification after tomorrow. Lorenzo should become a category 3 storm on Friday.

Ocean Heat content (OHC) map of a much favorable environment for intensification of Lorenzo through Saturday this week. Image by RAMMB NOAA Satellites. 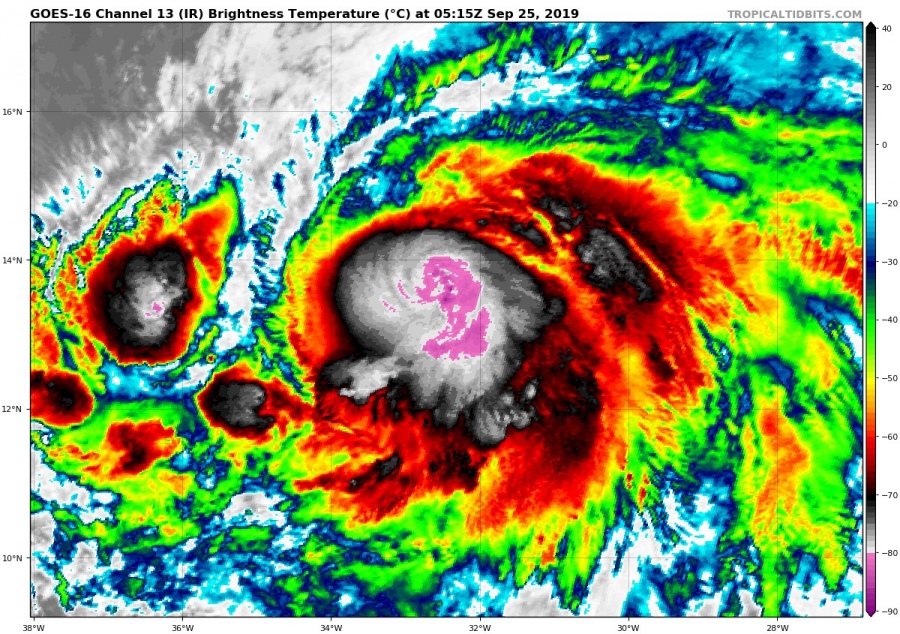 Official forecasts from the National Hurricane Center still had Lorenzo as a tropical storm, but the morning update is projected to already show the hurricane status… and Major hurricane by Friday! 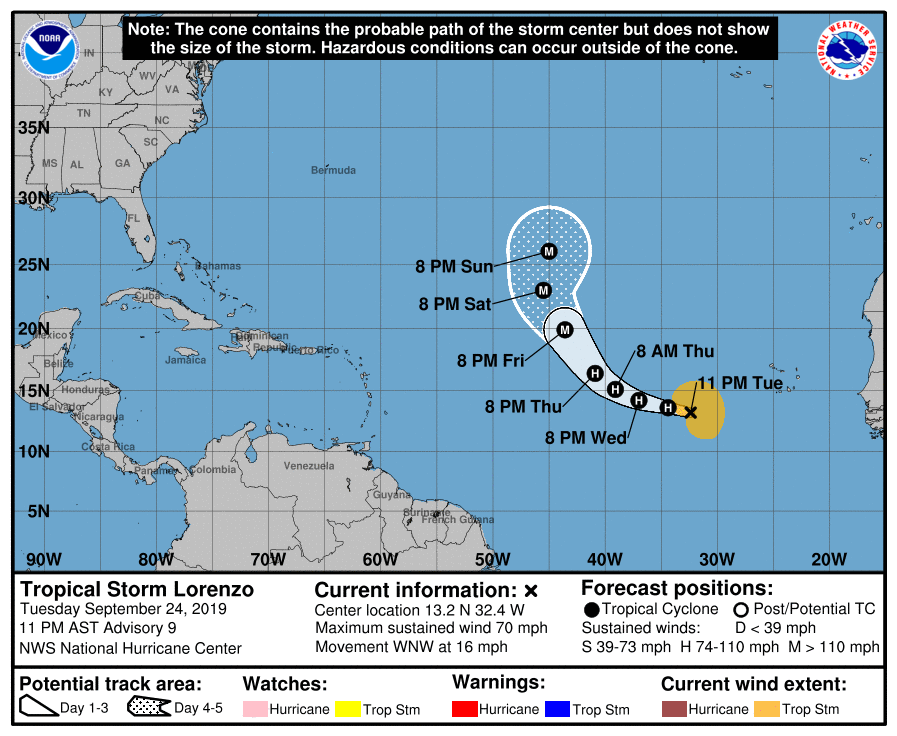 Lorenzo was perhaps very accurately forecast so far, but the future track is still rather uncertain for this system. Currently, it is forecast to continue on a west-northwest track and then starting to re-curve north and northeast. It is currently projected to come very close to the Azores, potentially making direct landfall as a major hurricane next week. 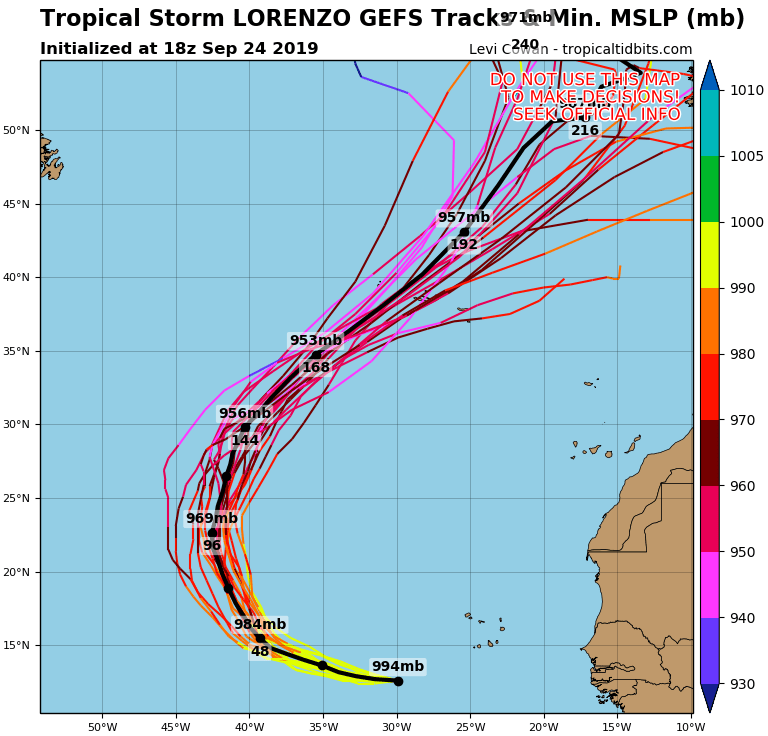 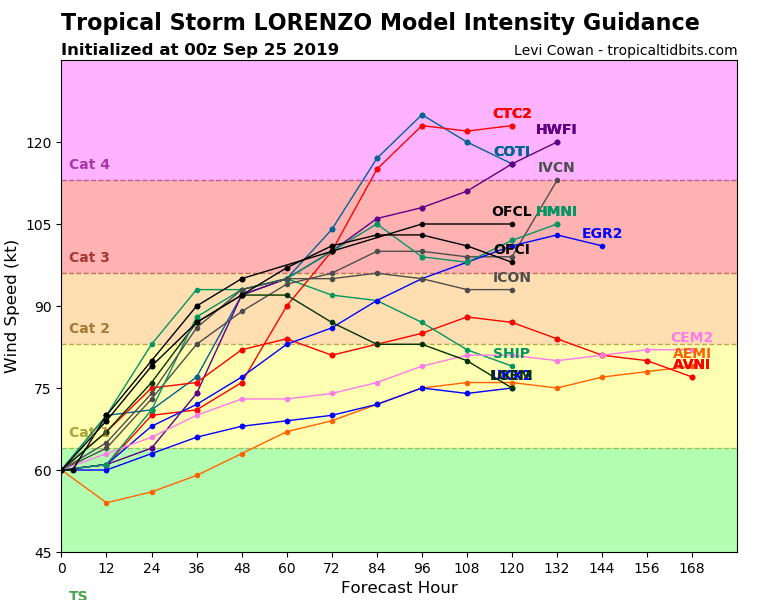 The GFS model is currently forecasting a direct impact to the Azores, with gusts over 170 km/h, which equals to a strong category 2 hurricane. Islands would also be hit with a major storm surge and excessive precipitation. The future track would then lead Lorenzo towards the Bay of Biscay and WSW Europe sometime mid next week. 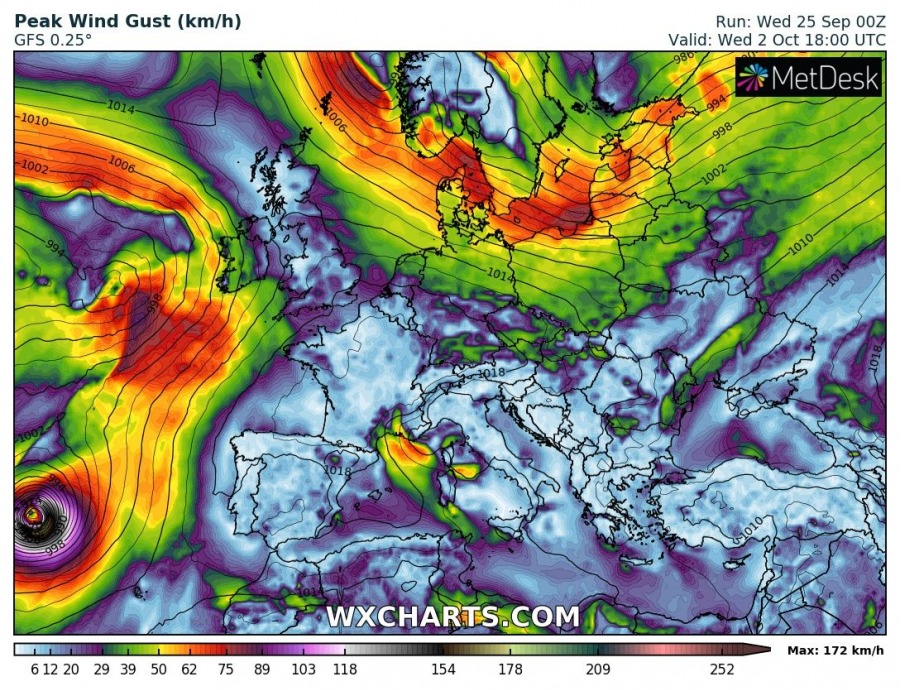 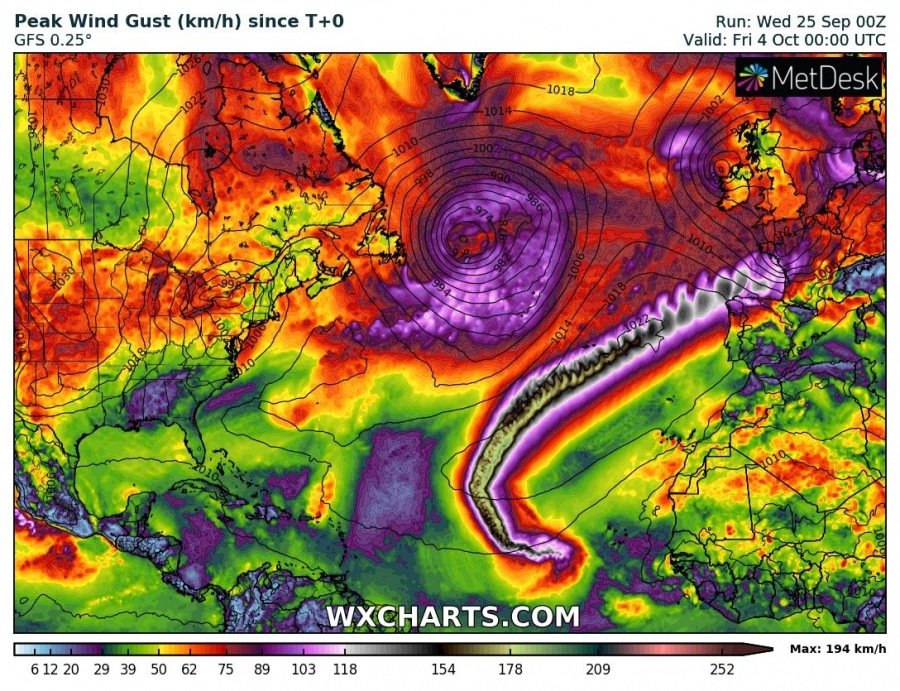