Hurricane Dorian continues tracking north/northeast and is approaching the coast of South Carolina this morning, Sept 5th. It has re-strengthened back to Category 3 and will be tracking just about 30 miles offshore the coast of the South Carolina and likely make landfall across the outer banks of eastern North Carolina. Central pressure is down to 957 mbar with sustained winds of 115 mph!

*UPDATE Sept 5th 08 UTC: Dorian is getting stronger! The latest satellite imagery is indicating the eyewall convection has exploded also across the NW and SW quadrant which are likely responding to intensifying winds closer to the coast! Attached is a comparison of IR satellite scan in the time span of the past 2.5 hours – note the very intense convection over SW quadrant!

*UPDATE Sept 5th 05 UTC: Hurricane Dorian has re-organized and intensified in the last 6 hours, and is now again major hurricane! Both satellite, radar and recon reveals a much more impressive structure and clear eye surrounded by bursts of deep convection – the strongest within the SE/NE quadrant. 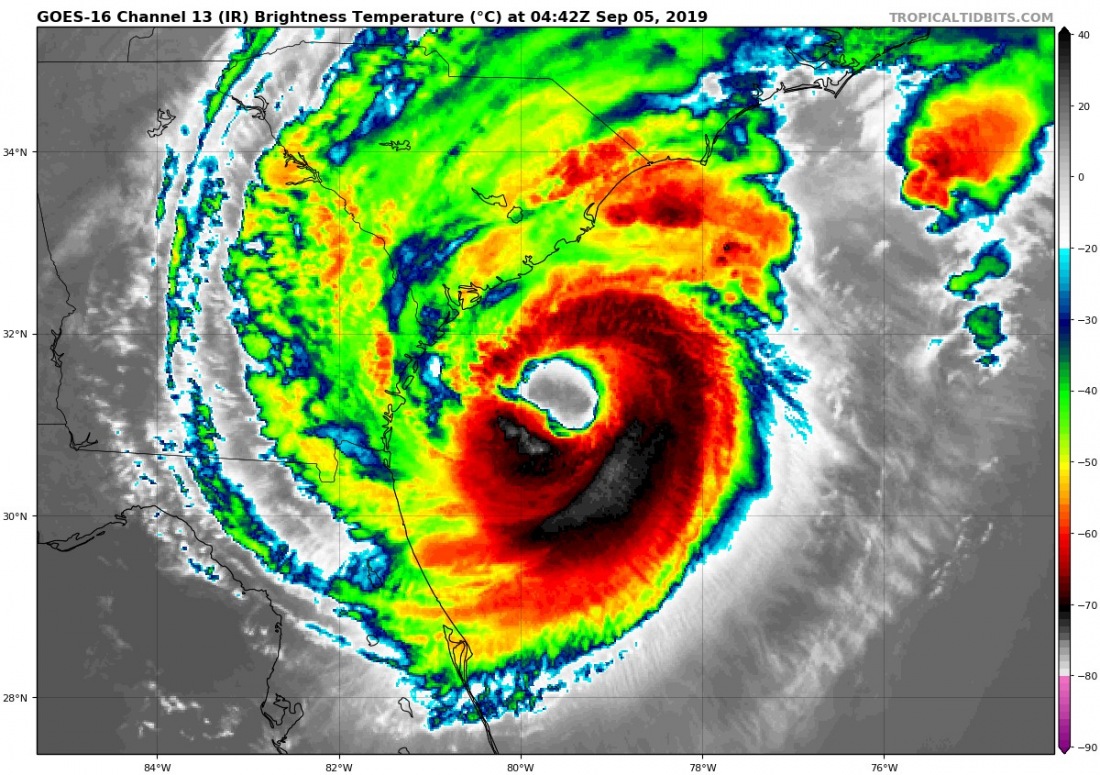 Yet another indication of #Dorian intensifying this evening, the low-level water vapor channel is showing significant warming of the #eye & eyewall convection surrounding it is cooling. Not surprisingly ADT estimates have risen to between T5.5 to T6.0 (i.e., 105-110kt). pic.twitter.com/yrcccKPA6L

Advanced Dvorak Technique analysis indicated how a rather rapidly Dorian has re-intensified in the past 6 hours!

Dorian has been upgraded back to Category 3 with sustained winds of 115 mph and central pressure around 957 mbar. It is moving due north towards the coast of South Carolina. Dorian will then turn and track the northeast with its center approx. 20-30 miles offshore, parallel to the coast. The latest model trends suggest Dorian could possibly make landfall in extreme eastern North Carolina as it tracks across the outer banks tomorrow. Nevertheless, a broad and intense wind field associated with Dorian will develop life-threatening storm surge and dangerous winds along portions of the coasts of Georgia, South Carolina, and North Carolina! 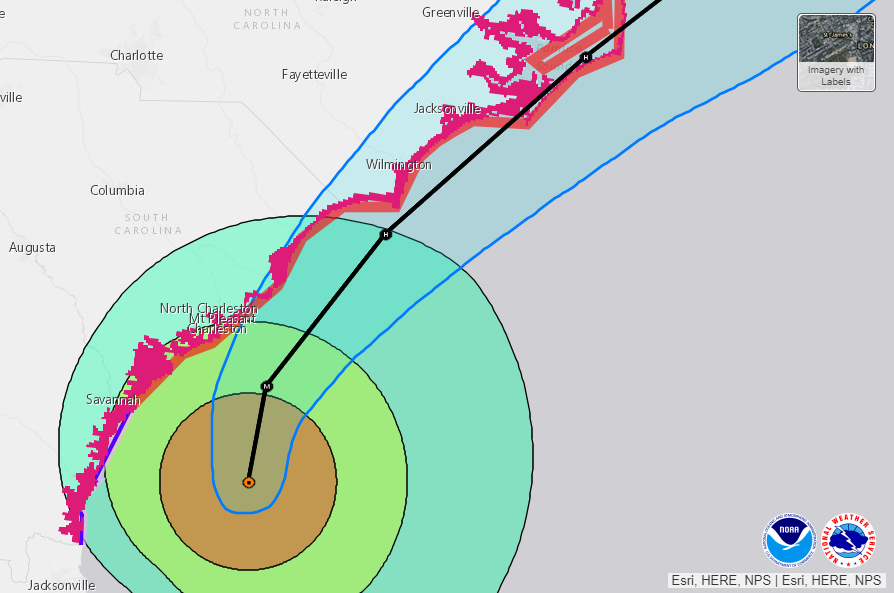 Satellite imagery indicated that the cloud pattern associated with Dorian was a little better organized with a clear eye surrounded by a ring of very deep convection. This trend was confirmed with data from both NOAA and Air Force reconnaissance planes, which measured a minimum central pressure of 955 mb. SFMR and flight-level winds support an initial intensity of 100 kt. In fact, Dvorak numbers also call for 100 kt.