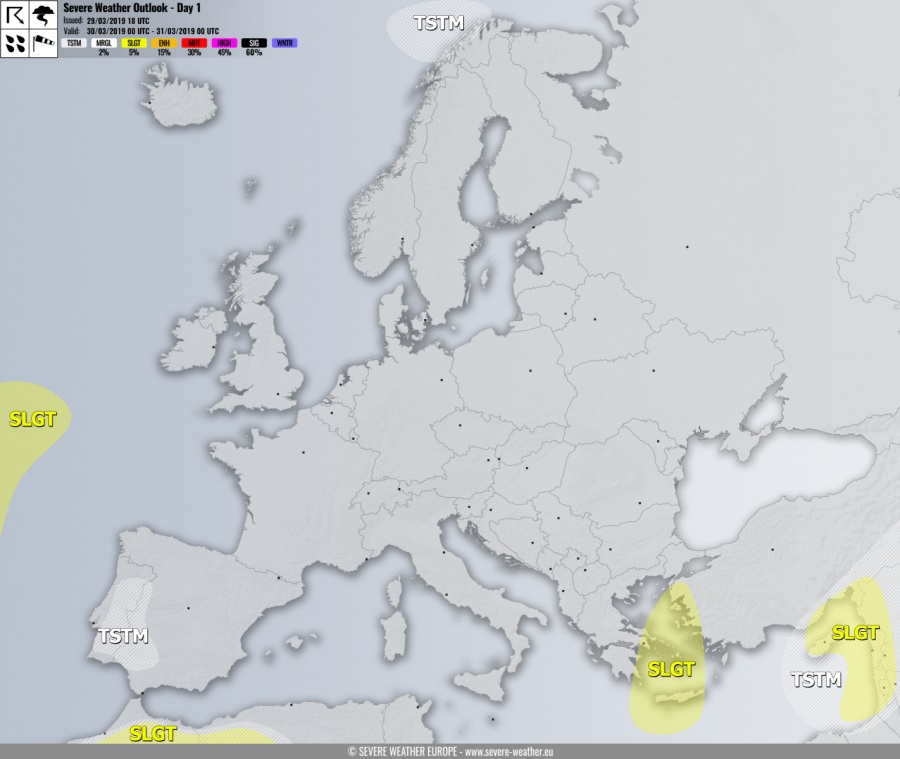 An upper ridge is centered over central Europe and the Balkan peninsula, while a deep trough is located over N Europe. A large upper low moves across the E Mediterranean and another one is still W of Morocco. A small upper low with a surface cyclone is located NW of the Iberian peninsula.

SLGT risk has been issued for the E Mediterranean into the Middle East for isolated severe storms, capable of producing severe winds, torrential rainfall, large hail and some tornado threat.

SLGT risk has been issued for W Turkey, the Aegean sea, SE Greece and Crete with threat for severe winds locally in excess of 100 km/h.

SLGT risk has been issued for N Morocco and NW Algeria with threat for severe storms, capable of producing large hail, severe winds and torrential rainfall.

SLGT risk has been issued for parts of Atlantic NW of the Iberian peninsula, where a small but intense cyclone results in severe winds in excess of 100 km/h.