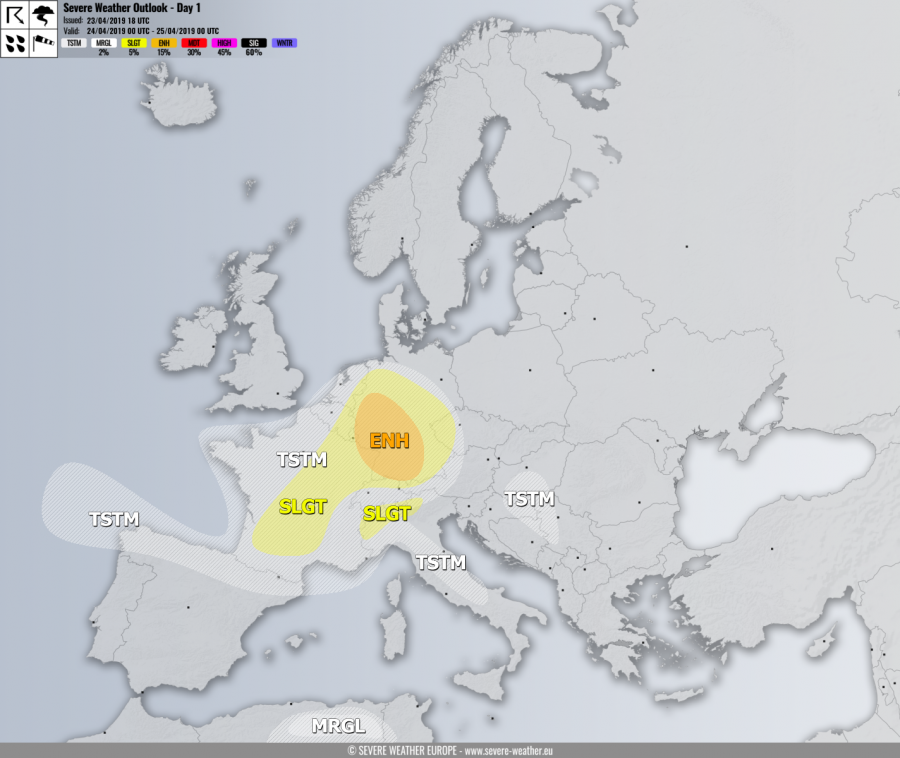 An upper ridge remains over the eastern half of Europe while deep trough enters Iberian peninsula and the Bay of Biscay. A short-wave trough pushes across France and Benelux. At surface, a large and deep cyclone is located over W Europe. 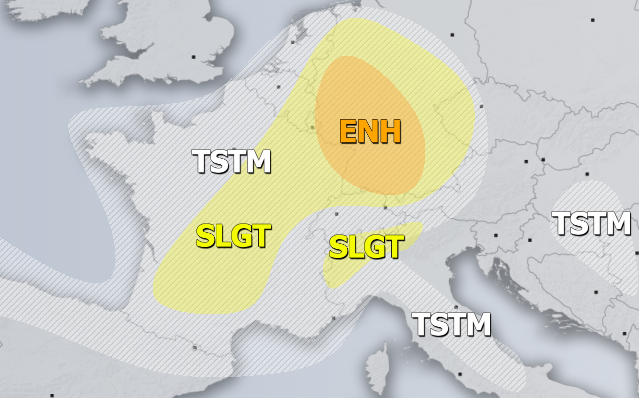 ENH risk has been issued for west-central Germany with threat for severe storms, capable of producing severe winds, torrential rainfall and marginally large hail. Some models are hinting development of a convective line along the rapidly moving cold front from the E France across Germany towards Poland. Moderate instability and strong shear appear likely to support organized storms, including supercells and large hail and severe winds threats.

SLGT risk has been issued for areas surrounding ENH risk including most of Germany, E Benelux and east-central France with more isolated threat for severe storms, mainly capable of producing marginal hail, torrential rainfall and severe winds. SLGT risk has been extended towards S France where some severe storms are possible near the core of the trough where moderate instability and shear overlap as well.

SLGT risk has been issued for NE Italy with threat for excessive rainfall in the southern Alpine flank, locally more than 100 mm is possible.

MRGL risk has been issued for N Algeria with threat for isolated severe storms, capable of producing severe winds and marginally large hail under a strong shear and moderate instability.