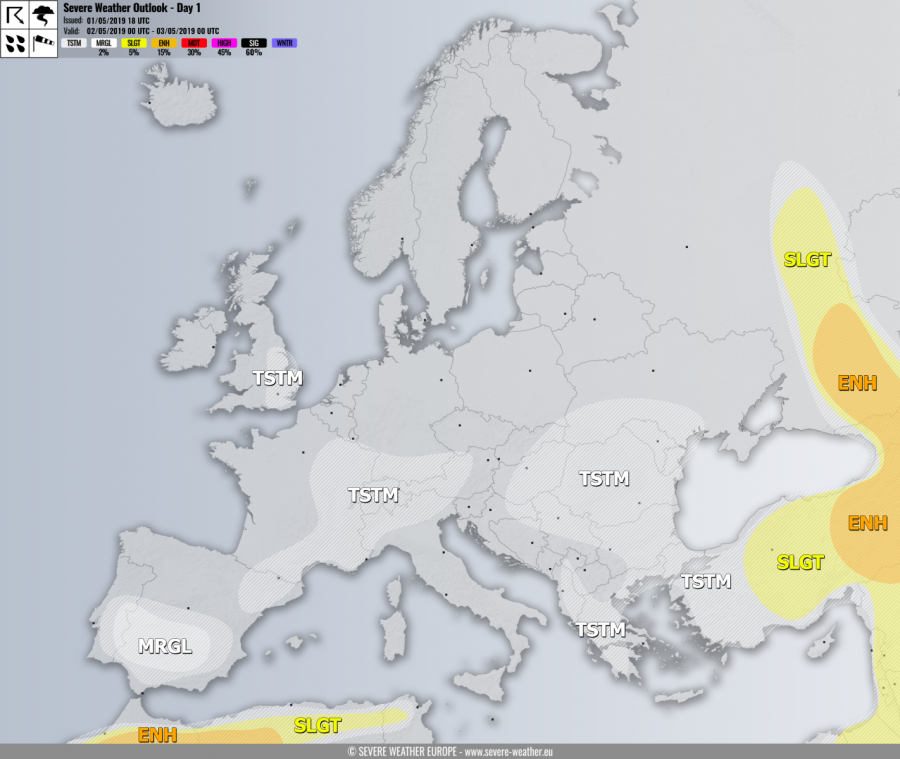 A deep upper trough develops over the N Europe while strong upper ridge persists over the Arctic region. One upper low moves across NW Africa. A short-wave trough moves across France towards the Alps, another one moves from Greece and Turkey towards the Middle East while another one ejects from Ukraine into SW Russia. 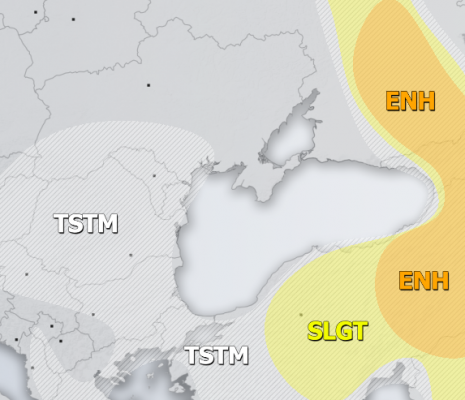 ENH risk has been issued for SW Russia, Georgia into E Turkey wit threat for severe storms, capable of producing large hail, severe winds, torrential rainfall and some tornado threat. A decaying upper low moving into Russia will again develop widespread severe storms near and along the cold front. Well-Organized storms including supercells are likely given the strong shear and instability in place.

SLGT risk has been issued for areas surrounding the ENH risk across SW Russia, east-central Turkey and the Middle East for the more isolated threat of severe storms, capable of producing severe winds, large hail and torrential rainfall. Some tornado threat exists along the warm front across the northern part of the SLGT risk area. 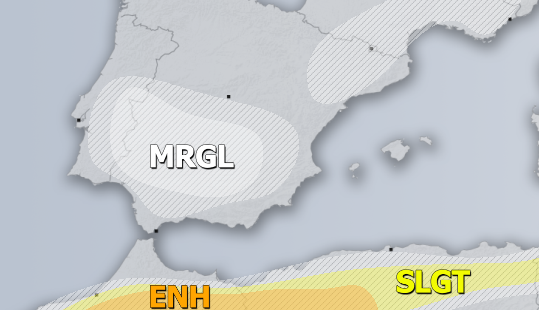 ENH risk has been issued for N Morocco into NW Algeria with threat for severe storms, capable of producing large hail, severe winds, torrential rainfall and some tornado threat. Strongly sheared and the unstable environment will support organized storms, including supercells with tornado and large hail threat where LL helicity will be maximized near the warm front and easterly winds.

MRGL risk has been issued for S Spain and E Portugal with isolated threat for severe storms, capable of producing severe winds, marginal hail and heavy rainfall. Strongest cells could bring accumulated hail as storms will be quite slow moving again.

Share on TwitterShare on RedditShare on FacebookShare on PinterestShare on WhatsApp
Outlook DAY 1 (valid: 01/05/2019)
← Previous
Extremely severe Tropical Cyclone Fani heads for a devastating landfall in eastern India tomorrow
Next →
Comments are closed.