The Adriatic sea has hit 29-30 °C in its northernmost part already on Tuesday, and will be getting even warmer by the end of the week. 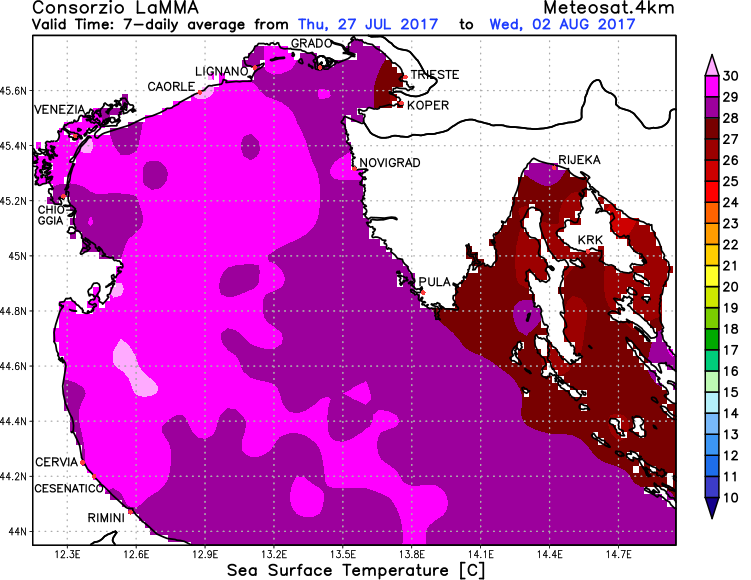 7-day sea surface temperature average over the northern Adriatic: very high temperatures in the 28-30 °C range over the past week. Map: Consorzio LaMMA.

Temperatures along the northern coast (Friuli, Veneto – north Italy) have already reached 28-30 °C and locally even higher, in the quiescent lagoons (Grado, Venezia). 29 °C mark at 2 m depth was also reached at the Debeli Rtič (Zora) station on the Slovenian coast. 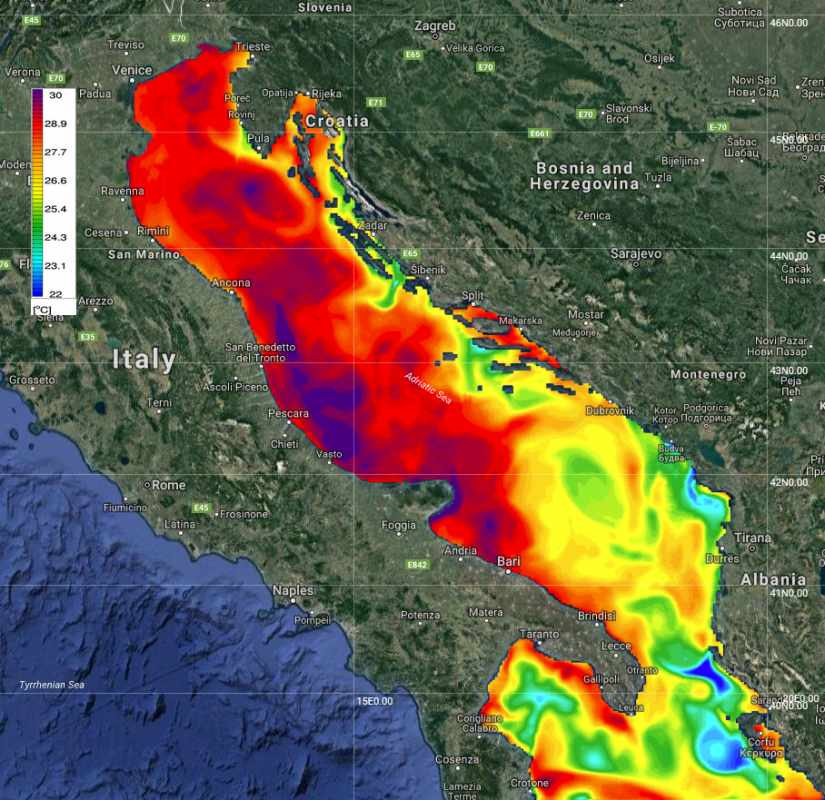 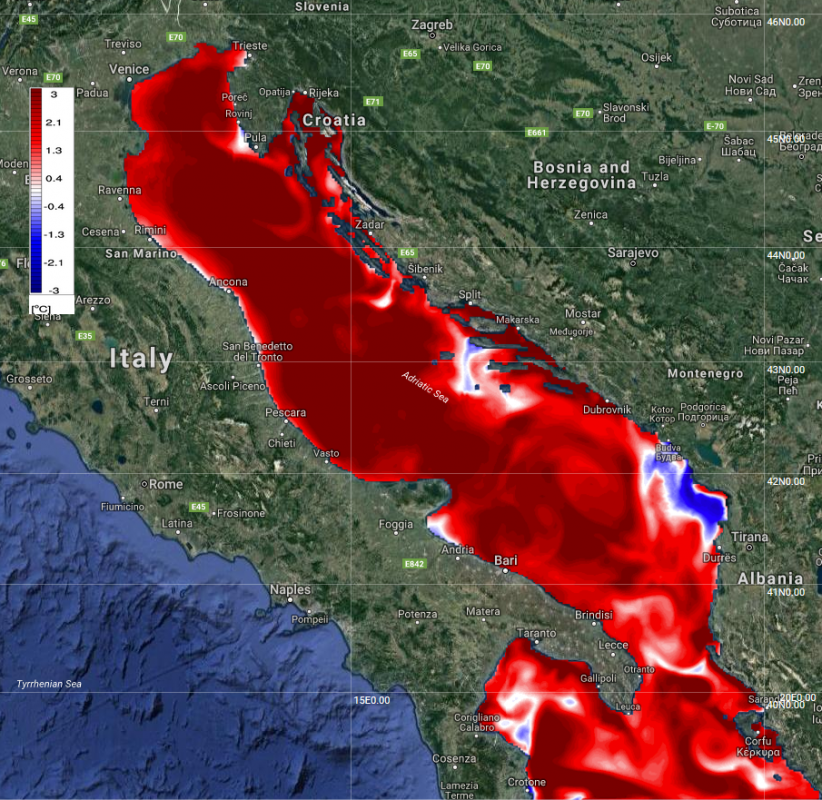 Overall these temperatures are well above the long term average, with temperature anomaly exceeding +3 °C across much of the Adriatic sea, compared to the long term average. Very high sea surface temperatures inhibit night time cooling along the coastal regions, indeed many locations along the coast of northern and western Adriatic will not drop below 30 °C (air temperature) at night over the next few days. Also, increased rates of evaporation increase humidity and may well result in higher instability and intense thunderstorms across the region during any forthcoming cold fronts.