The temperature of the Adriatic sea is peaking today, ahead of the Tramontana and Bora/Bura winds expected late today and tomorrow. Much of the sea is now at 28-30 °C. In particular, the warmest areas are in the northern Adriatic, around the Venice lagoon and the coasts of Emilia Romagna, Veneto, Friuli, the Slovenian coast and northern Istra (Croatia). 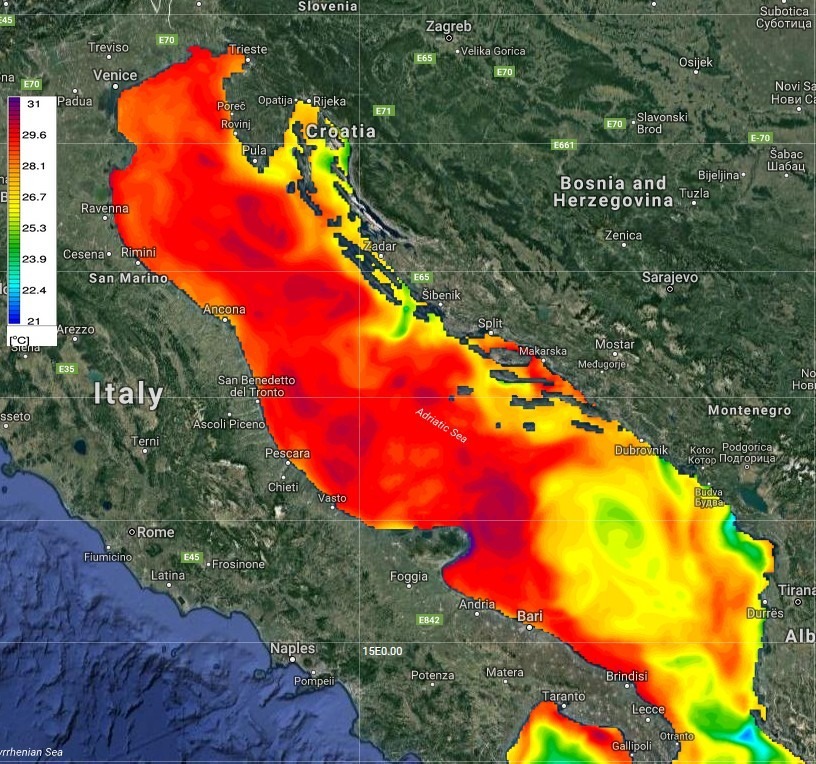 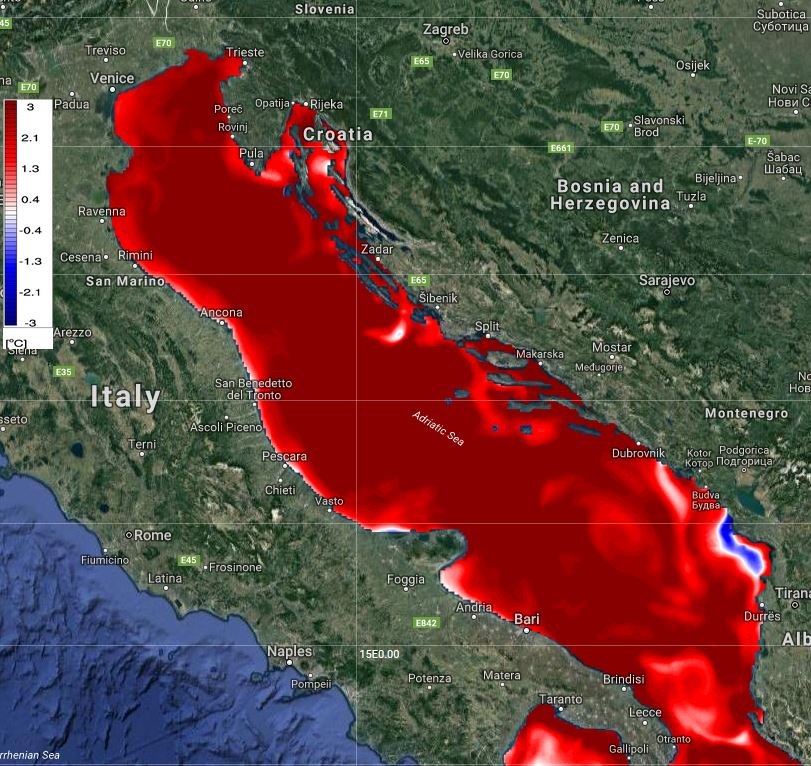 Slightly less warm waters, with temperatures mostly between 26 and 28 °C are present in the Kvarner region in Croatia and in the southern Adriatic along the coast of Montenegro and northern Albania. 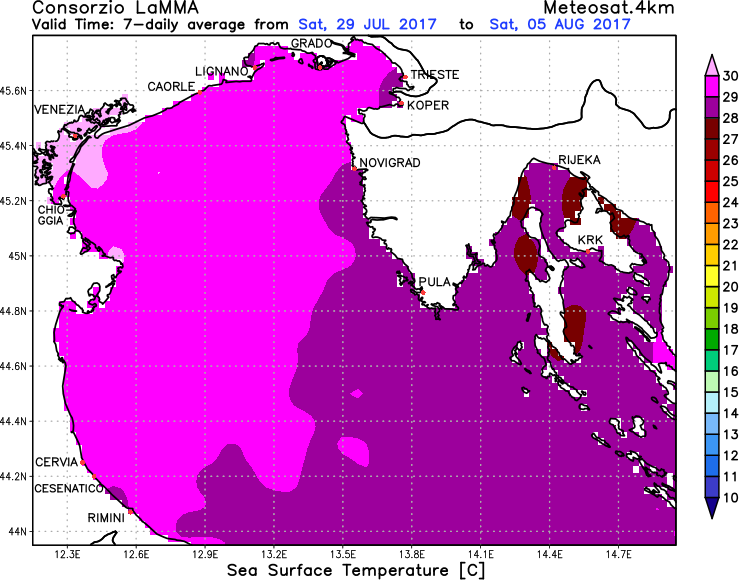 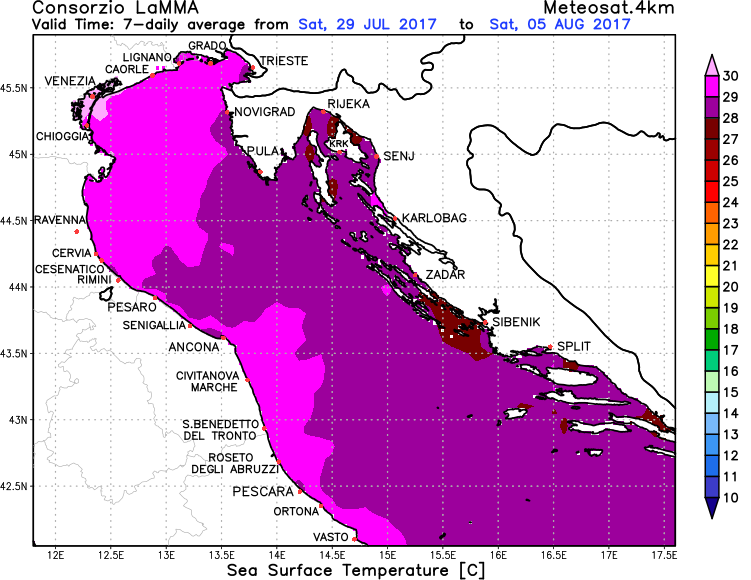 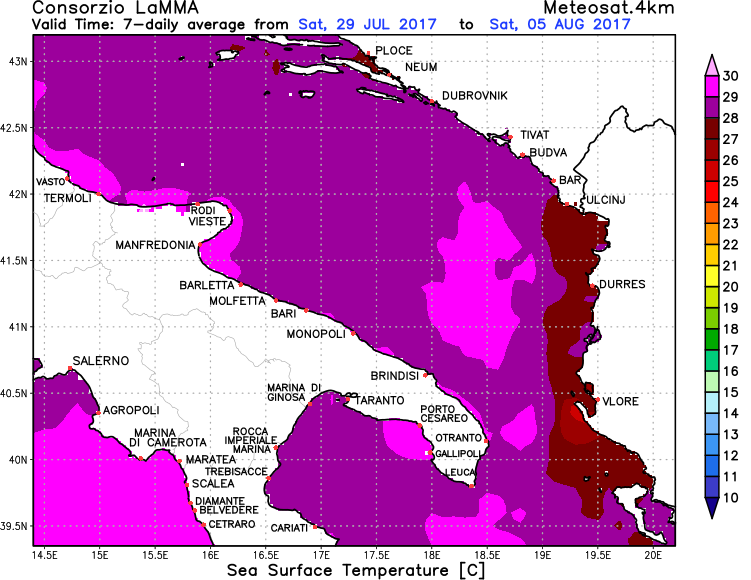