The persisting ridging over the northern half of Europe is finally coming to the end this weekend and more dynamic and cold weather is expected next week into the last days of October. At least two Arctic cold outbreaks will push across our continent, the first one over the eastern half and the following one more towards the western half of Europe.

First signals of changing pattern are seen late this weekend into early next week when a strong ridge develops over the N Atlantic and troughs are pushed across eastern Europe towards the south. One upper low ejects across the Balkan peninsula towards the central Mediterranean and brings colder weather into the region from Monday to Tuesday. 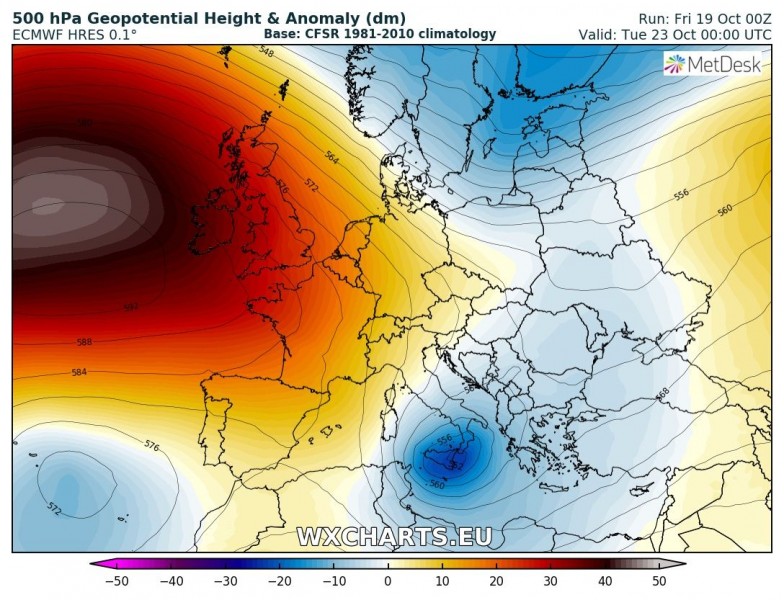 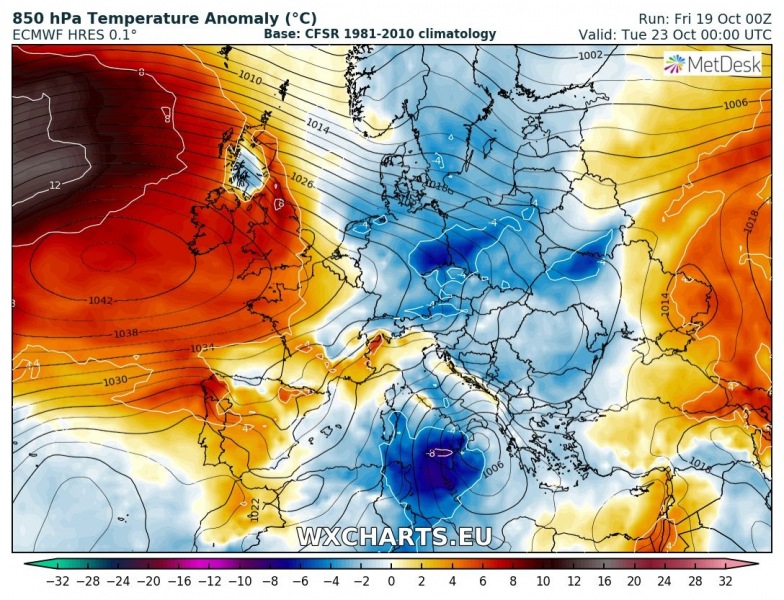 More significant change in the weather pattern starts by mid next week when ridge strengthens over the N Atlantic and establishes a dipole pattern with a deep trough over eastern Europe. In between, strong meridional flow advects much colder airmass from the Arctic region across the central Europe, Balkan peninsula into the SE Mediterranean. 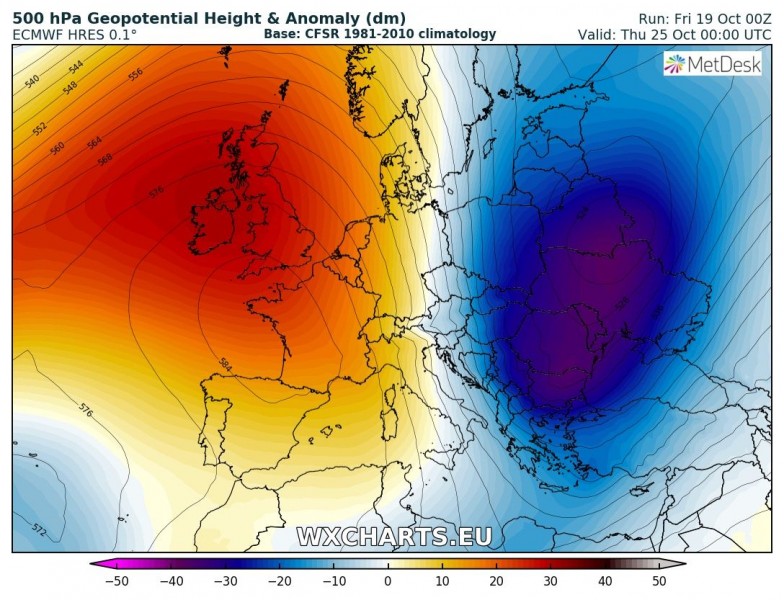 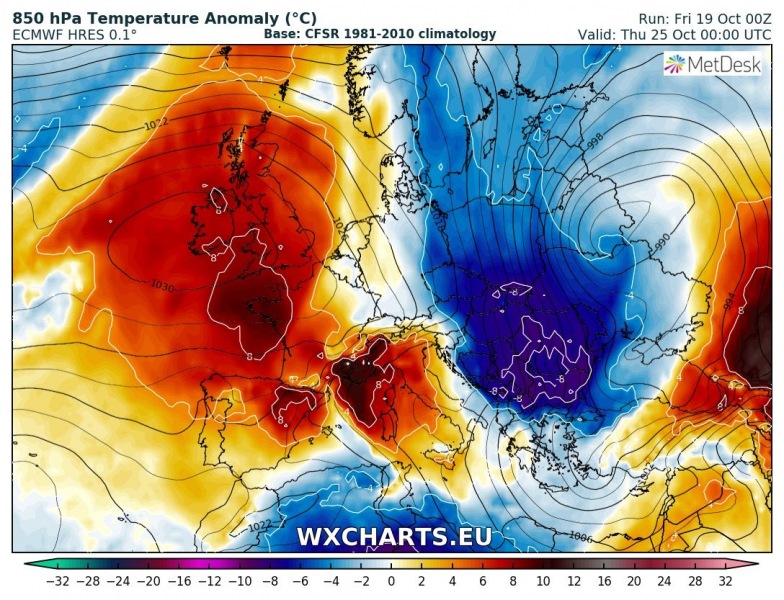 After this first cold outbreak dissipates, new Arctic cold advection is becoming more likely also further west, across the western half of Europe towards the weekend. As N Atlantic ridge moves further north into Arctic region, it allows a deep trough and much cold airmass advection towards central and western Europe, finally into the W Mediterranean as well. An intense cold front would then push across the Iberian peninsula and far towards Algeria as well, with snowfall in the mid altitudes easily. 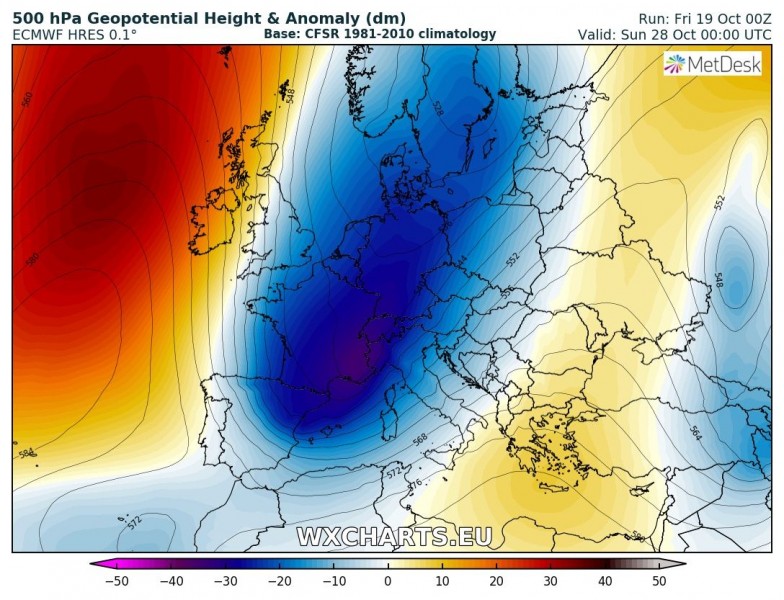 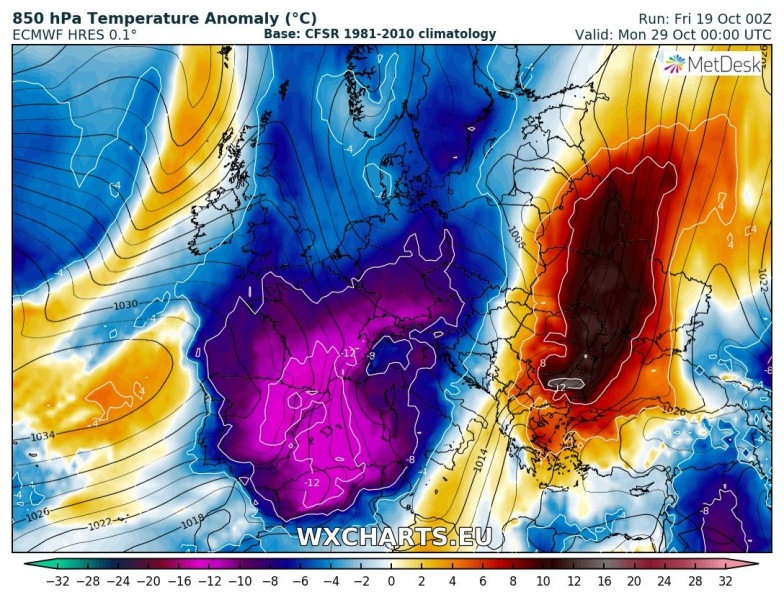