The weather pattern is now in place for a severe torrential rainfall event across the central Mediterranean. Areas around the Tyrrhenian sea and the area between Sicily and Tunisia will receive extreme amounts of rainfall. Additionally, severe thunderstorms are expected, with the potential for large hail, severe straight line winds and tornadoes. 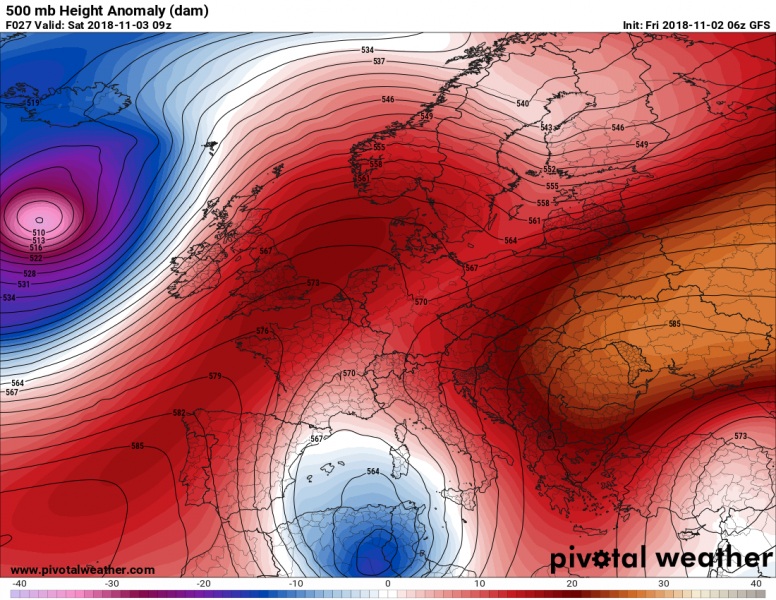 Synoptic situation across Europe and the Mediterranean on early on Saturday. The cutoff low is located over N Tunisia / NE Algeria. Map: Pivotal Weather.

A fairly deep cutoff low is centered over NE Algeria and N Tunisia and gradually moves north towards the Tyrrhenian sea over the weekend. In the southeastern and northeastern quadrants, warm air is advected from the southern Mediterranean. Up to 800-1500 J/kg MLCAPE develops along the frontal zone and under the cutoff low. Persistent torrential rainfall is expected along the slowly moving frontal boundary, which will be characterized by training thunderstorms. Convective rainfall combines with intense orographic rainfall as strong southerly and southeasterly winds, along the high terrain of Sicily and southern Italy. Strong orographic rainfall is likely also across Corsica and Sardinia on Sunday.

Severe thunderstorms are expected along the frontal boundary. Strong deep-layer shear (40-80 kt!) overlaps with moderate instability, up to 1000-1500 J/kg. Conditions will certainly be in place for supercell thunderstorms, with main threats for torrential rainfall, large hail and severe straight line winds. 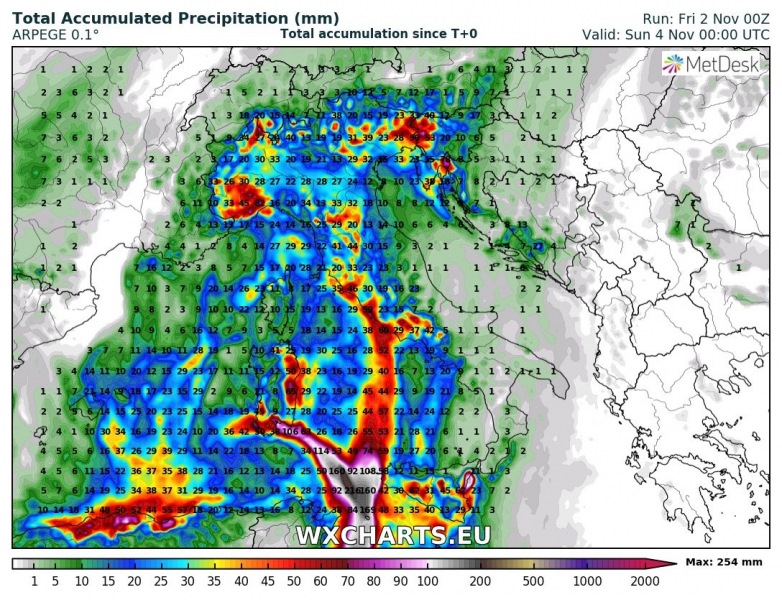 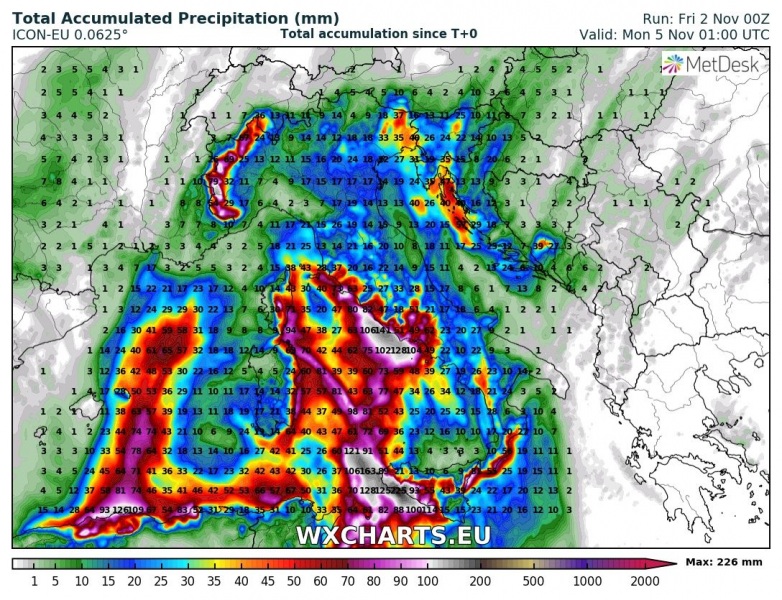 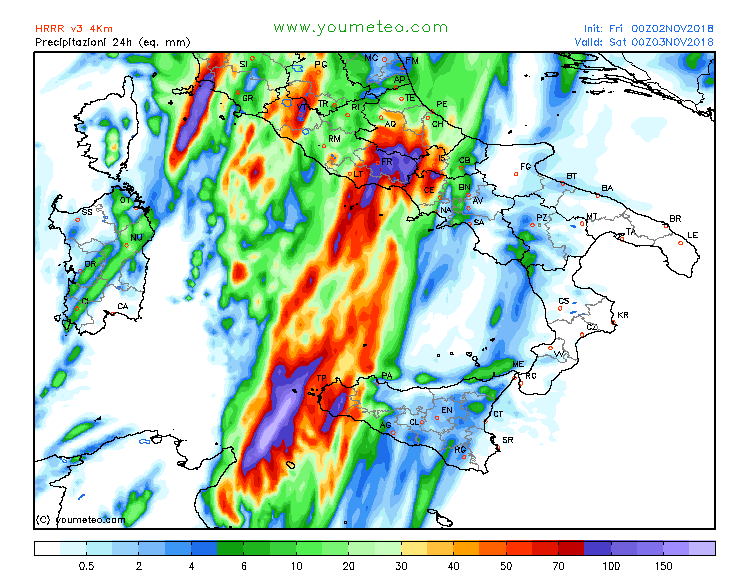 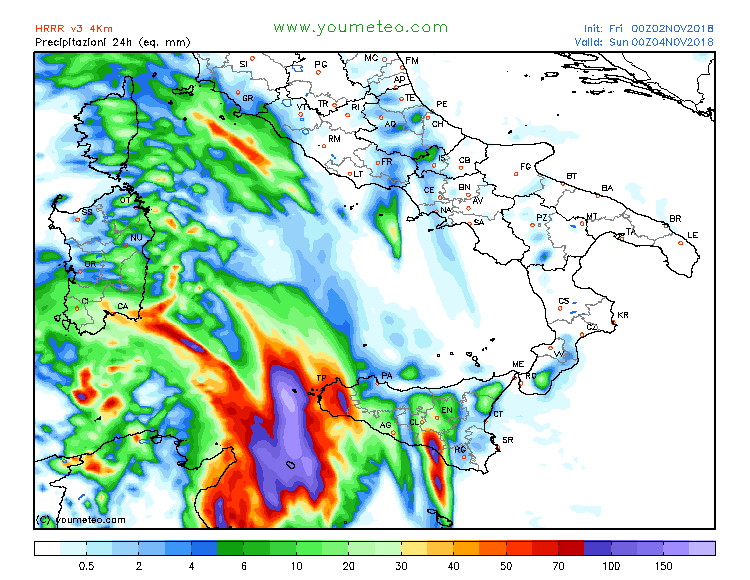 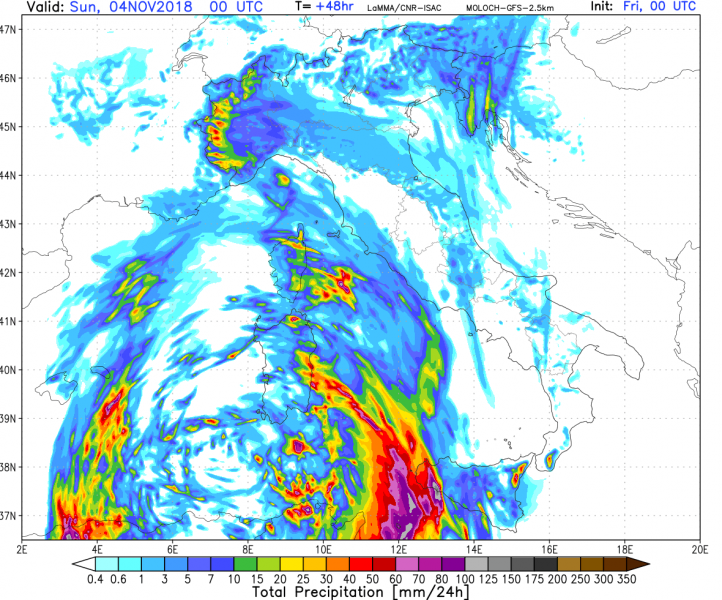 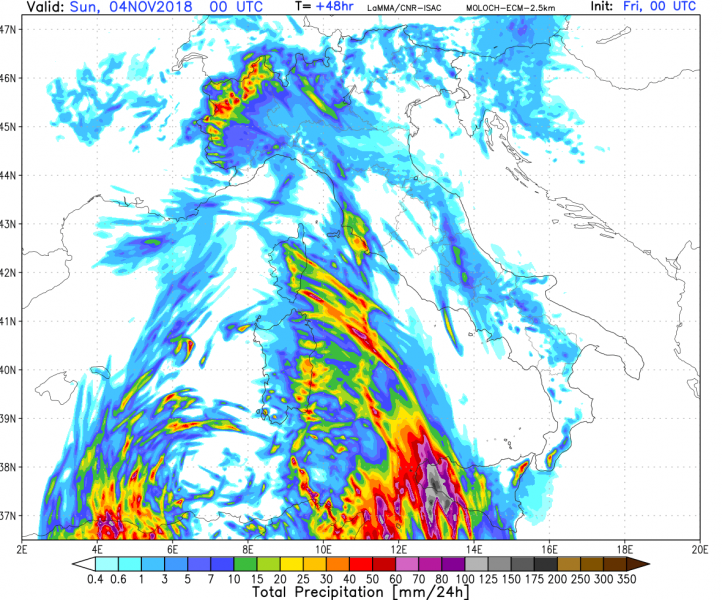 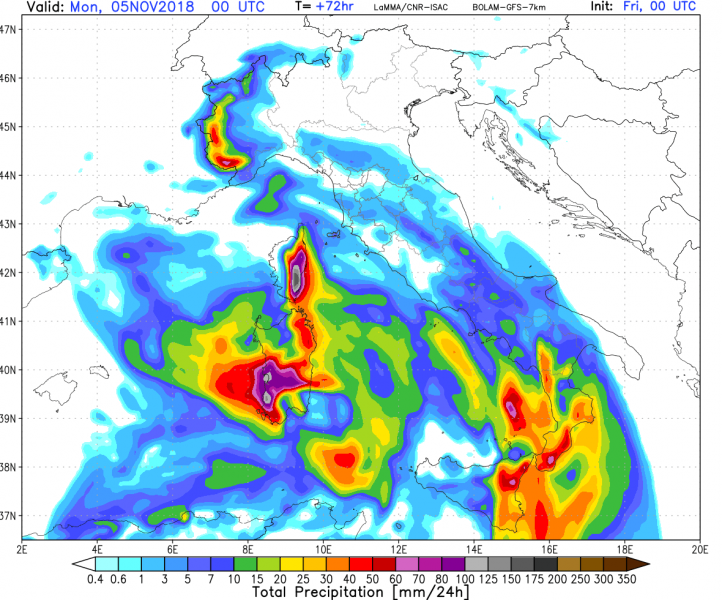 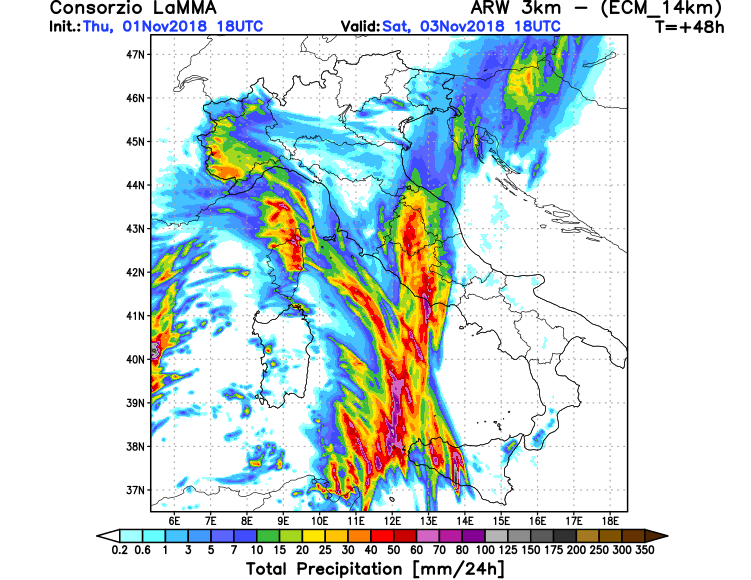 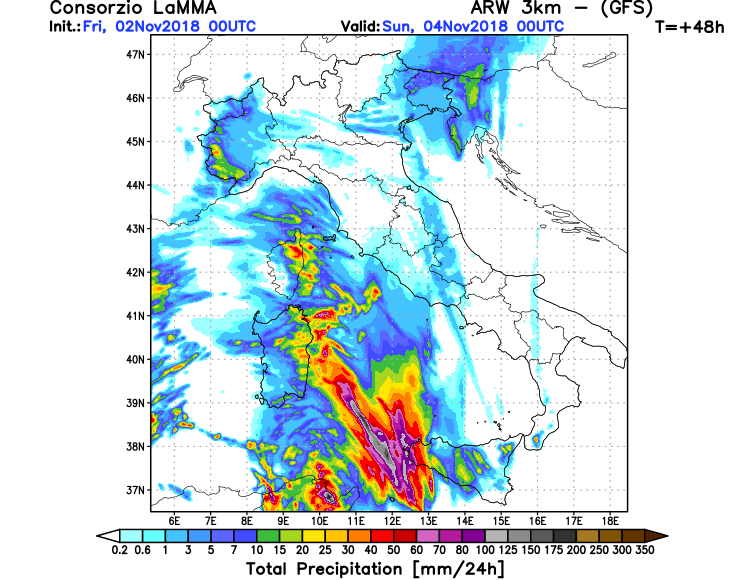